Hey guys I'm always watching the forum and am constantly impressed with the projects a lot of members are capable of. Having said that I'm attempting to gut and rebuild a Privateer Retriever I picked up at a decent price as my first fiberglass job ever. I plan to cut out the deck, stringers and transom since they're shot. I plan on taking on the transom first then securing the boat on 6x6 ties to avoid the hull from "warping" before moving forward. After some research I think I'm going to use the following:

-1/2 fir plywood for stringers, deck and two pieces sandwiched together for the transom
- 1.5 Chopped strand mat (50"x25 yard roll)
- 1708 for tabbing the deck and stringers in as well as a layer on the face of transom (50'x15 yard roll)
- 5 gallon poly resin w/ hardener
- Cabosil and 1/4 chop strand for fillets


Obviously I will need other odd and end supplies such as sand paper, rollers, brushes etc but how close am I will the amount of fiberglass supplies I mentioned above? I don't have an exact square footage of the boat but I know multiple people have rebuilt this particular boat in the past and input on the amount of supplies would be greatly appreciated..

I should also mention that the boat is going to be set up as an open boat with a tiller to be used in the bay for scalloping, clamming and duck hunting so it doesn't have to be pretty. I just want it solid!! I tried posting on The Hull Truth but got limited feedback, any help would be great, thanks again
Last edited: Jun 14, 2013
W

I'm not sure if 5 gallons of resin will be enough for what your doing with 1708 and mat. It seems like 1708-1808 really sucks up the resin. I think the numbers I see for resin on 1708 must be very optimistic or they're for vacuum bag work. I laid down 1808, new foam stringers,a coosa transom and I'm now Laying a nidacore and glass deck. I'm on my third 5 gallon bucket of resin. Maybe my hand laying technique is more wasteful than other folks, but if you're just starting out I'd plan on more resin. Good luck and post pics!,
G

Wiggy thanks for the reply, what size boat are you rebuilding? Those composite materials you're using are real nice but def won't be used in my application since I'm trying to keep the cost down as much as possible. I want to keep the boat as simple as possible without too many different materials that's why I'm thinking of using the CSM and 1708 combo. Would 2 layers of CSM on the face of the deck be enough strength with 1708 tabbed up the sides of the boat or should I use 1708 to cover the whole thing? 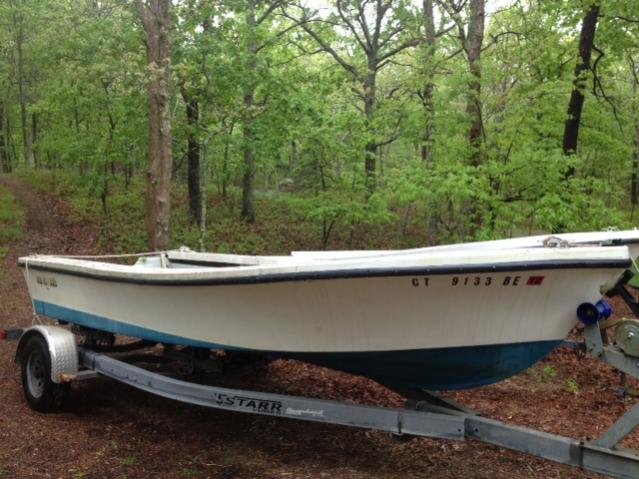 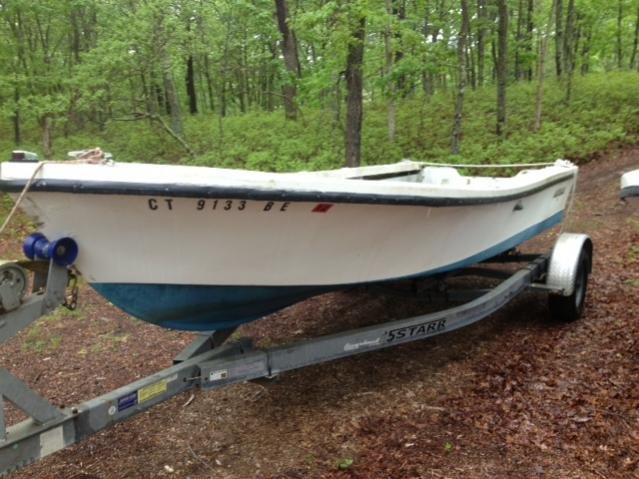 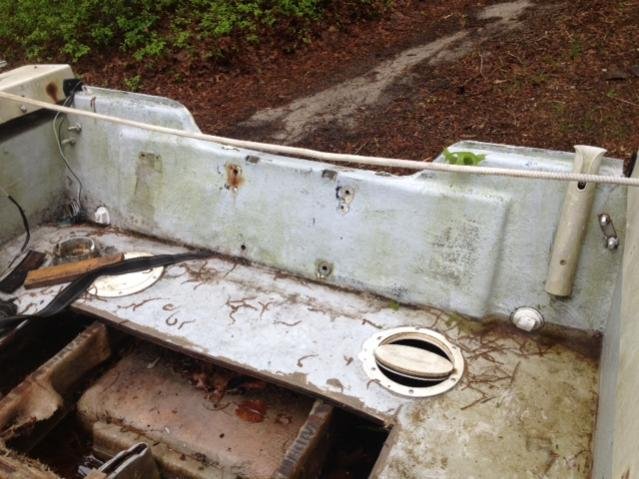 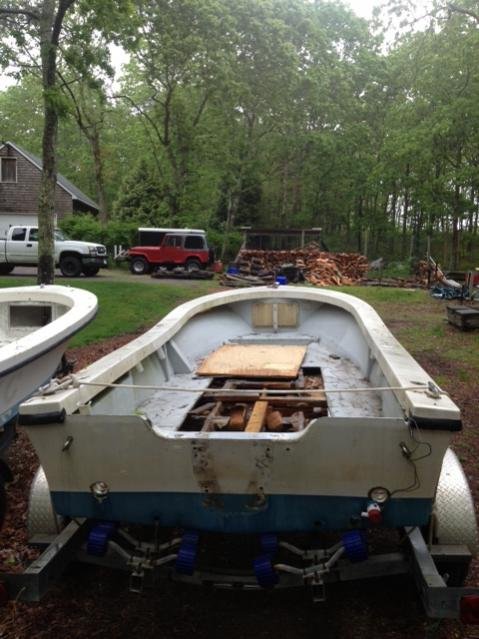 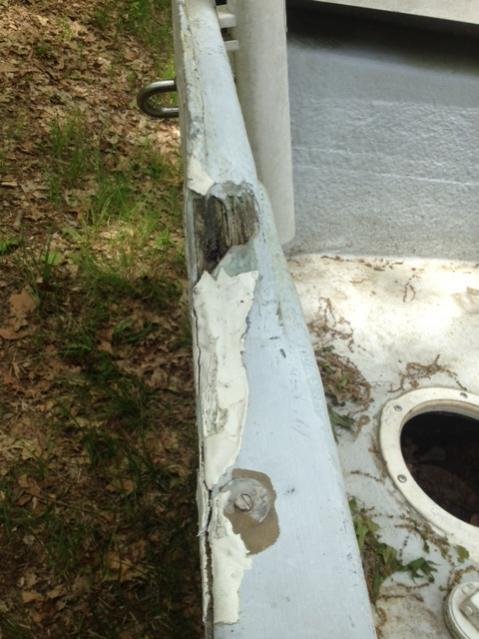 Cool project!! I have an 88' 18' and my deck is still good. What year is that hull?? Make sure you plan out sufficient ventilation for underdeck when you are done.
G

Thanks Blacktide, the hull is an '86 but def. looks like it was used commercially and the previous owner looks to have done modifications here and there on his own possibly causing the stringers, deck and transom to rot.... Not sure I follow you when you say ventilation under the deck, I planned on following the original stringer layout with a single pathway down the keel to allow for water drain. No inboard tank just foam under the deck when done.

These boats are notorious for having the floors rot out. The best way to combat that is allowing good air flow under the deck. If you have ANY water in the bilge you will get condensation on the underside of the deck and the tops of the stringers. The glass job on the stringers was another weak point on this hull. There are several ways to get the air flowing underneath. I have three access hatches on the deck two off I leave open. You also can design some vents that come up under the gunnels to allow some flow. I have 16 that's I'm my garage waiting the same treatment!
You must log in or register to reply here.
Share:
Facebook Twitter Reddit Pinterest Tumblr WhatsApp Email Share Link