Hi again!
So I got the boat in the water over the weekend & went out for a ride. For those not familiar, see my first post "26 Seaway/new member".
The new (to me) 225 Yamaha started right up & all gauges functioned as they should (I actually got all of those wires right!!).
Out of the harbor, I pushed the throttle up & she jumped right up on plane with no excessive bow rise. Wow, what a smooth ride! It cuts right through the chop & boat wake like butter.
It appears I have the engine set a little too high as I'm getting a lot of cavitation with minimal engine trim. That's an easy one to fix.
After 10 minutes or so, I gave it a quick WOT shot & held it there for 20 seconds or so. 36 mph but again, cavitation problems & I kept messing with the trim so I don't really have specific instrument readings. I took it back down to around 25 mph but a few moments later, rpm started dropping drastically. I pulled the throttle back & idled.
I quickly noticed the smell of gas & quickly popped open one of the inspection covers near the transom. FU...dge! gas in the bilge
End of ride!
I had put 20 gallons in each tank. Shortly before leaving the gas dock, I checked & the bilge was dry. Not now.
So, I need to start checking things like hoses but I have a feeling it's one or both tanks have leaks after sitting for 12 years. Did they have ethanol back then? When I picked up the boat nearly 8 months ago, there was 50 gallons in one tank which I pumped out.
Hmmm, now that I'm thinking about it, one tank had 50 gallons & the other was empty...ding, ding! Perhaps one tank is bad?
I could abandon the tanks altogether & buy a Moeller plastic 50 gallon tank which would fit in the forward storage area under the console.
Question, I wonder what the relation is between the fuel in the bilge and losing rpm??? Perhaps a supply line is faulty & the engine started sucking air as the fuel went down instead of up? 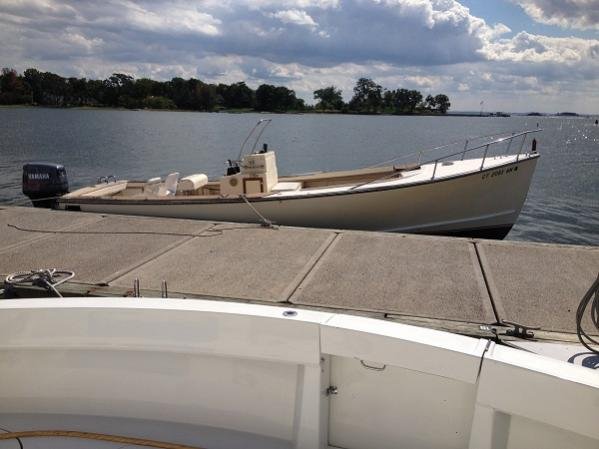 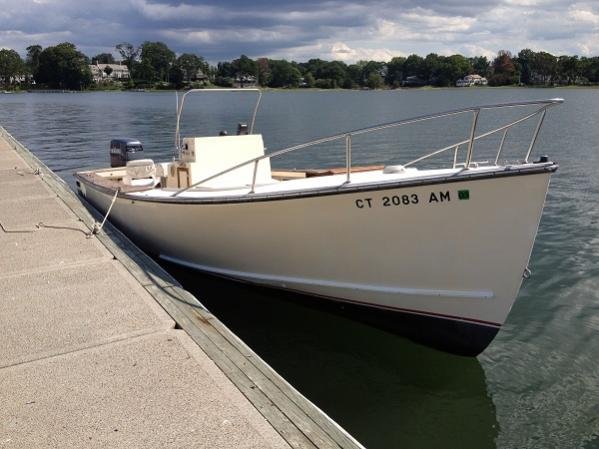 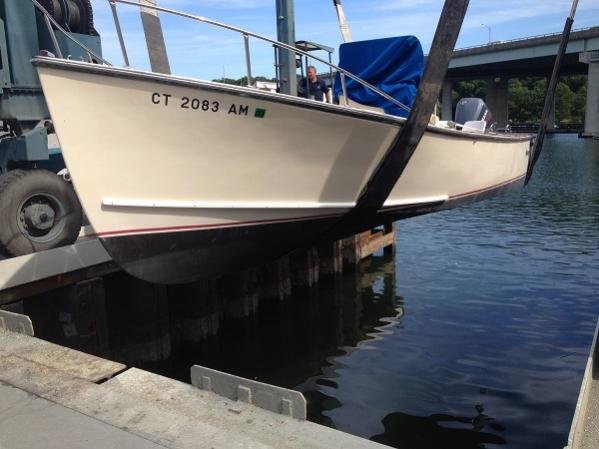 Yes to your questions on RPM drop but not stal out and Yes there is a leak. Any air leaked into a fuel system for this type of OB would cause less than optimal fuel flow. It could be semi clogged filters, fuel lines anything else in the system that feeds the fuel in. The fuel system is in a vacuum so to speak so air got in some where or partial clog. The lines should be dated when manufactured, if they sat or are old, they can peel off inside. Disconnect and pump some gas in a glass jar, if black specs are seen it the fuel lines, check any filters too drain into a glass jar to see if any particles. You could test by just get a little portable gas tank and connectors for your OB and hook it up directly to the OB with freshy clean gas and see if this solves it before going whole hog on the system.