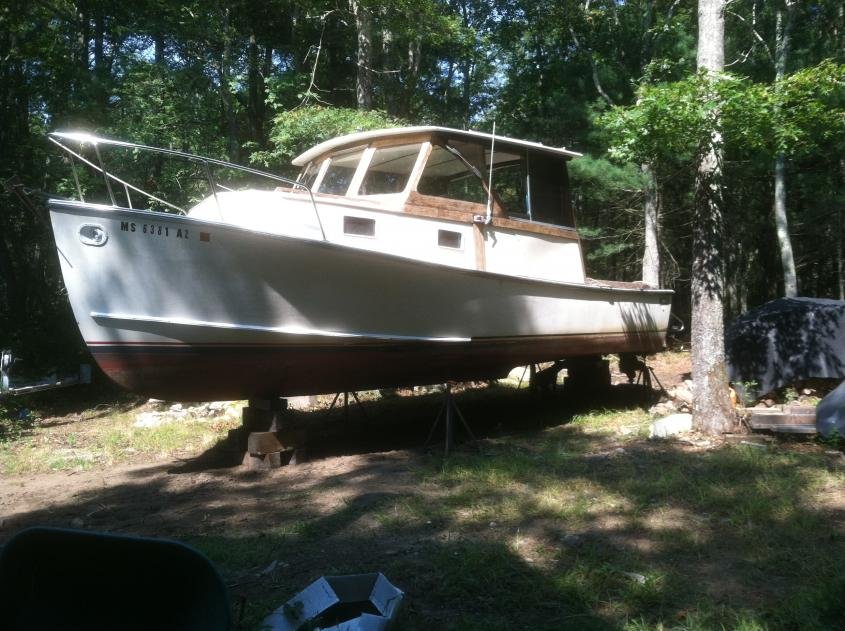 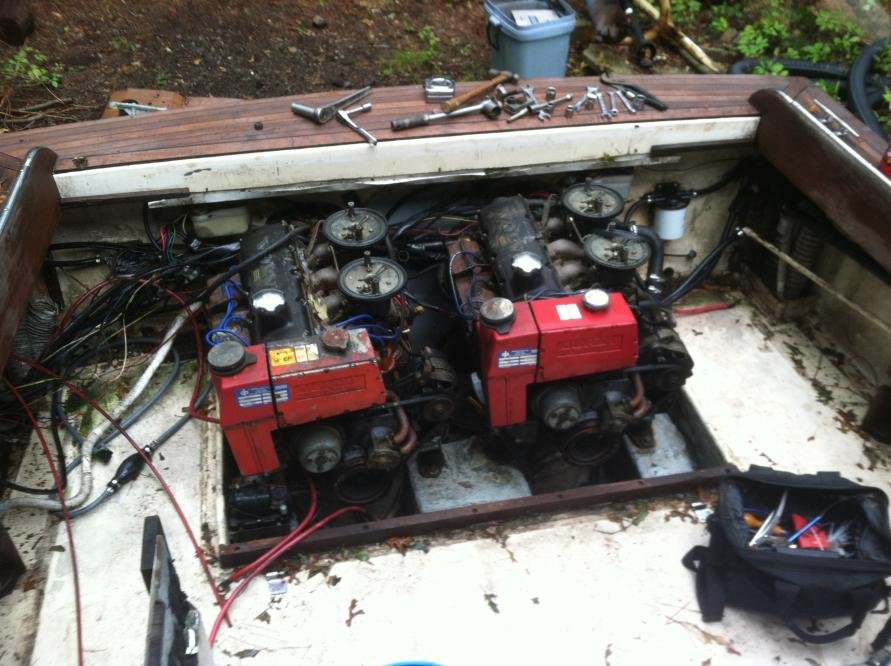 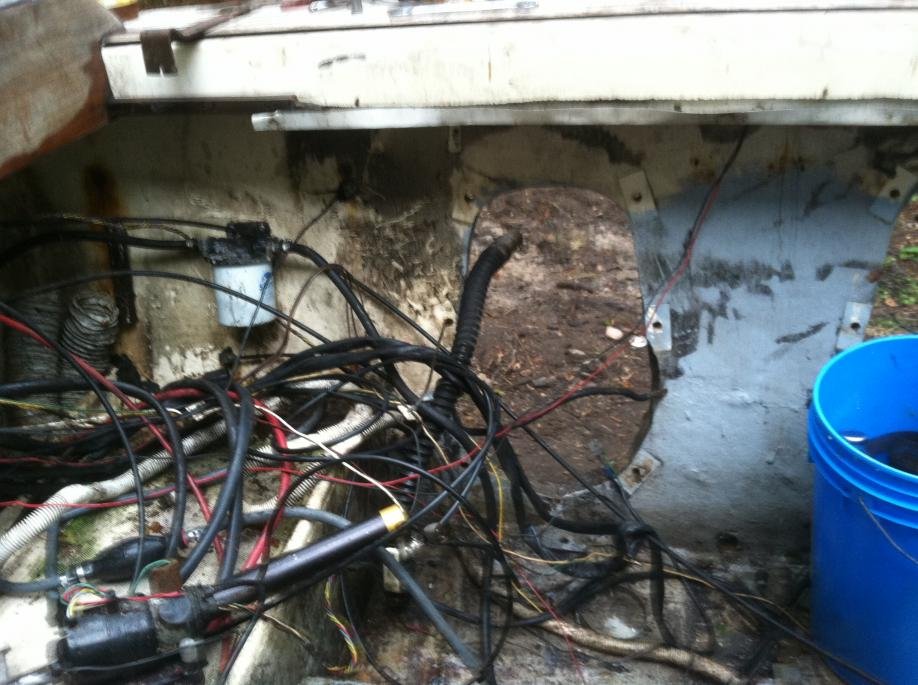 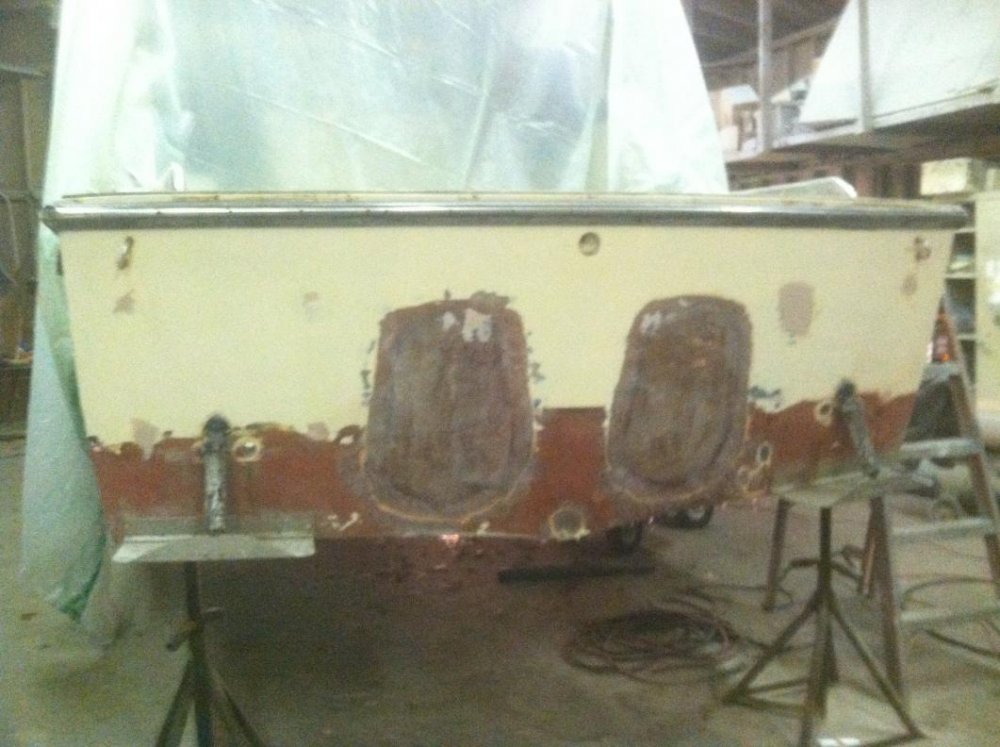 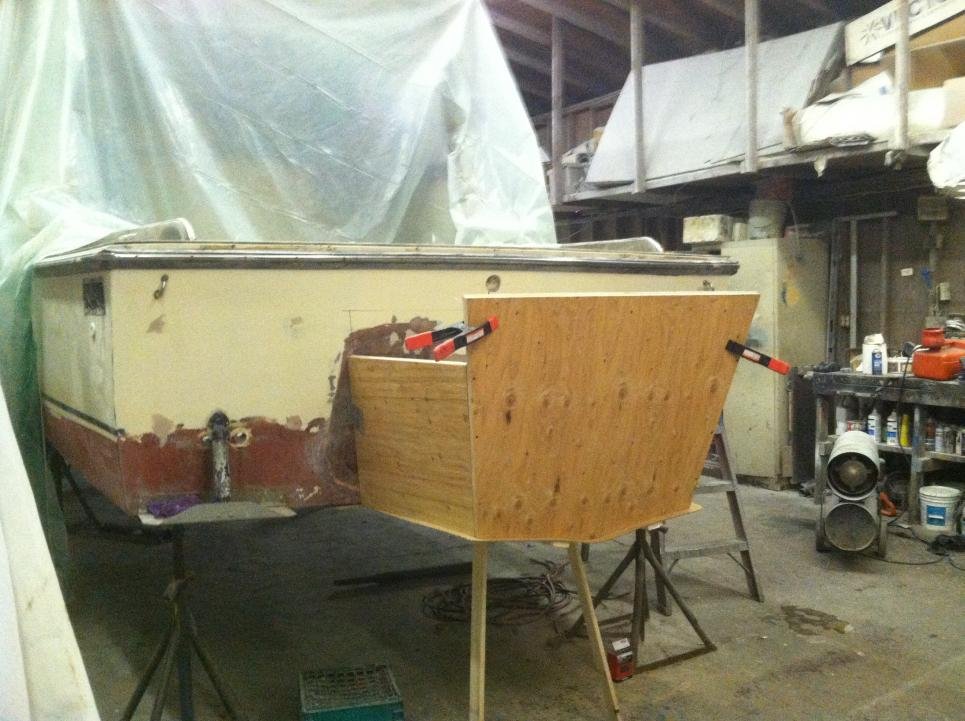 Swim platform should be on next week 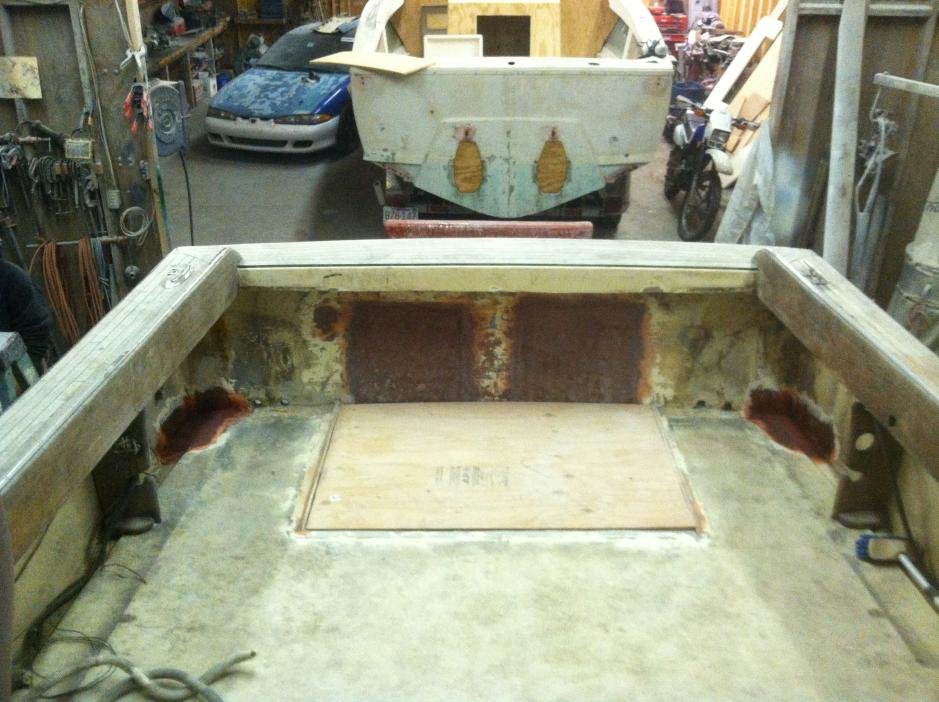 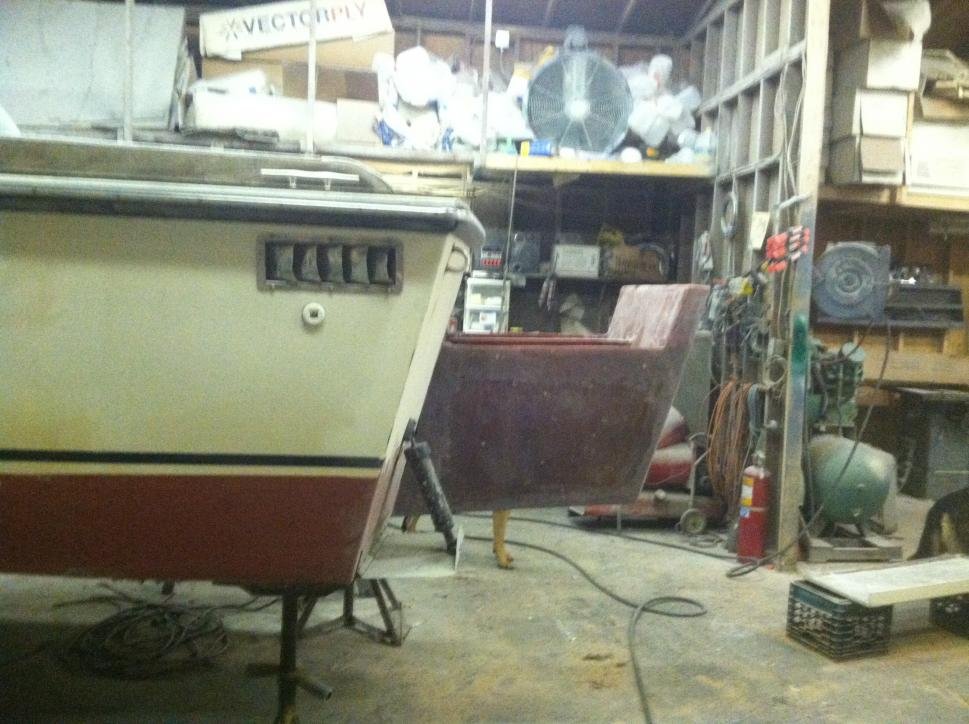 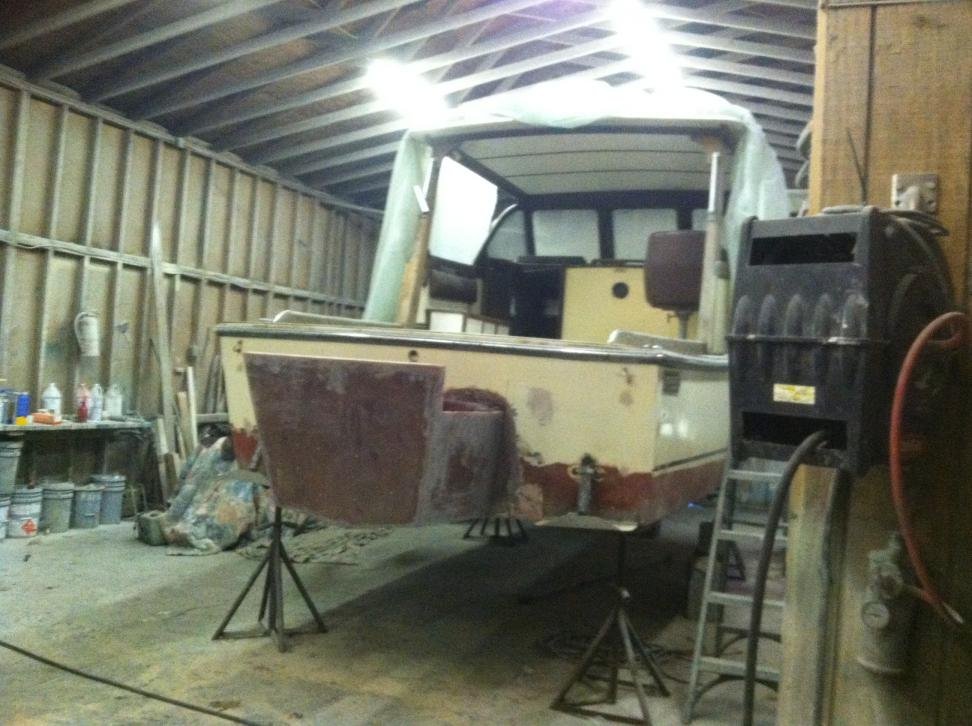 If your going with a 4 stroker you better beef that brackett WAY up!
FWIW, Been there...done that!Jo
C

The brackets not done yet. After the swim platform is glassed on it gets a row of bolts across the top. Bill Sartini in Tiverton, RI (ROS Boats) is building the bracket for me. It ended up being close to the same money as an aluminum bracket for him to do all the glass work. The sides and bottom of that bracket are about 3/4" solid glass. He builds alot of brackets. Here is an old Blackwatch he recently finished.

Jo, I've seen your project. Very nicely done. I decided to go with a single 250 after seeing your performance numbers. 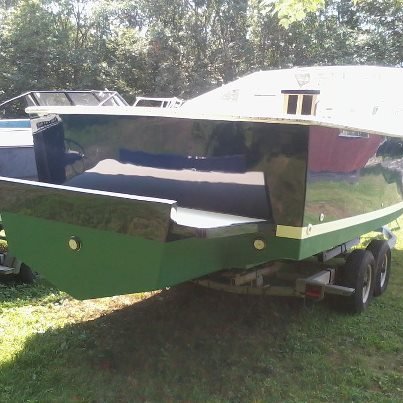 It's different from what I have seen because he actually extends the bottom of the boat. Should help with the floatation issues.

Good call on losing the IOs. A wise man once told me get it all in the boat or all out of the boat. Looks great.
C 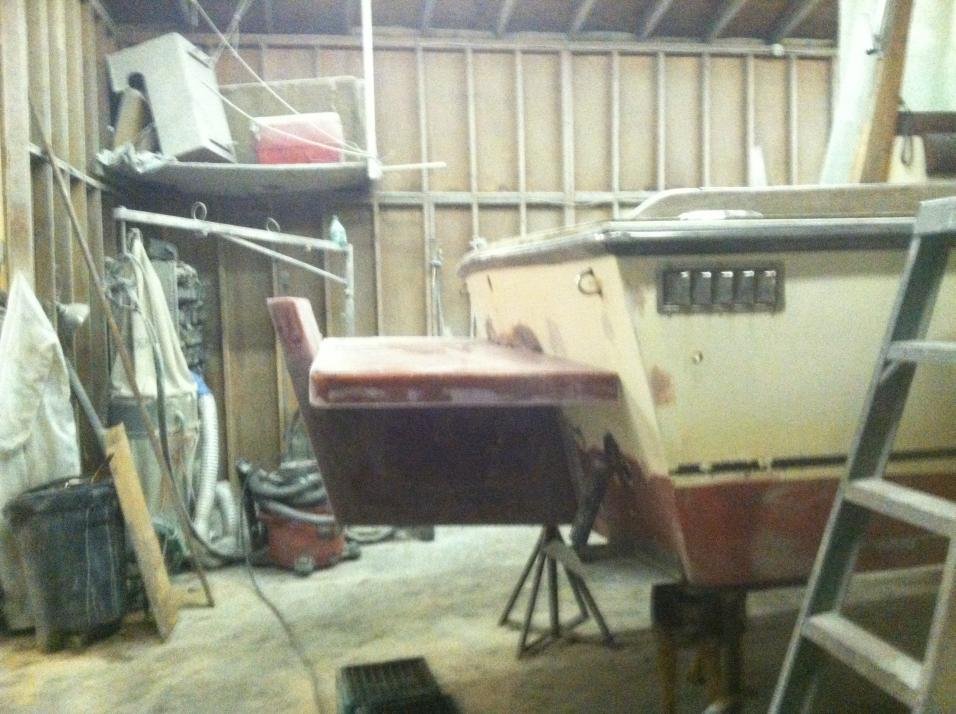 Ready to start rigging. Re-gelcoated hull along with the bracket 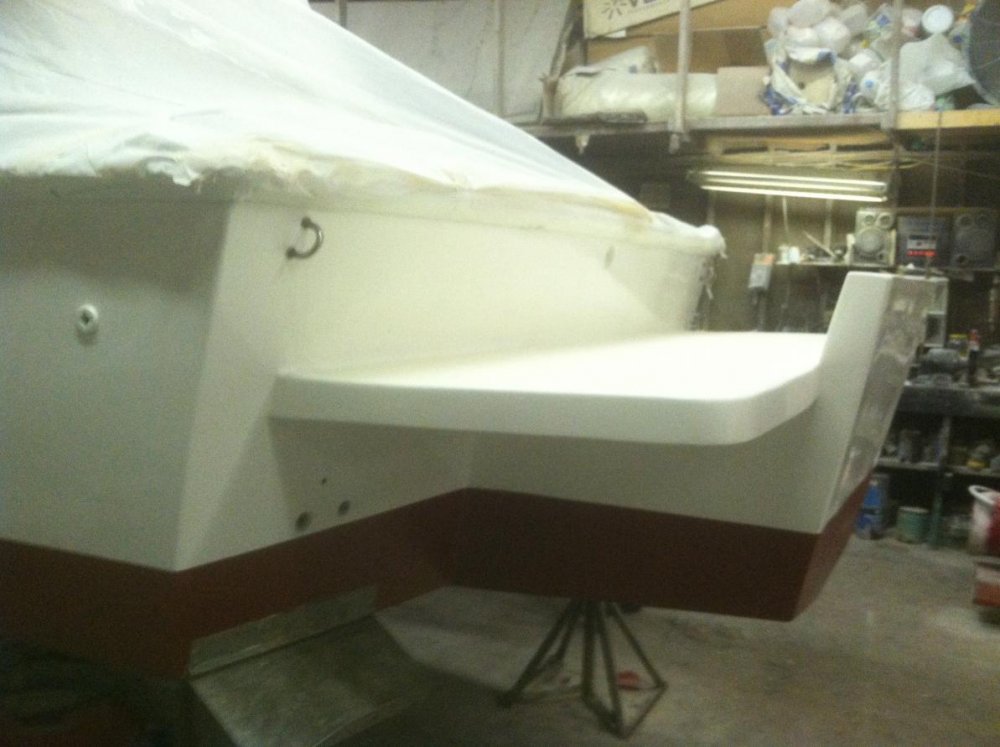 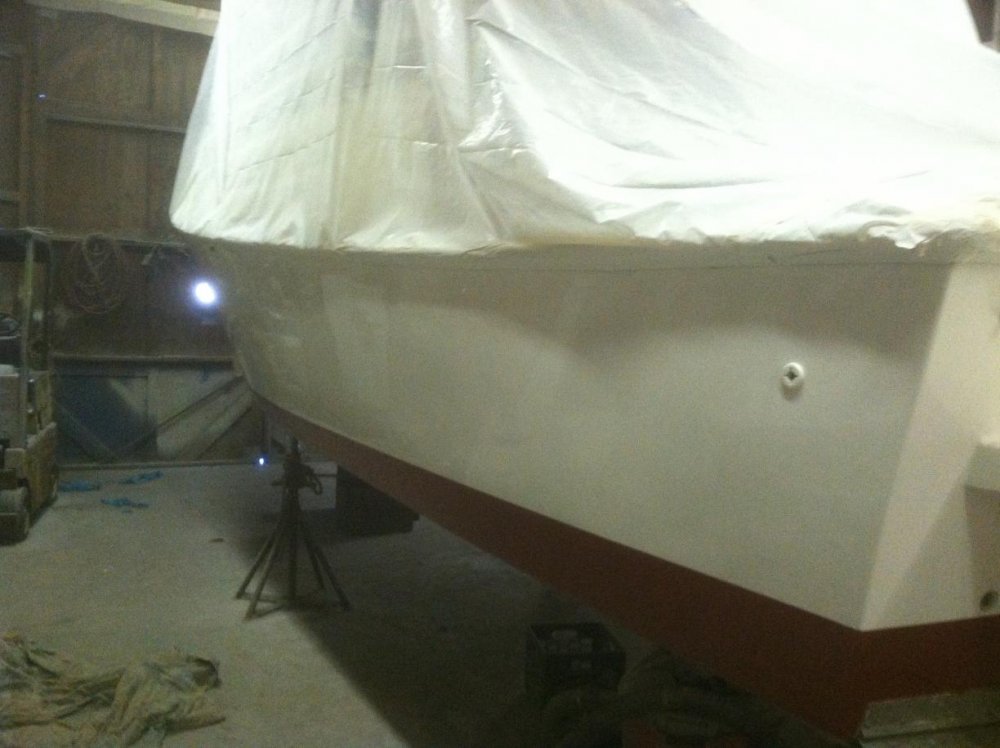 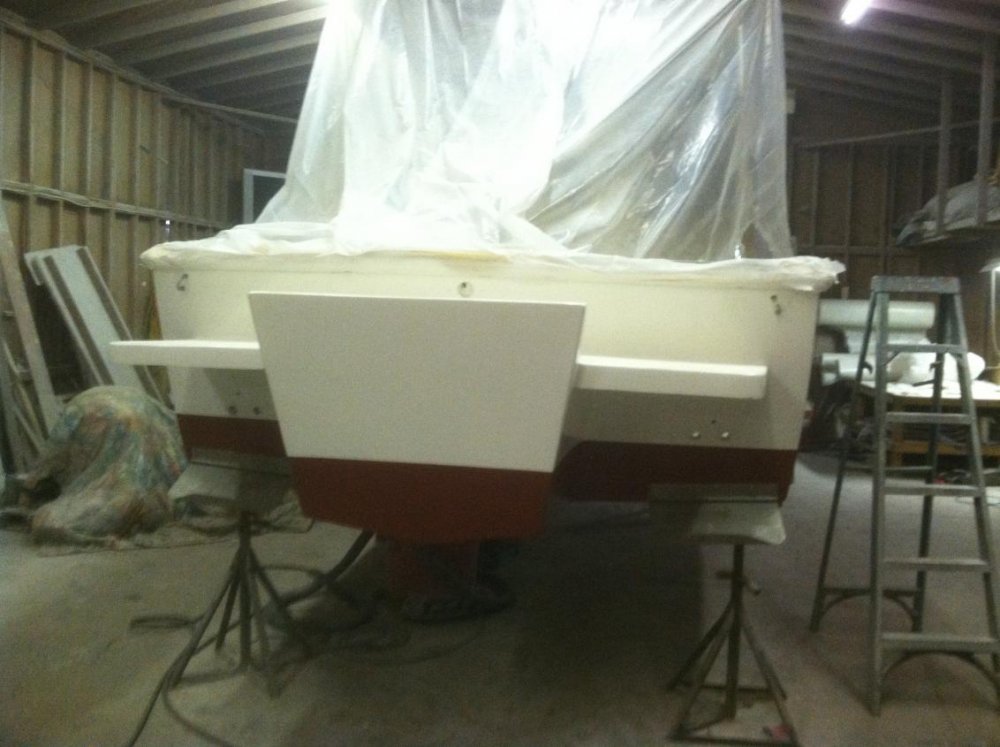 Gelcoat looks great. Did you spray it? Use any additives in the mix? Please elaborate as best you can.
C 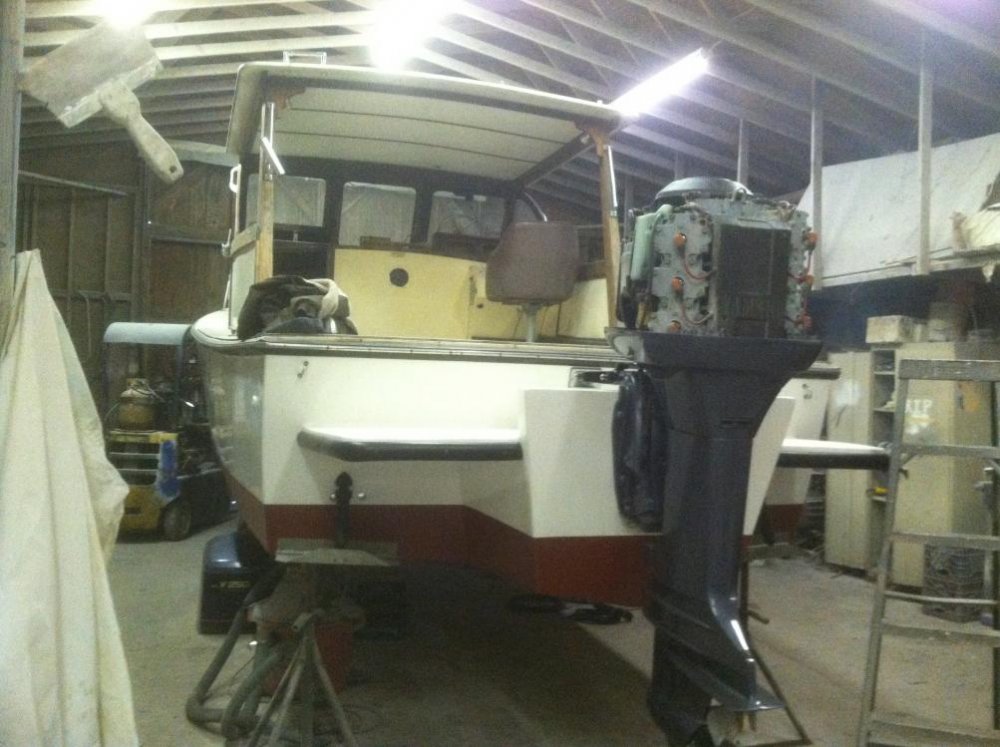 Wow looks great. Were is the shop you are using?
C

Is this your shop or do you rent space?
C

It's at Billy Sartini's shop. He did the glass work for me. It's coming back to Mattapoisett next week so I can get working

you are about 500' away from my mooring in mattapoisett, looking forward to june and the hot months
C

which boat is yours?

The two small scuppers on either side of the transom are kind of weird. They all looked fine so I left them alone.

How much fuel capacity did you give her? I replaced the two original 75's with identical tanks but out of 3/16" gauge aluminum and added a 105gal 3/16 alum tank in the belly while I had the deck out. A little overkill but I will never have fuel capacity issues.
The only real issue I encountered was that by placing the heavy outboard 30" further aft on the brackett, it upset the fore aft lay at rest. Put 350# lead in the anchor locker which helped and also installed a sump in the rear deck with a rule 2000 on a floatswitch. The sump has a grate over it to keep guts, debris etc, out. I also made some foam plugs for my 2" scuppers to keep water out when she is really heavy. I sometimes put over 2000# fish on ice.
Somehow, I don't think your boat will be as heavy as mine and will not carry all the heavy gear either, so you might be just fine. If you end up having the same issue for some reason....let me know and I'll take some detailed photos of my sump setup.
Your brackett setup looks great. Nice job on the refit.
Here's a shot kind of showing the sump setup. Best I can do for now...Jo 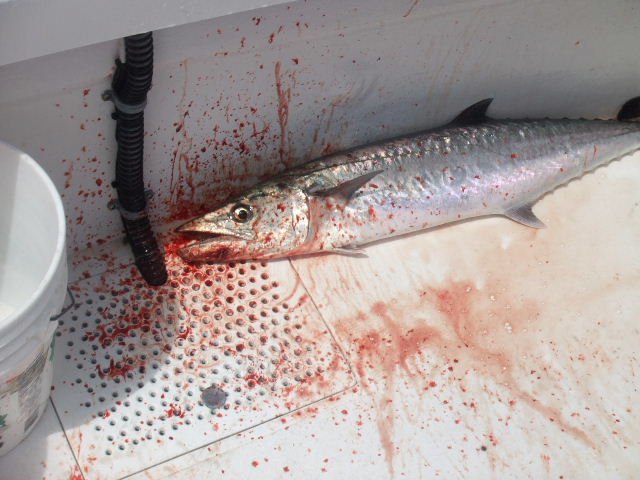