So this winter it was finally time to do a new transom in the 26 seaway and do a little makeover while the decks were up. The hull turned 30 years old in February so I think it was time. Bill has been busting my balls about not putting up picks...so here you go.

First pics are what we started with and some tear out. Luckily the inner skin of glass and gelcoat came off in one full sheet. It worked out great to make a template out of to cut everything to size moving forward. Transom was absolutely wet. Really not mush in any areas and was kind of a pain in the ass to get out.

Existing transom was even thinner than we thought. It was one sheet of 1/2" and one sheet of 3/4" with a layer of mat in between. 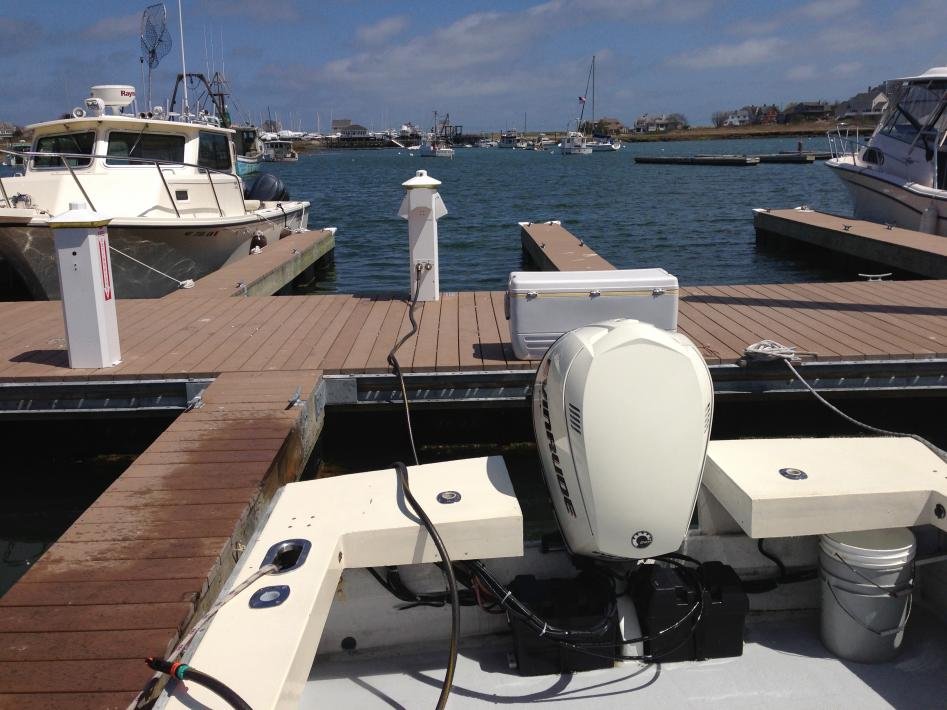 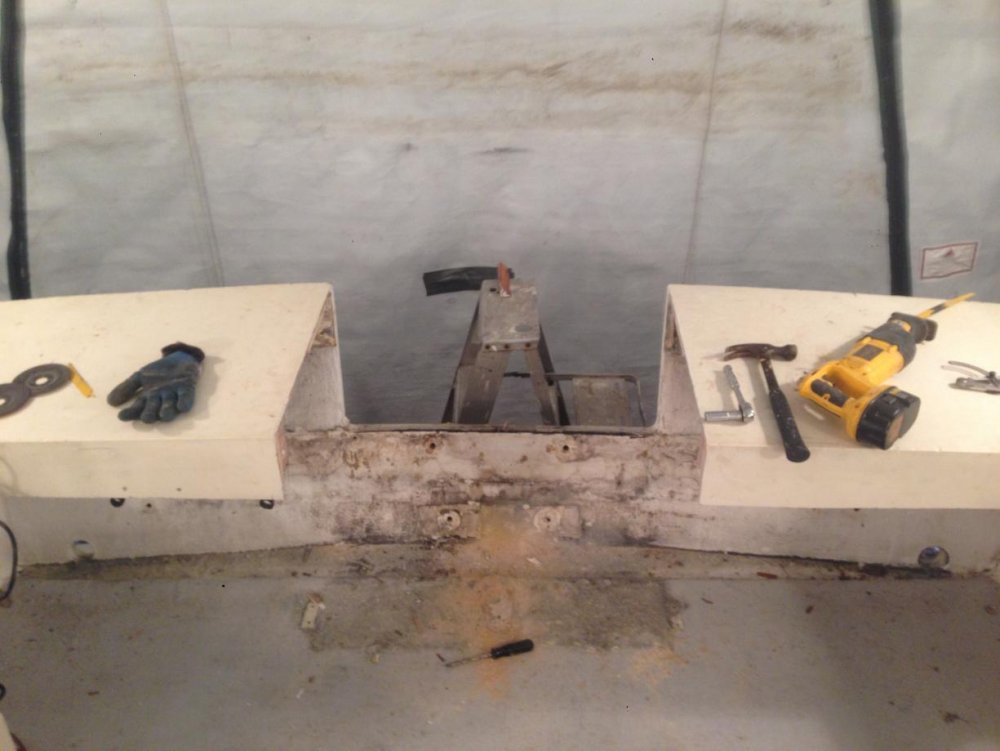 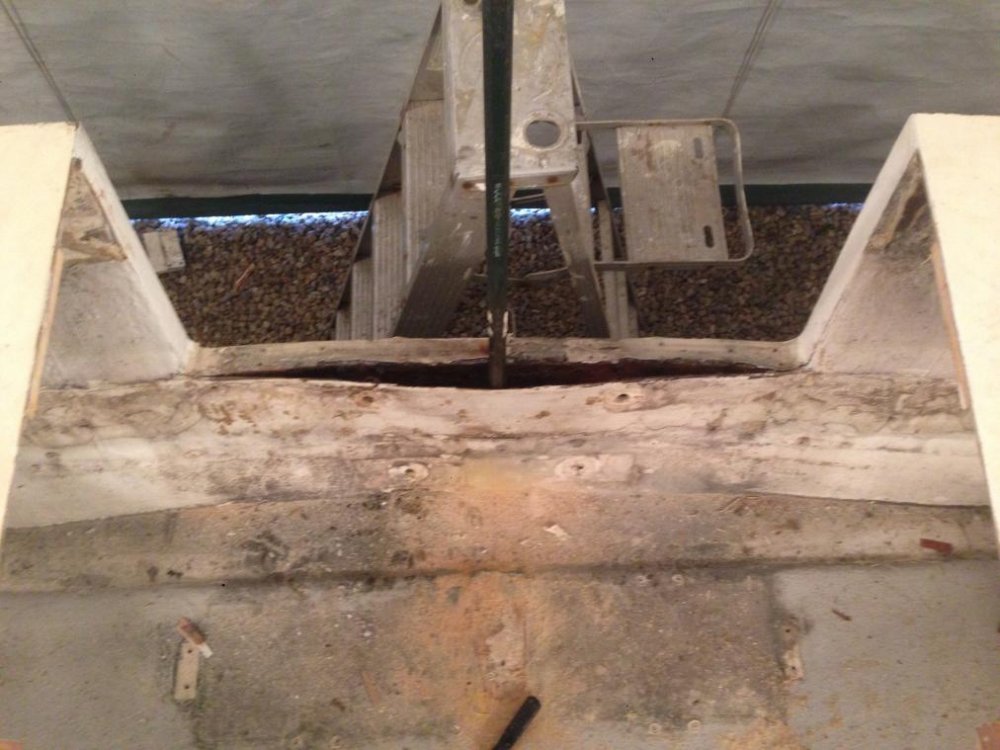 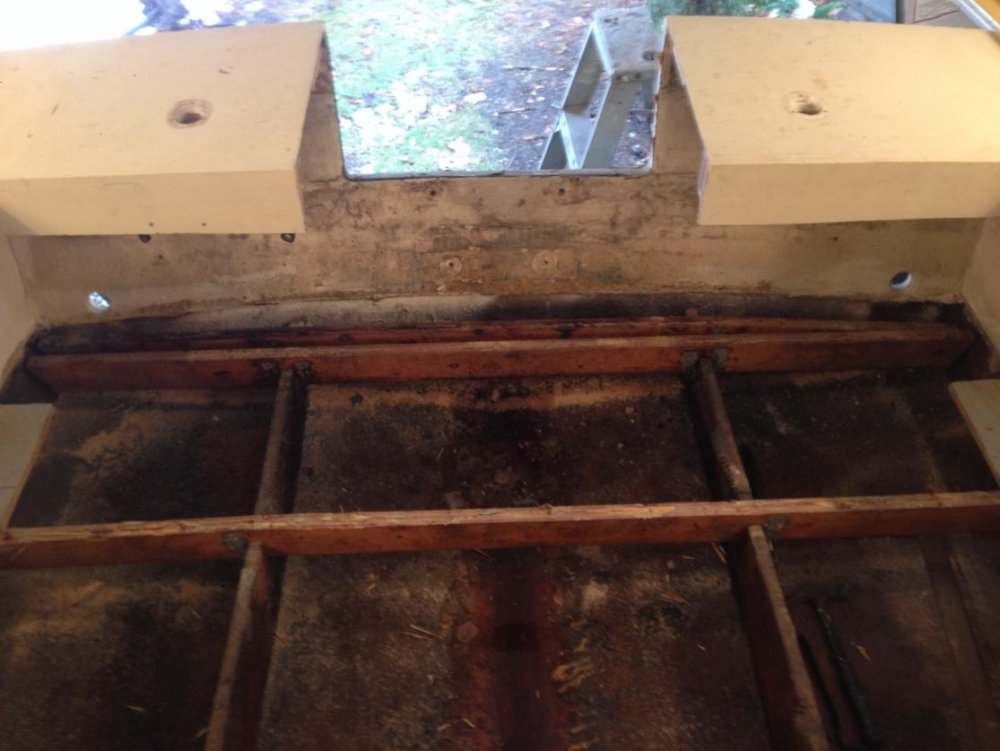 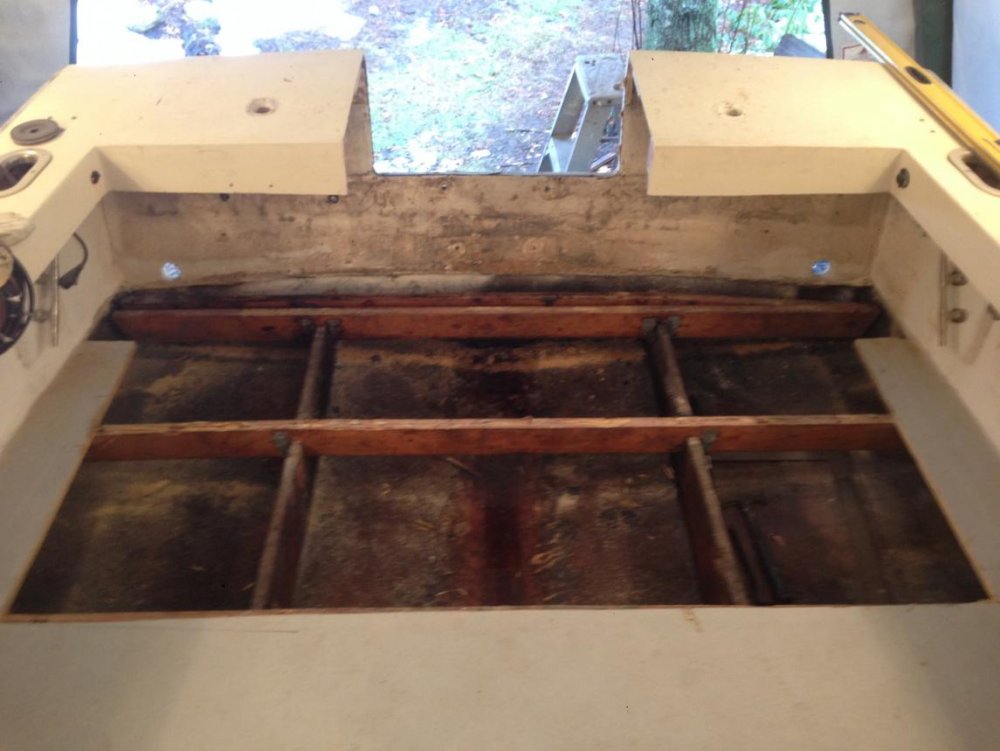 After the stringer were cut back, next step was to get the core back into the transom. Leaving the outer layer of gelcoat and glass all the core was fit into the existing hull shape.

We used 1/2" ply for the transom. I know composites are great and all but with a 30 year old hull if we get another 30 years out of the boat I think we will be doing well. Not to mention I was able to get 4 sheets marine ply for what a sheet of composites would have cost.

The key to this was taking a 2 by 10, scribing it to the shape of the transom over the full length, and cutting it so there was enough meat left that you effectively had an inside scribed piece pice and an outside scribed piece. This went right across the top of the motor cut out and when clamped sucked the sheet back to the curve of the transom. After that a pipe clamp through each scupper hole and 2x4 wedges off the stringer held the bottom in.

I actually couldn't believe how easy the first layer went it. I was expecting a mess.

After each sheet setup for a day the outer edges were puttied and tabbed with 1708. 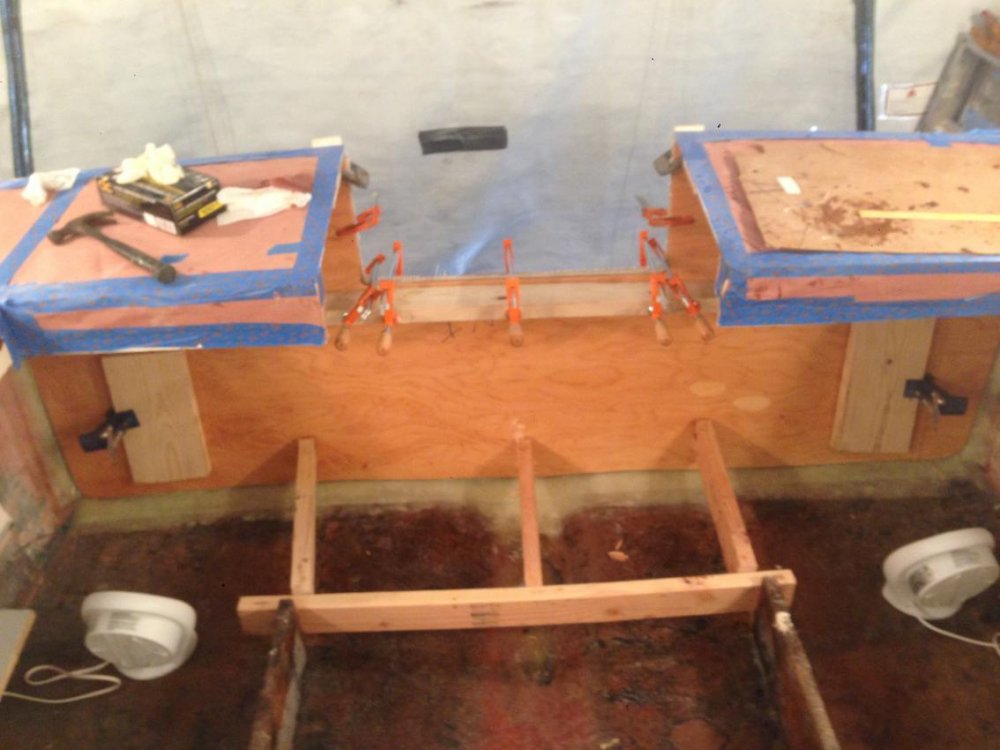 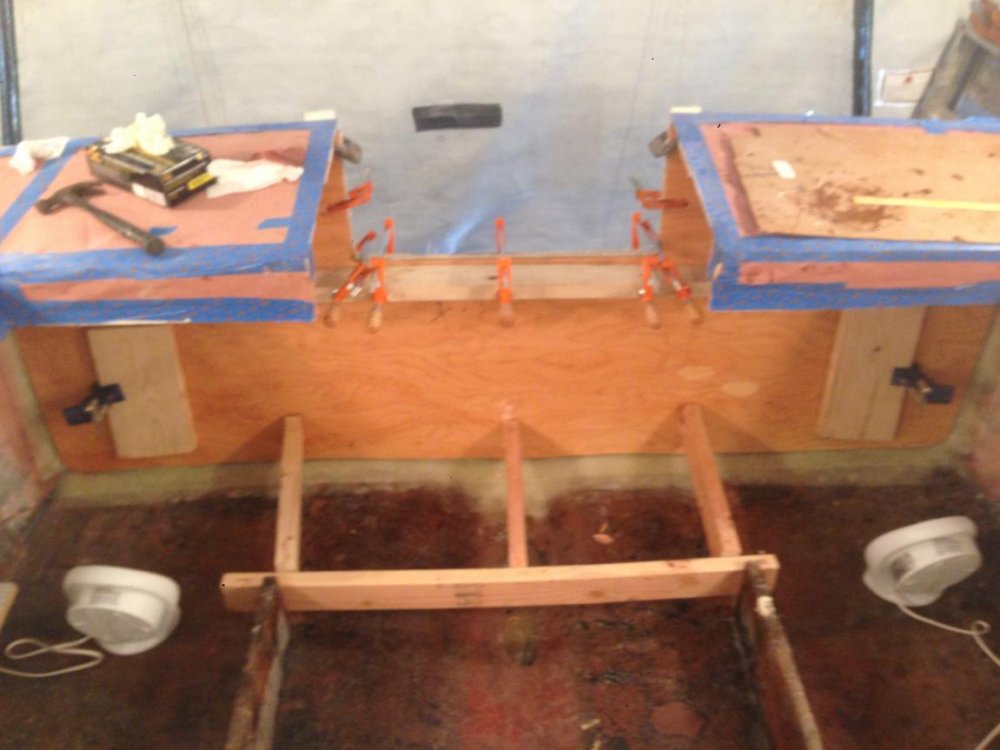 I have always wanted to have an anchor locker right under the hauler. So while the deck was up we added in deck storage lockers on either of the leaning post. One for the anchor and one for misc stuff.

Not a ton of pics here. I just dropped a forward and stern 3/4" bulkhead to the hull of the boat. It was attached to the deck stringers which will be some nice added hull to deck support. On the long runs down the outboard side I glassed in some ledges and ran a length of fiberglass Ibeam bow to stern to support that long run. 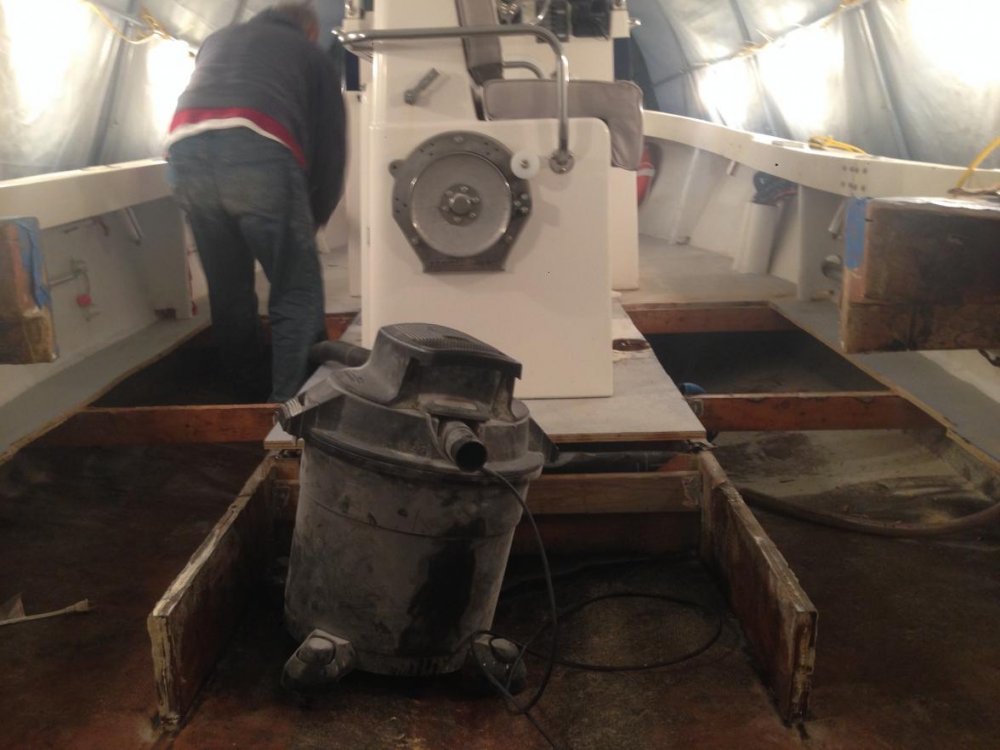 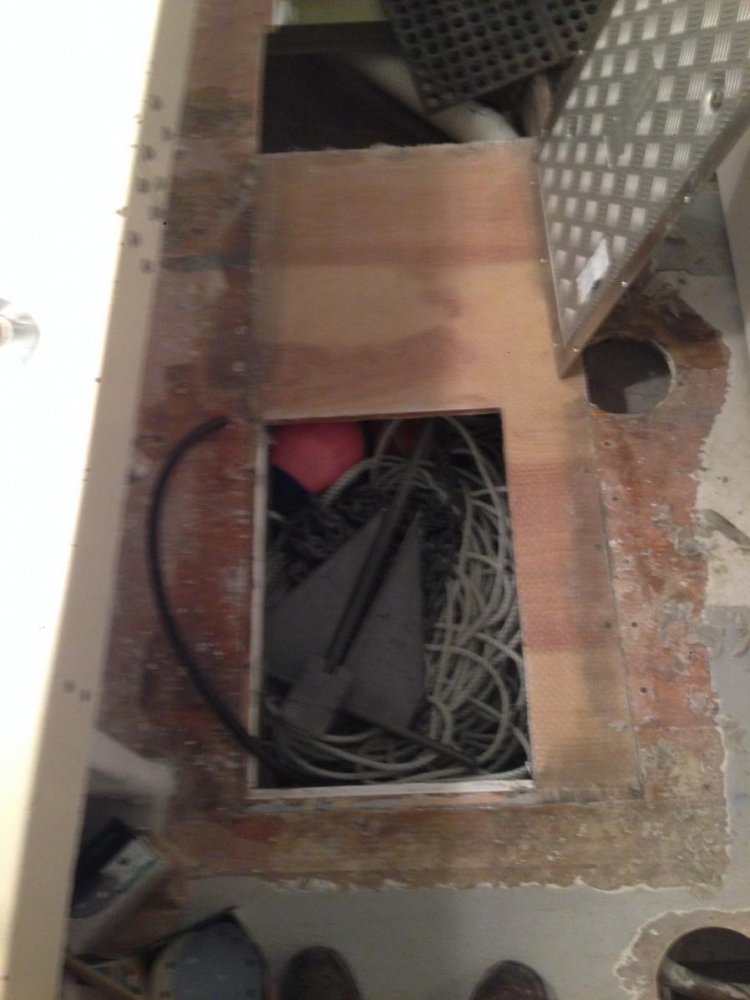 For the structural tie in of the stringers back in to the transom we decided to change the stringers to full deck height vs 1.5" below the deck like it was. It would give a little more to tab in with on the transom and also make the deck a lot stronger.

Leaving the existing stub of stringer we layer a 3/4" ply to build the stringers from the back of the fuel tank compartment to the stern, about 5 ft. One section of 3/4" was put on the outside, a filler piece to extend the existing strainer back was added, and then 2 layers of 3/4" were added to the inside. Each piece was layered up with 1708 in between that was tabbed into the hull. Then the whole thing was tabbed in and wrapped with 1708. Over kill right? There was a reason.

The one place this boat hates weight is in the last three feet of the deck closest to the transom. I decided to would pop my composite cherry, save some weight, and build some nida core knees and supports that would tie everything in. We laid up two layers of 3/4" nida core with 1708, woven roving, and 1708 in between just like on the transom. Skin the outside and tabbed them into the hull.

Installed fiberglass I beams for additional deck supports. We also added one last in deck storage right behind the fuel tank compartment. That is all built out of nida core as well to save on the weight. 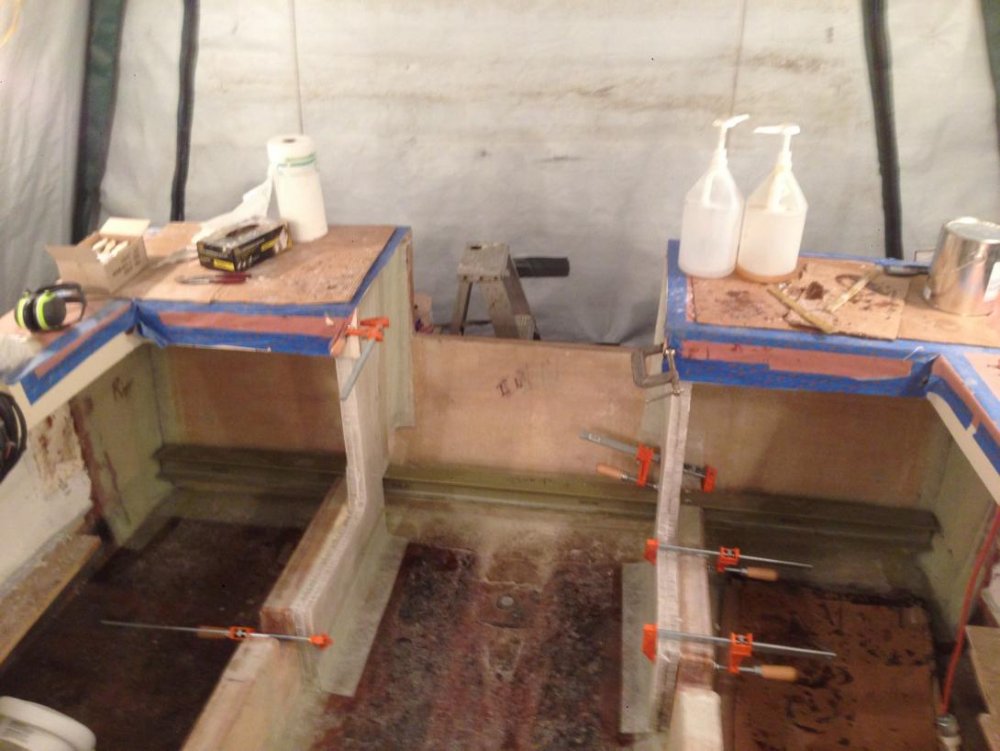 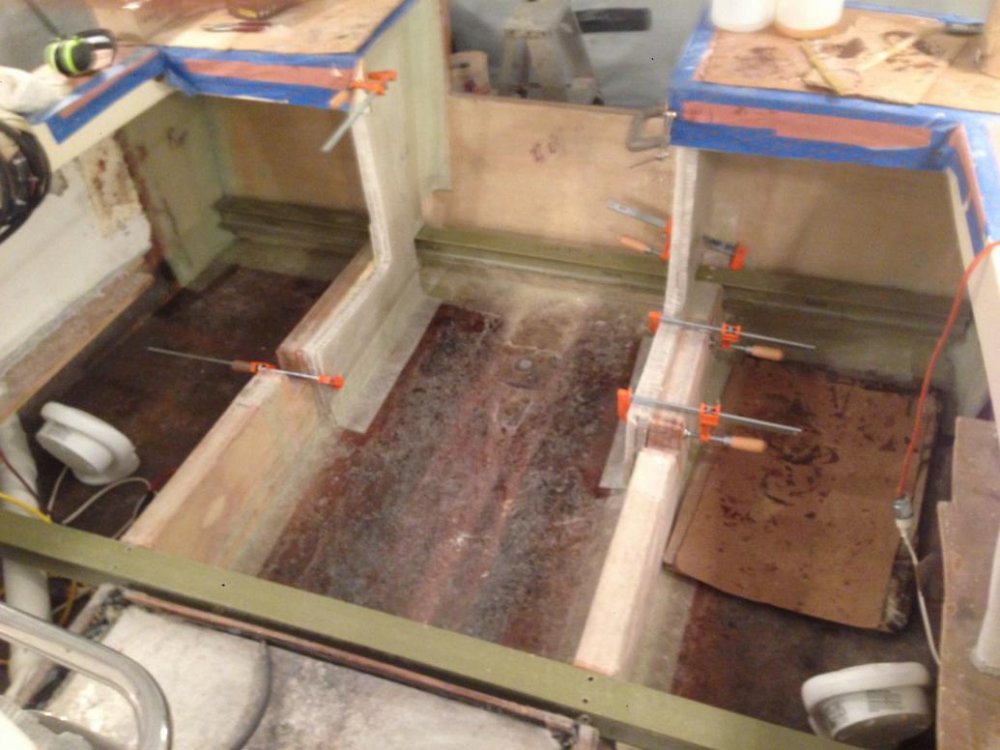 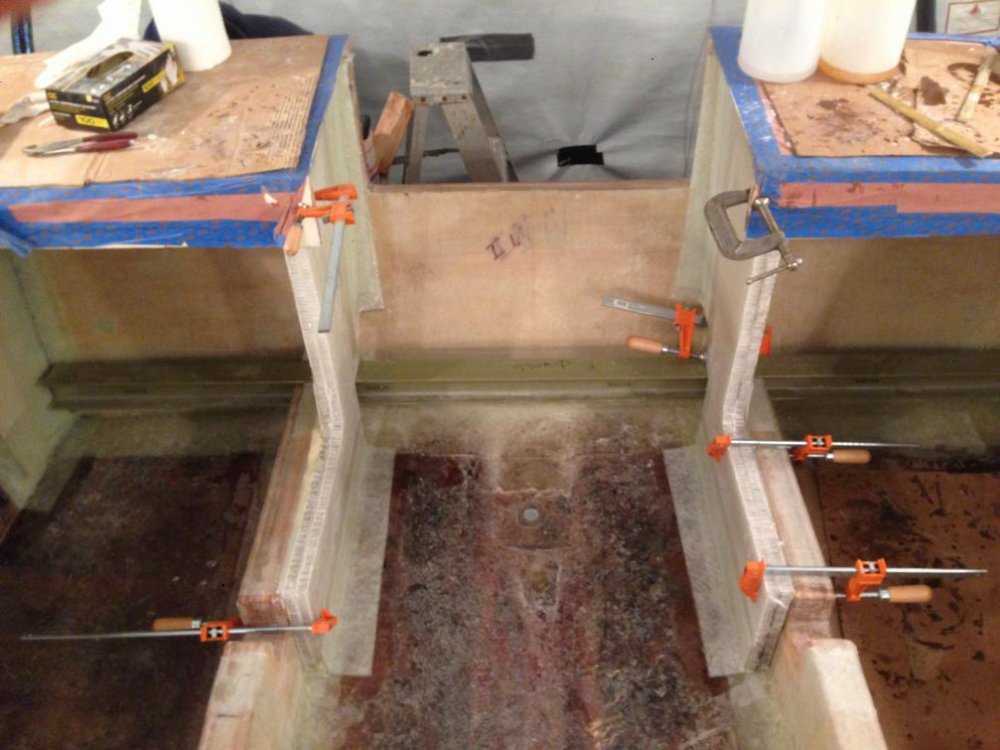 The rest of the deck will be down between today and tomorrow. A few more odds and ends then paint. I can finally see the light. 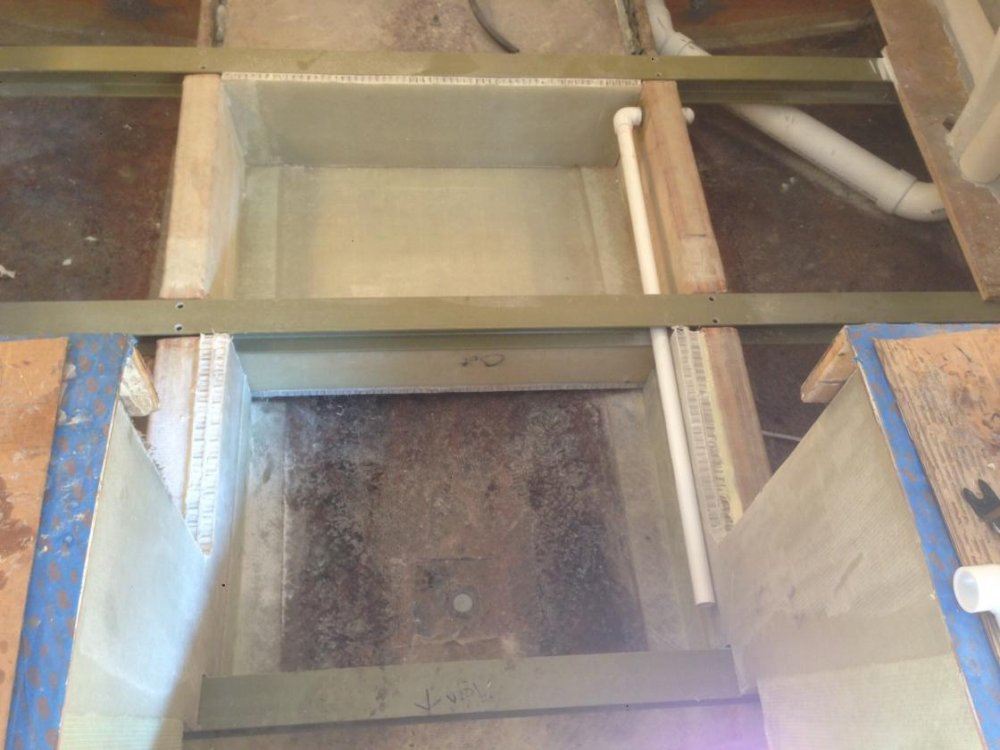 Last one before deck went back down 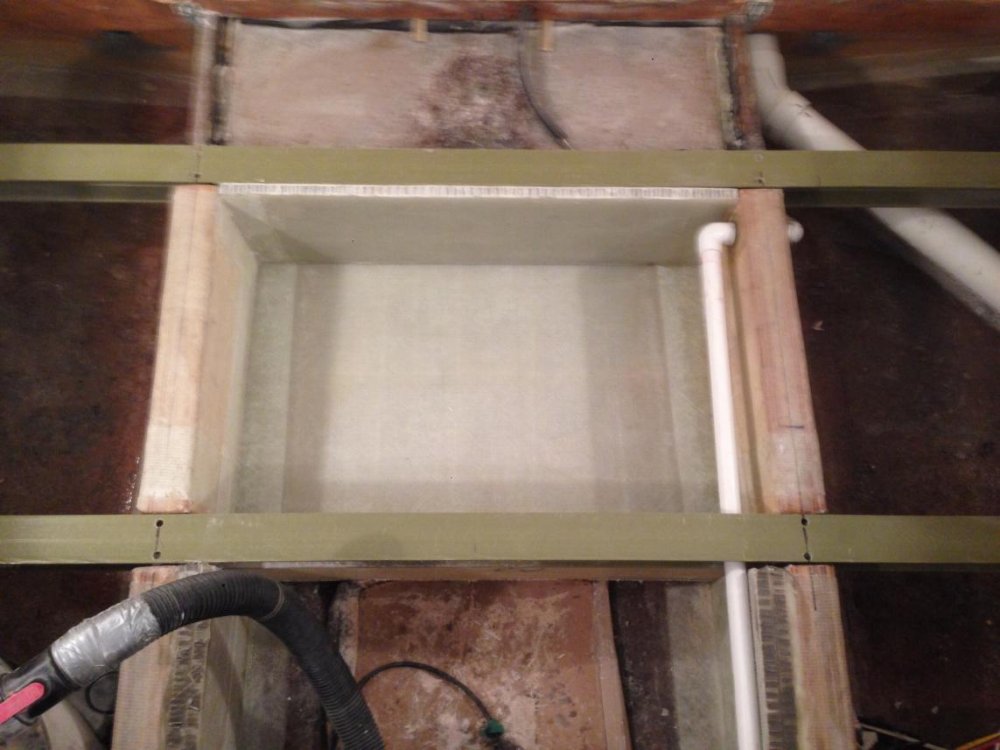 Thanks for sharing. Looks great!

The width of that engine cutout you got there, Ted, does that limit the turning radius of the ETEC?
T