Many of you know Putt's Shadowline in Green Harbor, a 31 Duffy walk around pilothouse with two big outboards. This year he put his tower back on and extended his stand. Unfortunately this week with the incoming weather no one will be throwing at fish. He is a very good tuna fisherman who certainly catches his share of big fish along with his son Charlie. I wish them the very best and looking to see how it works out.

25' pulpit? How does that thing ride with no keel on it? Need a strong grip and an extra pair of shorts waiting for you in the pilot house while up on top of that tower?

Not sure how long it is, but it is long and even with the outboards I suspect he will nail a few.

I was down that way early this morning and had to stop in and check it out. I have never seen Putts boat with a tower on it. I can't believe how little there is below the water line on that for a 30ft boat. I did notice they sloped the keel all the way to the transom which makes a huge difference but from midship back its a flat bottom and it seems like its about 6 inches below the water line all the way back. This Pic is of the 26 seaway and it has way more below the water line. I guess now I understand why I beat him back to the dock last fall when it kicked up by about 45 min. 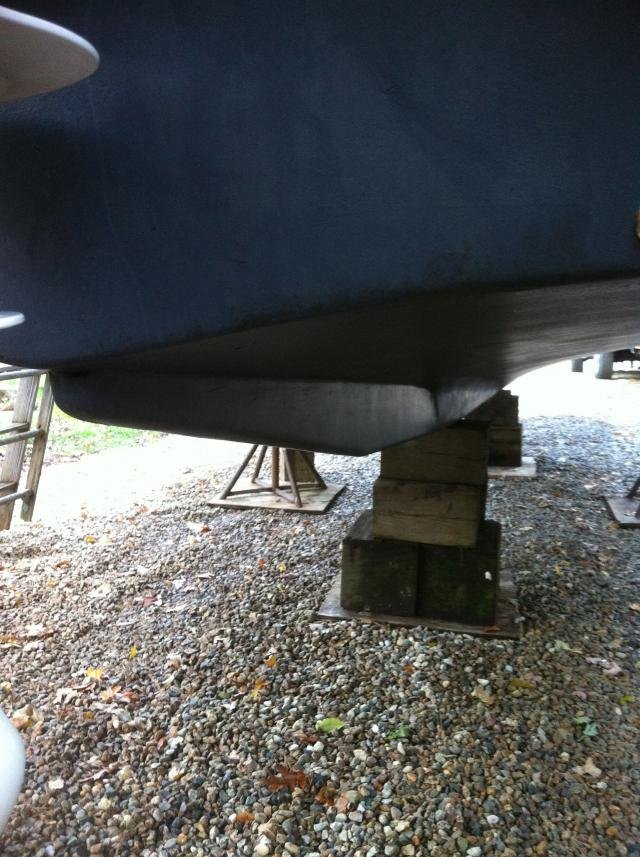 This is a better shot. 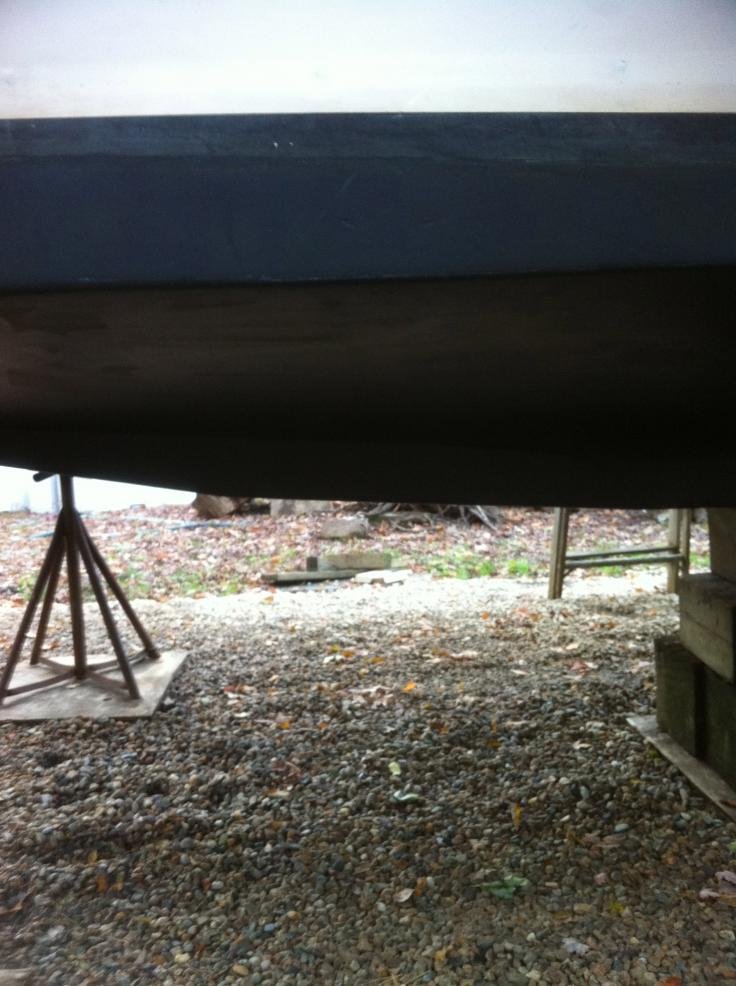 so what keeps that thing upright ? does it have lead in the belly ?

Atlantic Boat Company builds a boat they call the Duffy 31 which is actually LOA 30' The Duffy 31 and the boat's LOA listed with documentation is 30'6". Thirty, Thirty One call it what you want, but I don't think 6" makes a big difference in the length overall. If Atlantic Made a 30 and a 31' I guess it could be a 30 but I don't think that is the case. I am sure Travis may know with all the BHM's his dad did.

I'm fairly certain that the 30 and 31 are two different hulls.

I would think it would a sneaky boat with 4 strokes on the back. Maybe not the most stable boat but should be quiet.

Thanks for the information, I never knew they had a 30 but I believe he will do fine in the bay and on the bank. Not sure if he will be making the run to Platts thogh (LOL). On another note, looks like a wonderful week of weather coming up for fishing IN KEY WEST. I guess it will be a maintenance week with the forecast.

25' pulpit...needs some outriggers to stabilize the pulpit I would think. Wouldn't be a fan of outboards, a tower, and 25' stand but if it works for him all the best.

Don't think he is done with the rigging, believe they are still running stays before finished

Seems like everyone expects a good stick year. I know a few people who have really been pushing to get a boat, or tweak their setup. I just got home for oversea's, still jetlagged so at 0500 this morning drove down to Sandwich Marina, not sure but thought I saw more stickboats in there last year... again could be the jetlag...

Watched wicked tuna last night, god my blood boiling...can't believe how many of them leave before the end of the day...
F

CEShawn said:
Seems like everyone expects a good stick year. I know a few people who have really been pushing to get a boat, or tweak their setup. I just got home for oversea's, still jetlagged so at 0500 this morning drove down to Sandwich Marina, not sure but thought I saw more stickboats in there last year... again could be the jetlag...

Watched wicked tuna last night, god my blood boiling...can't believe how many of them leave before the end of the day...
Click to expand...


Funny you say Shawn, I was down to Sesuit yesterday afternoon and I too saw a couple 2-3 more pulpits than I remember seeing over the past few years. Everybody is indeed jacked up for this season. And they're going to be even more jacked up on account of the cabin fever everyone's gonna have after this week of weather. Every spot everywhere is going to be a parking lot on Saturday, if the weather finally clears by then as it's supposed to.
H

I have an 18' Pulpit for sale that loves boat rides!
B

Does anybody know how to get a hold of the 30' owner or is he on here?
C

the tower and pulpit set up is actually quite stable....for running on days when you can harpoon. the setup comes off when its time for serious rod and reel action and the weather gets rough, or the thing would roll over in 4 footers probably. the flat bottom with quiet engines, as presumed above, does make it stealthy....but the increase in pulpit length from 14 to 20ft put a lot of weight forward. and now i am only 6 feet off the water, which is terrible because i see all the tunas looking at me instead. they speed up and keep ahead of us until they spook. in the 2011 season the fish were running in the bay and we made a go at it with the 14ft pulpit and no tower. i must have launched 50 throws for one lucky hit. last season, 2012, the fish were running 50 miles out and we brought in a mere 5 out of 70+ throws. we plan to angle the bracket and raise the pulpit up off the water a few feet to get a better throw in. we are also installing a zapper because we wasted a lot of time chasing polyballs around and pulling darts. i may also have a flight instructor try to fly for us this season more regularly, but on a few experimental days last season, it was a difficult learning curve for him to find anything smaller than a whale or basker. you dont need a plane, but the best harpooners in the game use em, and have equally experienced pilots able to contribute to the effort. in my opinion, it really comes down to throwing a spear like a epic greek warrior and hitting some tuna. i doubt mike pratt had many more chances than i got this season.....he just hits a lot more shots. same goes for sullivan, i hear his shot is the "best" (most accurate) from several sources and that many of his kills came without the plane around.

in conclusion, harpooning is the balls. looking forward to it more than getting my hands dirty trying to hook one. i complained too 10 yrs ago when i watched guys zapping fish on the high ground on the swc while all the rod and reel guys caught dogfish on the edge. if ya cant beat em, join em. i don't think i will even put the rods on the shadow line until august 1st. getting 4-6 bucks a pound for starving migrating fish all june and july sucks. beating yourself up for 2 months trying to kite fish mackeral or blues or check in on the nwc or motor up and down the west edge then check the golf ball....just to find some fish...sucks. it really takes the gas out of you to put in a solid effort for the fall months when the fish go down and get fat. i did not catch a tuna on the rod until the 2nd week of august or something last season (excluding that odd july georges bite), and not for lack of trying in between the harpoon days. i would almost rather go commercial bass fishing for a couple weeks there in july if the weather isnt nice enough to harpoon.
3 more months all you tuna wishers!
You must log in or register to reply here.
Share:
Facebook Twitter Reddit Pinterest Tumblr WhatsApp Email Share Link