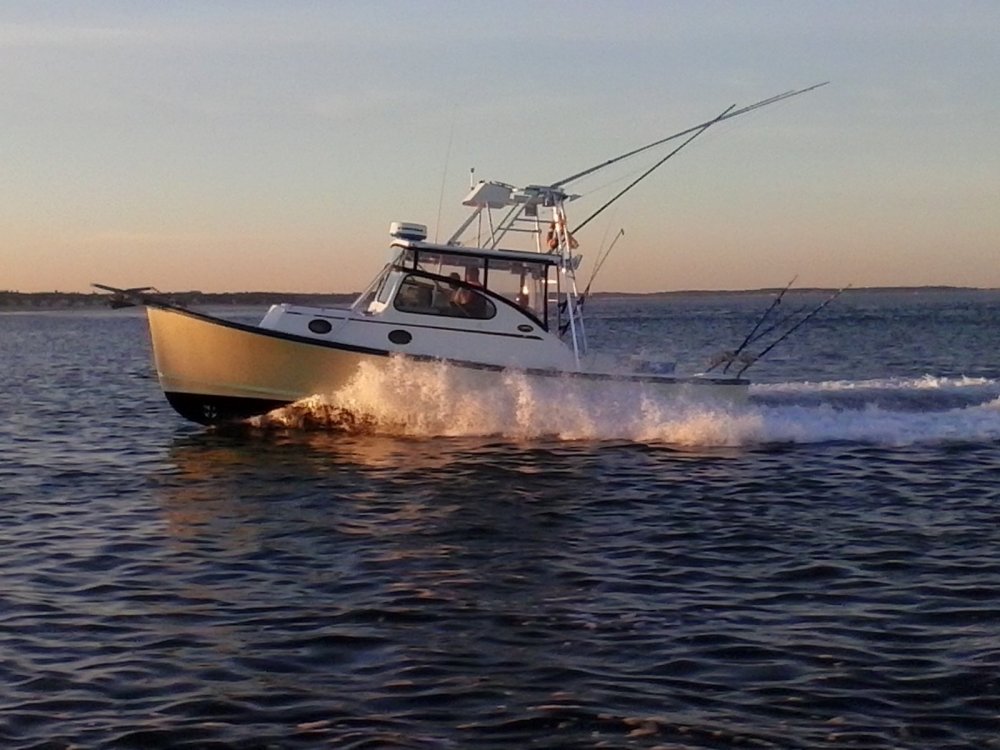 My 31’ is for sale, this is before it was painted
H 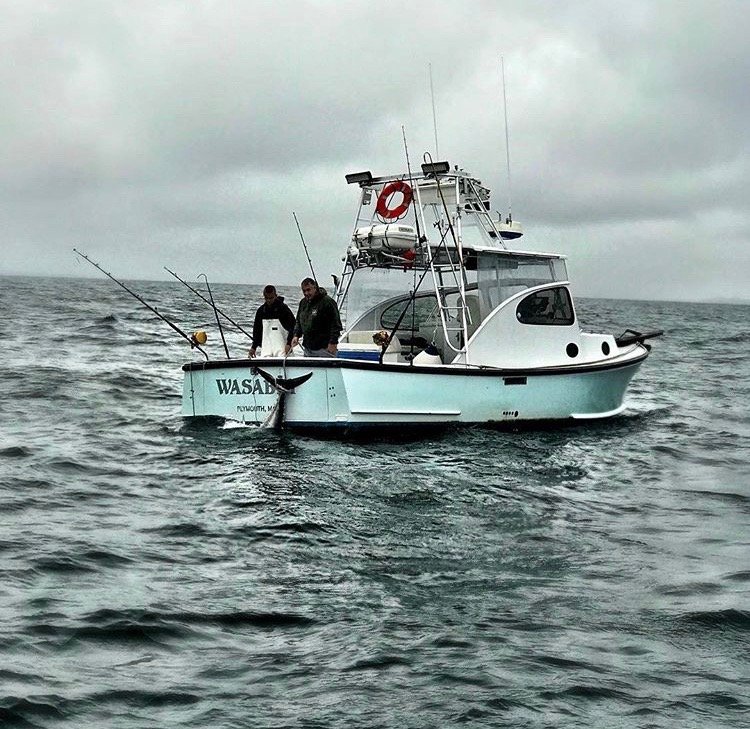 Frank Grimes said:
Interesting. Do you know offhand if a QSB would fit under a flush wheelhouse deck with a step up from the cockpit? I know it’s been done with Yanmars.
Click to expand...

If I built a 31 Duffy, I would have them add a few inches of sheer height to the hull at layup. There was a 33’ (31’+2’) that Atlantic built a number of years back, and the customer had them add 3” height to hull, along with the 2’ extension. I could also raise the height of cabin a few inches if necessary, to fit it under the cabin floor.

My QSB is completely under the deck as my sheer was raised when it was built... I have soundown in the engine room and 3/4 inch soundown rubber/foam on the floor with carpet over it and you can have a normal conversation.... with just a very low hum of the engine. I will post up more pics of the interior when I get down to the boat. 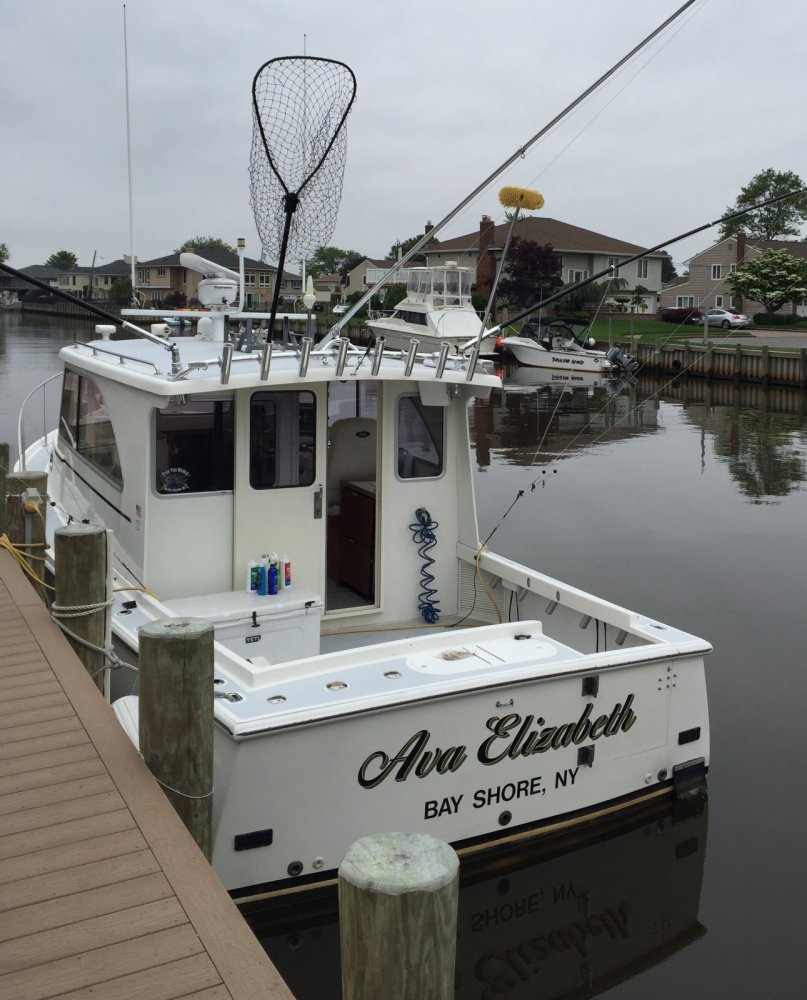 When I had mine built it was transom door or Livewell . You got both but the Livewell on mine is larger maybe they didn't have the smaller one in 2002 like the layout.

I have the same boat with aYanmar 440 in a 2008 boat but am getting lower speeds. I don’t have a genny or fish boxes so weight is probably pretty close. What prop are you using? 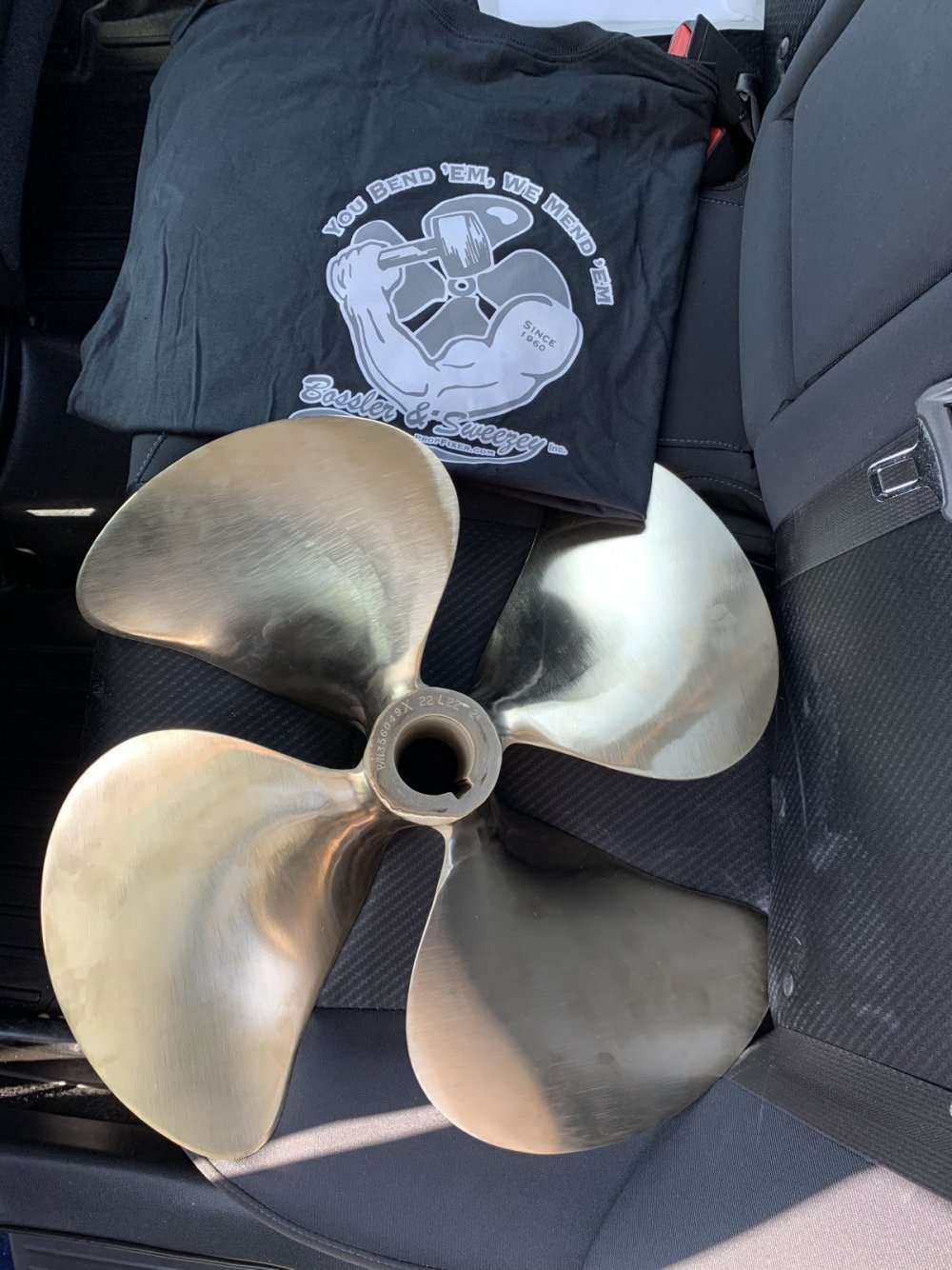 ARC said:
I ran 1700 miles this season in the GSB. except for picking up a folding chair early on the season , did’t have any problems.
Click to expand...

I am just he guy with the little boat but run, chart, and mark everything I can in that inlet yearly. So last November stripper fishing on my buddies 35 pursuit twin diesel the boys were looking to party on this trip so I volunteered to Man the Helm and keep my rum in the bottle, not often I get to run a 35 footer through some snotty crap and still run at 28knots. So going out of Fire Island Inlet had the incoming tide close to the top so wide swing to the south and line up the buoy's tight west and out we go.
Later in the day on the way in and now with a boat full of pirates the tide was down so I came in past the head buoy staying to the west then towards the final approach I get a read on the way the bar is breaking slide west of the channel towards the white water bring it in like your heading for the beach 4 drunk guys yelling at me that I am out side of the buoys and I am laughing at them telling them to sit down and shut up and also explaining to the guy that owns the boat that there only about 2 to 3 feet of water on this tide if you follow the markers in.
The next weekend they were out again someone else running the boat as the Dedicated Captain and coming in VAAUUMMPP they bottomed out only good thing is its shifting sand bottom so no damage. But I did hear that the boat owner was yelling my name and that I was right and had warned him about it. Lesson learned and at least all were lucky and you can laugh about it
You must log in or register to reply here.
Share:
Facebook Twitter Reddit Pinterest Tumblr WhatsApp Email Share Link