For Sale. A 34 foot Downeast Hull faired to yacht quality and primed in Awlgrip. She has a rub rail, stringers and deck/sole. There's a six cyl. Ford Lehman diesel that goes with the boat but not installed. Contact me for further information. $5,000. 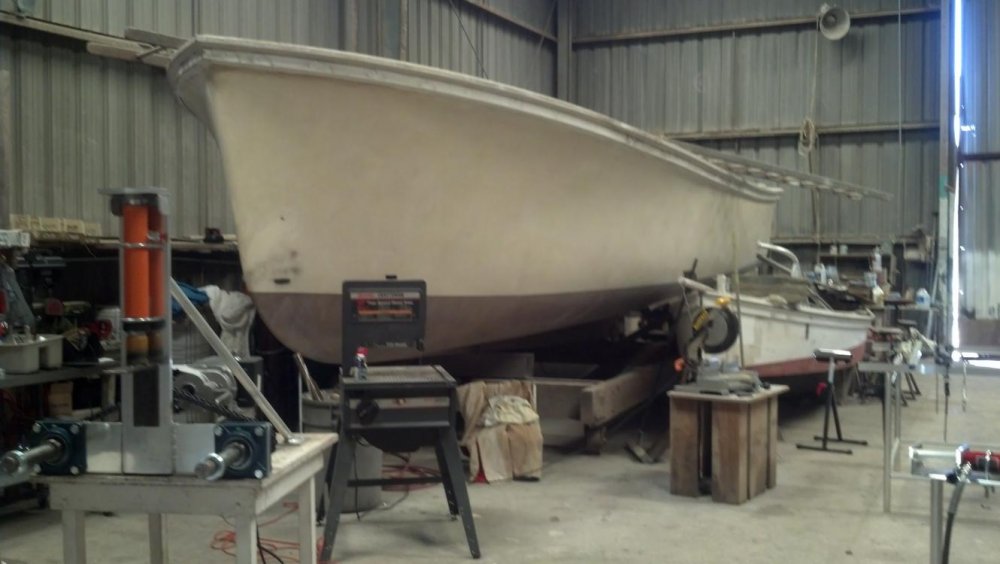 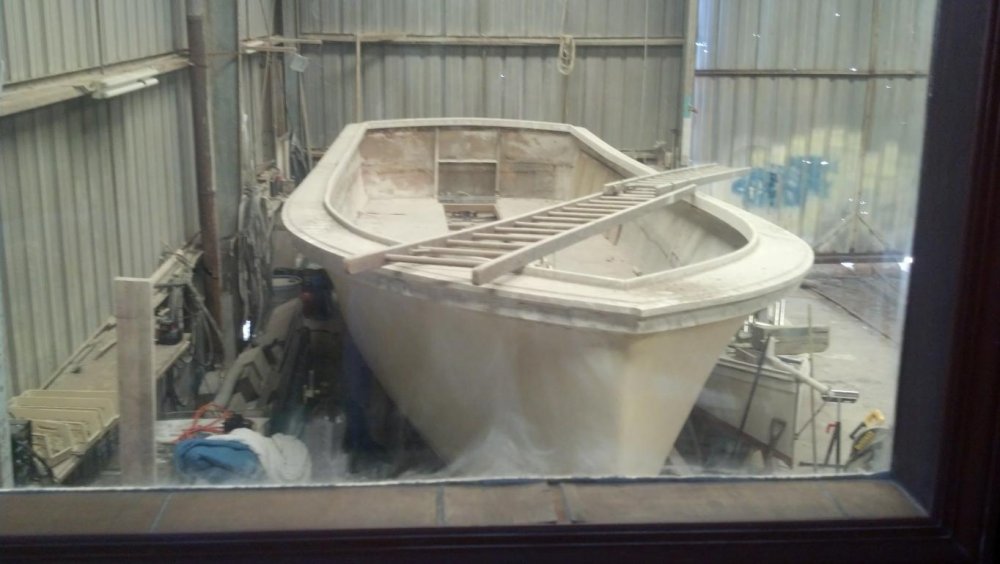 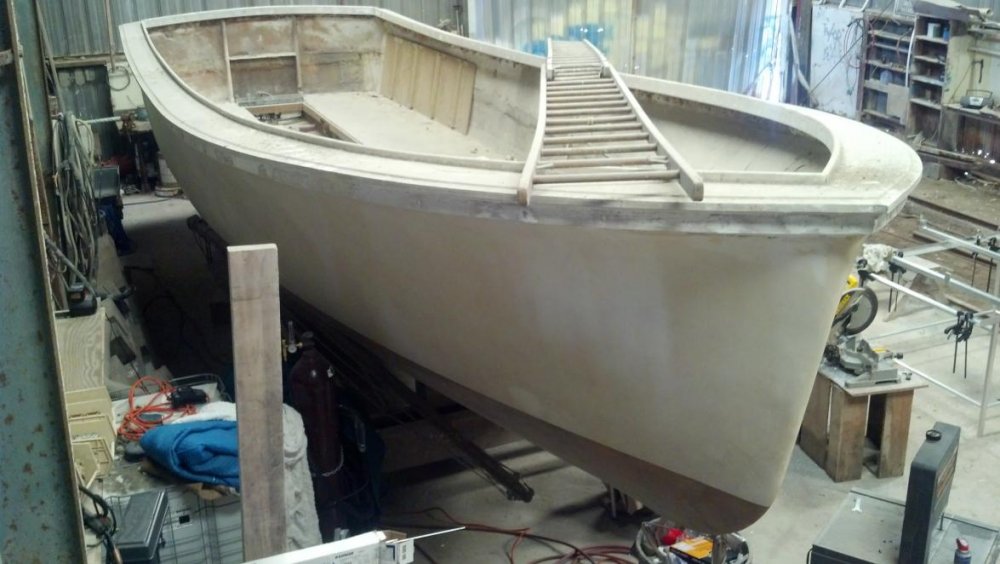 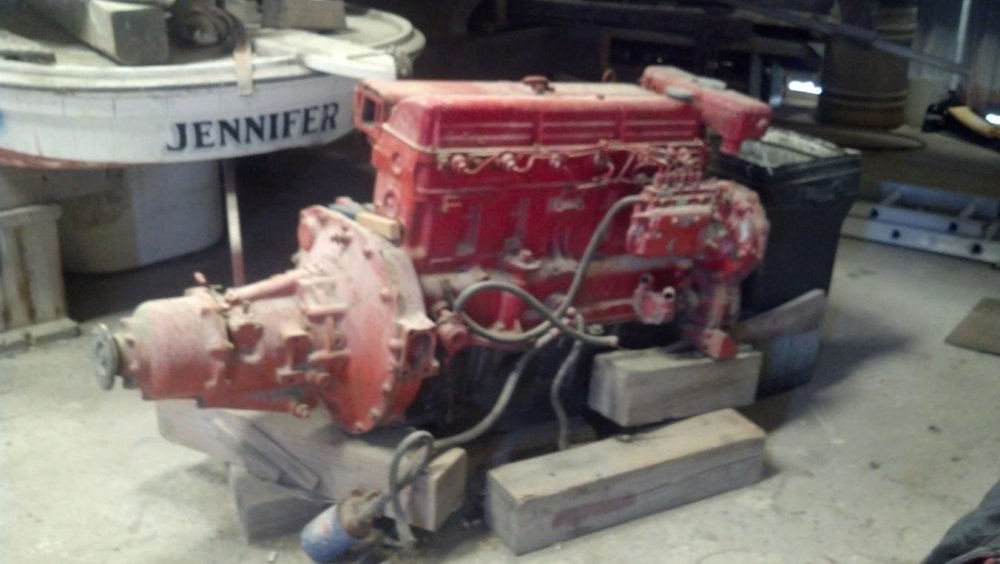 Do you know the builder's name? Materials? Keel photos? Thanks

We really aren't sure who built it. It was bought at auction. It's laid up fiberglass. Most likely built as an officer's launch by Uniflite but that's a guess. I'll get some keel pics but she has a traditional full run with skeg iron to rudder. She also has one of those conical tubes forward of the prop, linked to the tiller. It's an early version of the thruster. I've heard of them. Never saw one before.
A

where is the boat located?
M

The boat is located in Morehead City, NC.