I fished on her this past Sunday - great rig.

I was a little unsure about the twins myself, but she handles well, is economical, and spins on a dime in a tight marina.

Pretty sure this Duffy was on Long Island NY at White Water Marine in Suffolk County. Was originally red but repainted. Went to look at it with a friend who was interested in it but I passed by one day and it was gone, always wondered what happened to it. Look nice and I always wondered how it ran with the twins. Good Luck with the sale
M

Yes, this is my boat. I did purchase her from White Water Marine in Sept. 2011 but have since put a lot of $s into. Including the following new stuff:

Probably other things as well that I can't recall at the moment. I had her down in Oregon Inlet, NC fishing last winter and did well offshore. Awesome place to fish for sure! Found a great yard there as well (Bayliss Boatworks) and they did all the work above dated May 2012. Good folks and very professional. Here are a couple pixs from when she was on the hard there.

I just posted on this forum earlier tonight in the classifieds section, though waiting for the moderator to approve. Take a look if interested and happy to answer any questions. She's in the water in Portsmouth, RI. Cheers, 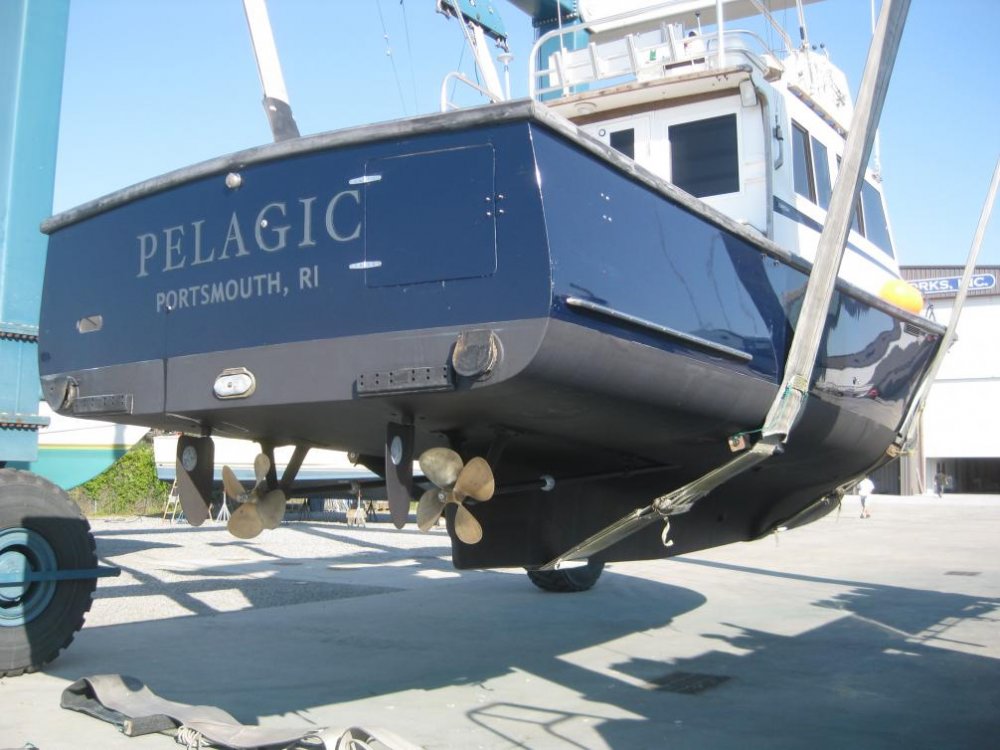 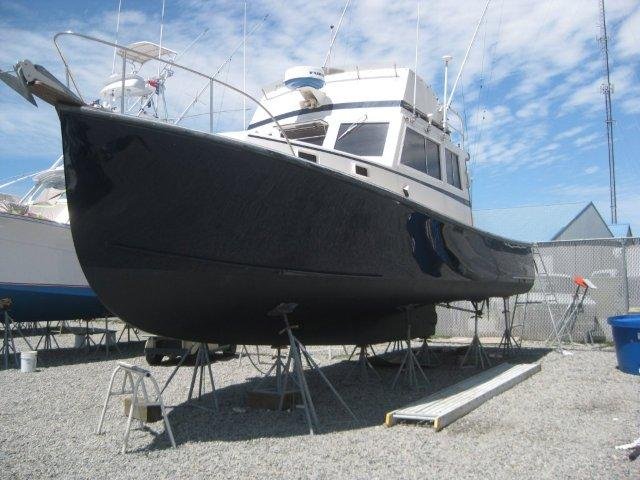 Pretty boat saw her at the Tobay shows year back. Odd that you had to do coolers, those 315 Yanmars are strong motors. Unless they let the zincs laps then it could be a problem.
M

The starboard cooler had a leak so needed to be replaced. At that time, I opted to replace both sides. A few months later, I replaced the starboard tranny since it sounded noisy. Turned out that it had overheated when the cooler leaked and caused some damage. All good now . thanks,
p
M

She's in the water and ready to go. Spring fever anyone? cheers,
p
P

"Pelagic"- I had that on my license plate starting over 20 years ago. Should have been thinking shirts and visors. Who would have thought? LOL

petrel said:
"Pelagic"- I had that on my license plate starting over 20 years ago. Should have been thinking shirts and visors. Who would have thought? LOL
Click to expand...

Yeah; I've seen people who liked that one so much they got tattooed w/ it.
M

Not sure why, but my CL posting got messed up. Try this link
2005 Duffy 35' Flybridge Sportfish

Thanks for looking!
p

not sure how to say this but...I christened your boat many a time before you owned her. Great layout. The next owner will be very happy.

longislander89 said:
not sure how to say this...
Click to expand...