This was one of the original 1/2 page ads by Flye Point Marine to advertise the 36' BHM in the National Fisherman's Boat Pages. When I first saw this boat, I had to have it. 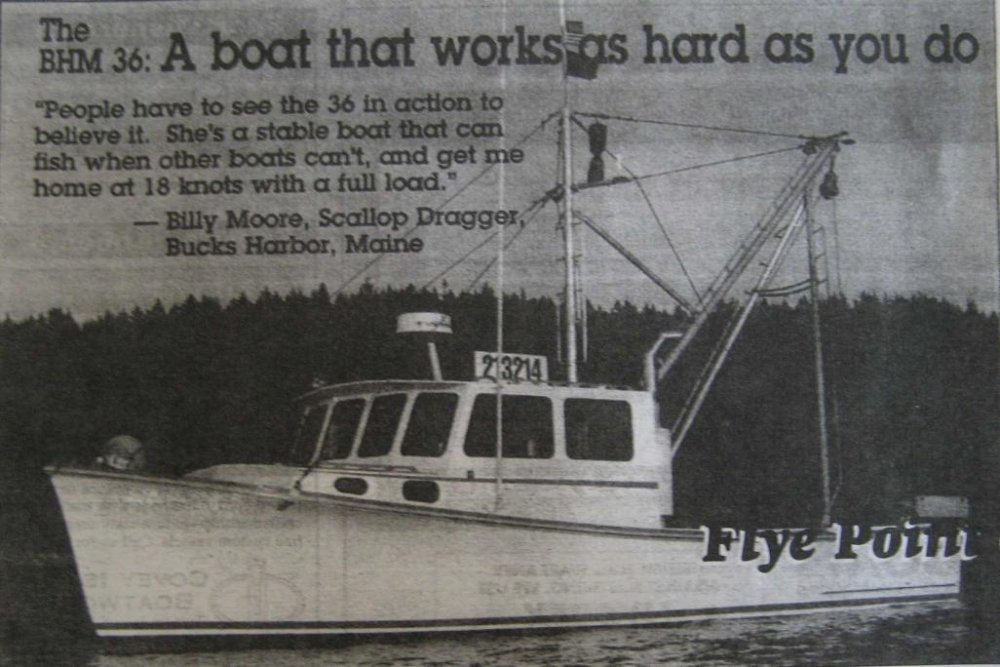 The sweetest BHM 36' I ever saw was the Supplement, a red-hulled beast with a full tower & pulpit. Used to see her all over the Cape, from Harwich Port to Bass River up to Sesuit. I heard she ran up on a ledge and sank a few years back though.

Nice, any pics of yours Crabman??

HarborRd said:
The sweetest BHM 36' I ever saw was the Supplement, a red-hulled beast with a full tower & pulpit. Used to see her all over the Cape, from Harwich Port to Bass River up to Sesuit. I heard she ran up on a ledge and sank a few years back though.
Click to expand...

Actually the name was $upplement
Boat was finished by Keith Otis, and yes is was a beautiful boat.
I've worked for the owner of that boat for the past 23-24 years.
Capt Dave on this site is brother in law to him.
Sadly, he sold it to a guy and that guy sealed it's fate upside down somewhere in Buzzards bay.
I can probably dig up a pic

El Mar said:
Nice, any pics of yours Crabman??
Click to expand... 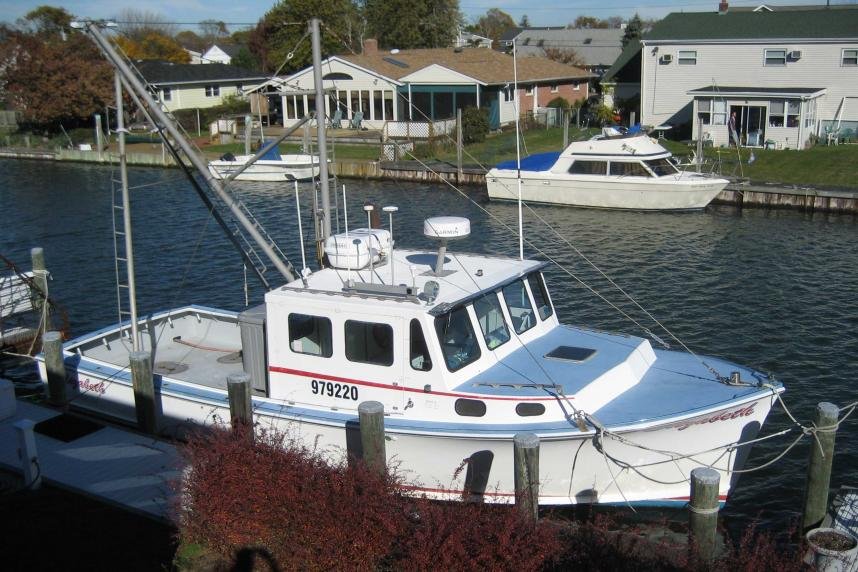 WOW Crabman that boat is in beautiful shape
S

The owner of the boat in the ad is my uncle, it was a great boat, I will never forget it!

Aspiration33 said:
The owner of the boat in the ad is my uncle, it was a great boat, I will never forget it!
Click to expand...

It is still a great boat. I bought it from Billy in 1994 and it has been successfully dredging crabs and catching tuna since. I repowered it and only have 800 hours on a new Cat and Twin Disc.

Hope Billy and family is well. I've got to give him a call. A nicer guy to buy a boat from you could not meet.
T

I always liked taht particular 36 BHM. And may others have as well.
$

Here is one of the pictures I had. Its a scan of 20 year old picture so the quality is not perfect. 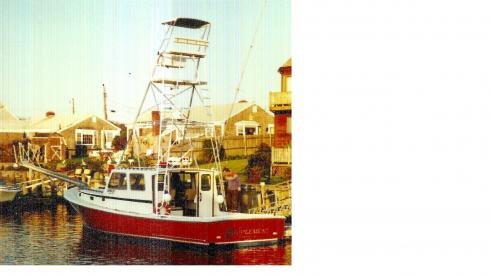 $upplement said:
Here is one of the pictures I had. Its a scan of 20 year old picture so the quality is not perfect.
Click to expand...

What's the name of that boat?
F

Super Suck said:
What's the name of that boat?
Click to expand...


that's the $upplement. Used to frequent numerous harbors around the Cape. One of the best tuna rigs around, back in the day.
S

I remember her being built, the dinghy I use has the same gelcoat, although it's faded now

Supplement was my brother in laws boat, Bob Kelleher. It was moored down the Cape in Bass Harbor which was the principal home. It would sometimes end up at a slip in Sesuit when the fish were on the other side. The skiff was named Estimate and is still in my other brother in law Don's yard. I loved running that boat, stuck a few fish with it, had a great time with my kids on it who are now engineers on tugs and in LE. It had a 3406 Cat and was rated at 540 HP. It was layed out with four buns forward, a small counter with microwave and a head with a shower. She had a raised engine box and a big ass cockpit. The slush tank was big and Keith put in a Pacer pump with a tri valve. It could be used as a washdown pump, puump out the fish box and finally as an emergency bilge pump. The tuna door had a ramp on it and the tower had a nice awning for those hot days. The stand was about 24 or 26' can;t quite remember and Bill Charpalas who some have seen on the EZDUZIT and shark week had a lot to do with the design and ran it often haveing some very good days.

Unfortunately it was sold to a guy in Norwood and Greg Gibbs ran her for a bit out of Marshfield and Plymouth. In late December or January the new owner took it to Fairhaven or shall I say was taking it and hit a ledge at 17 knots. Needless to say he was lucky to be rescued and she sank. I was still in the CG at the time and when I heard the news I was sick to my stomach along with some other members of my family. I might have some pics here that I can dig up but I don't have a scanner. I will see what I can do about getting a few posted. Netherless in my opinion it was a great build by the guys at Otis Enterprises and not sure how old Travis was at the time but also involved.

Welcome aboard, I did not know that was you till I was talking to Don. I am sure you can dig up some more photos out of the albulm.