Travis, i cant find those pictures of the 42 OEM you posted at one point. Not the blue hulled one, the other running, pictures taken while she was steaming along. Any chance you can post them up so others can enjoy them! 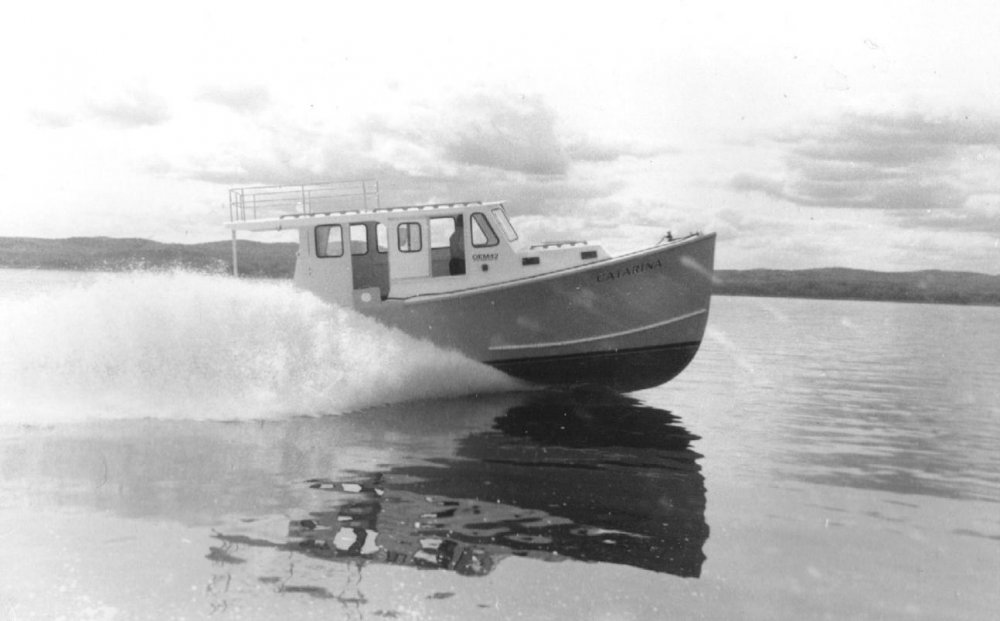 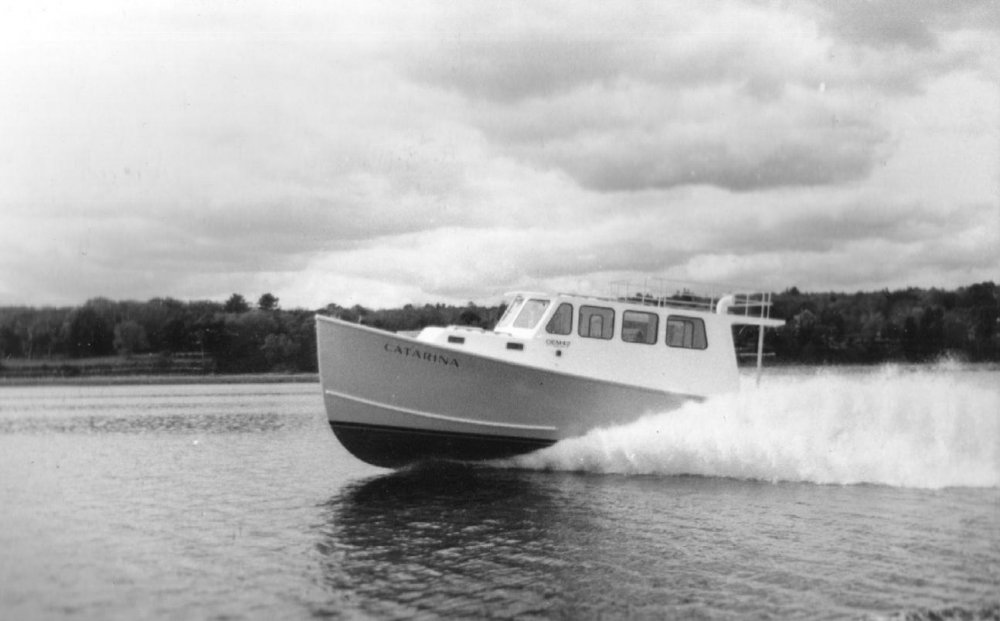 Yup, those are them!

I'll look around, see what I can scrounge up

Nice looking 42. What does she have for power? How many ponies required to push at 15kt cruise for a lightly loaded cruiser? No generator, no flybridge, 400-500 fuel, 100 water and basic accomodations, galley. Same house you show here except maybe 3' longer.

Catarina had a 3406 Cat producing 540 hp with a remote mounted heat exchanger that required 27 gallons of coolant. She did 22knots weighing in at 26,000 lbs.

So with todays power and laminate schedules the weight should go down and the horsepower requirements be lower as well. We had another 42 that went to Portugal, she had a detuned 3306 - taking it from 350 hp down to a paltry 195 hp. She did 16 knots but she was tied up at 1900 rpm. Probably 400-500 since thats where most manufacturers are focusing these days, unless you go to much bigger displacements but it never hurts to have a little more. That QSM-11 would slip inside very nicely and then you'd have 670 hp at your disposal and be able to boogie boogie boogie past all the other guys doing 15 knots when you're done idling around.

Something that turns slow and produces torque coupled to a gear that gets the shaft rpm in the sweet spot, that is what I'd want in my own boat.

Oh boy that's the one! The minute I have the funding I'm calling Travis and ordering one up! I love that hull.

What's up with the rack above the house? Or more appropriately, the rails....Is that to stow more gear??? Curious.

Net storage for their Florida trips

Back in the days before lifting rails.

Is that boat still in Florida?

She was number 5 out of the mold back in '88. She lives in CT, don't know if she still makes the trip own to FL or not these days.
J

It's the 42 OEM. Designed by Eric White naval architect at North End in Rockland Maine, he also designed a 27 which became the Cape Dory 28.
J

Oh. Ok, no offense. They are nice looking boats.

I remember when "Jake & Josephine" was new. I used to see it all over Hull, Nantasket roads and in the bay. I didn't know it was new at the time, but she looked pretty!!

No they didn't, for a while we let the mold be leased out and it was the Northern Bay 42 during that time, not sure how many of those were popped out.
J

What's the beam on that hull.

jwalka51 said:
What's the beam on that hull.
Click to expand...

Travis, could she take a 13liter Deere or FPT under the deck, with a fairly small step up into the cabin, say 6-8"?

Why would you need a step up?