Short Story - Karma loves me after all.

The ray is the only fish I have ever had to back down on to keep from being spooled.

The night chunk bite was unreal. We had to power up and chase fish down at night on the middle of a packed area more times than I can recall. All while people were smoking bowls, night trolling, and likely sleeping.

The bites all came on live squid, and all deepr than 800 feet. We set up on the east wall in about 700 feet to start with the deep being about 1200-1300 feet. Bites came quickly and we had to chase the fish down. We reset after each fish, and finally switchede to the west wall when the cdrift changed direction. I wanted to keep the drift direct6ion running down hill. I figure predator5s are lazy; the4y don't want to fight current and they want the prey to go past above them while they watch from below in a quiet calm spot. The tuna came on the east wall and the sword was on the west.

The albies all came in an area to the sw of the dump, in the exact spot we found them three weeks ago. Got a late start on them because I started out to the east of the 500 which looked great but which had zero fish. So I bolted west and was given some numbers by three other boats (thanks again, saved me a bunch of hunting and ended my frustrating start to the trip). Typical pattern. 265 feet, 68.6-69.5. Single hits for the most part, all on smaller lures or ballyhoo. Still a lot of fun.

No love on the greenstick this trip. I did see a couple of comm boats pulling them at the tails and they seemed to be running about 4 knots. At 4 knots there is a lot less tension on the mainline and the droppers hang lower. I need to make up a set to account for this. Mine were dragging at 4 knots. More tuning.

The sticks did seem to be catching, but they were trolling 2 hours before and after dark, and the whole day. They were putting in the hours and picking away. The bites only seemed to last a short time and only happened a few times over the time we were there. Most boats took zip, or so it seemed from the chatter.

We were very happy with what we ended up with. Both the sword and big eye were firsts for me.

We came in a little early due to the thunder storms moving in.

All is well in the world again. life is good

Hell of a good trip Greg, Karma can be a great thing !!

I was lucky enough to be out there with Greg on his T. Jason.

Epic trip and the orange bird I made for the stick worked well even though nothing hit the stick baits.

A few pics from my phone. 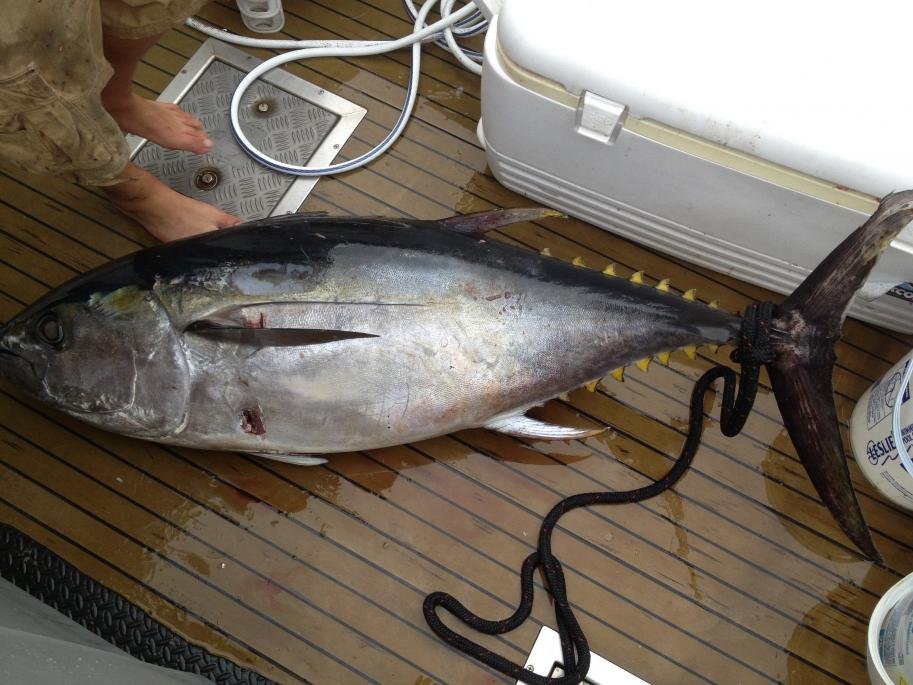 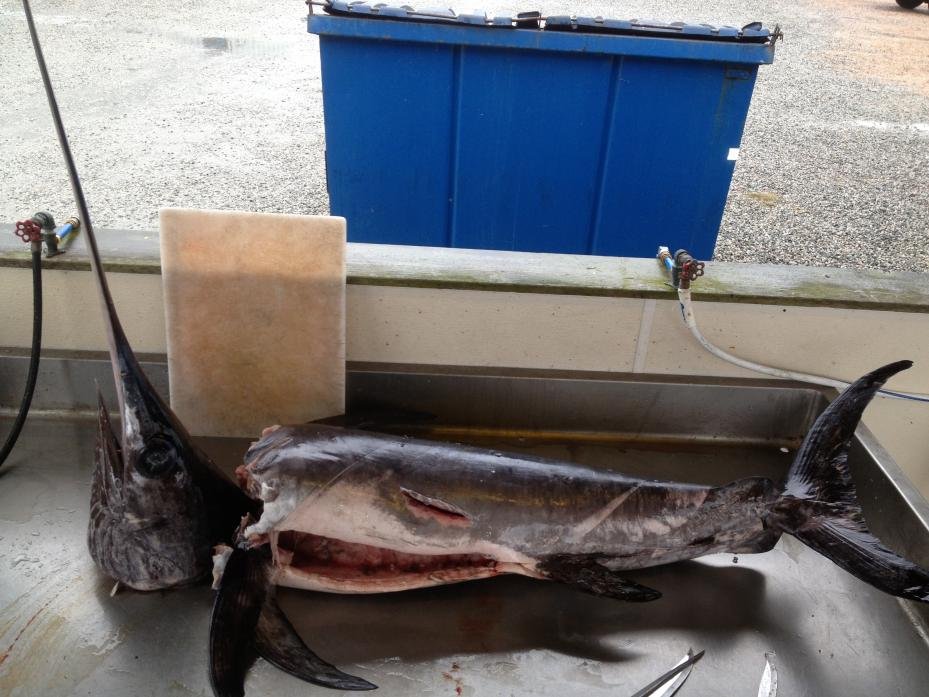 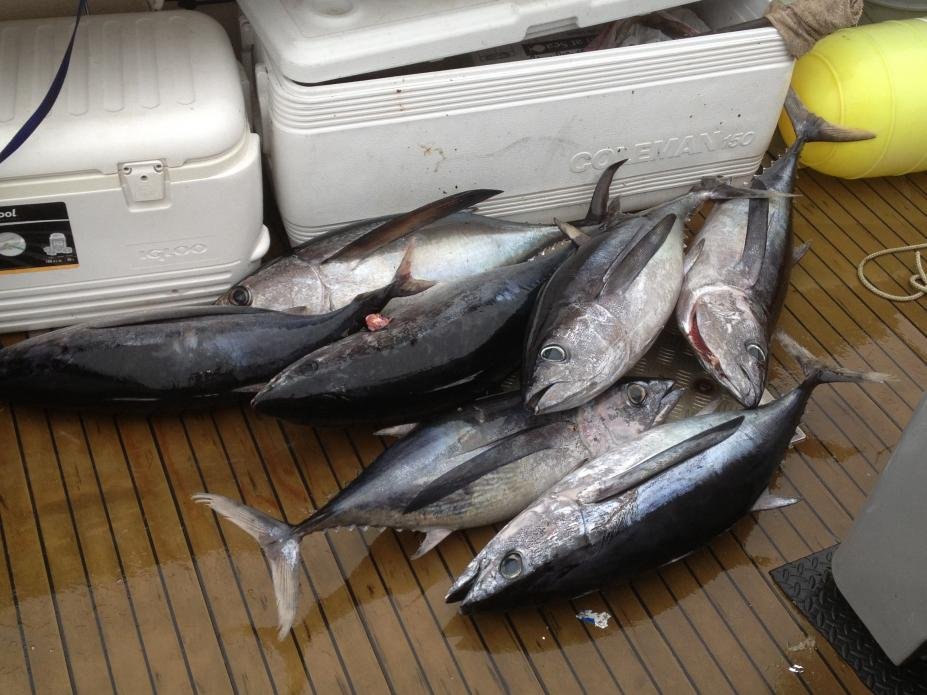 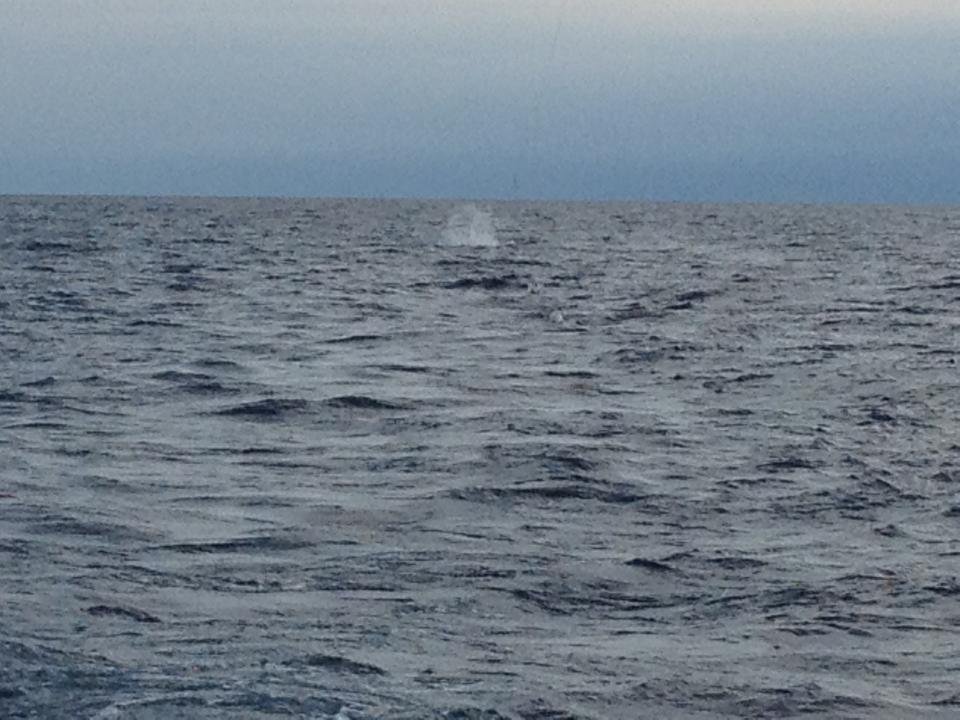 Kool Pics Bryan, thanks for posting !!.

Glad to here that Mud!!!