Hey Family,
After some prodding (Thanks TL) I feel obliged to give everyone a tour of Precision Marine. I took these shots last week to hopefully capture the essence of the operation, and I'll post of a few pics of some projects we have in their own threads. We're doing four repowers, two generator installations, a restoration of a Fortier 28 (Topsides Awlgrip, heavy brightwork, new decks, etc) and the rebuilding of a launch we purchased. For now, here's a tour of the place to give a bit of perspective. I apologize in advance if anything looks messy, the place is actually as tidy as one can be, think of it as a snapshop of controlled chaos. Thanks for following along! 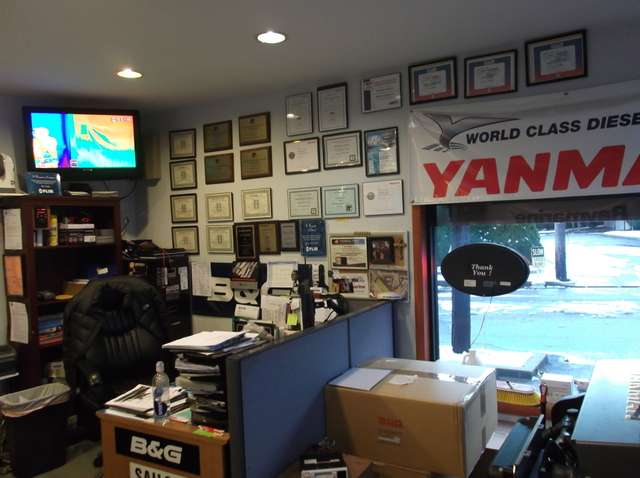