We changed fisheries from a shore based gillnet fishery to an offshore "drift gillnet" operation this last year. I opted to hire a skipper to run the boat for me while my son, his buddy and myself acted as "crew" on our own boat and learned the ropes without damage to life or limb!

I had bought an older 40' boat and had replaced everything, engine/trans/fuel tanks/electronics/3 station steering-engine controls/hydraulics etc and didn't get to try any of it before the producers said "get it in the water, now!" As expected, we had some new component issues that will be empasized!

Six episodes beginning tonight on Alaska Fish Wars on NatGeoWild, 7pm pacific time. Returning skippers/boats are Gavin on the North Crow, Wes on the Night's Edge and then two new boats, Taylor on the Nedra E and my boat the Night Hawk and hired skipper Dino.

I'll be doing an after episode review each night on our Facebook page at https://www.facebook.com/#!/fvnighthawk 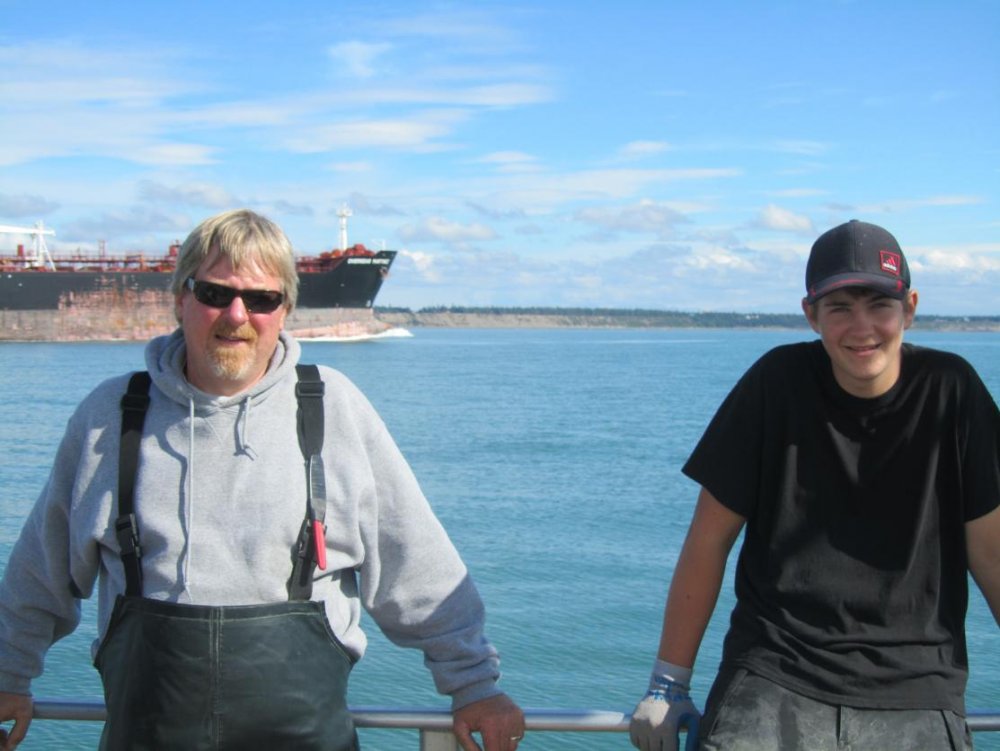 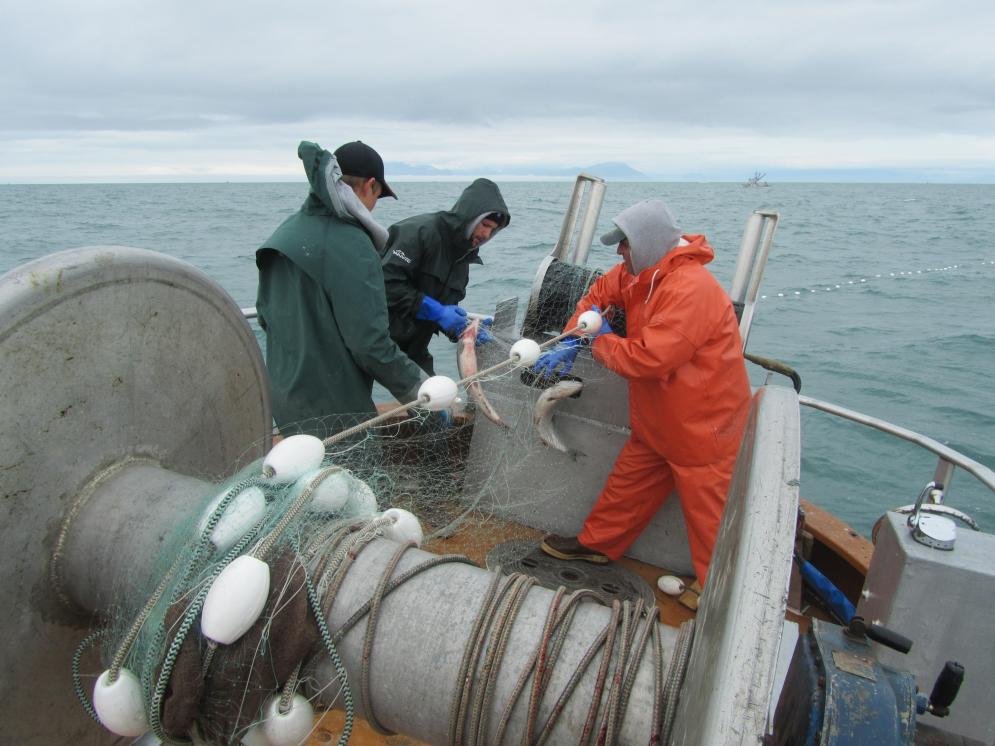 Thanks for the heads up on the show. I'll def be checking it out. 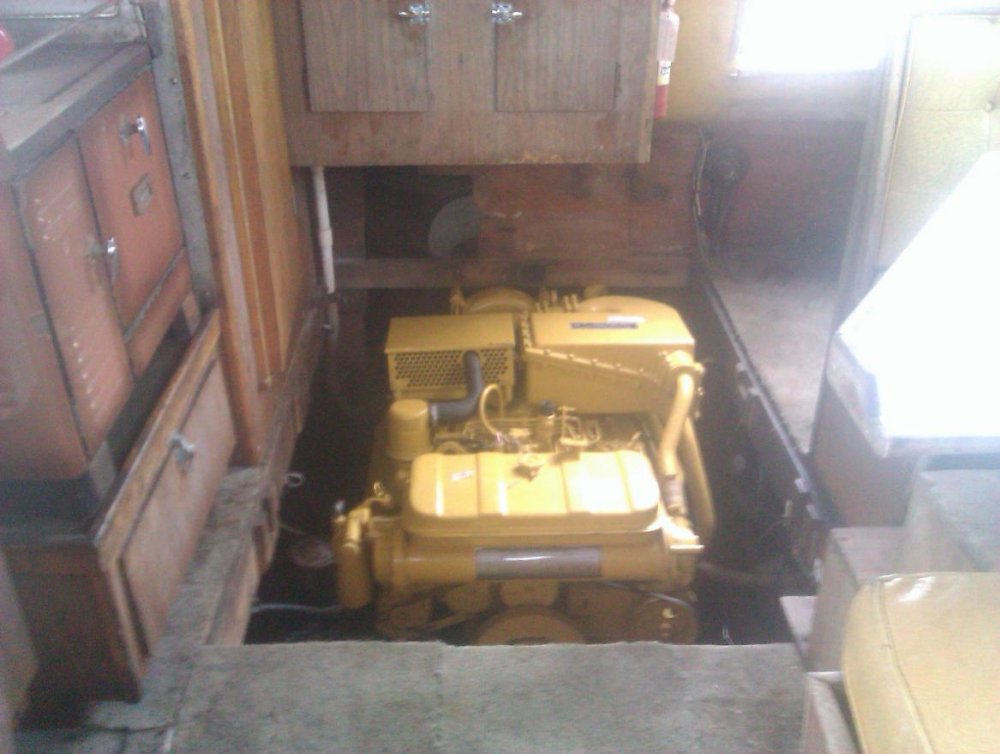 I was too. I have the 3208t(320hp) I was a little surprised to see thats the motor your running, but i guess if you dont run her hard, like anything else then it will give you a good effort. Good luck with the rig and the show.

Nice work boys cant wait to see this one
5

I had worked 18 straight 16 hr days trying to get everything operational. It was July 5th and the production crew said, you've got to have this thing on the water! High tide was at around 4am the next morning so we launched with nothing more than a 10 second engine start while up on the hard. Issues shown in this first episode were fuel related first off. I installed a FloScan unit and Tony Athens fuel filter system so I either have a leak within the plumbing through these units or are there hoses under the valley pan/inj pump cover that can get brittle?

The other issue was that the install shop had removed the hard cooling lines going to the gear cooler. I hadn't realized this until we started spewing coolant and found both ends of both lines finger tight or less. We tightened up , topped off the coolant and we're back in business. I later looked at some pics taken at the time of install and realized there was a picture with the coolant lines sitting on the galley table so they had reinstalled but not tightened them up!

Editing was factual in that I filled up with $800.00 worth of fuel and only caught 37lbs of fish. Worked most of the big bugs out! Stay tuned for more however!

Lance- I wasn't able to watch this first episode. I don't have cable/satellite. Was it a good show?
5

Hi Brian,
It was decent alright. Lots of minor issues turned into mild drama but that's what its all about! Wes for the most part held his tongue unlike last year. Taylor/Nedra E have some crew issues but otherwise all is well. You might check the NatGeoWild website in a few days to see if the most recent episode is available online.

I watched it. It was cool. I liked the one guys money jar for swearing. I need one of those.

Man the sound of that 3208 brings back memories
5

Don't know how many of you watched last week but it was embarrassing. Lots of engine issues and only $83.00 worth of fish caught vs $1800-3600.00 off the competitors boats. I have not seen the editing but I hope we fare better tonight! Catch us on NatGeoWilds "Alaska Fish Wars". The season premier episode is on at 9pm eastern time tonight followed the second episode at 10pm eastern.

Just set the dvr for both episodes. Thanks for the heads up

Lance- I enjoyed the first episode, it's pretty cool the rest of the country gets to see the fishery we participate in. I thought it was hilarious when you were turning over your engine at the dock, and it wouldn't start, and they edited in some old mercruiser outdrive with a dented up prop, as if that was your prop- hilarious. Then your boat fired up, and they edited in that same old outdrive and the exhaust coming out and the dented prop spinning up. I'm like, who thinks Lance's boat is powered with an old outdrive? If the show is going to cut to an underwater clip, at least make it believable. So tell us, how well does that mercruiser transfer the torque of your 3208TA? Other than that, the show seemed accurate and the scenery is beautiful. Good luck tonight, I hope you guys get into some fish in this episode .
P

I would have shown the exhaust coming out of your dry stack when the Cat fired up (we called the exhaust Kitty Litter)- 'course that would have offended the environmentalist wackos.
Last edited: Jan 20, 2014
5

I've found that with a 1350 driveline coupling my 435hp engine to the stern drive, I can get about .5 mile before the thing self destructs! I know, they patch different clips together, not realizing that there are lots of folks viewing out there who know what they are looking at! All in all, we are happy with the show and America gets to see how their seafood is caught with a bit of drama! We did "up" the catch a bit over the first days total of 37lbs!

I'm posting a bit of info on our Facebook page www.facebook.com/fvnighthawk so please "like" the page as we're having a bit of friendly competition amongst boats/skippers for the biggest following. So far, Capt' Dino is spanking everyone else!

Good show Lance, I was able to watch the second episode last night- I liked your facebook page.
5

Thanks Brian! Sending an email regarding the 40'.
L

I'm thinking about converting over to an outdrive. The Night Hawk moves through the water nicely.

levidossak said:
I'm thinking about converting over to an outdrive. The Night Hawk moves through the water nicely.
Click to expand...

You mean Night's Edge... the bowpicker with the twin outdrives. What engines does the Nights Edge have? I'm assuming twin Volvo diesels.