Anchoring a Downeaster on a Wreck

Seeing MDI45's last picture in his 11/6/11 4:50PM +/- post in the Some DE Pics thread made me think. He said the pictures were from that todays blackfishing. The boat in the last picture is anchored up like it is tuna fishing.

Let me qualify what I am about to say. In 2000 and 2001 my better half did her masters thesis on blackfish on the Shinnecock Reef. For two years from May to November we fished for blackfish three weekends a month and on the fourth weekend she would dive on wrecks on the reef to collect samples from the wrecks and the bottom. She had a NYSDEC Collection Permit for 500 blackfish a year of any size and amount a day. We caught 400 fish each year.

There are two ways to anchor on the wreck. One is with two anchors and the other is by anchoring from the stern.

If all you are going to is wreck fish then the two anchor system is the way to go.

During the two years of my better half's thesis we used a Danforth anchor. We did not lose it or bent it.
Last edited: Nov 6, 2011
T

Thank you for the anchoring tip. Ar you moving the anchor between stern cleats to get the boat to change positions?

Frigate, absolutely agree wth you on blackfishing with two anchors. Here are a couple of shots of the bow pulpit I had on my 27 Osmond which I sold in April. 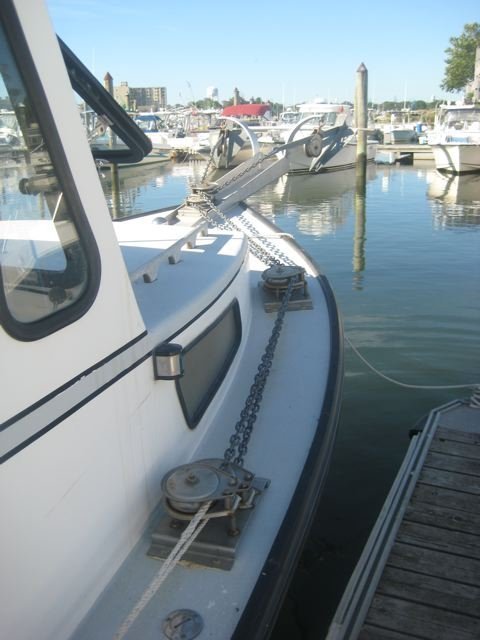 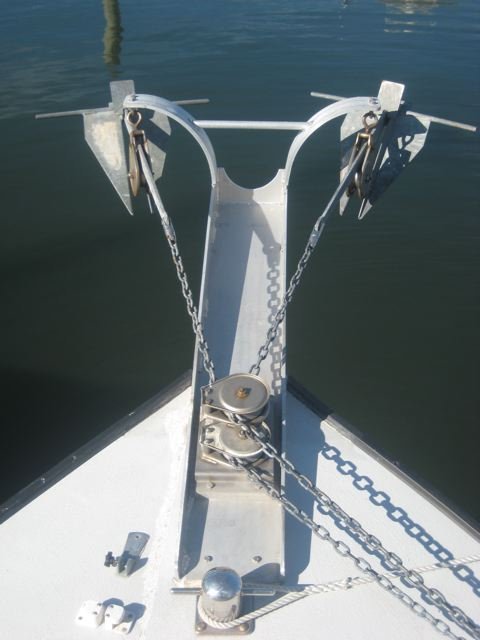 Hey vman,where did you buy those rollers...i would like to get something like that....i lost a 40 lb anchor blackfishing as you can see....ouch 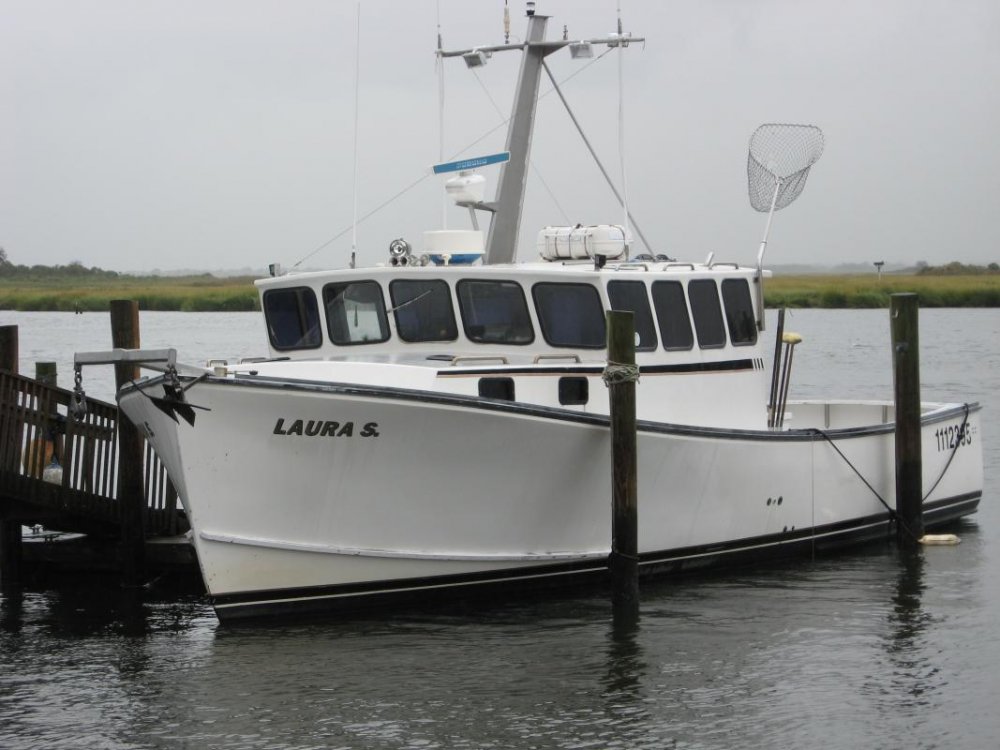 Got the pulpit and rollers from North Fork Welding in Greenport, NY. He makes up the rollers in his shop, welds two blocks together...Works great.

thank you VMAN...i gotta take a ride out there

IMHO, I would not anchor my boat from the stern. You would be facing your cockpit into the sea. Also, if you have funky wind against tide
situation, you can wind up with your anchor line wrapped up in the wheel pretty quick. Anchoring from the bow is the way to go. Double anchoring
is best bet for tog fishing followed by single anchoring. If you dont have an anchoring system, you can haul the anchors with a ball and ring from the cockpit. The use of a wreck anchor or graple has its place but only on the evilest of bottom when you have no other choice.

Capt Rick, i agree with you 100%...never from the stern....unless its flat calm and then maybe i would put a grapple hook to stop the swing

Agreed about the stern, in our area the current rips and could swamp you, but in defense of Frigate I would say its at the discretion of the captain depending on current and vessel.

Another option is a bridle used off the bow.

Thank you El Mar. On the south shore of Long Island, NY except very rarely we do not get any current fishing just off the beach. Once in a while when anchored on the Shinnecock Reef you may swing a little when the tide changes at Shinnecock Inlet a mile and three quaters to the north. There is far more current 65 miles off the beach on the 100 fathom line than at the Shinnecock reef.
You must log in or register to reply here.
Share:
Facebook Twitter Reddit Pinterest Tumblr WhatsApp Email Share Link