Anyone ever come across a container

Was watching that stupid large container ship stuck in the Suez Canal.. got me thinking anyone ever come across a floating container like the Robert Redford movie, All is Lost? 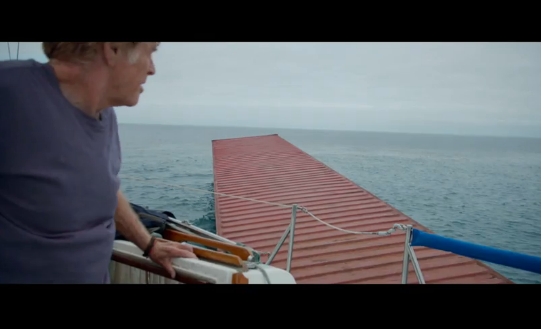 No but I have heard stories of people hitting them. Not good.

Don’t know if it’s true but I heard there were a couple of containers floating around off NJ that came off ships during Sandy when she went through in 2012.
S

Saw one aground on a ledge off RI years ago

Have seen thousands of sneakers bouncing around and washing up on the beach years ago that came out of a container.

Here is an interesting article that says possibly thousands of containers go overboard every year.

Ever wonder what happens to the THOUSANDS of containers that fall off ships every year? | CargoTrans

Very interesting. Didn't realize so many are lost. It seems most sink to the bottom and that's a good thing. Would hate to run into one.

One of the boats from Rockland picked up a bunch of lumber that fell off a ship.I dont recall if they were using containers so much back then

Years ago I came up on a container southeast of Shinnecock. It was not is big as the container in the picture above but was only 6" out of water. Caught a few mahis off it and left.
P

Not a container, but came across this on Fire Island, NY early in the season of 2018. 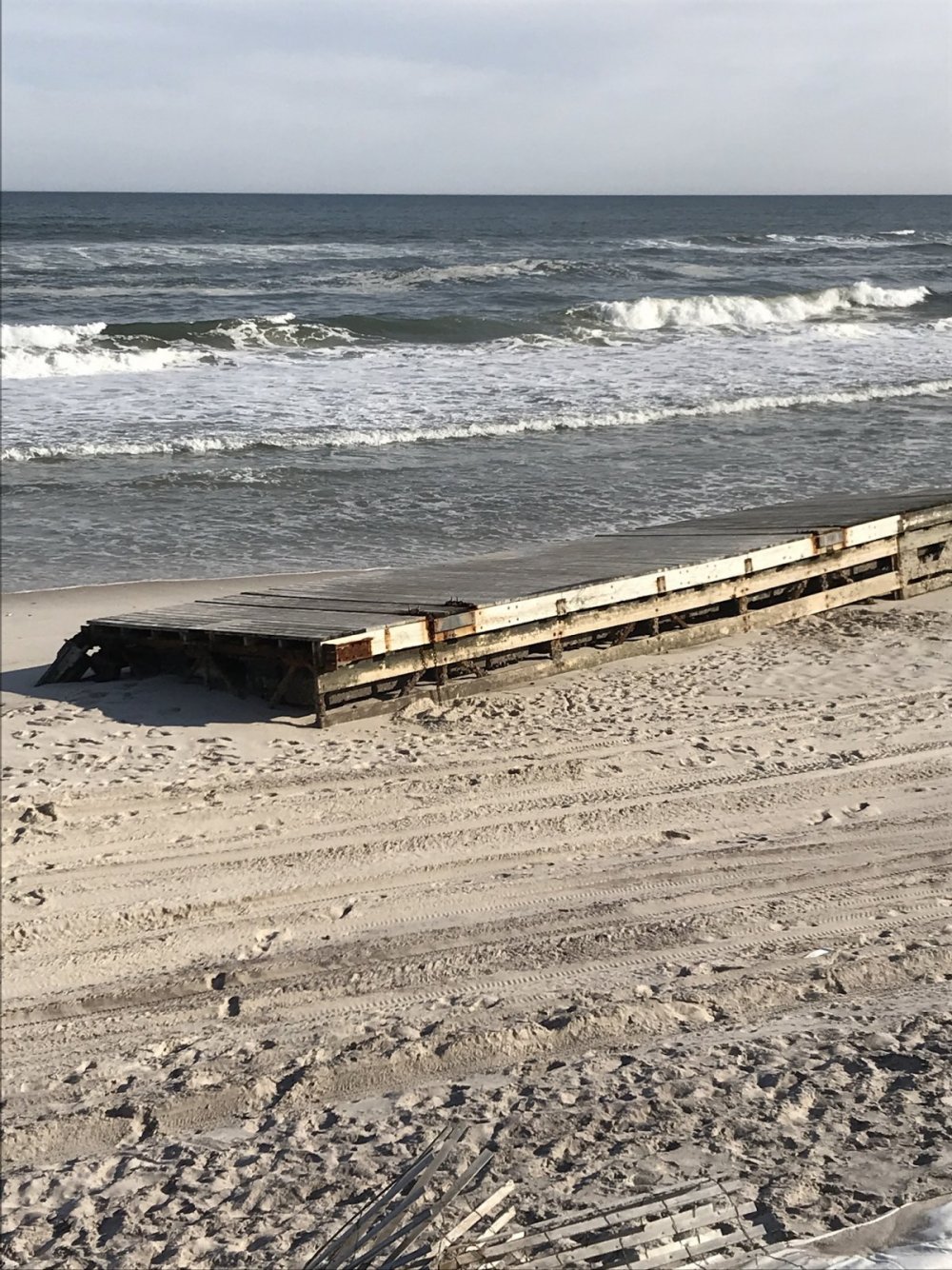 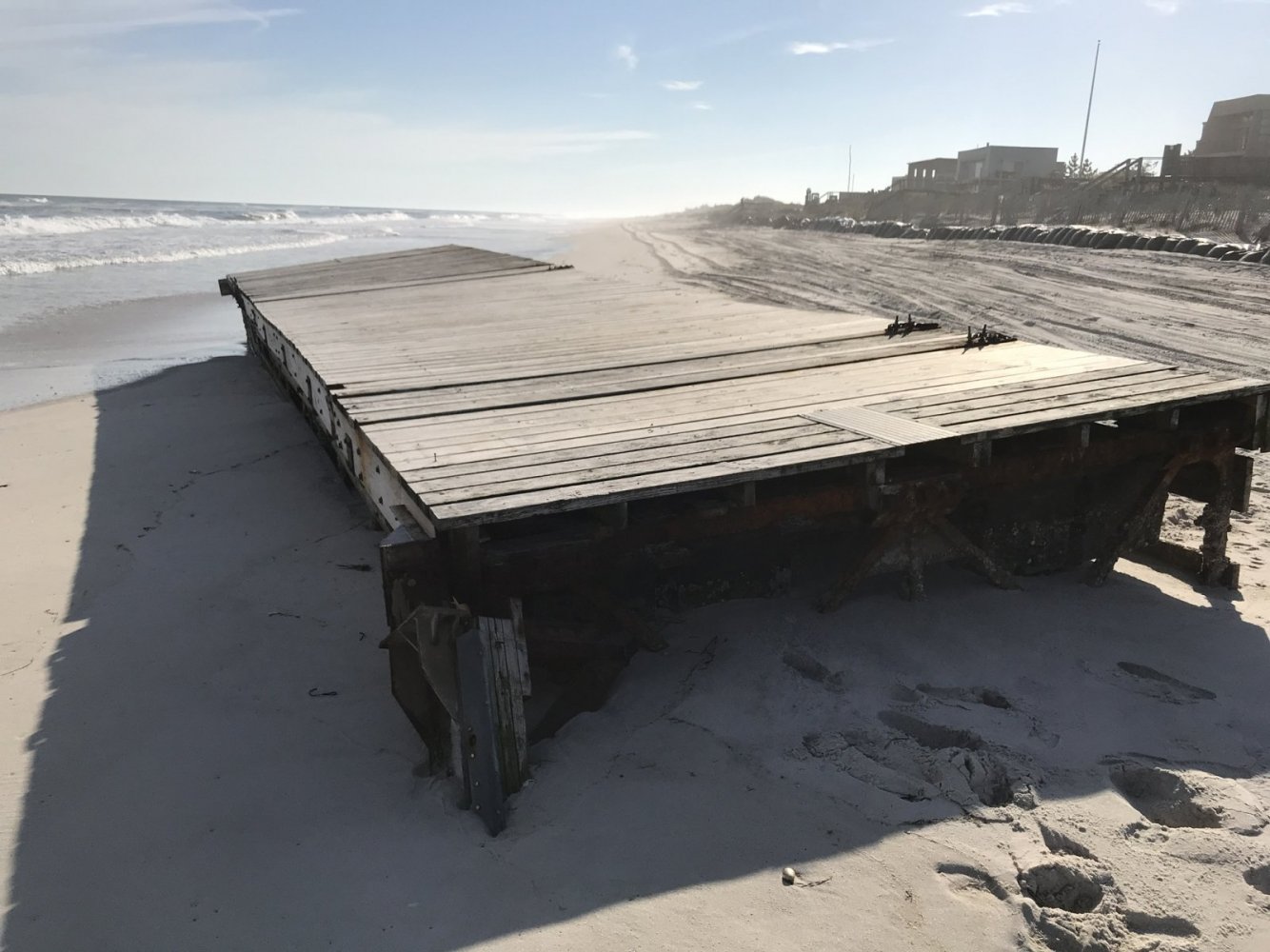 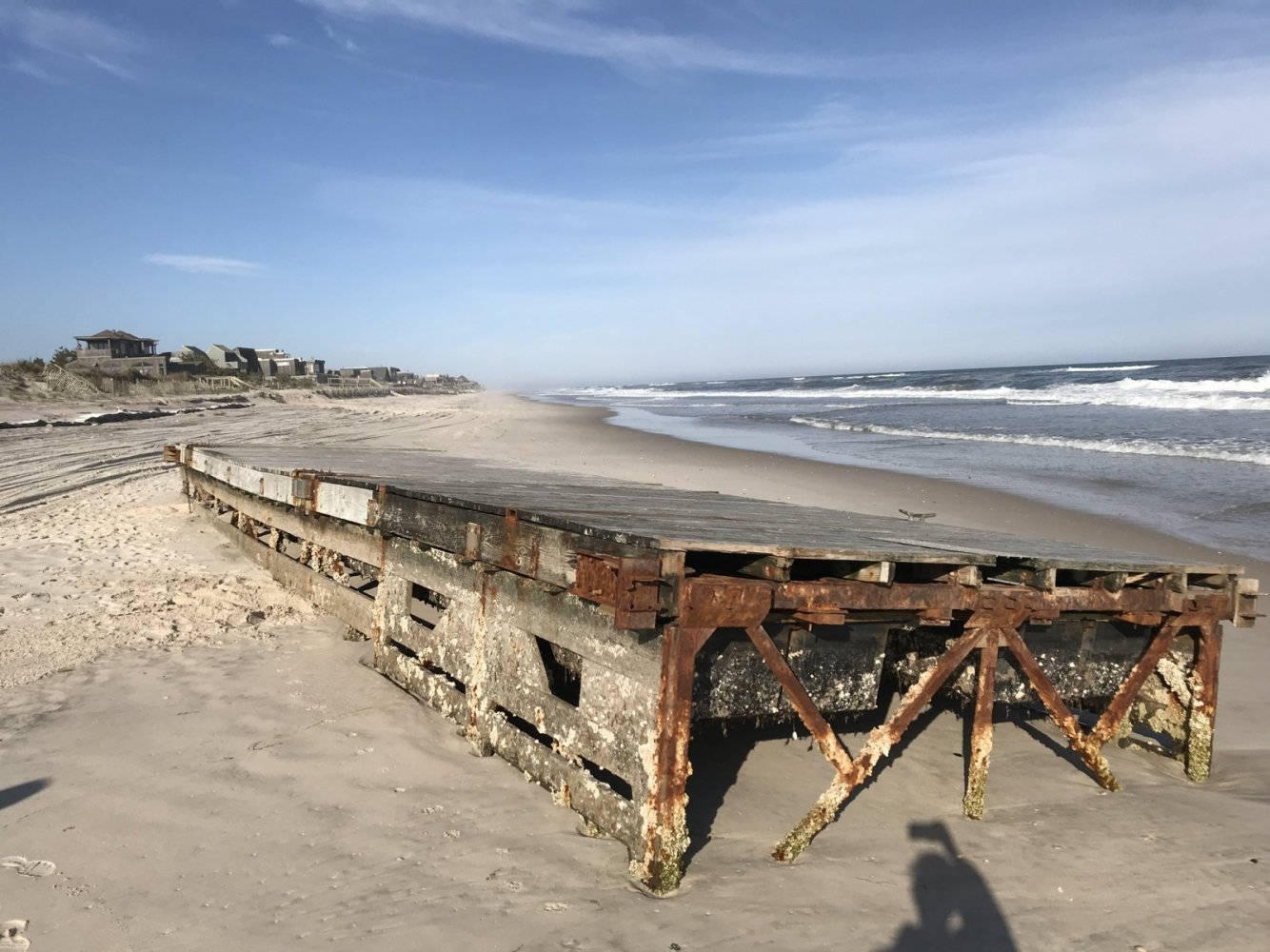 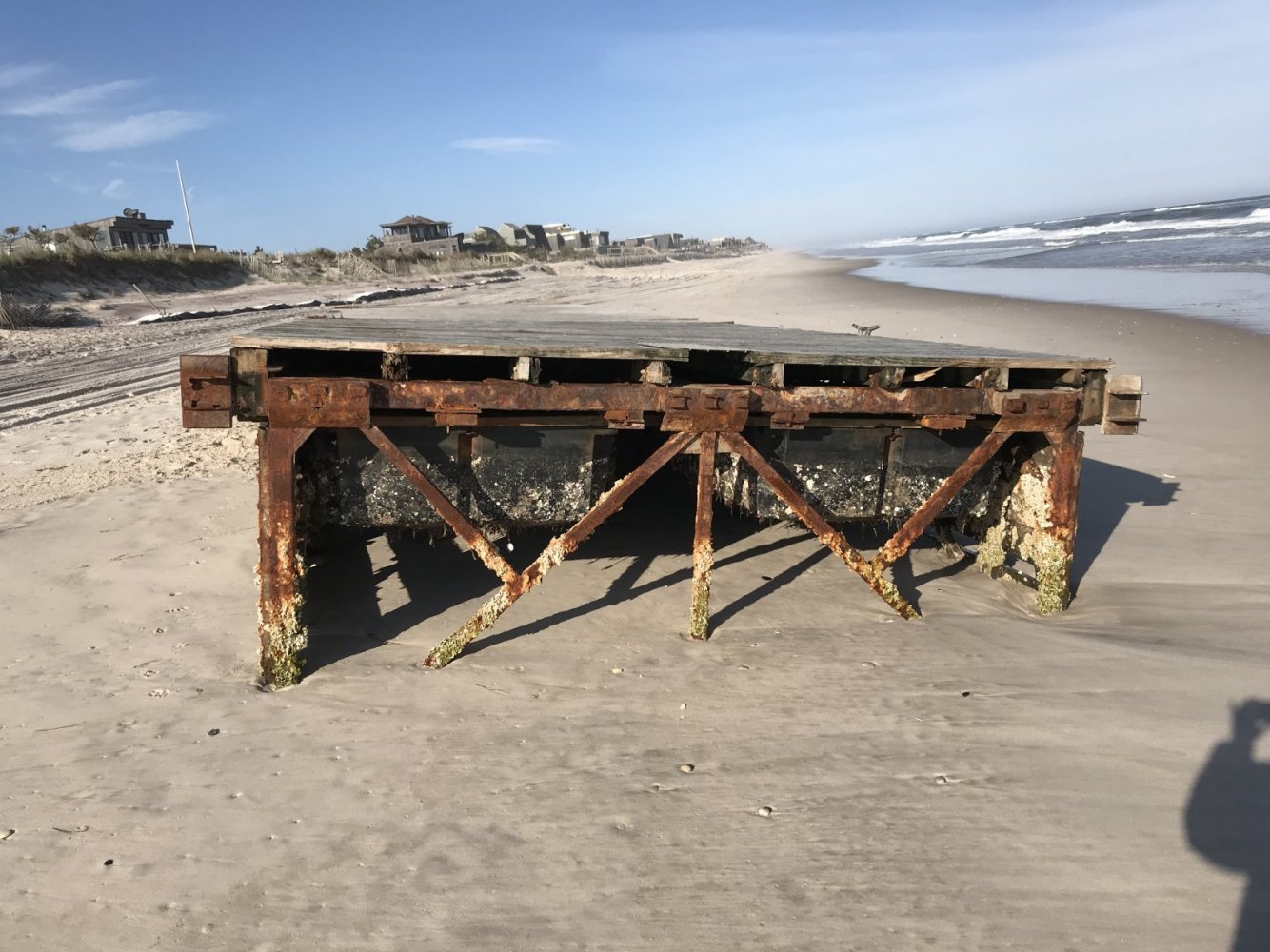 Yes, off Montauk back in the late 80's. Only stuck out of the water 6", to this day I think about it when we run at night...

I can not imagine what would be inside a container to cause it to float...rubber dog shit perhaps?

One of my biggest concerns when boating is floating debris. Last fall I pulled part of a deteriorated wooden dock from the South River.

That's what I was thinking, the weight of it with water leaking would sink it
P

One day a bunch of years ago I was heading east inside of Matinicus and noticed a peculiar, really odd looking vessel heading in from offshore. I altered course a bit to take a closer look, maybe offer assistance. Turns out it was a big ocean racing sailing catamaran motoring in that had hit a submerged container at speed, in the dark. One of the guys on deck said they were doing almost 20 knots at the time. It snapped one of the hulls up at a 90 degree angle, which they had jury rigged and hoisted clear of the water. Then they pumped water ballast into the other hull to raise it out as much as possible to reduce drag. The hulls were constructed with several water tight bulkheads for just this reason, so they weren’t really in danger of sinking, said the other guy on deck. “You win some, you lose some” said the first guy as they headed towards Rockland. I’m thinking that was a big win, and the reason I don’t go offshore at night anymore.
T

AW_Holland32 said:
Was watching that stupid large container ship stuck in the Suez Canal.. got me thinking anyone ever come across a floating container like the Robert Redford movie, All is Lost?

yes, all the time when fishing off Costa Rico's West Coast and Kona, HI. Why, who knows ! Capt Jay

Funny that today, the captain of the boat that picked up the lumber happened to bring some pictures to the boatyard today, and one of them was of the wood they picked up . He said they just picked up a few that were still bundled , but it was floating every where 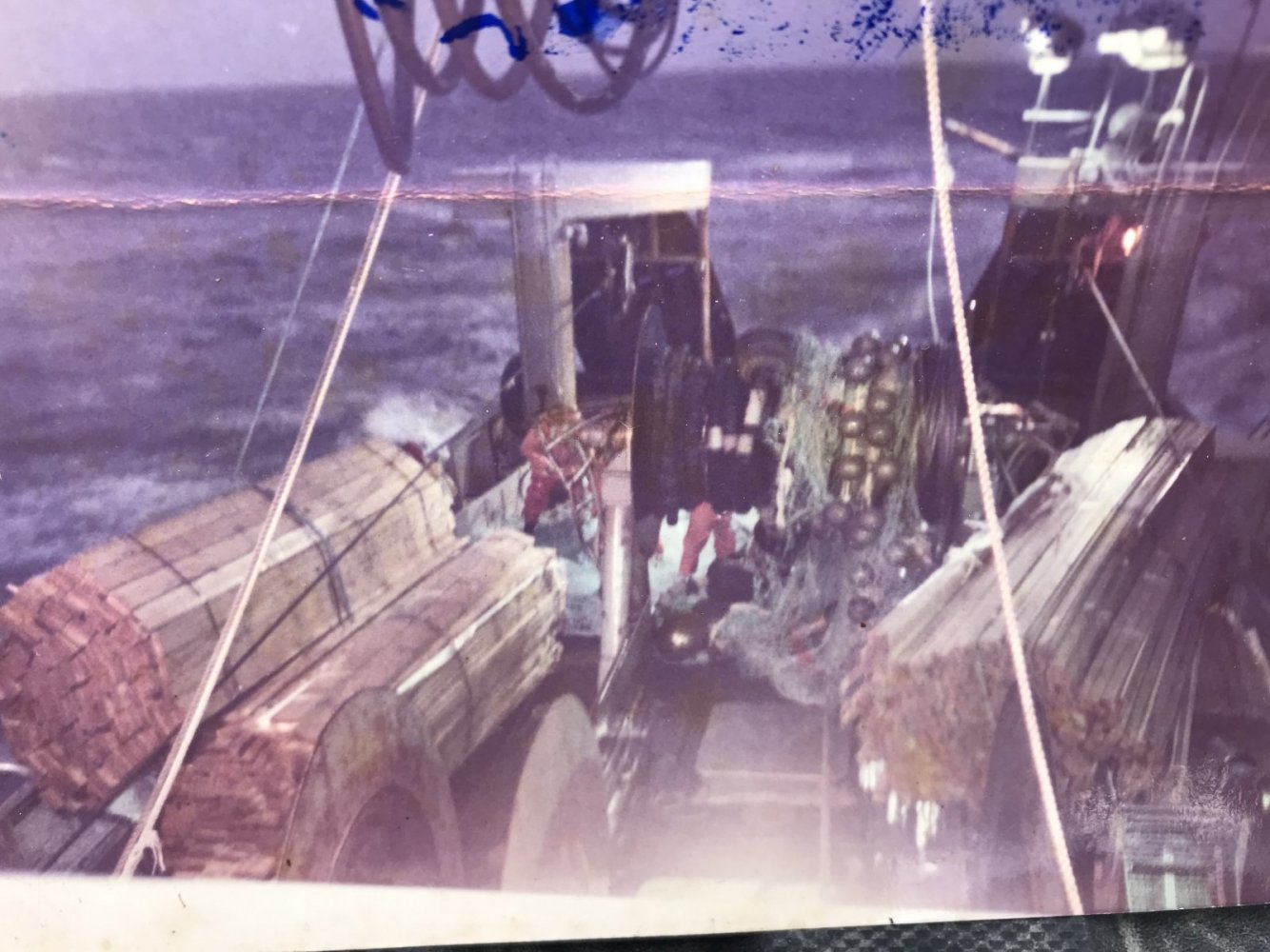 About 5-6 years ago I’m in the BHM on a charter.
I see something ahead of me in the water. I was heading out of the harbor towards Deer Island.
As I got closer to the object it was a floating dock, about 3’ X 16’ long.
The top of it was concrete.
Could have ruined someone’s day.
Called the CG & waited for them to show up and to make sure no boat hit it. 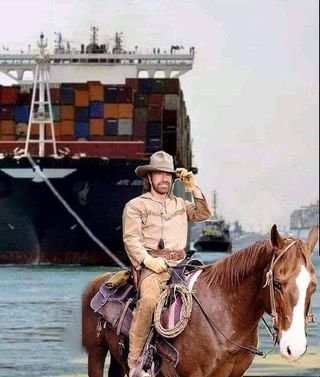