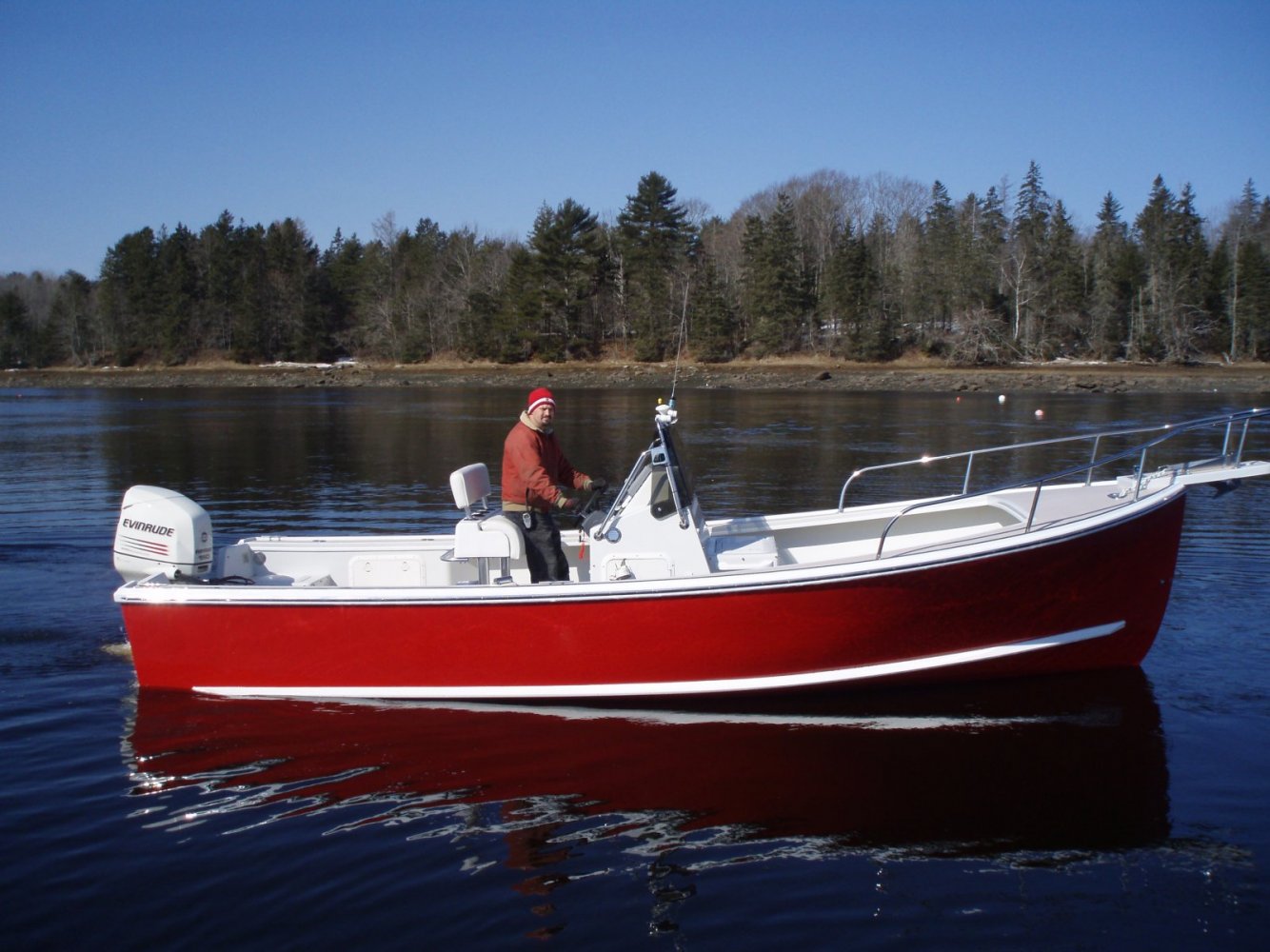 For sale after 14 great years with me is a very nice, red downeast center console on the Calvin Beal design hull. Full 9' beam, solid build, 150HP low-hour engine. The only reason I'm selling is to upgrade to a full cabin now that I have grandchildren and may have time for the occasional overnight. (Picture above is from 2008. Current pictures below.) Located near Blue Hill, Maine.

My understanding is that this is the same hull as a General Marine 22. My boat was finished by Bradley Boats in Ellsworth and this was their demo / show boat used by the owner. They built the "Beals Island 22" and this is officially a "Bar Harbor 23", since it has the anchor platform and bow rail. But, all the same hull. 4" skeg ends under console, basically flat back to transom from there. You can back this up in 6" of water at a beach and step off.

This boat has been used as a family runabout in Maine since 2008, averaging 1 tank of gas per season (70 gallons). It gets many compliments and never fails to impress with being a really solid, good looking, stable and seaworthy boat.

- New VHF last year.
- Saltwater washdown pump
- Commercial style aluminum deck hatch
- Boarding platform with pull-out swim ladder
- Leaning post, foot rest railing, storage seat with cushion in front of console, cushioned aft lockers port and starboard
- Dual battery
- Stern light on removable pole.
- LED deck lights around console
- Comes with radar, but antenna was never installed, so working condition unknown. Comes with autohelm compass installed, but I never used / unknown condition.
- Fishfinder depth sounder
- Basic, older GPS works, but I tend to plug and use a phone app as a mini-chart plotter
- Porta-potti inside console
- Anchor locker forward, large console storage area, lockers port and starboard sides aft, as well as battery lockers at transom.
- Stainless rubrail all the way around
- PVC spray / lifting strake makes for a dry ride
- New coupler on trailer (but no brakes on trailer, since I go 1 mile to ramp in June and 1 mile to ramp in September)
- Engine trim/tilt rebuilt 2 or 3 years ago.
- Trailer includes wheel flush system and EZ lube bearings
- Full tank of gas, since that is how I store it in the winter. (Stabilized, of course, and no ethanol ... always starts right up.)
- Anchor and rode included.

OK, so that seems like a really good price compared to comparable boats, why so low? Basically, I'm looking to sell for cash quickly without taking the time to buff up any needed cosmetic items, which I list below. Note that I bought this boat during "The Great Recession" ... I got a good "going out of business" deal then and I'm passing it along now.

You could go many ways with this boat at this price, starting with using it as-is. But, my ideal to-do list for current boat includes the following items:
- buff and wax hull
- fresh bottom paint
- a couple of small paint chips on deck
- leaning post cushion has some stitching coming loose at corners ... could be hand-repaired easily or new Todd lean post cushion ~$200 online.
- Sunbrella cover for center console is patched and could be replaced.
- trailer wheel fenders have some rust holes, but are still serviceable / solid enough to stand on
- winch cable should be replaced if used regularly ... I just drive the boat all the way onto the trailer at a steep ramp
- I have an impeller kit, which probably should be installed. (Current one works fine, but is due for replacement.)
- I have a new Racor filter, which should be installed
- One of the batteries is probably older / due for replacement.
- Bilge pump needs replacing, but very little water gets below deck on this self-draining hull. I have not tested float switch vs pump.
- Engine cowling could be waxed. One decal coming loose.
- Some of the caulking around lockers could be refreshed.
- Trailer lights don't work, as I use portable, magnetic ones.

I'm willing to launch and deliver hull anywhere in Penobscot Bay / MDI area, if desired, so that you don't have to trailer full rig that far.

Engine has always been very reliable. Only 2 issues I had in 14 years were a bad primer bulb limiting top speed and the internal fuel filter loosened up, which caused idle speed stalling. Both easy fixes.

These pictures are right out of storage in April, before any clean up. 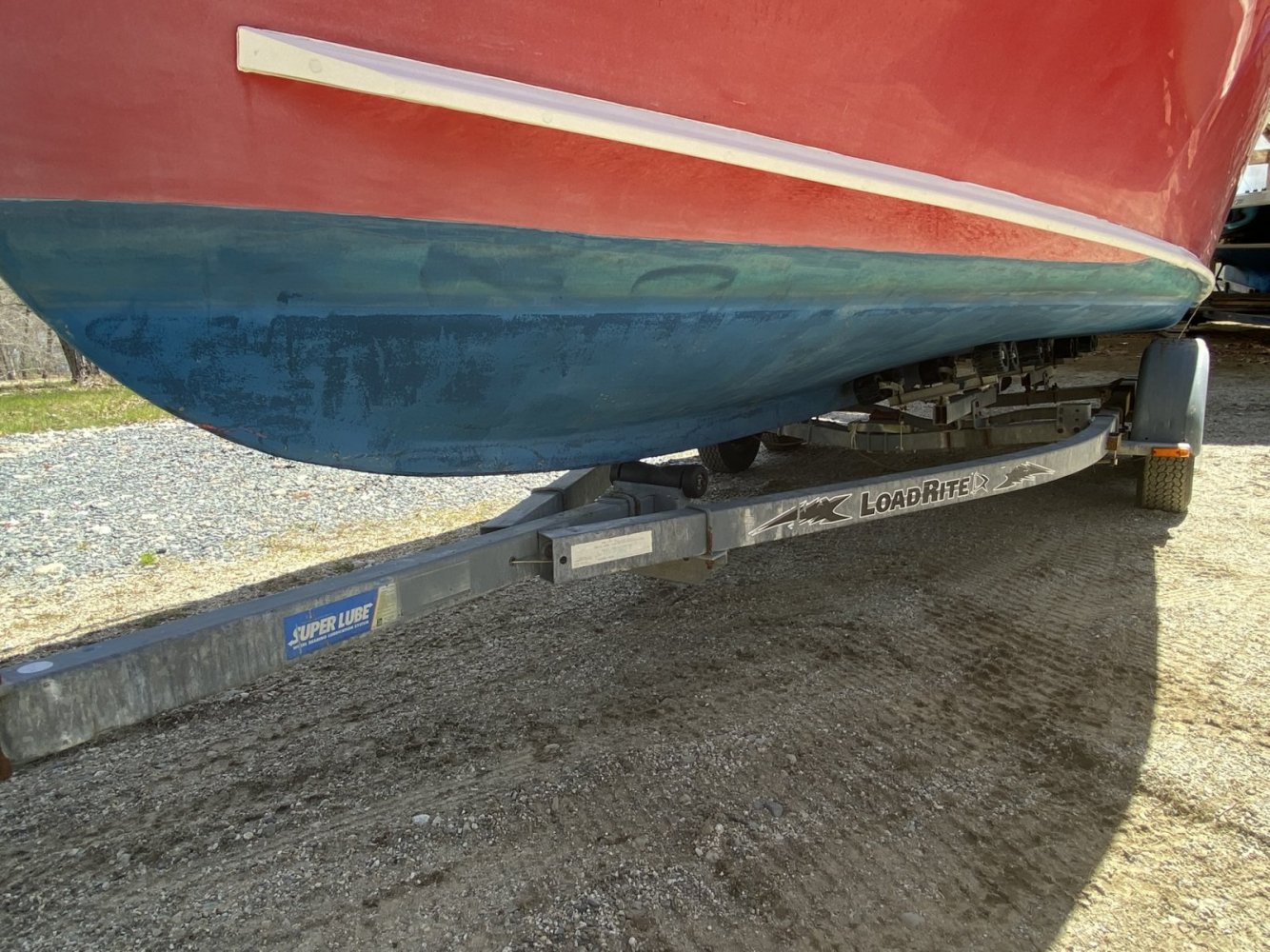 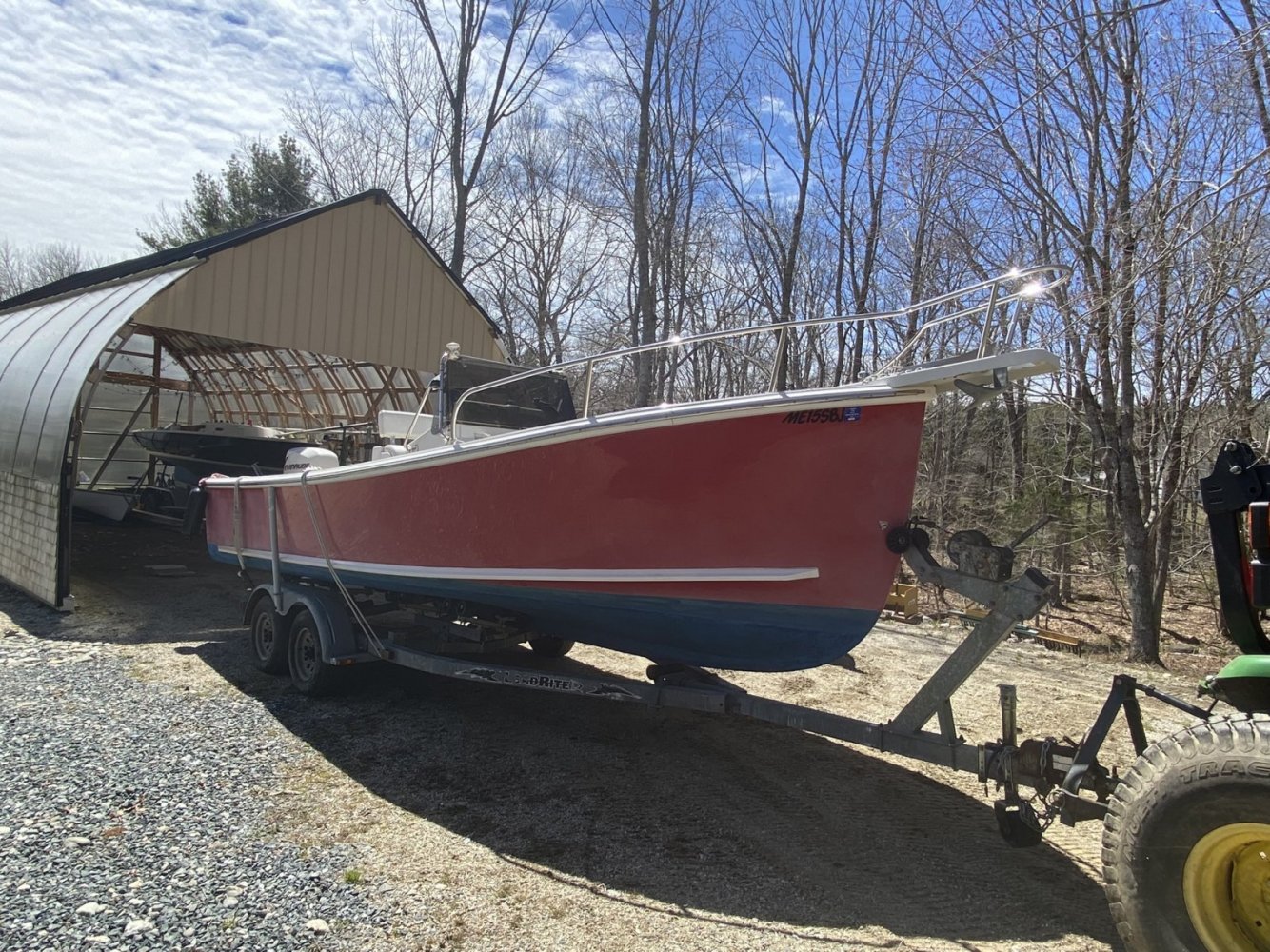 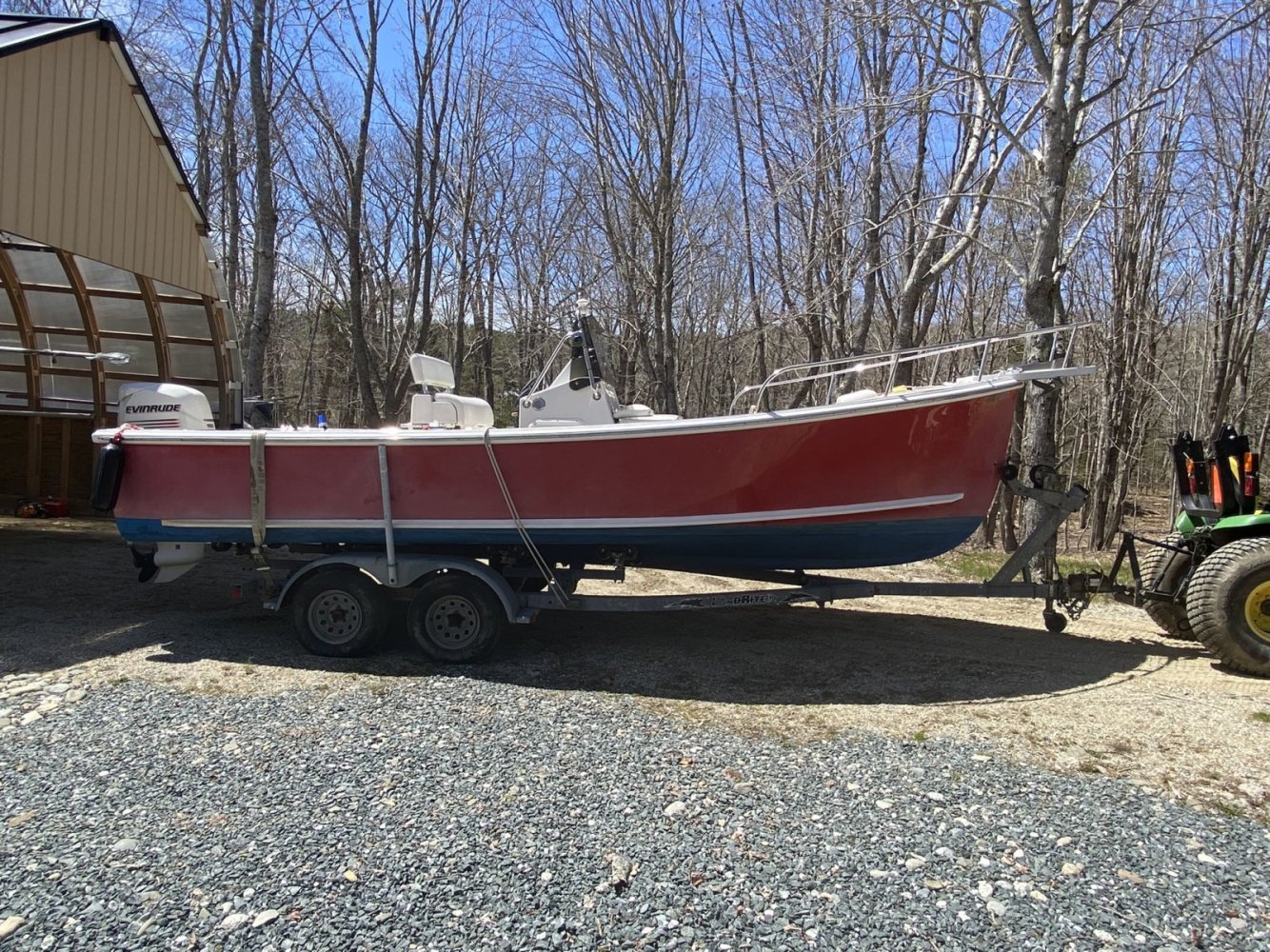 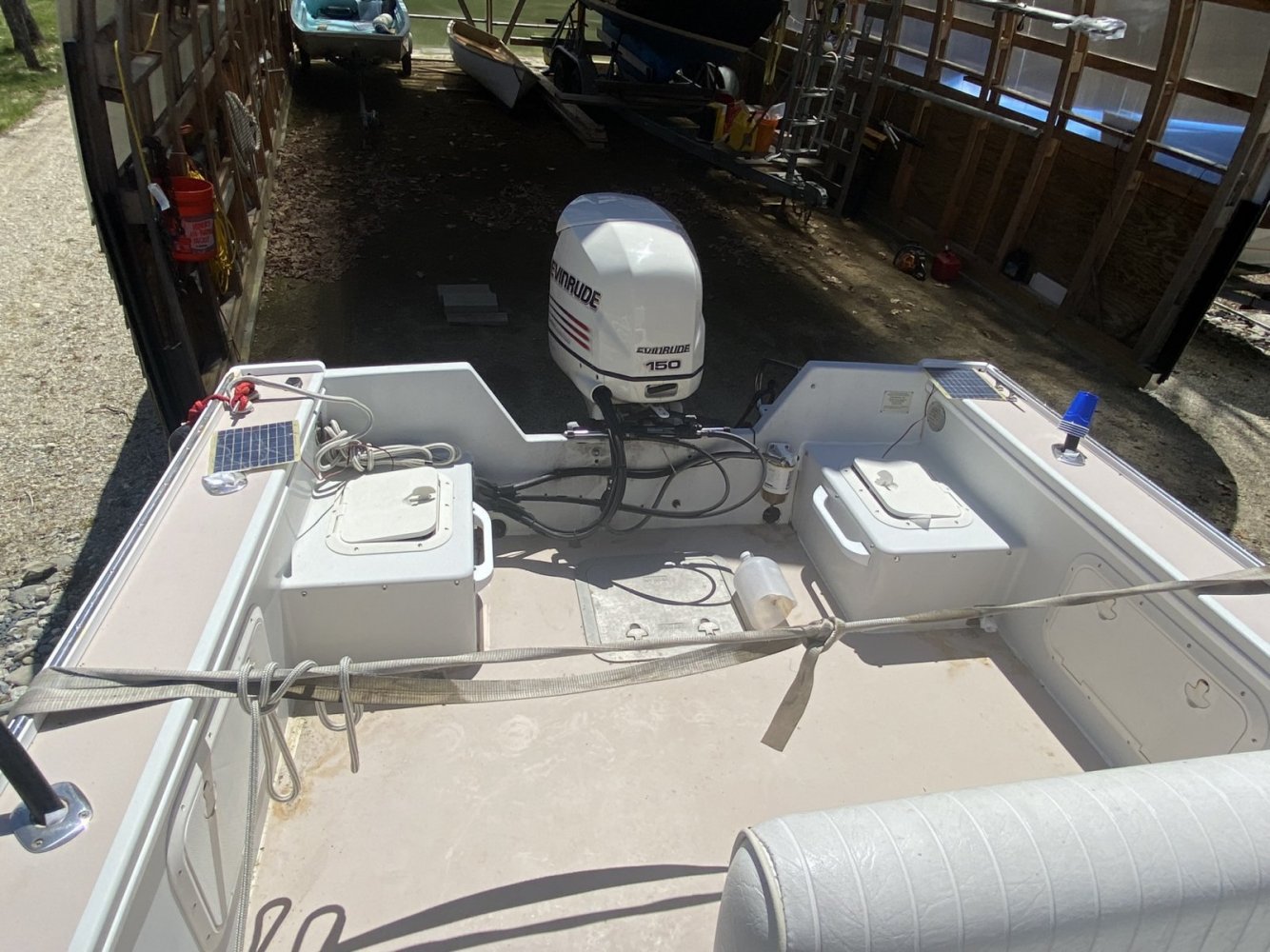 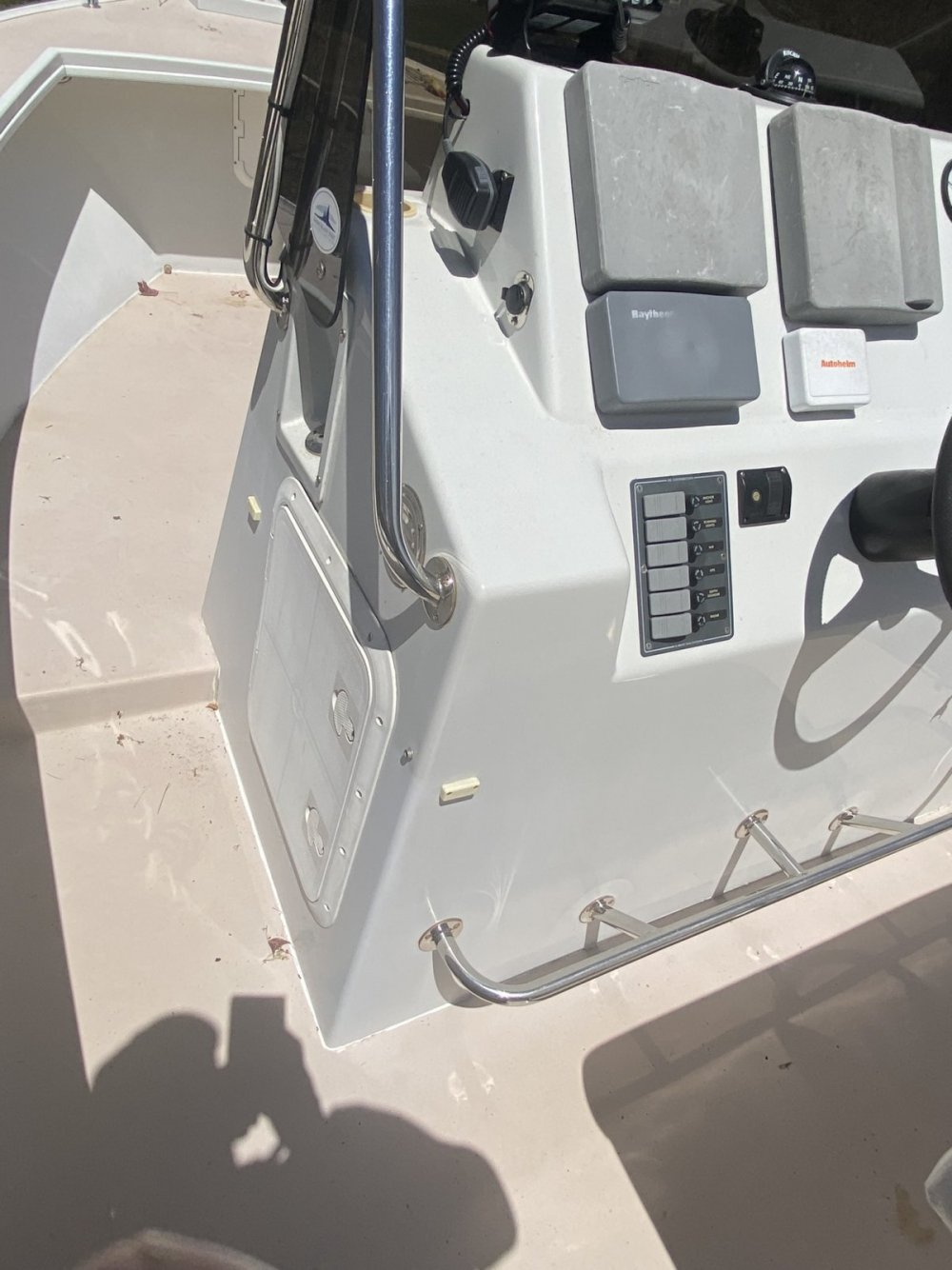 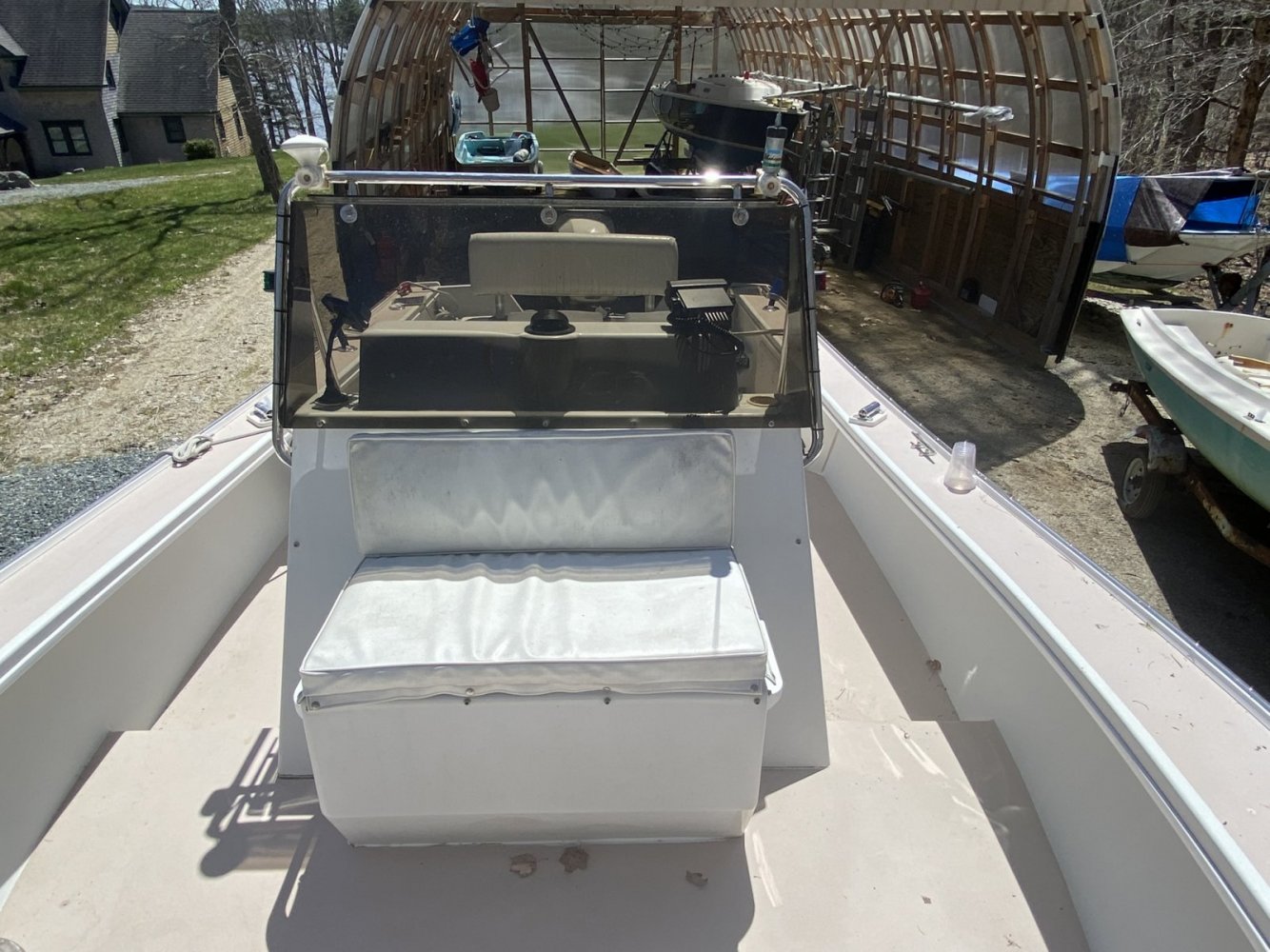 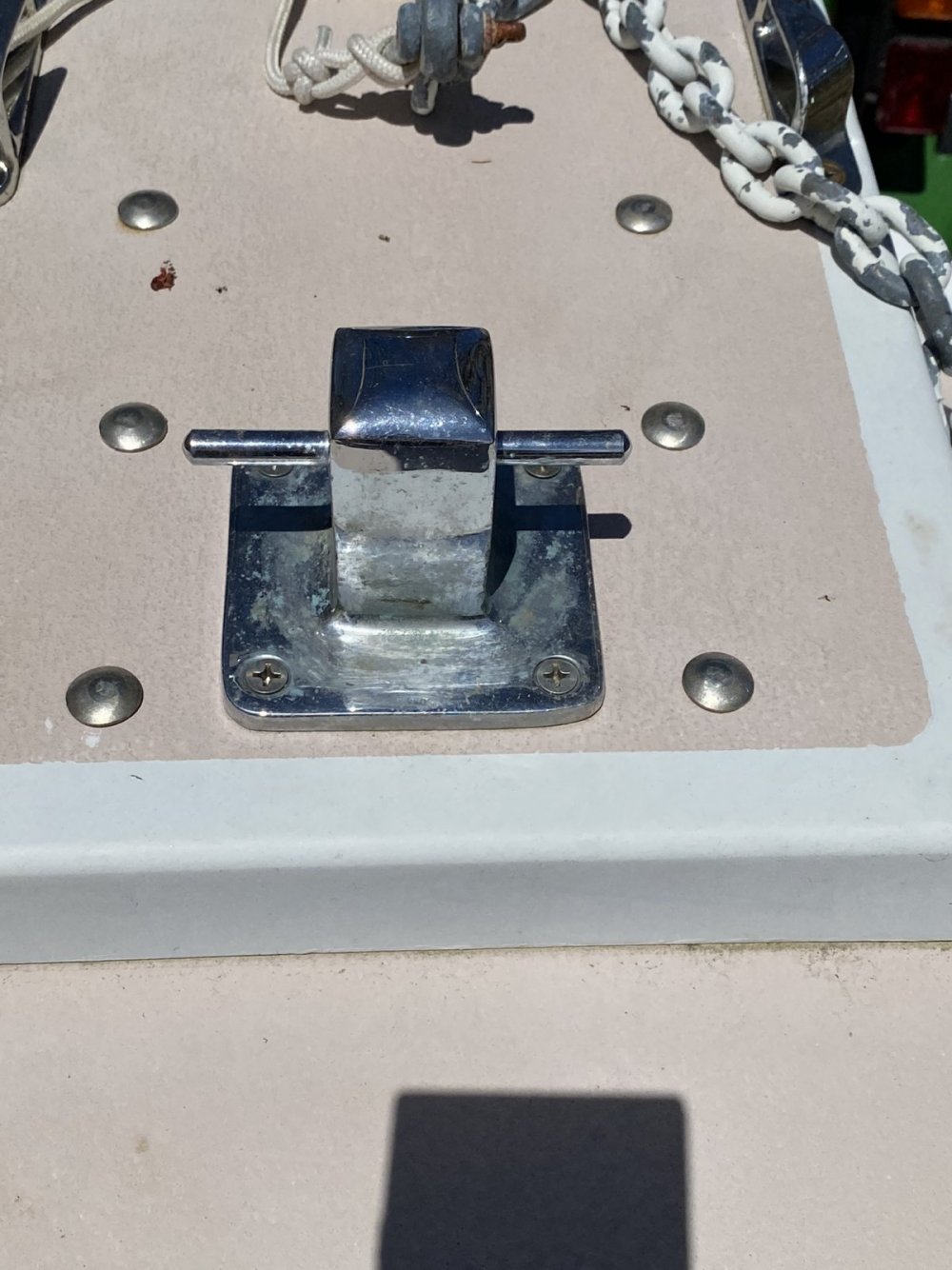 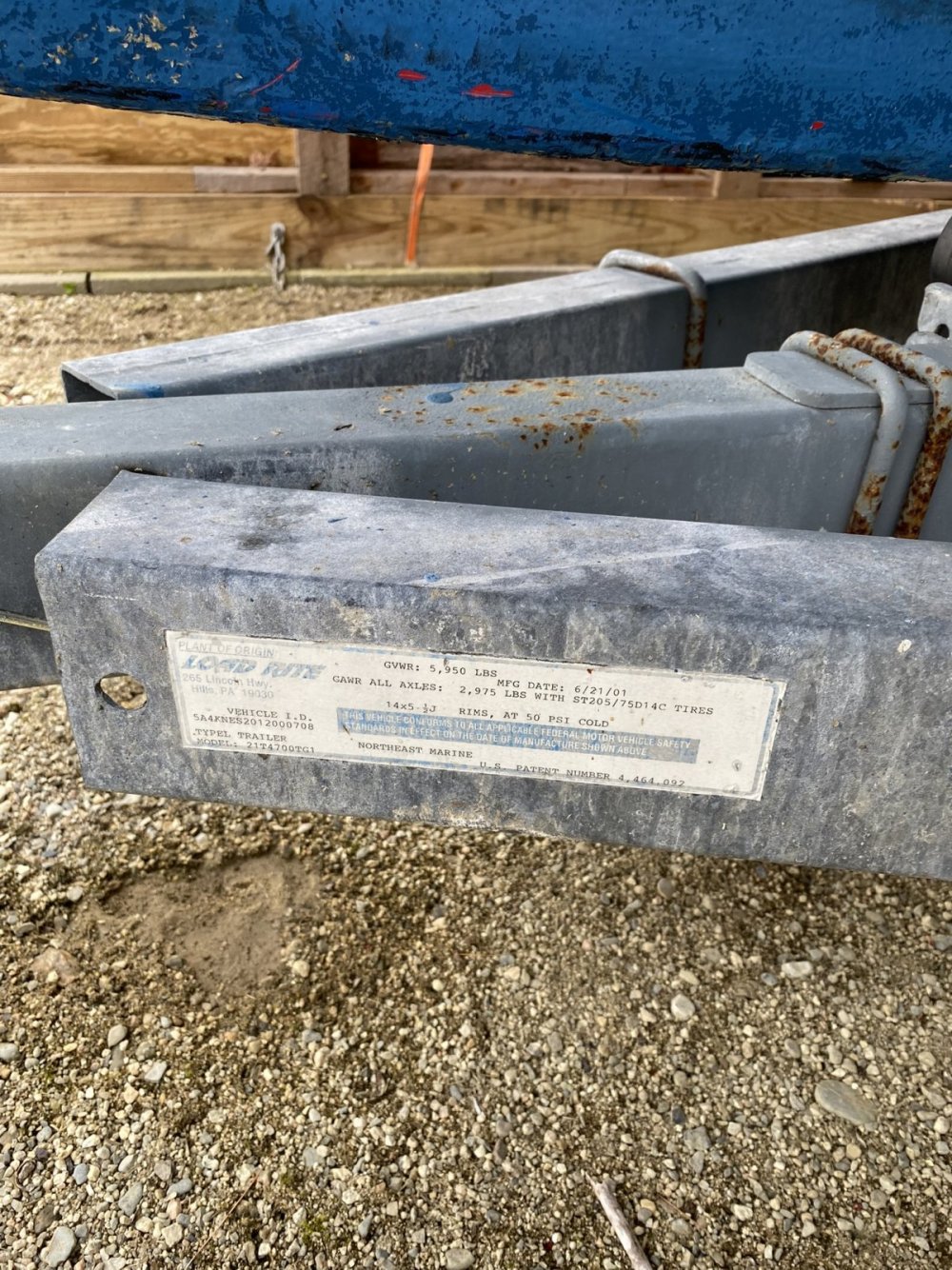 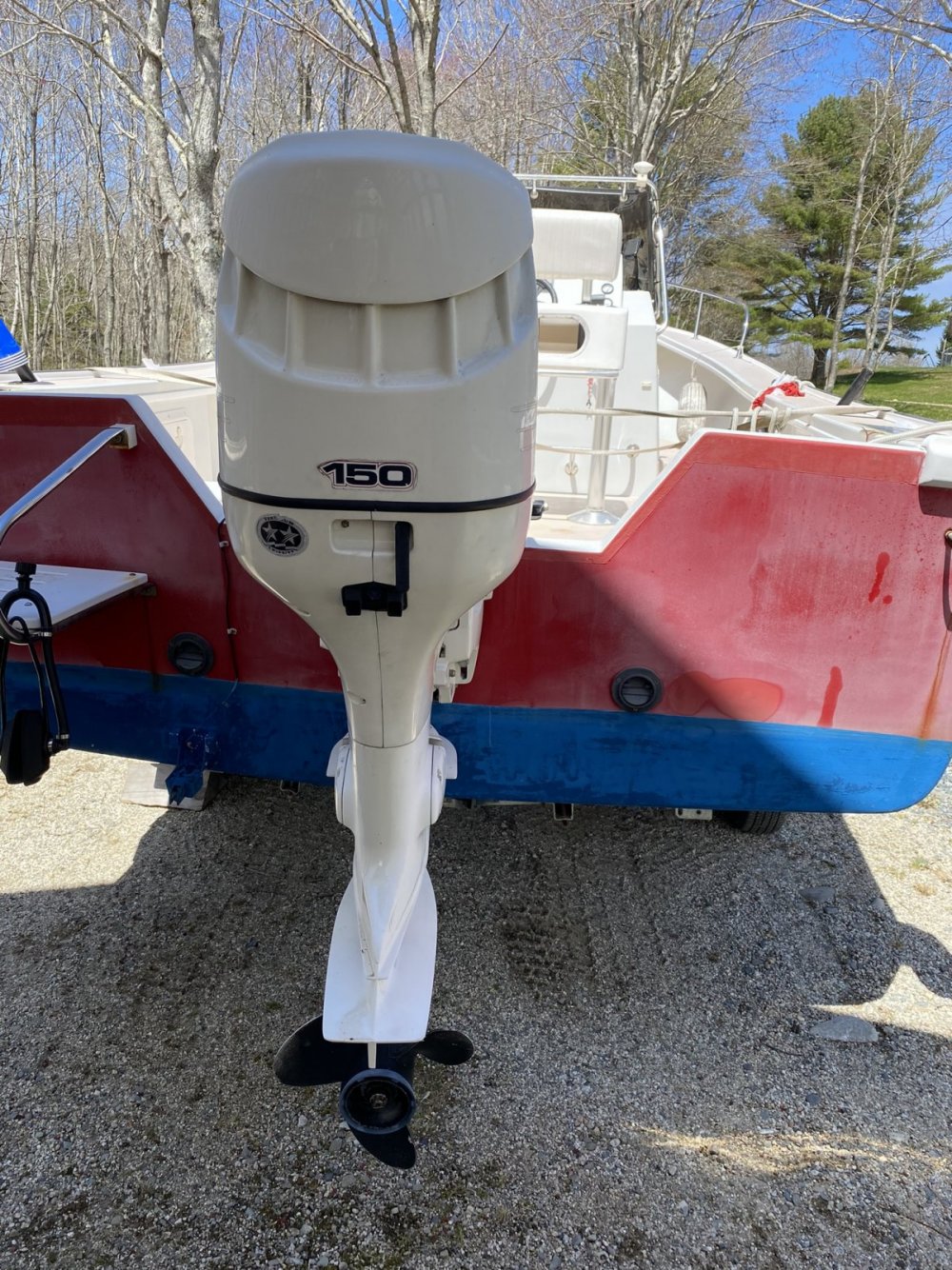 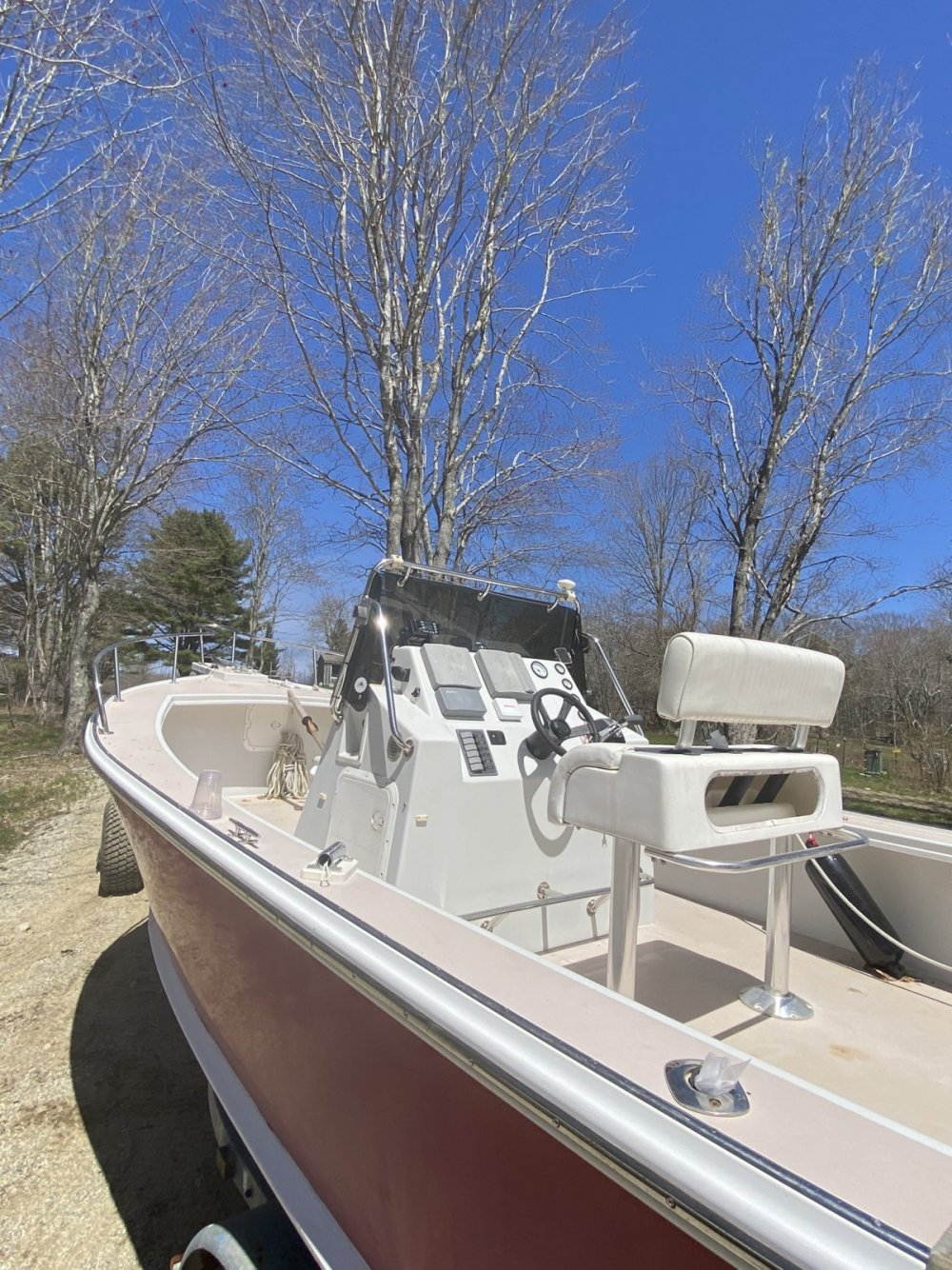 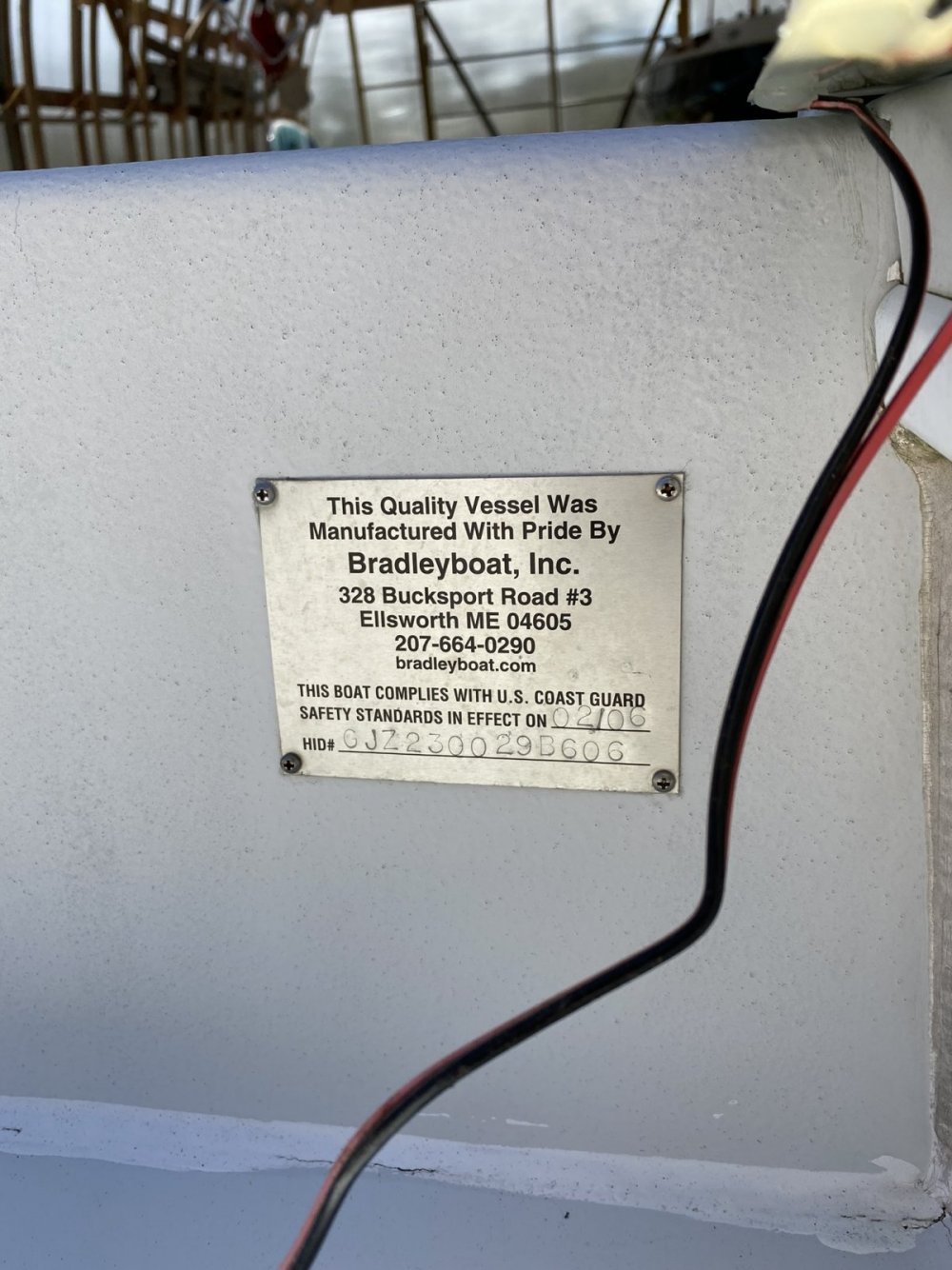 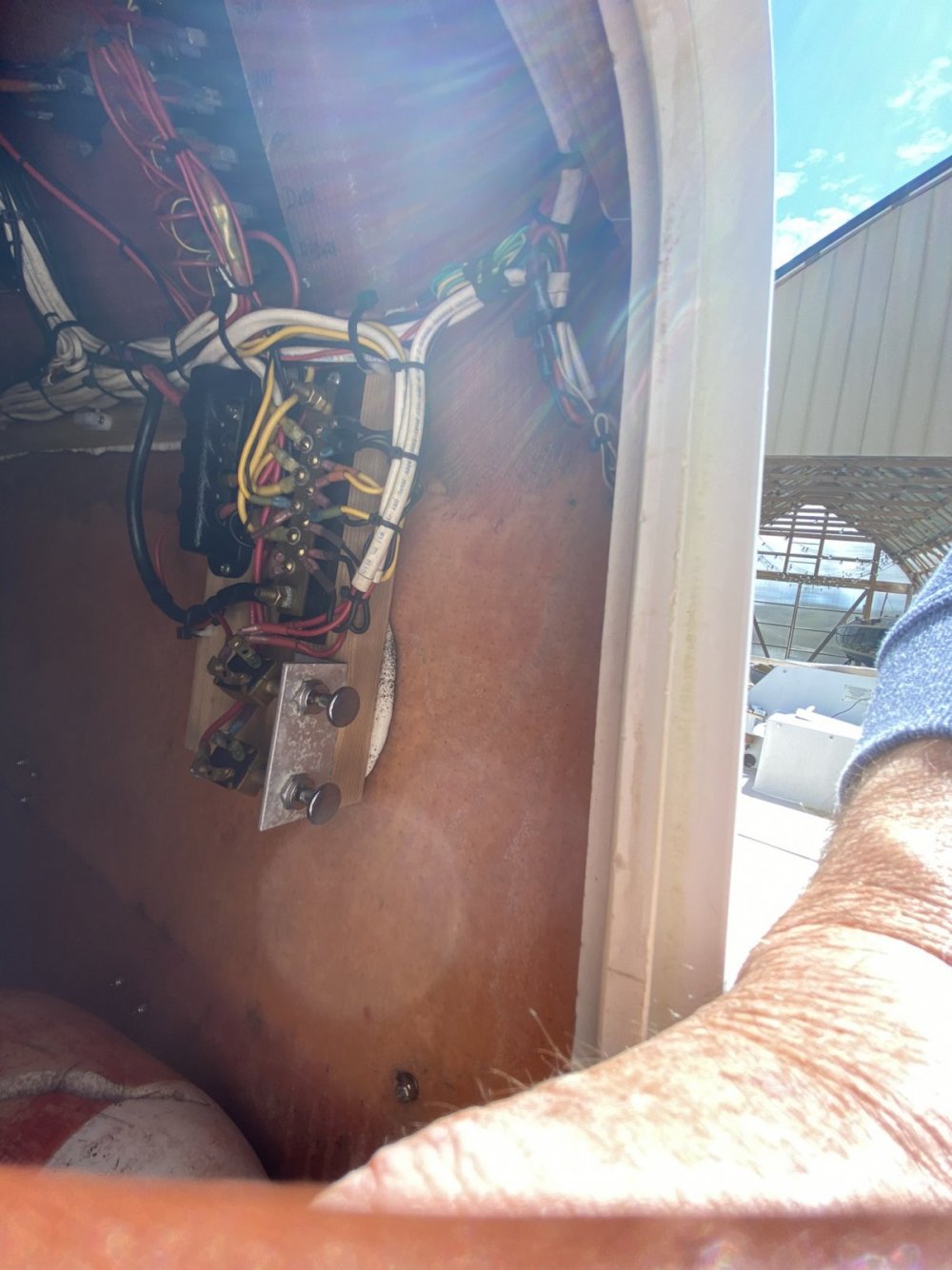 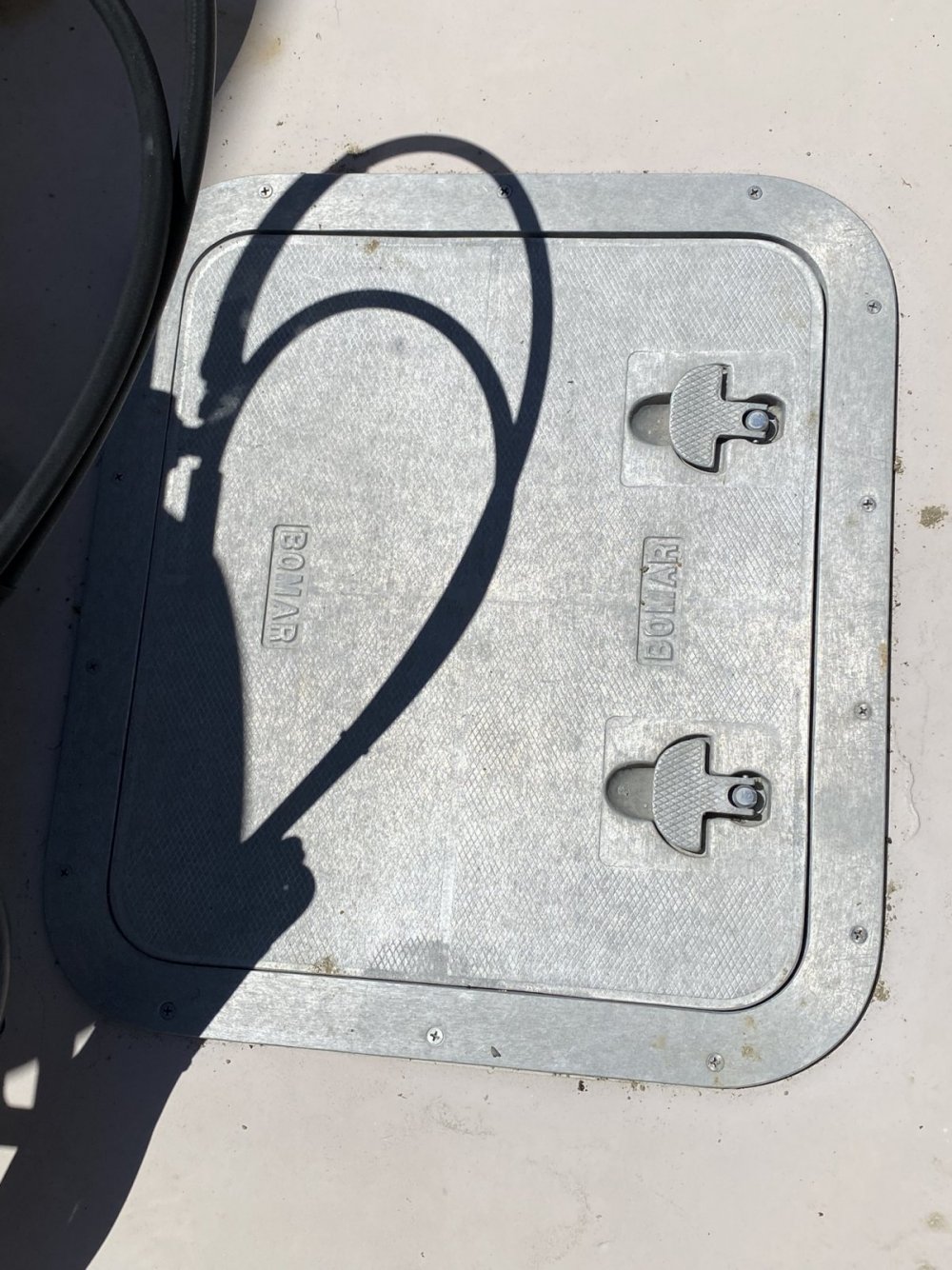 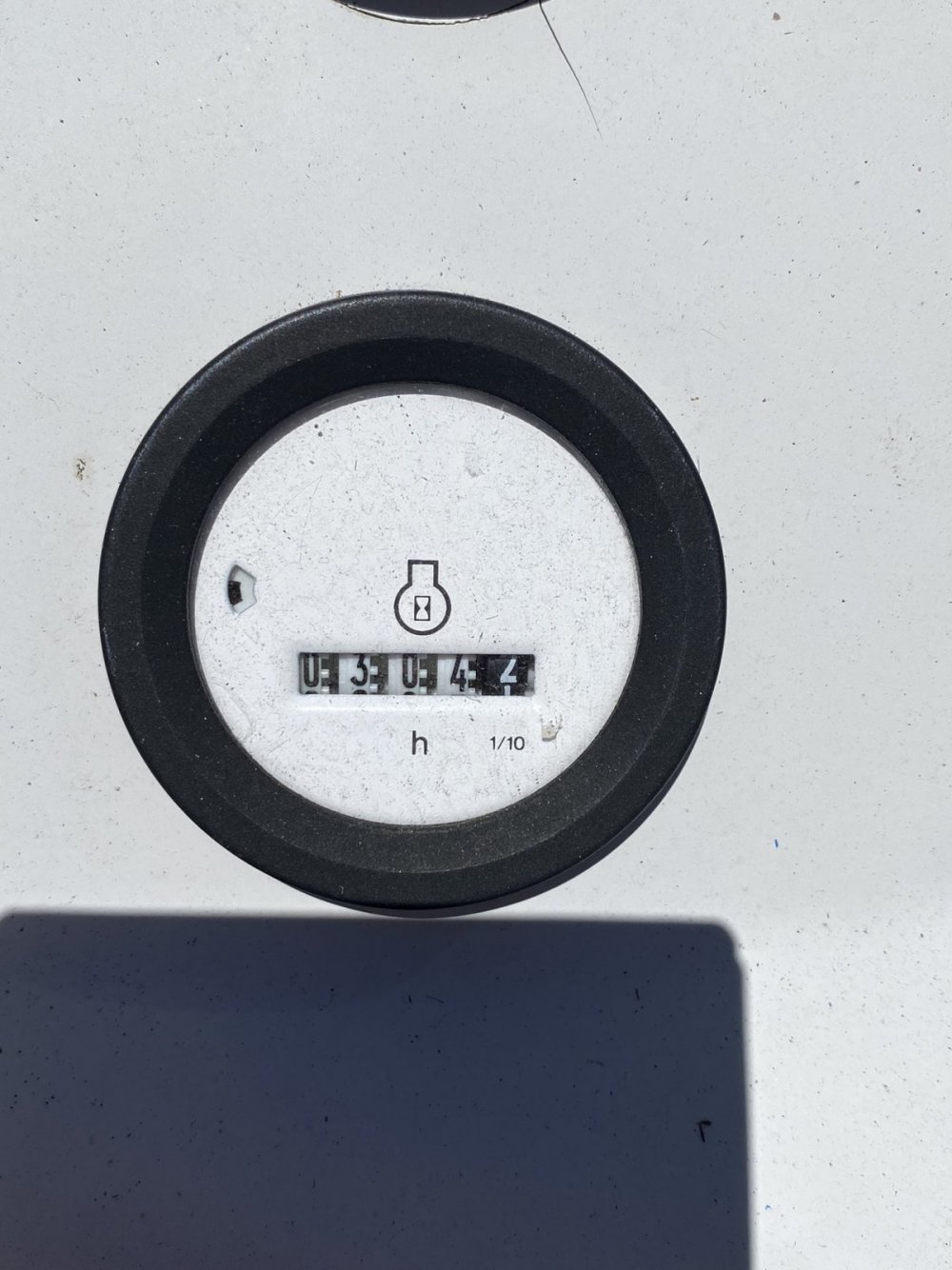 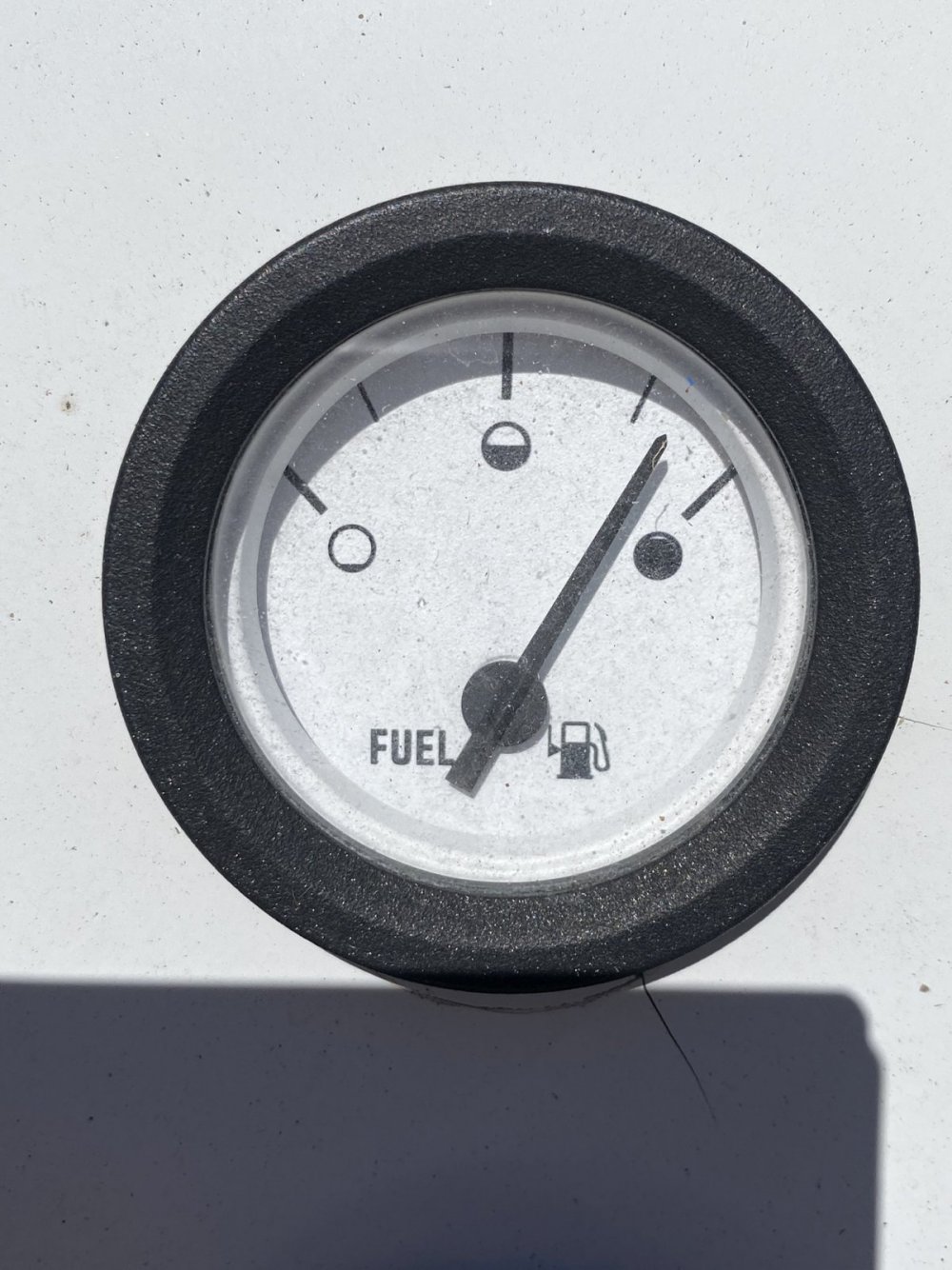 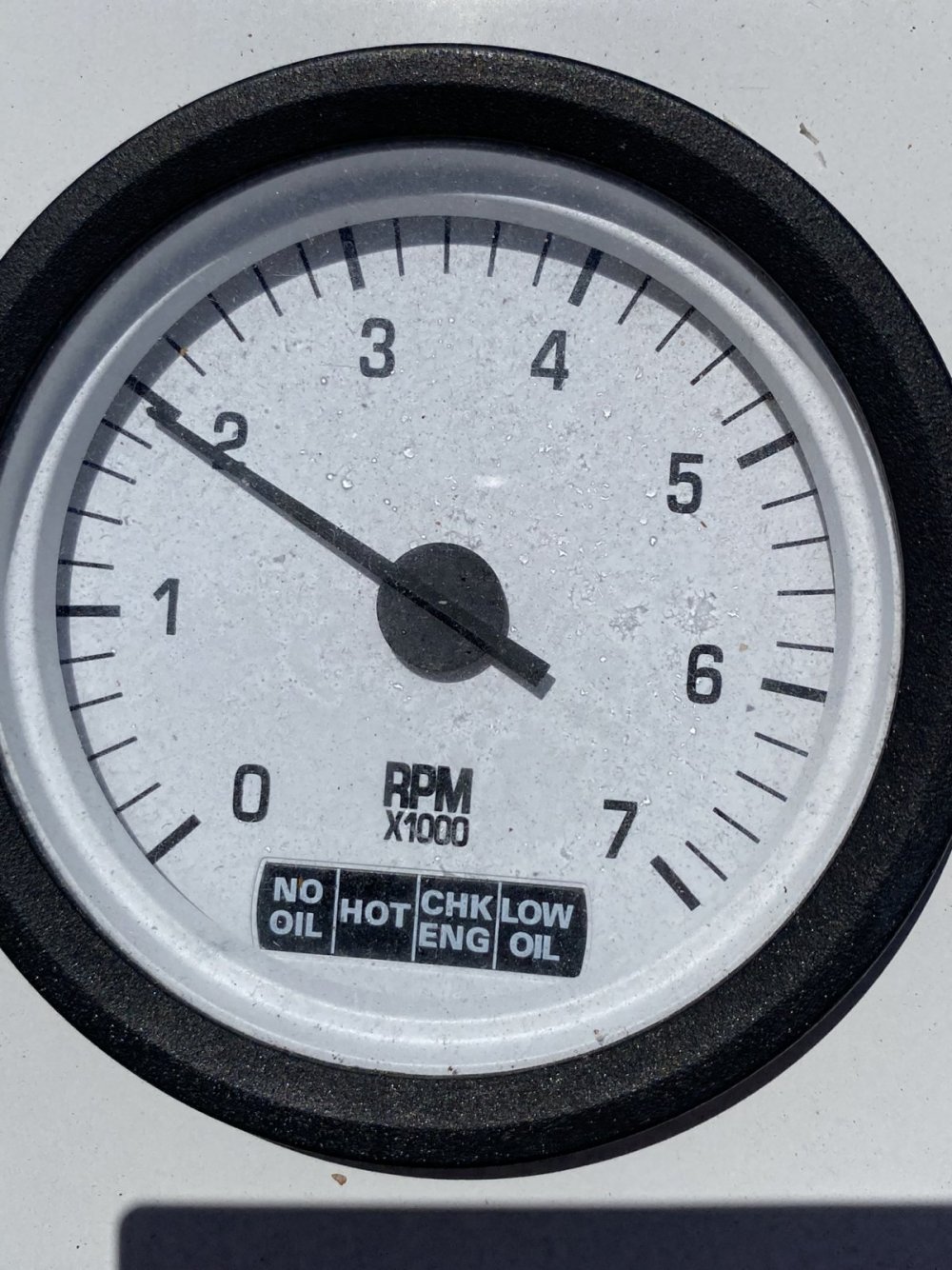 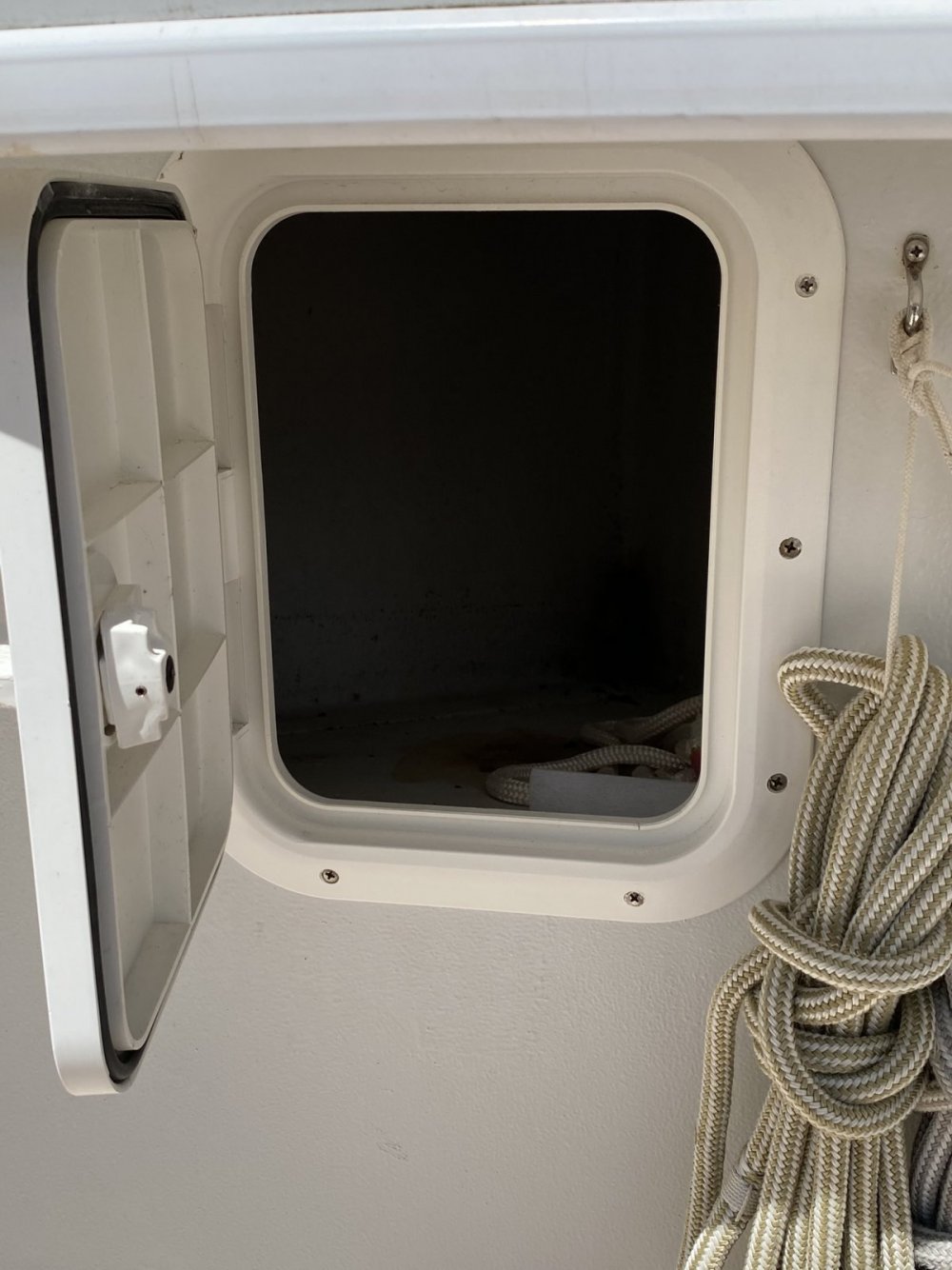 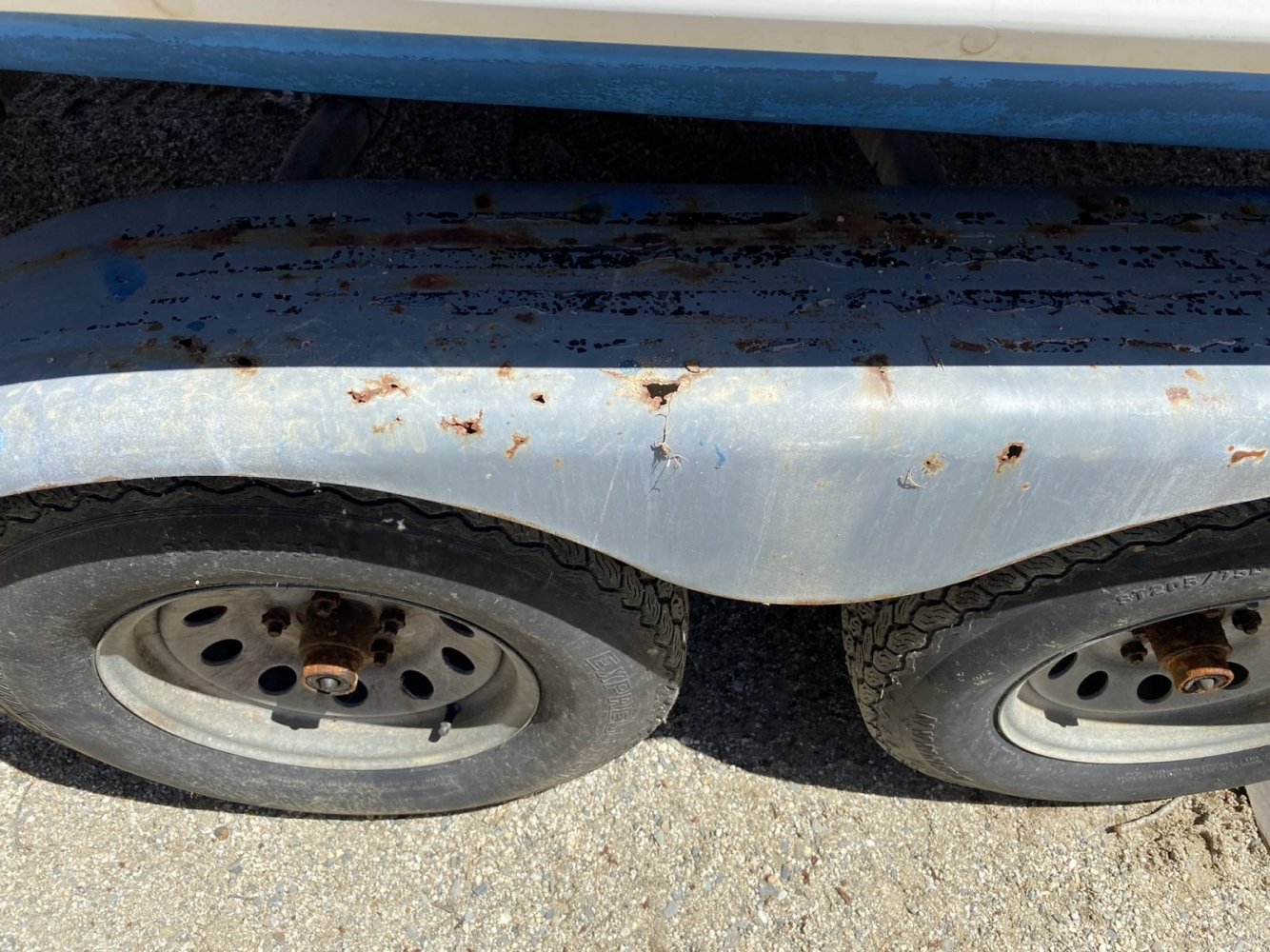 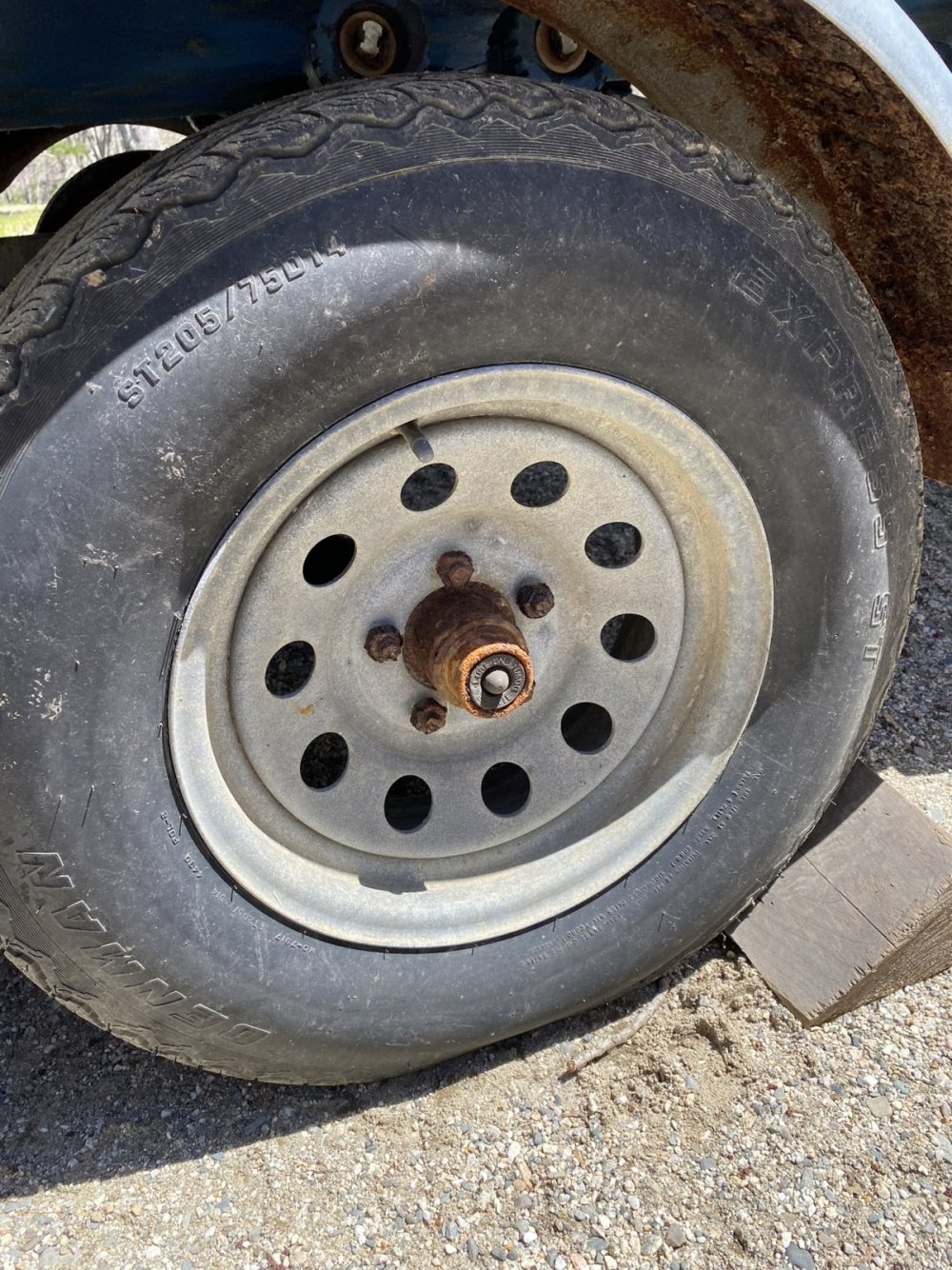 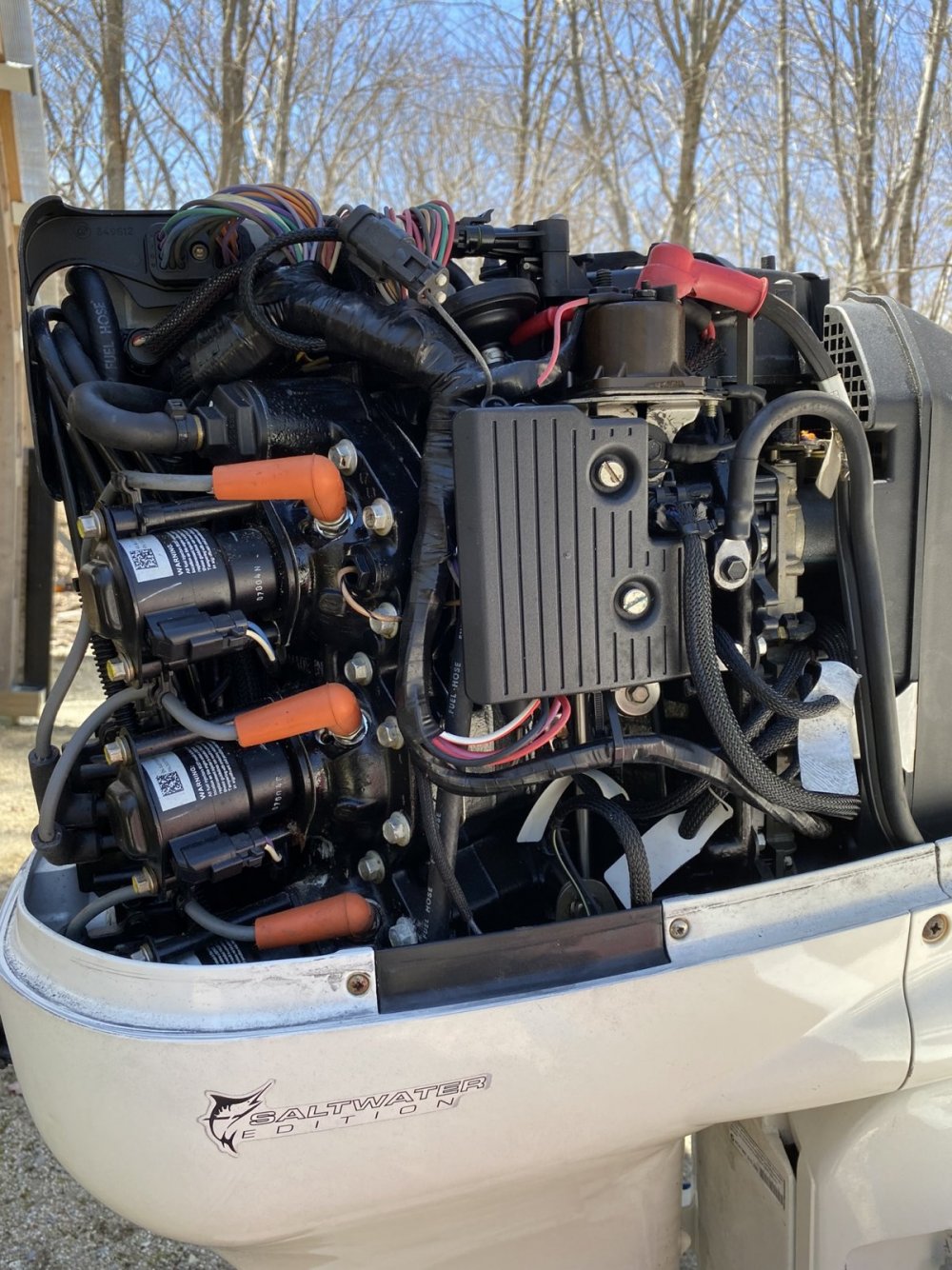 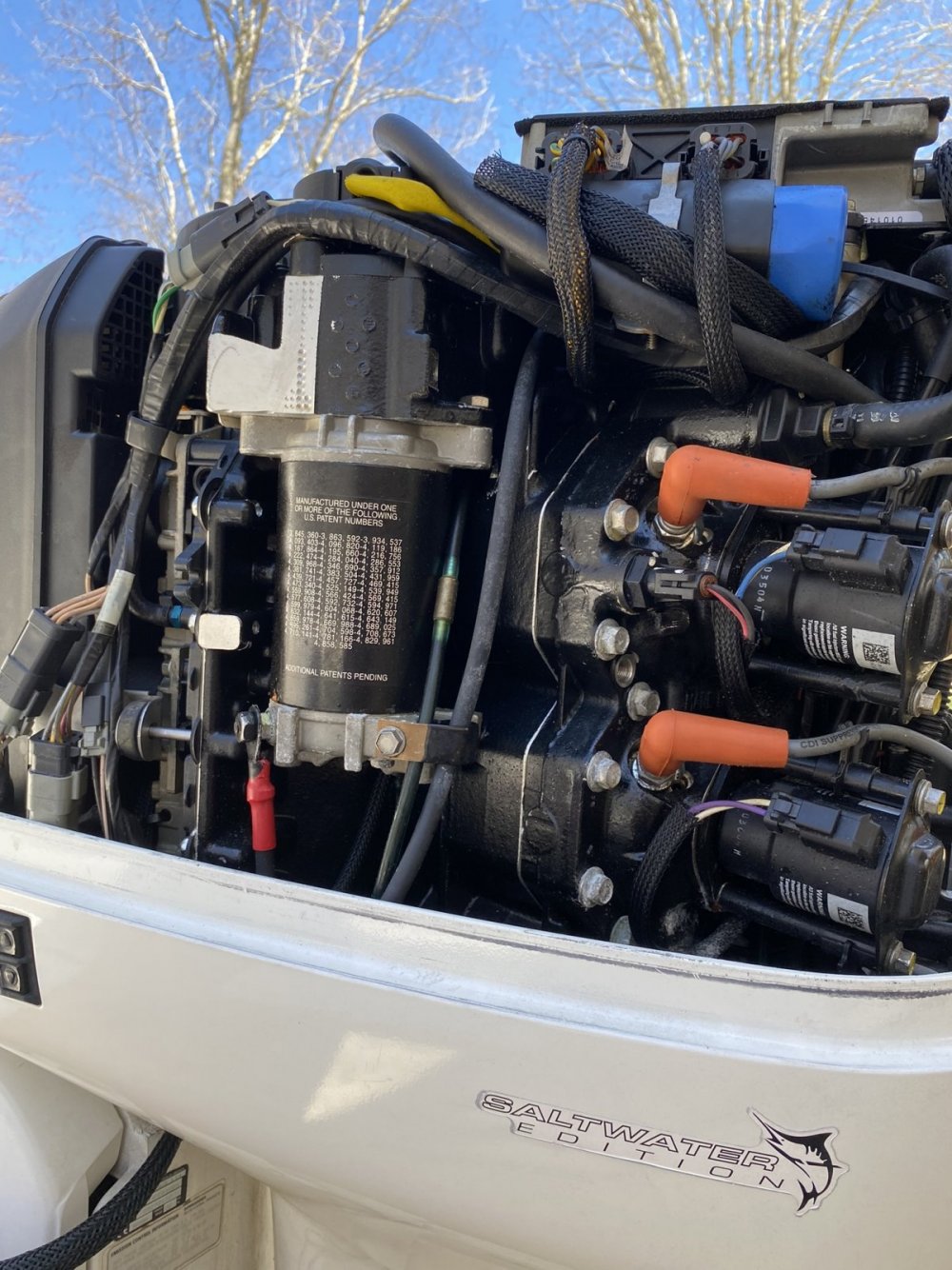 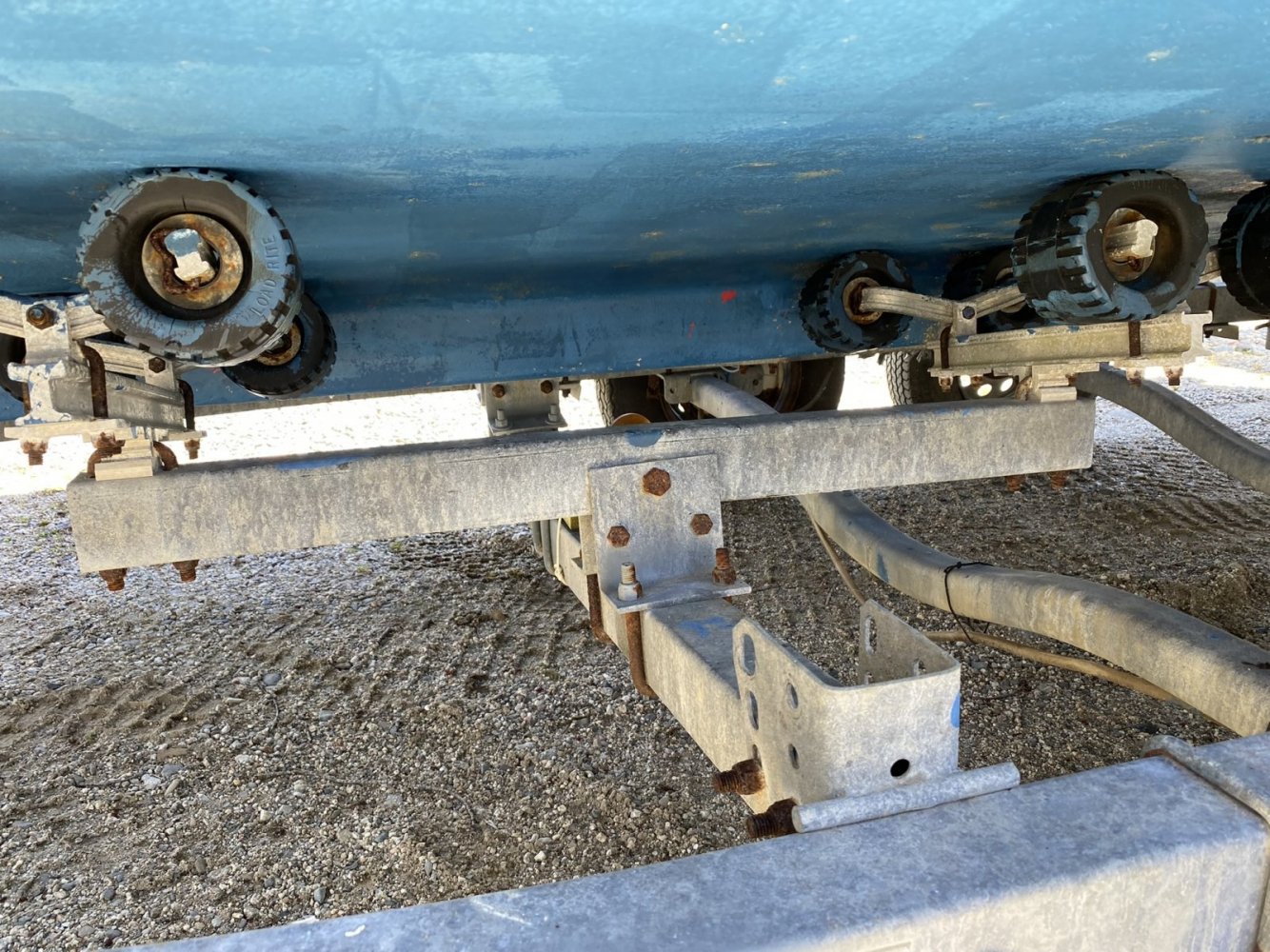 GLWS; great write up and honest to goodness deal!
S

Reposting a MBH&H article about the Beal's Island 22 by David Bradley that someone else had previously posted. Sums up my boat well and it's from a knowledgeable 3rd party!

UPDATE: Boat is under agreement subject to final payment as of 7/2/2022. Happy to report the boat will be staying "home" in Maine, but moving "south" to the vicinity of Bath.
I