SOLD June 17th to Captain Joe who will keep the tradition of this boat alive, I have no doubt!!!!! We are selling our BHM 28. This boat was custom built during the summer of 2001 in Arundel Maine. We had in mind Tuna Fishing and some sea camping as our plan came together. She has a tuna door and 7 swivel rod holders. Outriggers mounted to the wheelhouse top, and a six rod rocket launcher. There are additional rod holders in the wheelhouse as well as down below in the trunk cabin. In the cabin there is a 6’6” V birth, a countertop with sink and a fridge under. There is shelving above the V birth. There is also a large enclosed head with a manual Jabsco marine toilet. There is a 10 gallon holding tank and a 20 gallon fresh water tank that serves the sink and an outside freshwater wash down hose. She has 30 amp shore power, and a built in battery charger. The wheelhouse is open to starboard, but can be completely closed in by wrap around canvas. Salt water wash down in the cockpit with the freshwater. Electronics are Raynav RL70CRC (chartplotter/radar combo), Sitex sounder, and standard horizon VHF. Electronics are dated, but all functional. She has a bow rail, and a swim platform. She is powered by a Yanmar 315 with 1700 hours Gear is a ZF Hurth hydraulic with 2:5:1 reduction with trolling valve. She has two 60 gallon plastic fuel tanks. The engine box is raised, and with a cooler placed at the aft end, it doubles for a third bed. The boat was surveyed in November of 2013. At that time, it’s value was appraised at appraised at $90,000 with estimated new replacement at $125,000. In June of 2018 a second survey was done by a different surveyor. This time the appraised value was $82,000, a new replacement value at $179,500. In the fall of 2001 our boat was sea trialed by Powerboat Reports. The write up appeared in Their December 2001 publication, Volume 14-Number 12. Asking $75,900 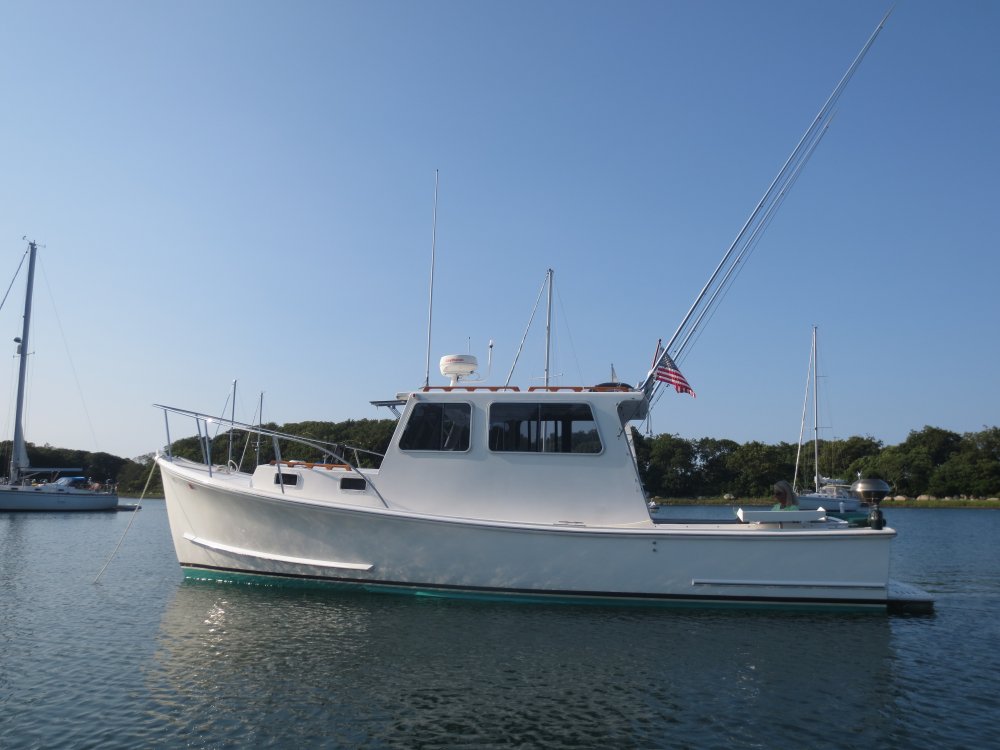 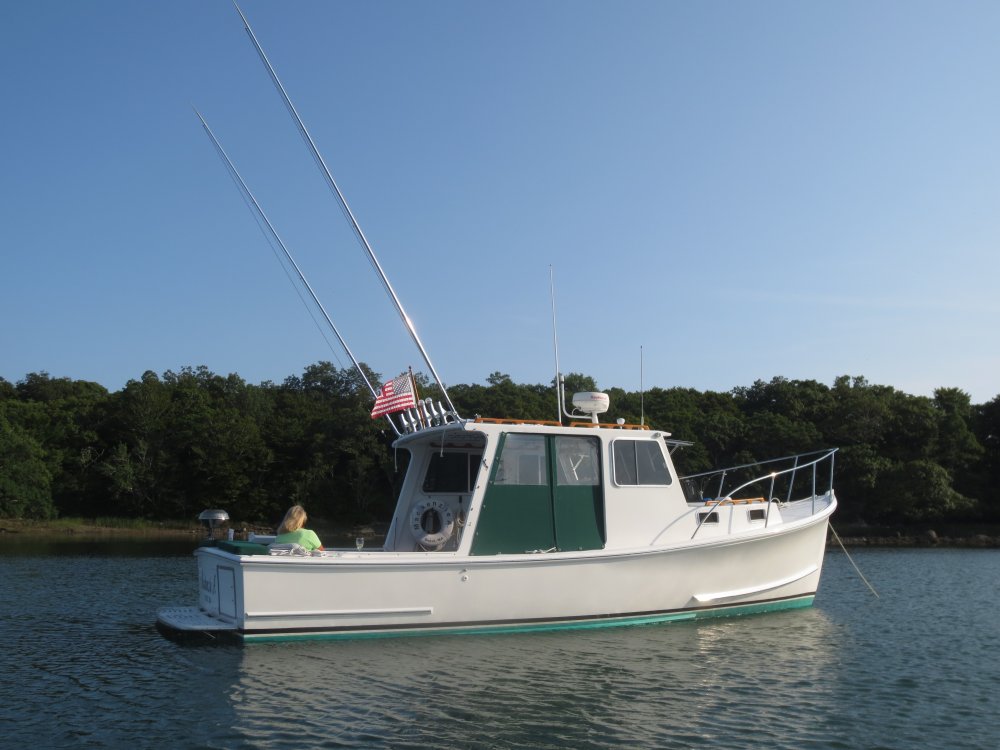 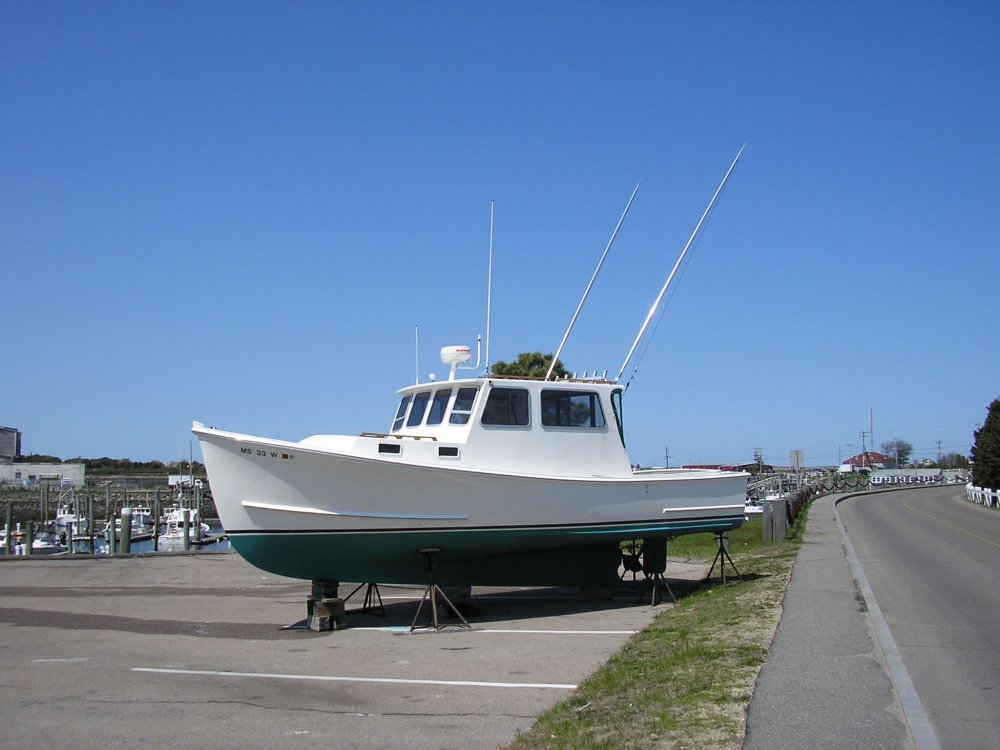 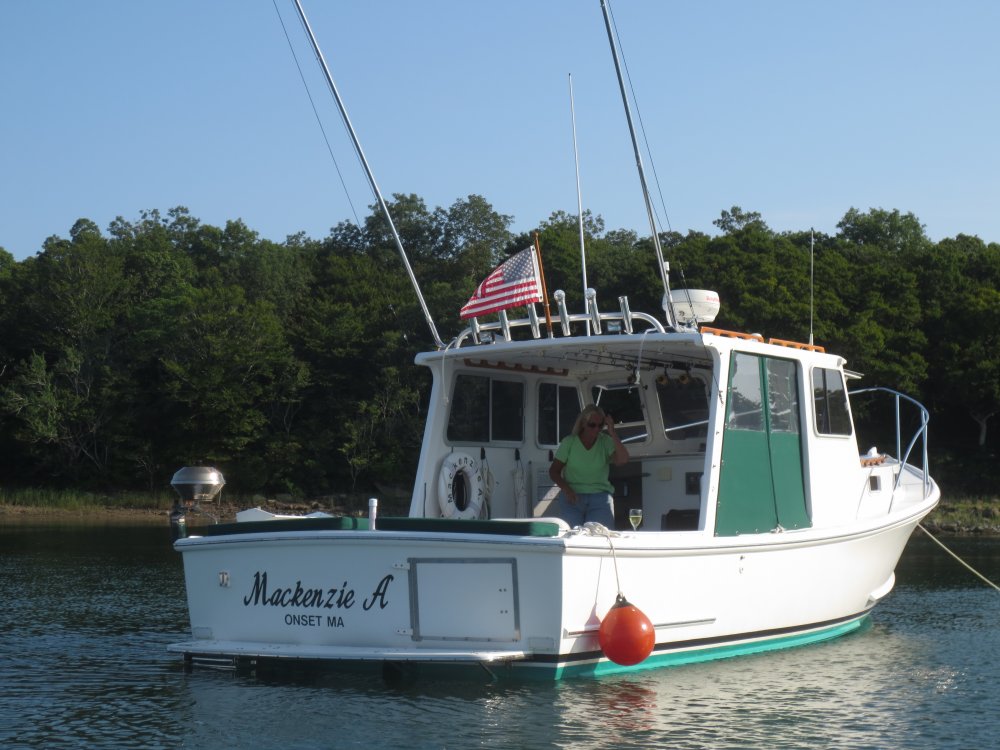 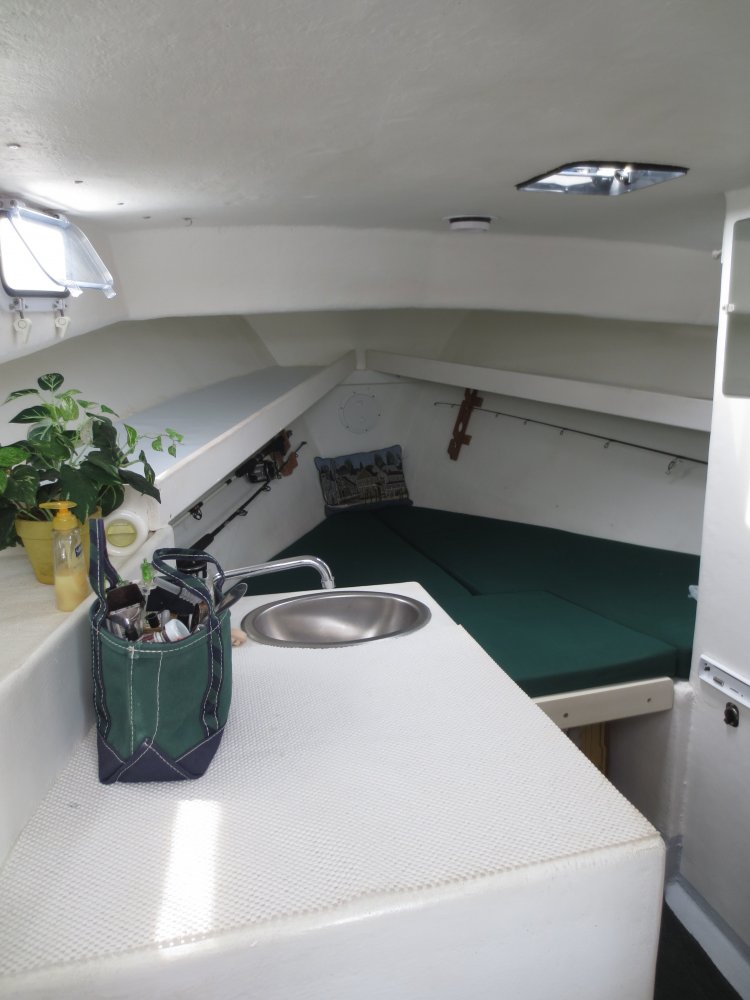 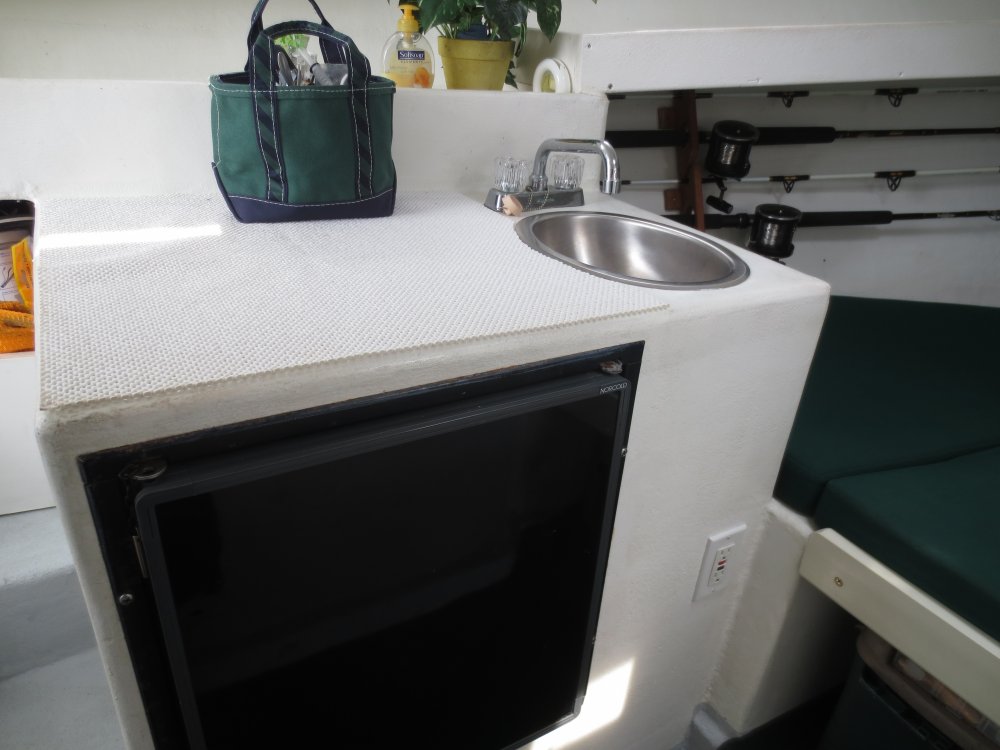 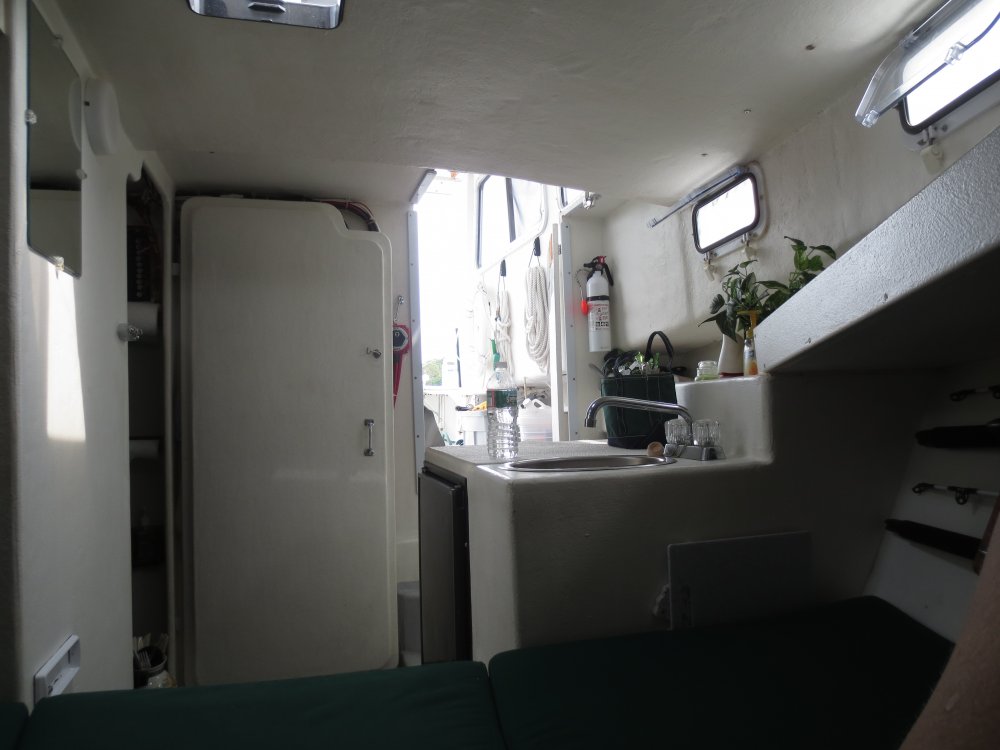 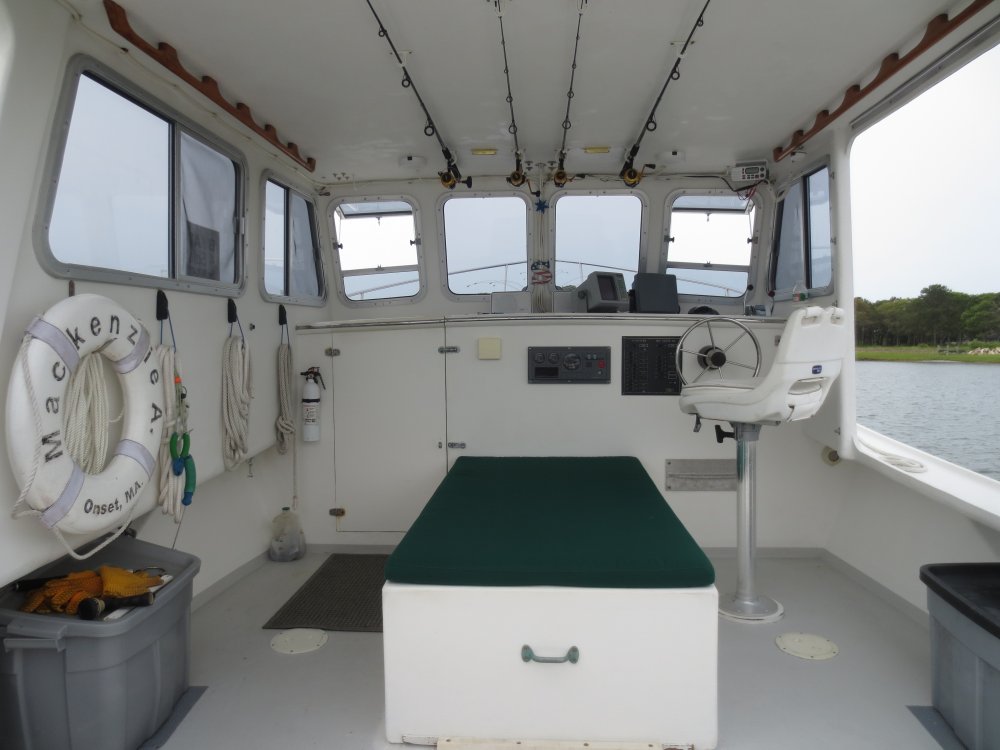 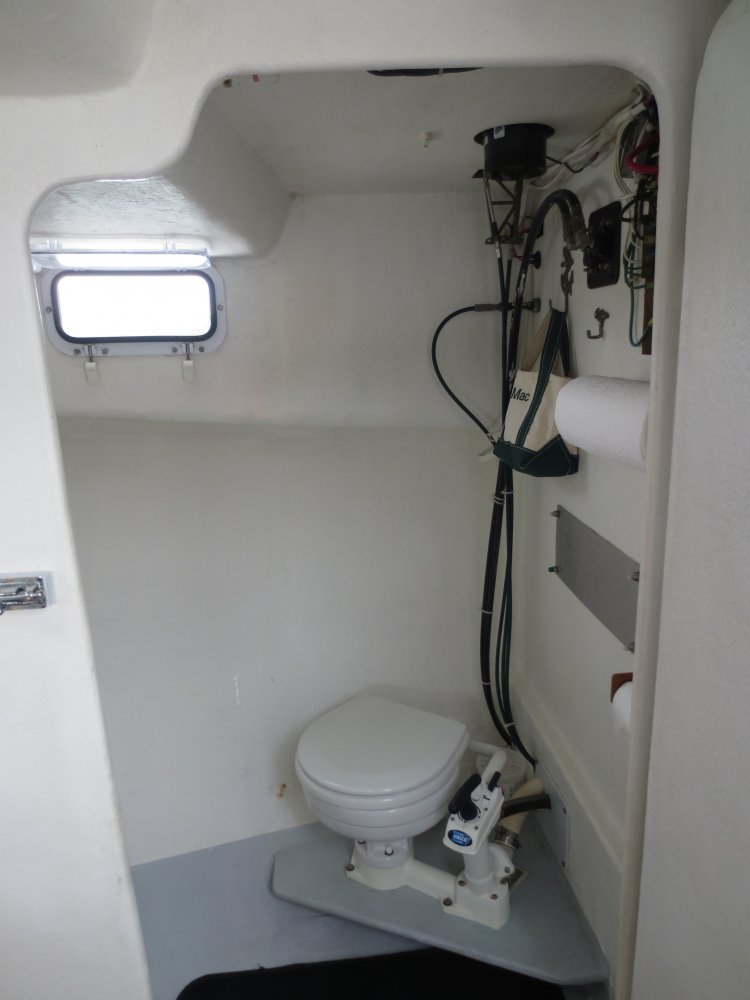 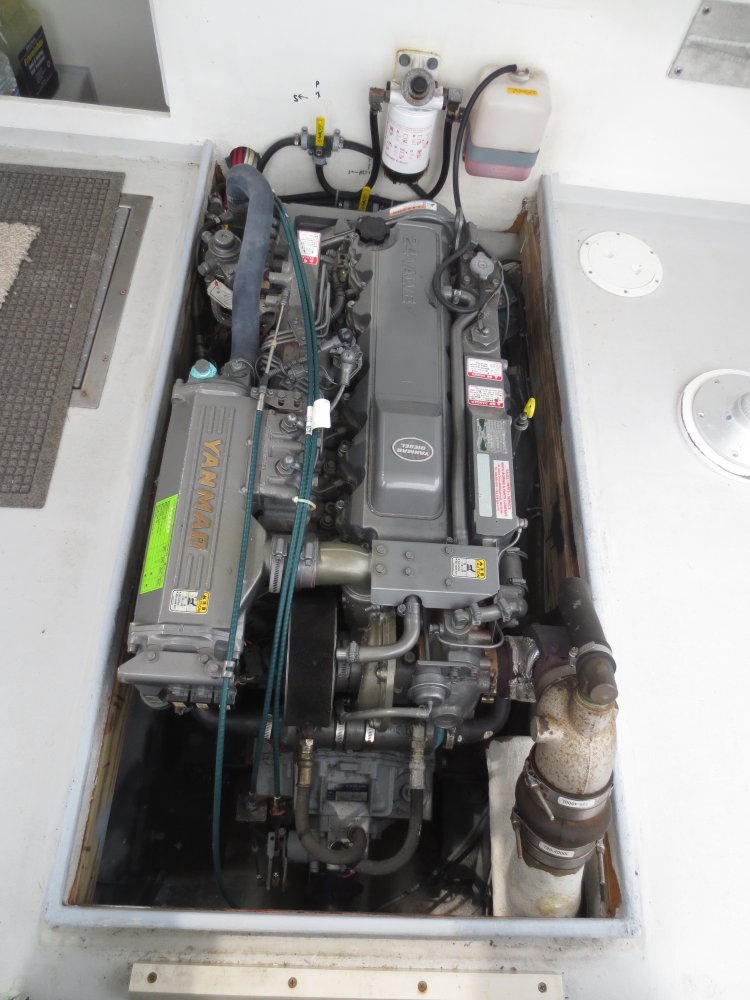 I used to date a girl who looked like her!
C

Wear is she located
M

Right you are home waters.
M

What does she cruise at and how many kt. w/o, nice boat.
F

Mike d said:
What does she cruise at and how many kt. w/o, nice boat.
Click to expand...

Would like more. Information about this vessel. You can text me your phone number, please texted me at 1516-707-3878

Mike d said:
What does she cruise at and how many kt. w/o, nice boat.
Click to expand...

Mike,
I'd like to clear that up. I don't actually know what she does an hour at 3200 rpm. My response was based upon my most recent trip to Provincetown. I left Onset and motored through the canal against the current at the required speed limit, once through the canal, I cranked her up to 3200 and made my transit across CCB to my mooring in Ptown. The next day, we trolled along the beach between Long Point and Wood end before returning to the mooring. The fuel burn for that was 15 gallons. The return trip was 13 gallons with a favorable current in the canal. So my average fuel burn was 5 gph according to my calculations. Sorry if you were misled, it was not my intention.
Last edited: Sep 9, 2018

You should have married her. lol
M