Just saw this awesome shot. Love to see some more 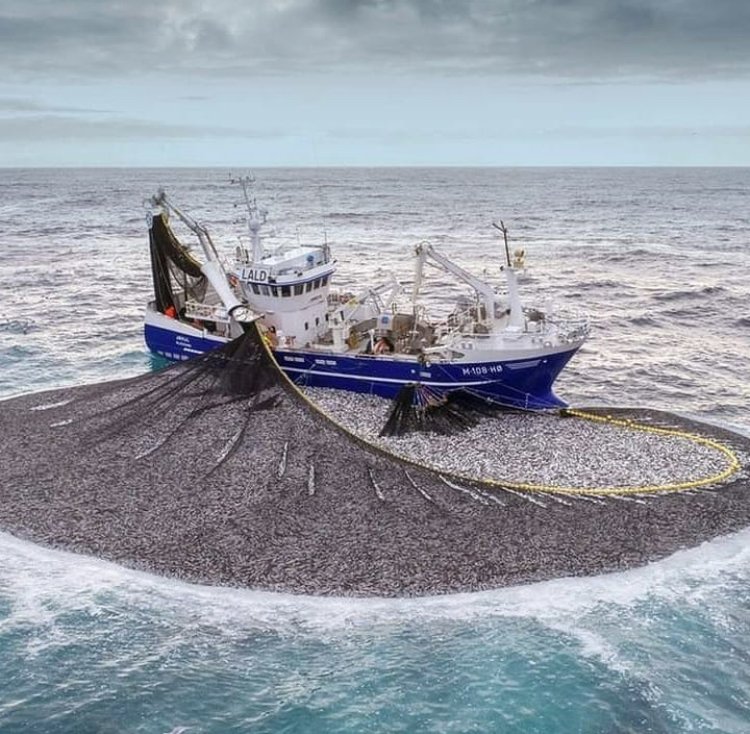 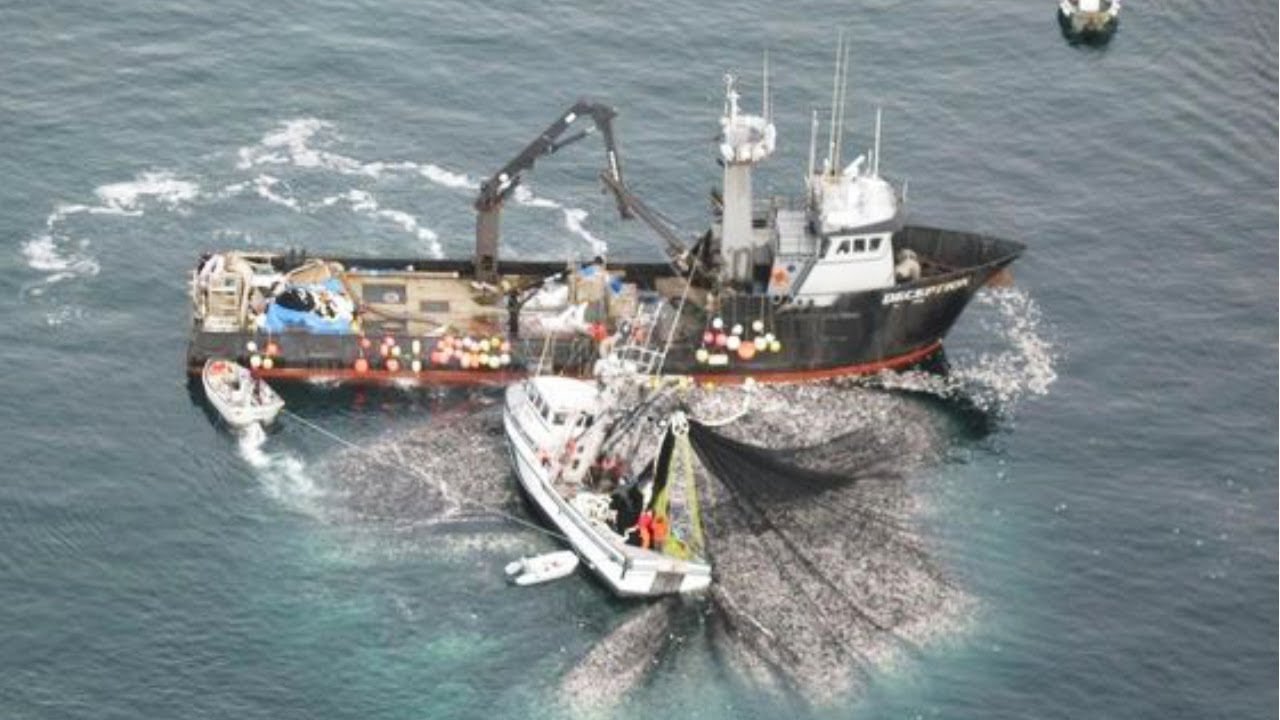 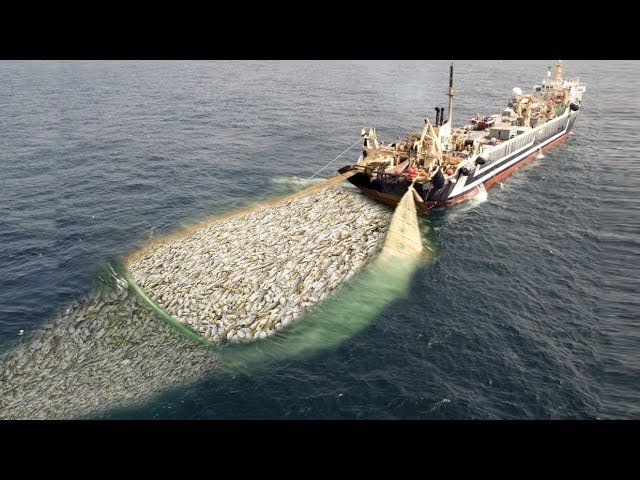 Your gonna need a bigger boat

That last one is photo shopped

Been around a little, never seen a rig like that

That may well be for several reasons. Like the entire net is full. Not just the cod end. That would have nearly impossible to not only drag but impossible to unload without tearing up the net.. etc. but those rigs do exist. That's an Otter trawl hauling back to a double drum set up. Lots of foreign ships use those. In that pic. they have just removed the doors and are about to start the wings on the drums. They haul the foot rope up to then just on the transom before they haul the wings and head rope on etc.

This from FV Ruth & Pat. Local Harpswell Bichrest boys. Lots of fish and everyone was making money. Although that may look like it would deplete the species to extinction it did not. This form of fishing has gone on for 100 years. However now with advanced technology and large Corporations getting involved in fishing things have changed. Yes we can and will deplete the species. This one and many others.

Sorry for the rant.

The fish in the net look huge as compared to the size of the boat.

Ol Gilnetter said:
The fish in the net look huge as compared to the size of the boat.
Click to expand...

Yes they could all be 6 to 8' long. Dang wish i knew were the were fishing. What size mesh would you guess for those puppies ?

Its not right. Cant be. As mentioned fish are too big. No way to get them aboard
O

Seems plausible, looks like the same ship in this news story. 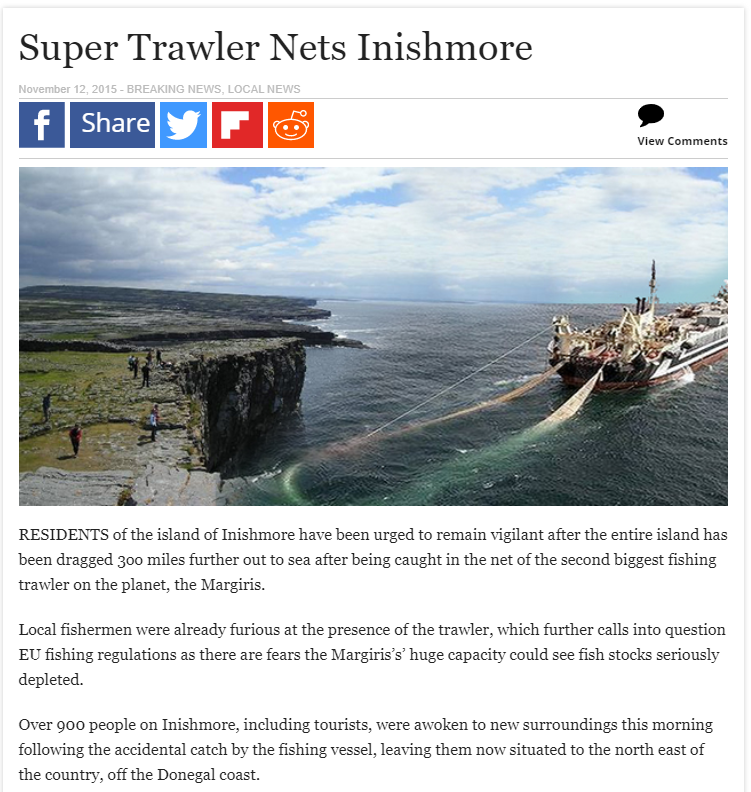 Ha! That reminds me of a girl I knew way back when. We were going camping on an island. I had only known her a couple days when a few of us kids decide to go away camping together for a long weekend. We were all like 19-25 years old. That girl looked me dead in the eye and with all honesty asked me "What stops the island from floating into the shore?". I was so stunned I didn't know what to say. A short time later she saw me packing a chain saw and said "Why are you bringing that? Where are you going to plug it in?" (this was back before electric chainsaws were even a thing). She did happen to be blond. 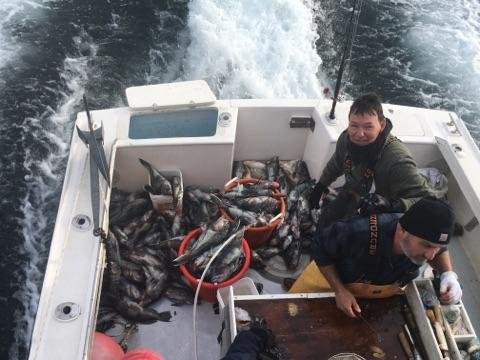 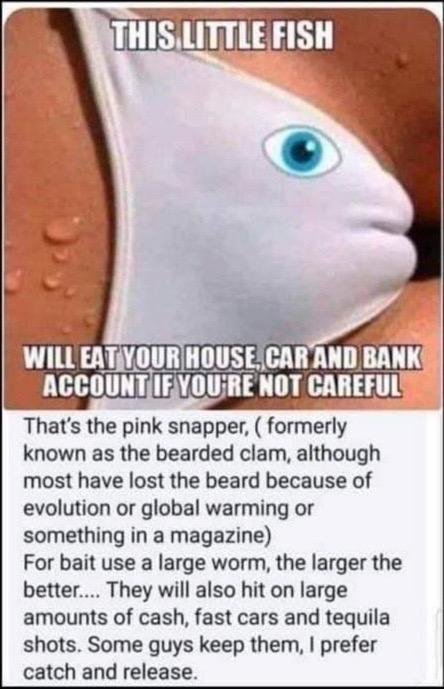 Old Mud said:
This from FV Ruth & Pat. Local Harpswell Bichrest boys. Lots of fish and everyone was making money. Although that may look like it would deplete the species to extinction it did not. This form of fishing has gone on for 100 years. However now with advanced technology and large Corporations getting involved in fishing things have changed. Yes we can and will deplete the species. This one and many others.

Sorry for the rant.

Herring have proven themselves to be very resilient over the years. They were virtually wiped out on George’s bank in the 70s not just by us but by foreign ships as well.Still the herring managed to rebuild themselves only to be crushed again on the inshore grounds with the same gear type, mid water and later pair trawlers. They are capable of fishing around the clock with weather not being a problem. And contrary to popular belief it tends the bottom quite well. They are also moving around at 7 or so knots(guessing) so they are chasing the fish down.

Seining on the other hand is a slower more fickle fishery. They are only capable of so many sets a day, fish need to be shoal enough to reach them but not too shoal or on hard bottom or they will rim rack. The fish holds are substantially smaller in these boats as well which also contributes to a slower catch rate. The herring seiners have been around for a long time and were never thought to have caused any bio mass issues. It is very effective fishery at times when everything comes together but as a gear type it is highly unlikely to be any where near as efficient as mid water or pair trawling.

If they make their set then its brailed, quality checked out, size of the catch is determined and whether or not the set is “dirty”. If any of those things are not what they are interested in having then they can drop the cork line and most of the catch will swim away. Mid water and pair trawlers do not offer that same possibility. Once something is caught in the net it all drowns and and will either be utilized or dumped.

It has been said that I am strongly opposed to the herring fishery.The fact is what I am opposed to is the gear type known as mid water or pair trawling, at least as it speaks to herring. I am sure like anything else it has its place. However we have yet to find that. I have actually been on the record saying that I would be supportive of a very substantial increase perhaps back to 60.000MT as long as it was caught with a purse seine. Since the time that I went on the record saying that the stock had the shit beat out of it for about 3 more years and here we are today. Yes you will mark some herring here and there and you may even sit on the hook where they are spawning and mark quite a few but its been a long time since driving the boat through miles and miles of herring 50 fathoms thick with the air stinking to badly of them you could puke.

The herring fishery is at best struggling now. Mid water and pair trawlers are locked out of many areas, their allowed catch as well as how many days a week they can fish have all been slashed to the bone. Basically in my opinion it was a classic case of too little action when it needed to be taken followed up by too much action when it was too late. The damage done to the fish the fishery the bait supply and not to forget the “food chain” is remarkable. And it was all unnecessary.

Herring will rebound, we are already seeing some signs of it. How the agency handles it when it is rebuilt should be very interesting.

Well it's a true as it gets rant. Yes i'm afraid to say that because of the pair trawlers and regulations. Almost every day trawler / bait up my way is out of business. Even to the point their multi species permits are nearly worthless. It really sucks when those guys can't fish for the local lobster bait. Now the biggest part of that bait is caught by those pair trawlers. Sold to a business in Canada where the process them then we get to buy our bait back. It is sold to places like Purse Line (Wholesaler) then sold to to local wharves, then sold to the lobsterman. To many hands more than doubled the bait. And now it is even more!! Try to add that to the rising fuel and everything else to do business.

I could go on forever but it wouldn't accomplish a thing just piss me off more.

Think i'll go sit in my boat and wonder WTF am i going to do now.

The old days from the racks 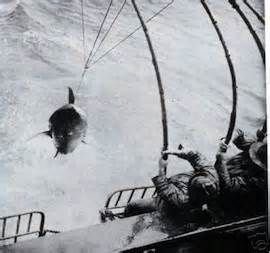 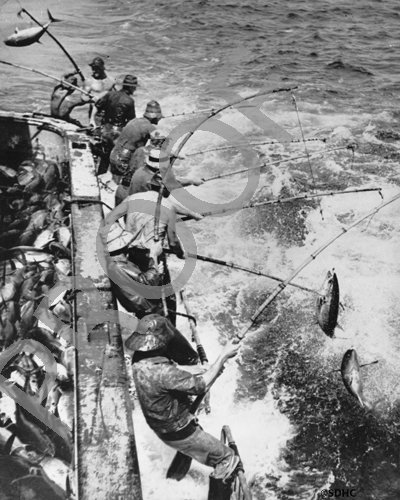 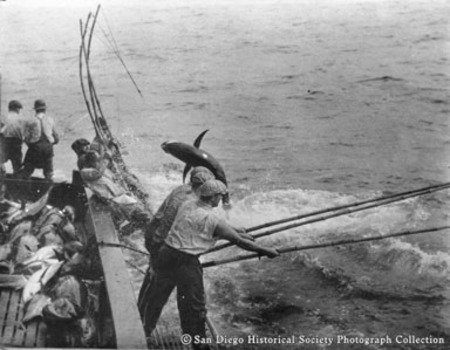