Just purchased a 32 Bhm Flypointe . The boat need TLC and is a 1989 single diesel with 2068 hours. My dilemma, the boat came with a Portland Pudgy and transom/stern Davits. I don't like the way the dinghy looks hanging fom back of boat. Advice needed,Sell dinghy.? Buy crane? Mount on top of boat?
What do you guys say? Do you like dinghys? I am on the Arkansas river at Little Rock,Ar
Thanks 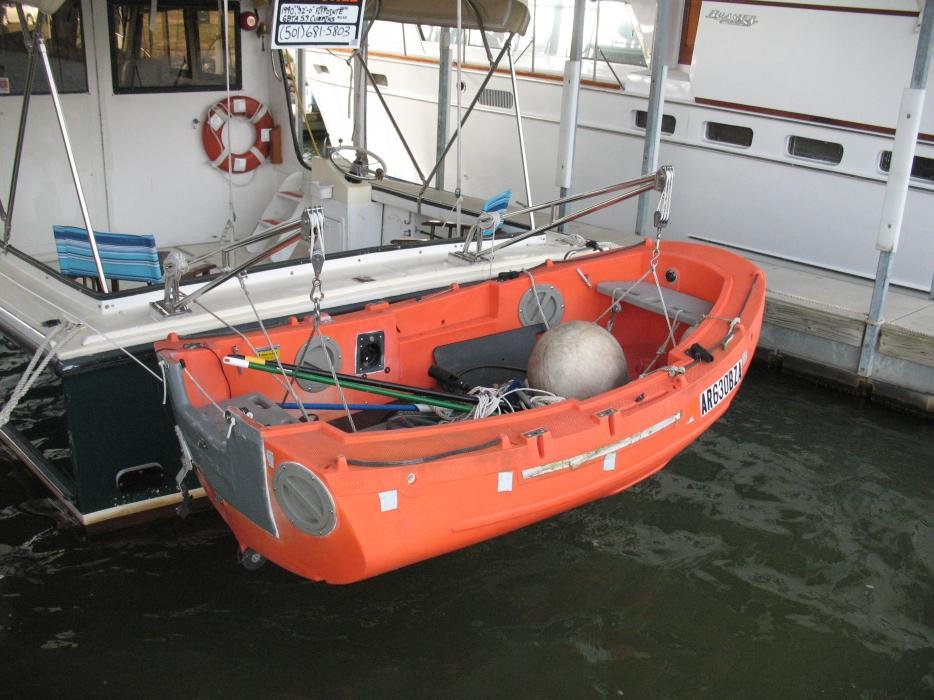 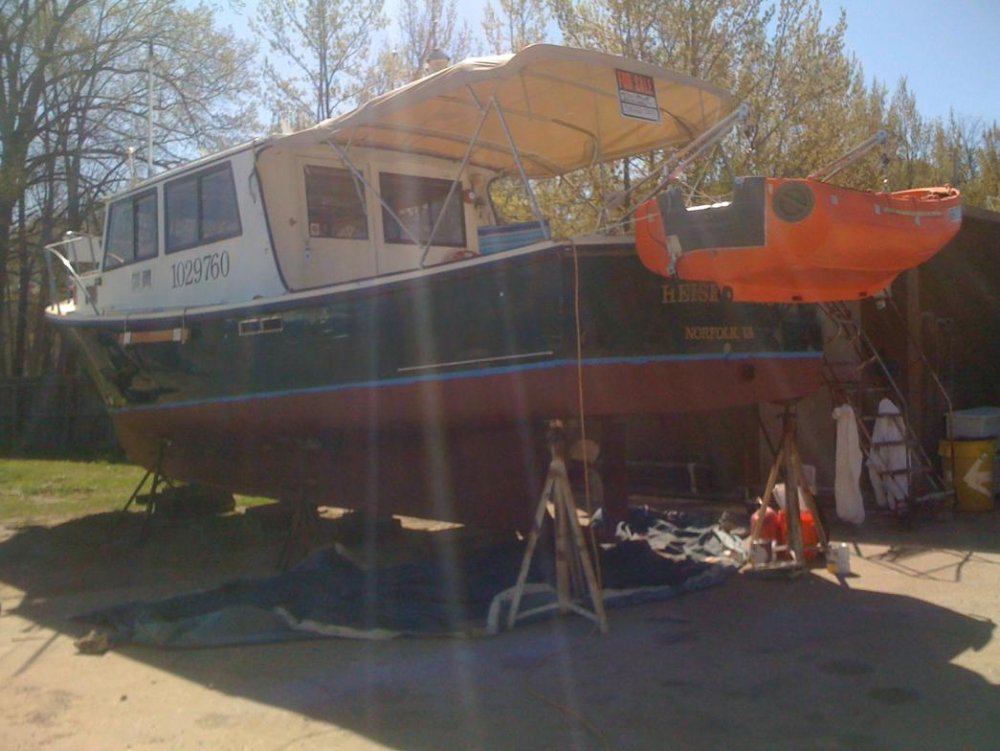 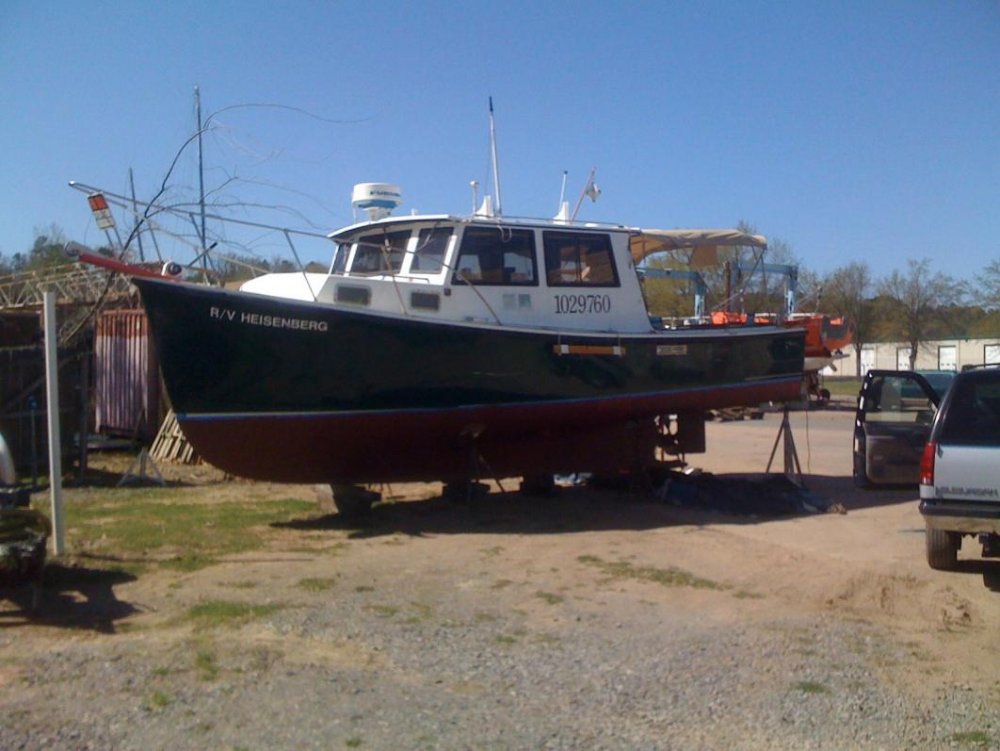 Dinghy yes, if you need one. That dinghy, No. That thing is ghastly.
Duke

First congratulations the BHM looks awesome. Love to see some interior pics. The Portland Pudgy has a big following, but I can see why some would think it was gastly. I was just at a cove today, and an Albin showed up around the same time as we did, they had a RIB dingy on davits like you. I thought it was a sharp setup. If it were me, I would use it as is, and see if it grows on you. Seems like a slick solution. If you don't like it after a season, it would make a good winter project to change it out. FWIW I don't think it looks bad.
F

Nice find TwoRivers. Good luck with your new boat. I see a 501 area code (Arkansas) on the for sale sign. So it was a fresh water boat?

It originally was at Point Lookout marina on Chesapeake Bay in Maryland. It was trucked to Arkansas ,yes fresh water , in the month of March ,year 2000. I think it is probably the only downeast boat in Arkansas, and some of my friends are bewildered, but I guess I have a bit of Maine lobsterman in me. ha! 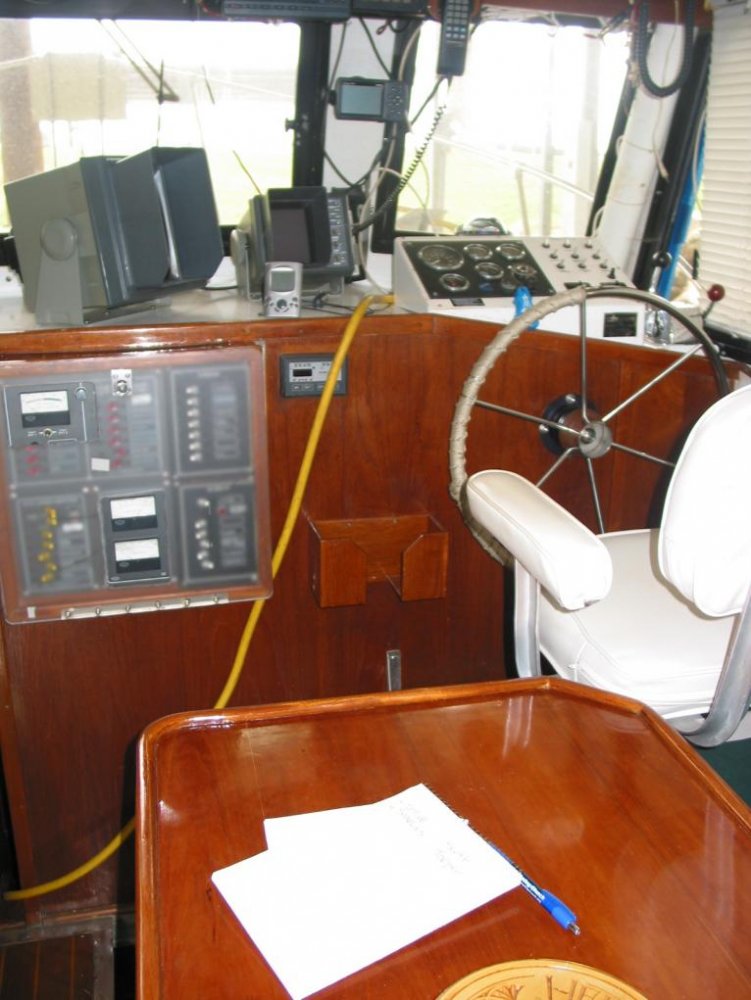 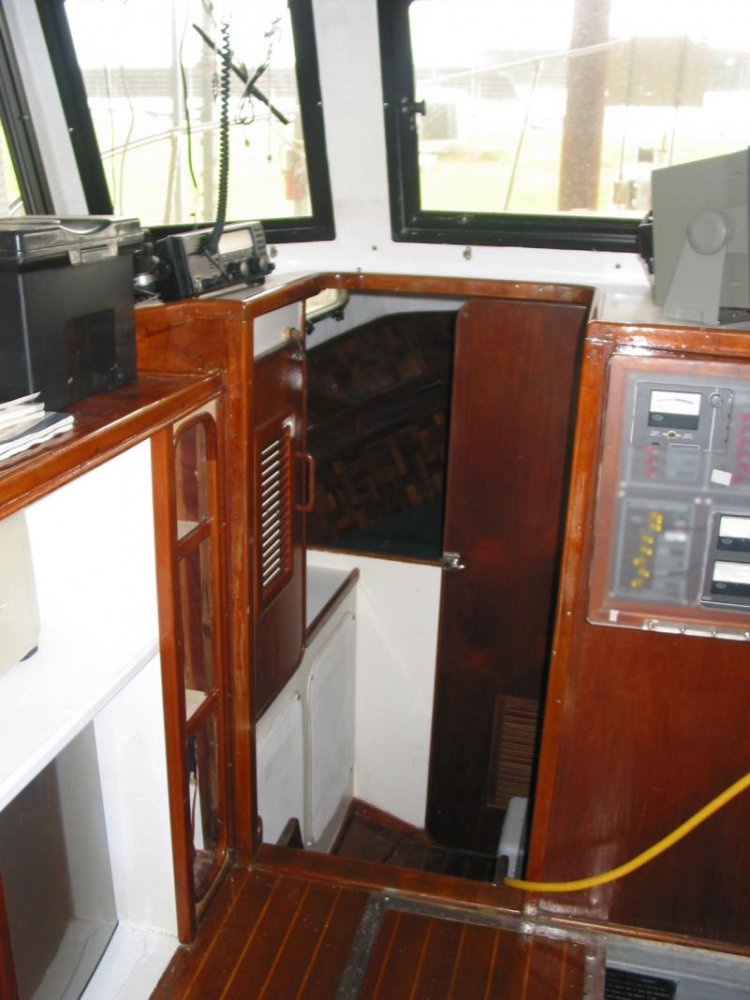 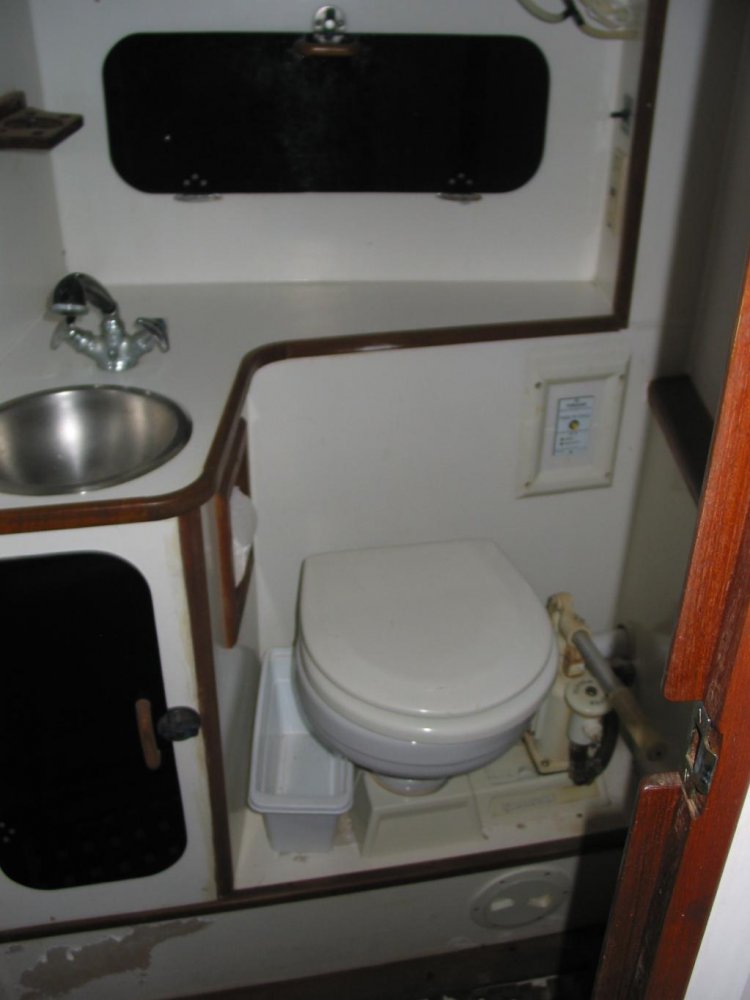 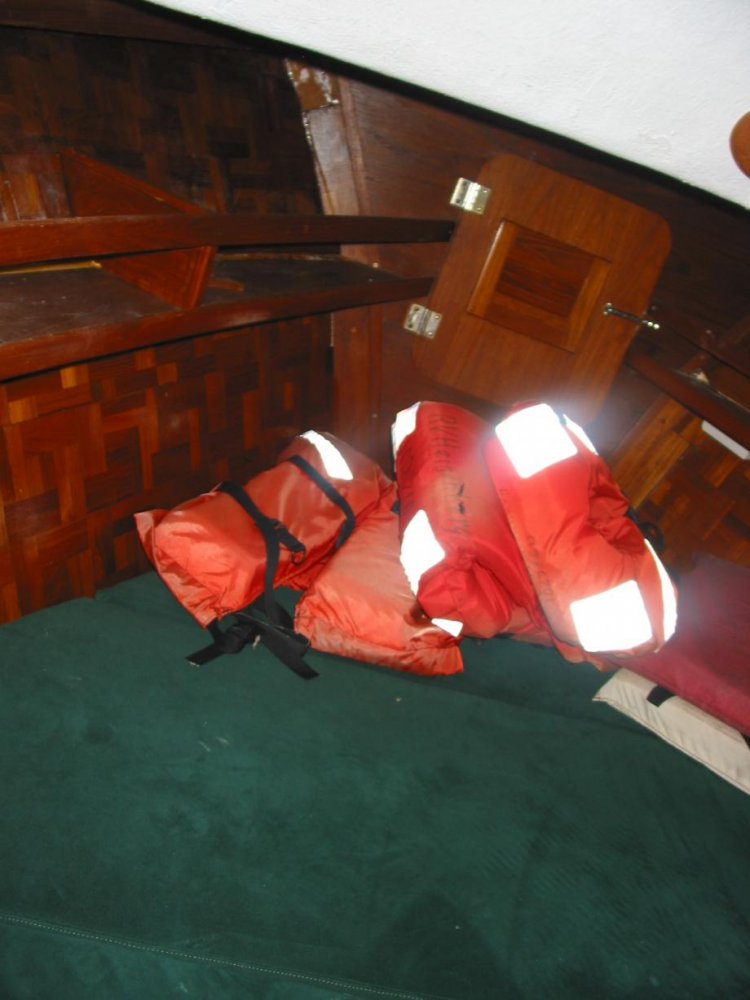 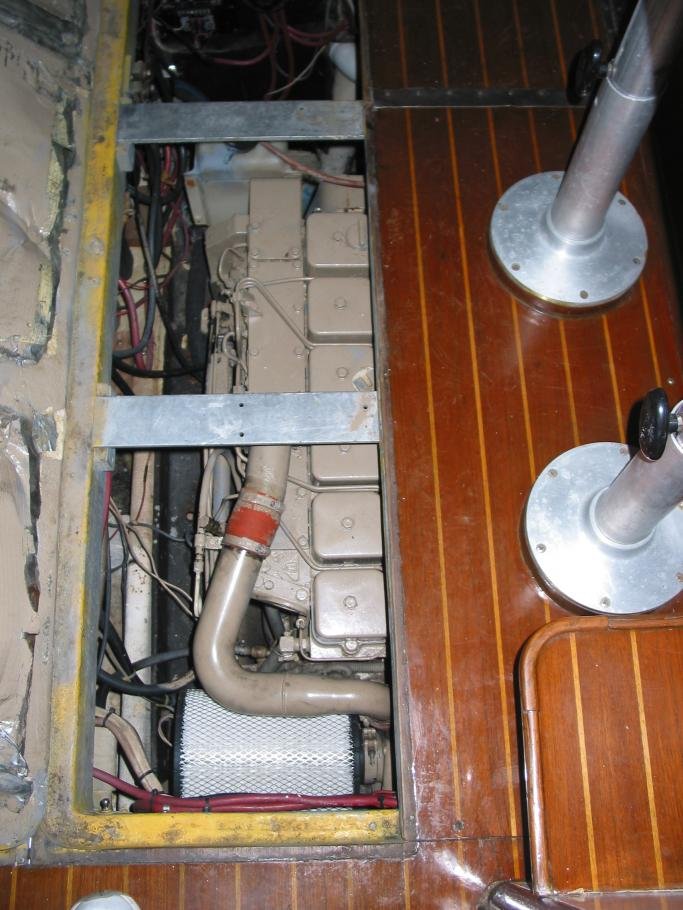 Hey, you can haul some pile of crayfish traps with that baby.

No lobsters in the Arkansas river !
E

Nice BHM! I think the dinghy is set up for utility. It's not pretty-- but doesn't need to be. It gets you into shore, dock, restaurants etc. It doubles as a life boat if needed- orange is the CG's best friend. If money isn't an object- replace it. If it was me... I'd keep the set up as is (unless fishing- that can get in the way I would think). How does it row? Does it go up and down easily on the pulley davits?

Don't know about function. It is in my garage,the dinghy,. Thought about just trying to sell it,but not a good idea I think. May just keep it!
Thanks

That is one wild ceiling up forward
How is it on a long trip? It looks very busy and I wouldn't be surprised if it makes some queasy when the wind is up a bit.