Downeast on the Pamlico

Sisu 22 owners, are there any areas I should focus on, also would appreciate any ideas on a helm seat 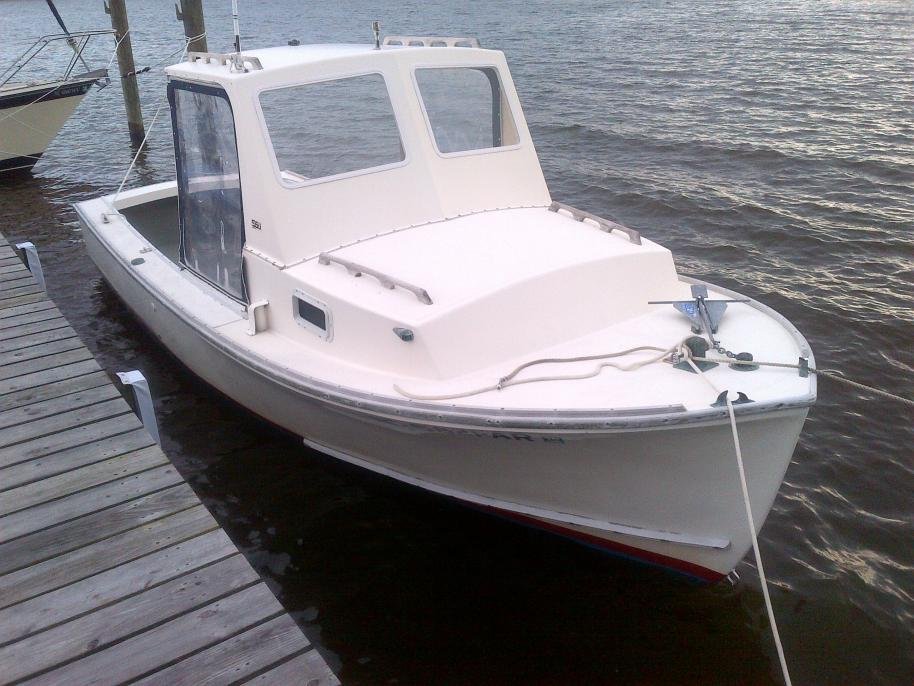 Great looking little boat, ive been looking for a boat like that for a long time to turn into a center console, nice find!
Last edited: Sep 19, 2013
N

You have a solidly built, great little boat.
They are highly regarded by those who know.
Although they are balsa cored, it seems they were built well, and water penetration has not been a major issue reported on this site, and on the several I have worked on
The cockpit floor on the old ones are a patchwork of 1/2" ply with chop on top. That would probably be the first thing to go if rainwater was getting in somewhere. The floors got better in later models. But if yours was taken care of, then dry stored, and is solid, you're good to go in that department.
Good luck!

Forgot to add that they, as the saying goes, will roll the cream right out of your coffee!

But are a hell of a seaworthy 22
A guy I know of here, put a fly bridge on his. He fishes commercially. This was so he could have a good vantage point to poke his way though the prickliest of pears, that is to say, the reef line to get to his fishing spots. That boat would lay over something vicious in a sea, but always come right on back up!
Last edited: Sep 20, 2013
G

I've always admired the Sisu's, and wondered how the 22 would perform with the Perkins 4-236. My brother has one of these (the Perkins) in a shed. Do you have any performance numbers for your boat? Also wonder what gear she has and what prop is on her. I know she must be easy on fuel, my brother and I have and old 34' Mainship with a 6-354, and that engine is quiet and easy on fuel.

I'm really enjoying working on this old girl. Planning to mount a transducer and paint the inside of the cabin this weekend. Received a new pillar bearing for her this week but I don't think I'll have time to replace it this weekend.
Last edited: Sep 26, 2013
G

Pamlico, thanks for the info. It sounds like whatever the prop is, it is pretty close to right for your set-up. Nothing wrong with 8 knots, that's about what we run for a cruise on our Mainship. Where are you on the Pamlico? I sometimes go down to fish offshore out of Hatteras (not on the Mainship), will keep my eye out in the Sound for your boat.

Sisu 22 owners, are there any areas I should focus on, also would appreciate any ideas on a helm seat
Click to expand...

Welcome to the forum. I don't have any ideas but below is a link to my project.

Gary,
I'm not far from where the Pamlico River emptys into the sound. Just a few miles from the ICW.

Jkporter,
You did a awesome job on your 22. I'm planning to rip out the old bunk that someone ruffed in and build a new one with storage. I sure would like to see some more pics of the inside of your cabin. I'm looking for ideas. 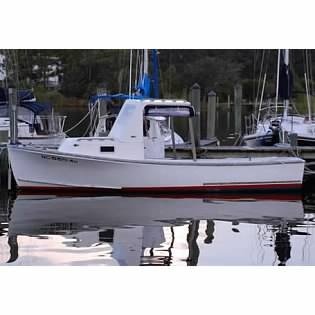 If you need parts for the engine, transatlantic diesels knows quite a bit about perkins. I gave them a lot of money until I repowered.


Pamlico said:
Gary,
I'm not far from where the Pamlico River emptys into the sound. Just a few miles from the ICW.

Jkporter,
You did a awesome job on your 22. I'm planning to rip out the old bunk that someone ruffed in and build a new one with storage. I sure would like to see some more pics of the inside of your cabin. I'm looking for ideas.
Click to expand...

Sorry I did not get back to you sooner, been traveling. I will see if I can get some cabin pics this weekend.

Thanks KP,
The old girl is cleaning up good. I ripped out the old wooden berth and did some painting it the cabin. Not sure what to build back in the cabin, as you know room is at a premium. I'm going to do something for the batteries, there are two and I'm not happy with the two plastic boxes. Thinking of building one large box to house both. 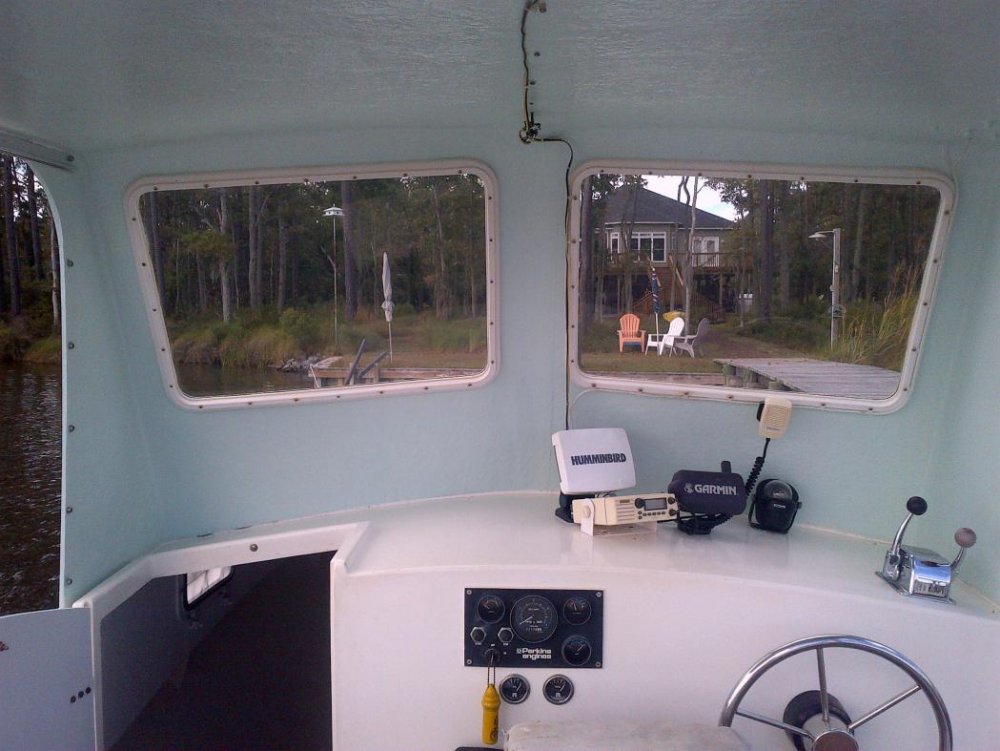 Still trying to figure out how to load more than one pic in a post. 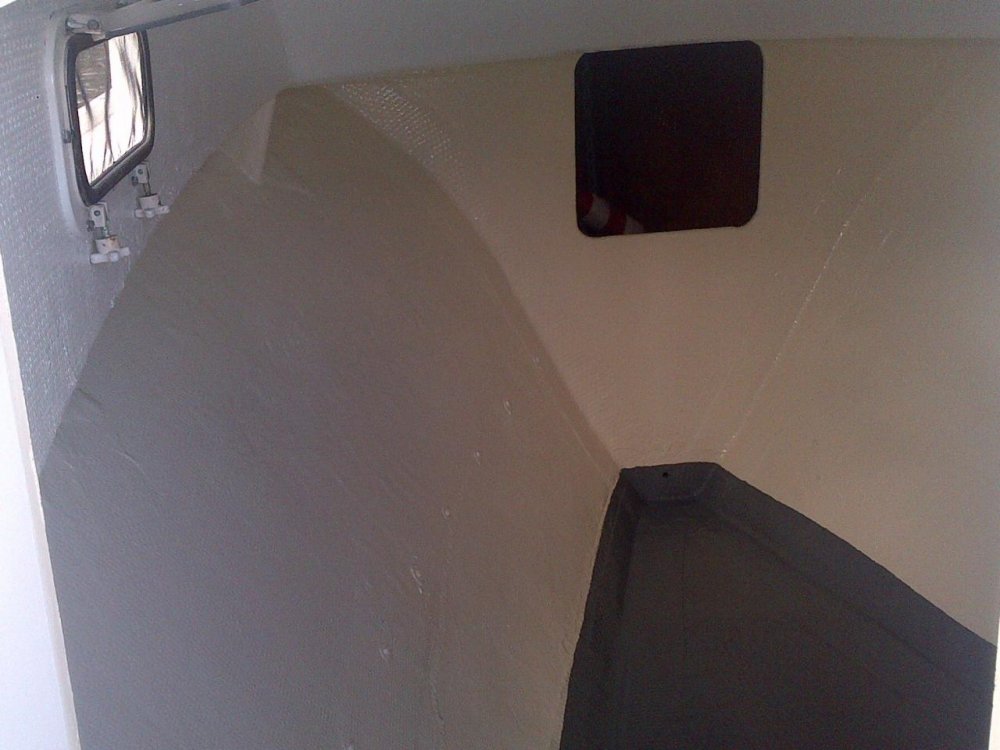 Even the old Perkins is starting to look good. 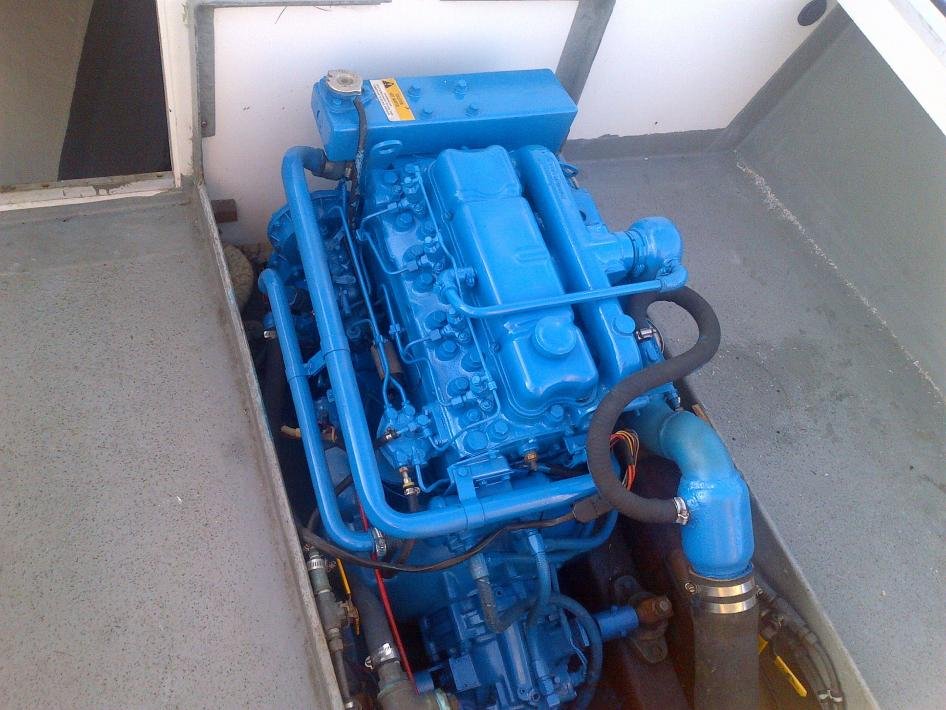