Emily Rose has the nicest Eyes

Left Tues for my 3rd Canyon shot in less than 2 weeks intent on putting a bigeye in the "virgin" hold on the Emily Rose. She has had plenty of fish on deck over her short life so far since Todd lovingly crafted her in his backyard in under 2 years. But nothing big enough to put in the "basement".

To say we were successful this time is an understatement.

We were out to the edge last weekend with plenty of albacore in the bonar box but no bigeye to put in the custom 80"indeck hold with 4" insulation just begging for a tenant. We knew the fish were there, I landed one in the 60" class a week earlier on Greg's 35 T.Jason, heard the radio chatter and saw fish landed on our second trip 4 days before, just never came tight on an eye.

Not to be discouraged, the foundation was laid for another midweek attempt on the Emy Rose. Bosses were bribed, wives and family were called in for double kid duty (Thanks Brenda, Amy and Kristen!!)and the ice maker was set on full throttle. This time would be different, Todd called in a ringer, his good friend .............Capt. Mike Marro.

After fueling up the Rose and finding out we only burned 144 gallons on our last canyon shot we were set to go, the hoo's were defrosting and we set out over LIS to FAC conditions.

On the way out I kept my mouth shut and went to class on classic hoo rigging as its done for the big guys on the commercial scene, most of which I can't put on the internet, we were ready to kick ass and take some names. We put Todd's son Chad on the wheel and rested up for the party.

At around 6pm and about 10 miles from the tails Capt. Mike gave me a few pointers about getting the spread ready, preparing the leaders and how he places the baits in the pattern. We throttled down, set the spread and walked in the front door like we owned the place. Made a few adjustments to the baits, Mike told me to ready my harness, I got it adjusted, laid it on the seat in the pilot house and we came tight in less than 5 min of trolling......

Long rigger hoo on the custom Anglers Envy 911 went down, I grabbed the rod, Mike said "This is him" and I strapped in ready for a battle. At the same time the other long rigger, on the same style Anglers Envy 911 rod comes tight Todd grabs that, Capt Mike is on the wheel Chad is cockpit monkey clearing lines and the battle is on.......

I won't bore you with the details of the whole fight, but total time to both fish on deck was about 2 hours, Todds fish was a little bit bigger, roughly 64" but mine came in first, roughly 58". Now we were in the canyon with the job basically done and the night bite still to go. Final tally for the trip on The Emily Rose was 2 Eyes and 3 Albacore, I'm sure Mike and Todd can fill in the details I missed, but good times and great fishing on this epic adventure. 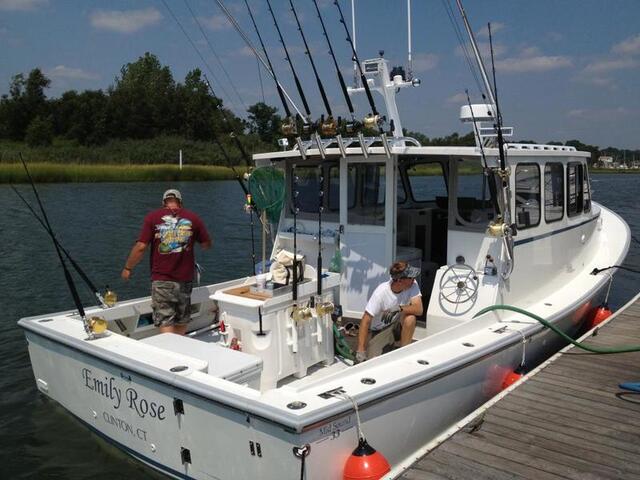 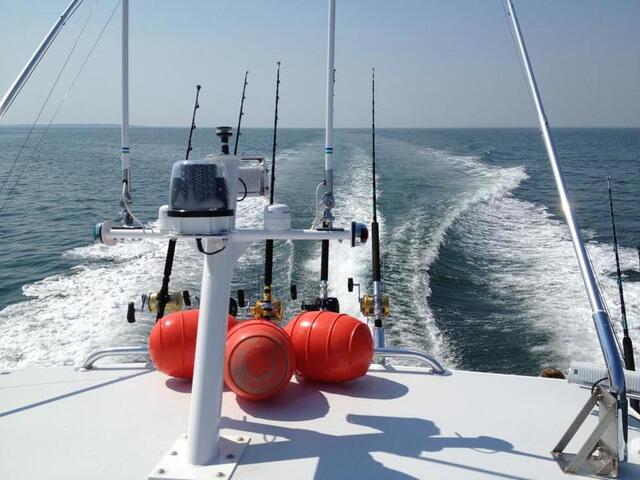 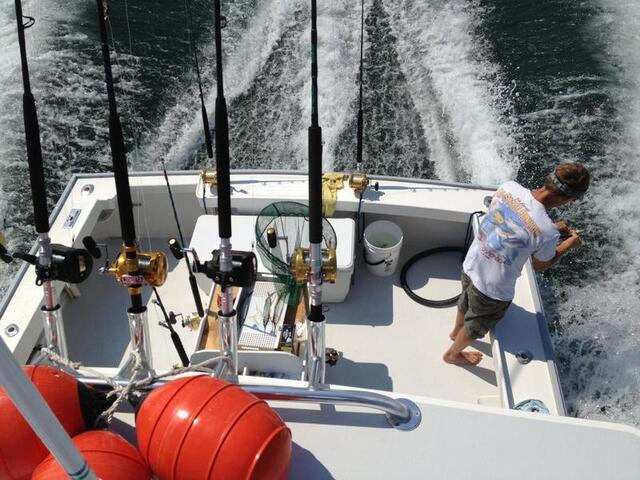 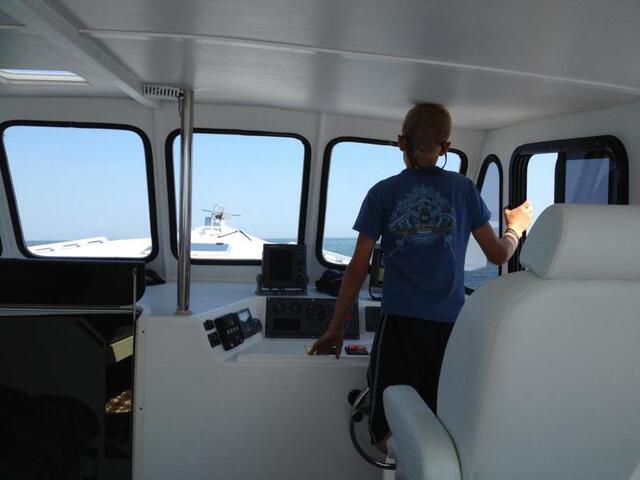 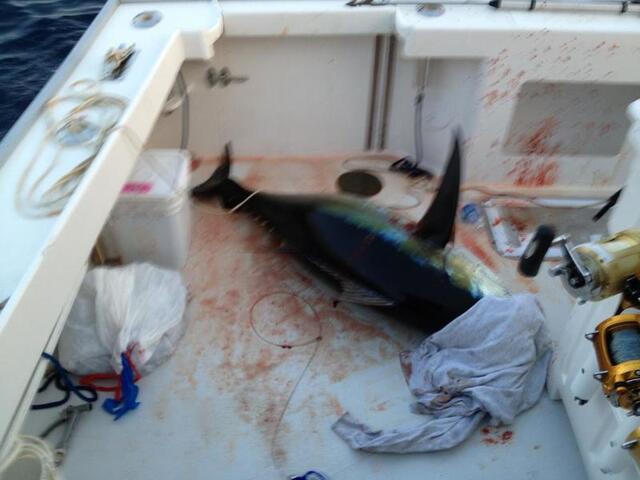 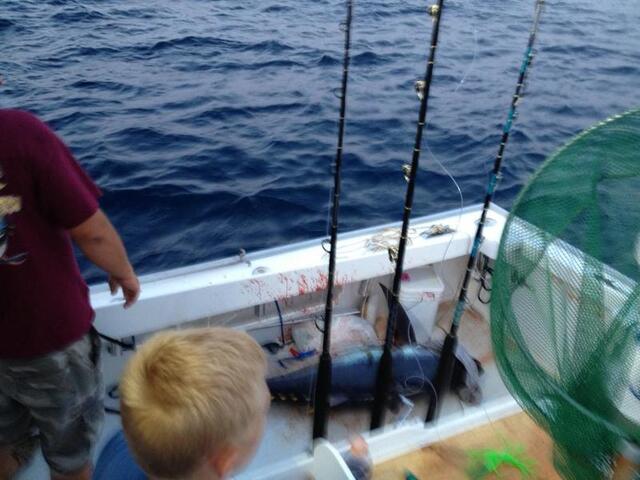 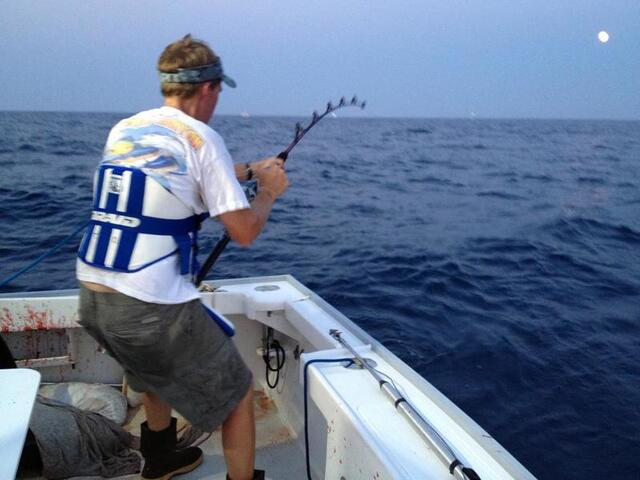 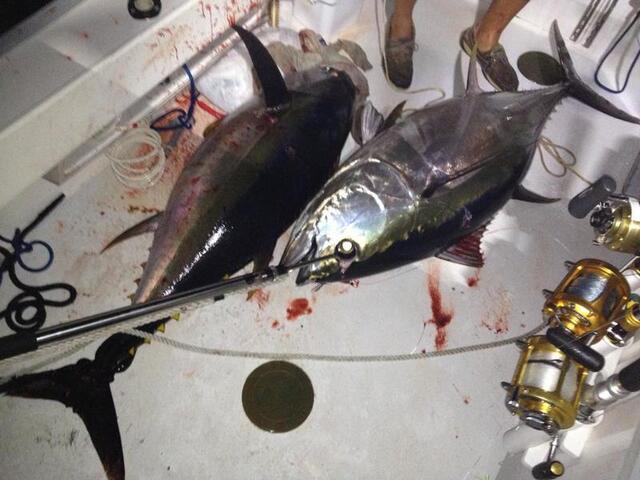 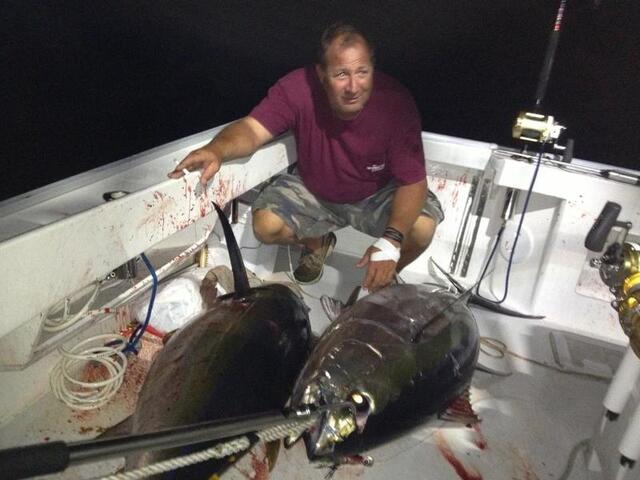 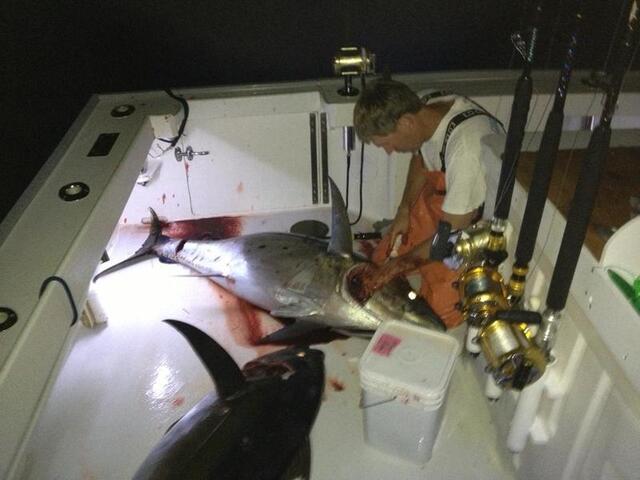 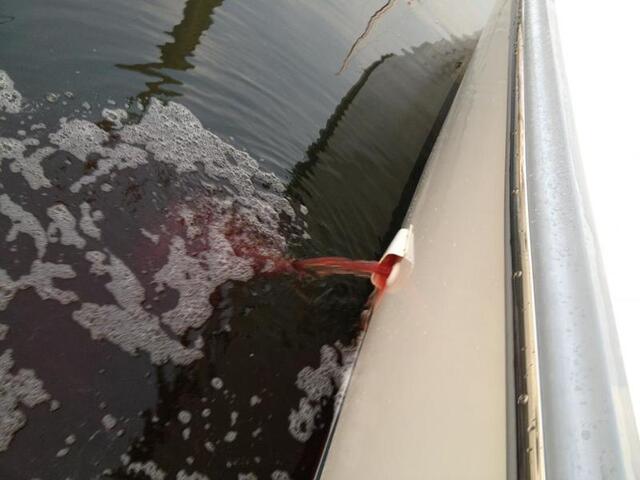 Nice to see you guys "Getting er Done" thanks for the report and pics. Bryan.
F

144 gallons for a canyon trip from mid-Southern CT is attractive pricing. What was your average cruise speed?

Thanks for the fishing report.

El Mar,
What a sweet rig you got there! I'm looking for a ice tote just like yours. Can you please tell me the make and dimension's? I want one exactly like yours. Thanks.
E

Teaserhead said:
El Mar,
What a sweet rig you got there! I'm looking for a ice tote just like yours. Can you please tell me the make and dimension's? I want one exactly like yours. Thanks.
Click to expand...

Not my boat it's Todds (Madchark) but the box is a Bonar, not sure which model number.

K. That's a start! Thanks for that.

One more shot from the adventure. 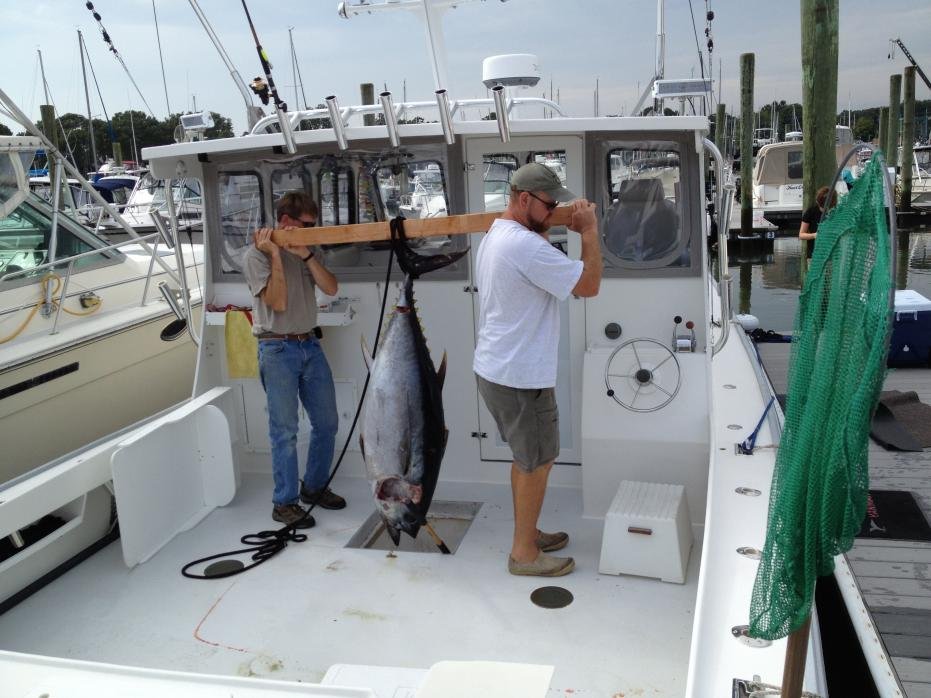 Gurryman said:
Gorgeous Boat, Whats the deal with the running lights? Don't look like 1 meter to me.
Click to expand...

How did Todd get out of work?

Blitzen said:
How did Todd get out of work?
Click to expand...

He should have come with us.
D

So glad I am on my way home to fish... Its been long since January...

Gurryman is right though, I got busted once for that light issue...

Is that a strobe light up on the top?
W