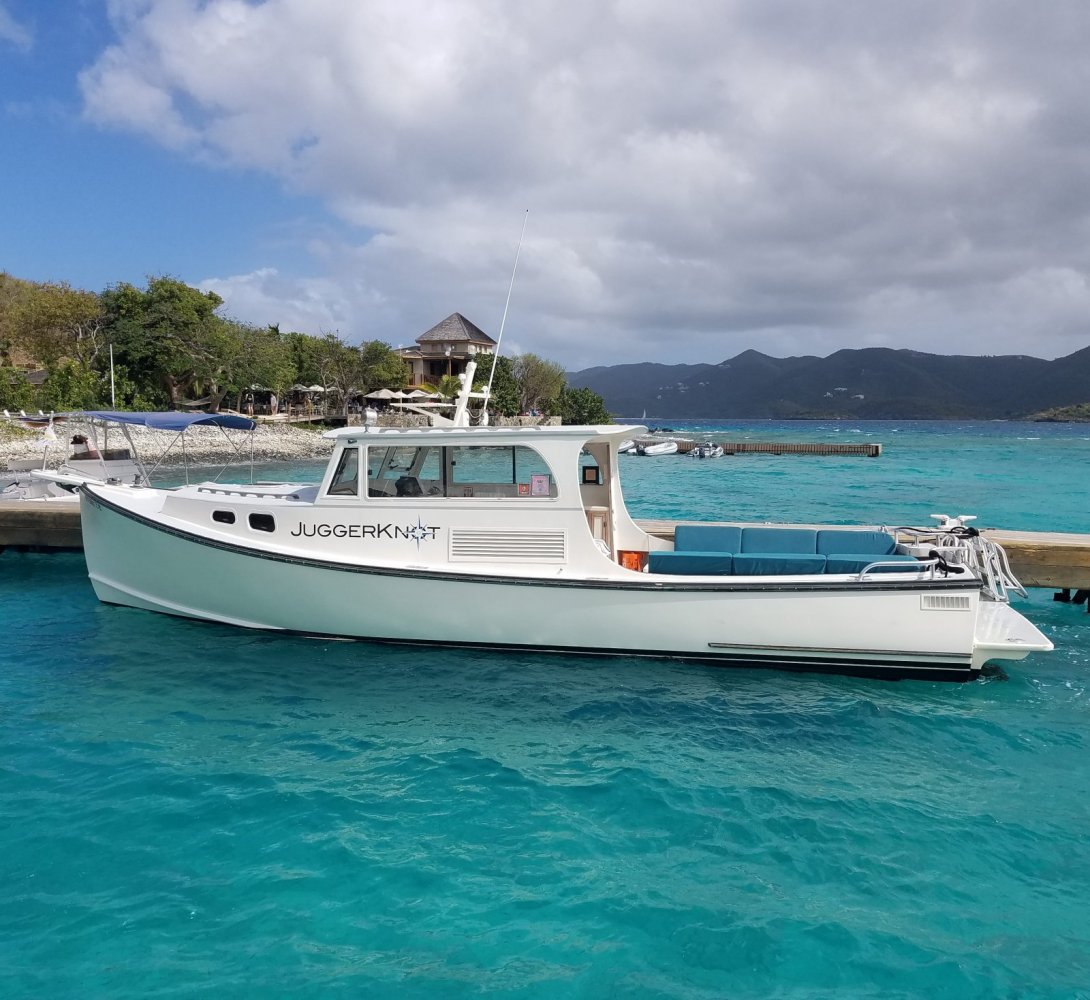 Lovango? My mom used to live on that island for 3-4 years.

Anthony Kotoun said:
Lovango? My mom used to live on that island for 3-4 years.
Click to expand...

Heard recently it’s been built up with a resort. Kind of a shame

I was there helping to build it up as a resort....left yesterday. I was there last winter too, running boats doing facility stuff...

Three Lovango Stories for you:

-Brought my college girlfriend home to Lavango one Christmas break. Was staying in the tiny red roof house right next to the water. First night, lifted the mattress up to tuck in the fitted sheet and there was a very much alive scorpion right there under the mattress. Having grand visions of getting tons of action all week I was forced to decide to either grab the scorpion before she saw it or take a measured attempt to remove it, giving her plenty of time to see what was going on and then there for get the “ibby jibbies” all week. i.e. not much chance of unlimited action.
I ended up somehow flicking it out the window from the bed. Hero shot I tell you. She was like, “was that what I think it was...”. I replied, “Not sure what you are talking about! Now if you could help me by just tucking in your corner we should be good!”.


-There were only three families that lived on the island when we were there. One down on the far west end and then two in the bay including ourselves. We had a dog, other fellow in the bay had a dog and there was one island dog. Dam dogs had the best life. They used to just roam the island all happy and free. No cars to worry about. They learned the sound of the outboards as we approached and would swim out, day or night, and circle us while we got sorted in the boat.
Just remember how happy those dogs were.


-Used to love going windsurfing while on break. Nice windy day, short board and like a 5.9 sail, went out and up through the Durloes. Current was going hard East and there was some fun chop. Having a dandy ol time till I got catapulted still hooked into the harness. Landed on the mast, above the boom, and bruised/broke some ribs. Went to inhale for first breath and nearly fainted from the pain. Was also still hooked in but body weight was causing rig to sink and I was slowly going under still attached to the rig. Adrenaline kicked in and some how i got back to the board. Waterstarting was out of the question so was forced to uphaul then sail home, having to hook in when arms gave out but then ribs would start screaming because of the harness compression. Luckily made it back.

Where are South Shore 30s made? Beautiful lines

Last I knew Flowers Boatworks had the mold for the 30SS. I don't know if they still do though.

WoundUpMarine said:
Last I knew Flowers Boatworks had the mold for the 30SS. I don't know if they still do though.
Click to expand...

Dave still has them.
F

I think this is right, it looks a lot like the NB that was up for sale in ME a few years ago with the 3406/C15 that was set up as a ferry of sorts

I remember he bought the boat in Maine right after a big hurricane down there had taken out most of the boats so he was able to go right into business with it...maybe if I go back I'll get a chance to go out on it.
You must log in or register to reply here.
Share:
Facebook Twitter Reddit Pinterest Tumblr WhatsApp Email Share Link