Can lab-grown lobster compete with Maine’s most lucrative catch?​

With over 1,200 miles between Cultured Decadence’s headquarters in Wisconsin and the Maine coast, its foray into the lobster game may seem an unlikely choice.

But founders John Pattison and Ian Johnson don’t actually need the rocky coast or even the ocean for what they hope will become the latest crustacean sensation. All they need is a laboratory.

The product is still a few years away from hitting store shelves, and its potential impact on Maine’s lobster fishery remains unclear. Cultured lobster is being developed at a time when plant-based meat alternatives already have become major players in the food industry, and some experts say cultured meats will comprise a large portion of the market by midcentury.

Lobster industry leaders in Maine say they aren’t worried about such products replacing real lobster anytime soon, but they believe market awareness and proper labeling will be imperative to protect the state’s signature seafood product from high-tech alternatives.

Cultured Decadence says its product, grown from live cells, will be indistinguishable in form and function from wild-caught lobster, only without the shell.

The company sources Maine lobsters, selects small tissue samples in its lab, isolates the cells from the tissue and uses them to grow meat in a controlled environment with a “nutrient-rich solution,” according to its website.

At scale, the process would not rely on taking biopsies from the animals and would use cell lines that could be stored frozen and then thawed and expanded to make meat, Pattison said via email.

“There is something culturally and experientially special about cracking into a whole lobster that cell-cultured technology really can’t replace,” Pattison said. “We believe these culinary experiences will continue to exist, and we hope to supplement the current supply of seafood, increase consumer demand and offer customers more access and more choice.”

Cell-cultured products can offer additional ingredient functionality for crustaceans, like lobster, which haven’t been domesticated for food production as beef, chicken or shrimp have, Pattison said.

“The market is constrained due to the lack of economical inland farming/aquaculture systems, constant environmental change in the fisheries leading to migration of these animals, and the strong demand, excellent nutritional value and high unit price point of lobster,” he said.

Pattison believes cell-cultured meat could help address some of those issues and also provide “more scientific insight into how these animals work on a cellular level leading to healthier wild populations.”

The company is still focused on research and development and will ramp up prototyping later in the year, he said. Full commercialization is still a few years away.

CULTURED VS. CAUGHT
Richard Wahle, director of the Lobster Institute at the University of Maine, doesn’t see cultured lobster replacing wild catch in the near future, if ever.

“There’s just so much wrapped up with the value of this very sustainable lobster fishery in the Gulf of Maine,” he said. “It’s an iconic species – people aren’t going to switch their attention to a cultured product anytime soon.”

Still, Wahle is interested in what Cultured Decadence is doing and has been consulting with the company for the past year, occasionally sending them live lobsters and a small sample of eggs.

“We’ve been fully clear about our interest in supporting the wild capture fishery,” Wahle said, adding that he has made sure to include various lobster industry participants in the discussions.

While he’s not convinced the product poses a threat, Wahle said he thinks it’s important for the industry to be aware of what Cultured Decadence is doing, so it can keep track of the company’s advances.

Cultured Decadence isn’t the first to venture into the world of cell-cultured or lab-grown meat and seafood.

While U.S. shelves are rapidly filling up with plant-based alternatives such as the Beyond Burger and Impossible Burger, cell-cultured meats are likely still a few years away from hitting the domestic market.

Still, there are plenty of companies gearing up for entry.

According to the Good Food Institute, a nonprofit dedicated to alternative animal proteins, there are about 50 companies around the globe working on cell-based meats, and about 15 of them are based in the United States.

Two others, one focused on lab-cultivated breastmilk and another on pet food, are also U.S.-based.

California-based Memphis Meats, for example, which is backed by names such as Tyson Foods and Bill Gates, among others, claims to have produced cell-cultured chicken, beef and duck. In January 2020, the company closed a $161 million funding campaign to build a pilot facility to get the products off the ground and onto shelves, but did not release a target date.

The Good Food Institute only lists four companies in the country cultivating seafood, all based in California except for Cultured Decadence.

BlueNalu, Finless Foods and Wild Type have set their sights on species such as mahi-mahi, tuna and salmon, rather than lobster.

According to Darren Seifer, food and beverage analyst for The NPD Group, a market research company in New York, the plant-based movement is the closest proxy to predict how the lab-grown meat industry might fare on the market.

While plant-based burgers seem to be everywhere, they only actually account for about 1 percent of hamburger consumption, Seifer said.

The overwhelming majority of consumers are traditionally meat eaters who are turning to such products because, while they might not see the protein as a healthy alternative, they at least regard it as healthier than beef.

It was a plant-based burger that first got Pattison interested in exploring cell-cultured meat.

“This experience got me thinking about the food supply chain, the environmental impact of our consumption, and what solutions might be viable to help preserve and protect our environment while still supplying the growing demand for animal protein,” he said.

Plant-based seafood alternatives are less common, but not unheard of.

Sophie’s Kitchen, based in California, makes vegan calamari, scallops, shrimp, crab cakes, and even canned “Toona,” made with pea protein.

Alternative proteins are significantly more popular with the younger generations in “areas of the country where you hear about things like quinoa or chia seeds,” Seifer said, rather than smaller towns populated with the “meat-and-potatoes crowd.”

Either way, with many such products still untested by consumers, it’s “difficult to tell what their future holds,” he said, adding that he has a hunch they’ll be met with “a little bit of skepticism at first.”

This is the future, save the planet and all that....once the price reaches boat price the industry will be gone.

I’ve got a feeling this asshole is behind this. 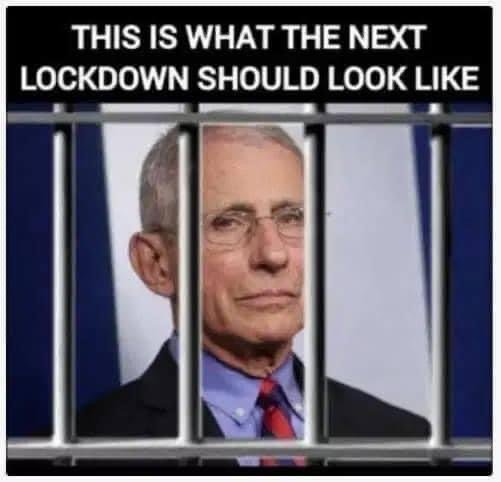 With enough money anything can come out of a lab. Spot on Ronnie.....
C