So far (and probably for good reason....) I have only seen postings of addings lifting strakes/rails to DE hulls that are generally large and either bolted or glassed onto a hull. These all see to be somewhat fragile and require blocking when in the slings.

Has anyone ever added strakes to a DE hull like a lapstrake hull to try to gain the same effect? Seems like go fast boats have been doing it (of course different speeds/forces involved) forever and it clearly creates lift so why not on a DE?

Like the ZP strakes in this pic. Maybe 3 courses for the rear half of the boat at 3/4" height and tapering to the next step over 3". Like a heavy clapboard. This would give you an overall height, if you consider the effect of the faces of the strakes together, of about 2 1/4" which is a little more than most single piece, add on rails that I have seen Seems like they could be made solid and would not be subject to damage by the travelift.

I am not looking for the easy way out as much as interested in experience that anyone has on this. Was thinking maybe a run of them could be molded in wood and glassed over or even molded in place with hull & deck putty and glassed over but never used the stuff so not sure of its density- might just sag off the hull.

Plenty of lap strake hulls in history- maybe someone has run one at 16kts and could comment on the lift/handling characteristics?

pic didnt load- see the ZP strakes with edges facing down? Same concept but would make the faces as close to vertical (plumb) as possible. 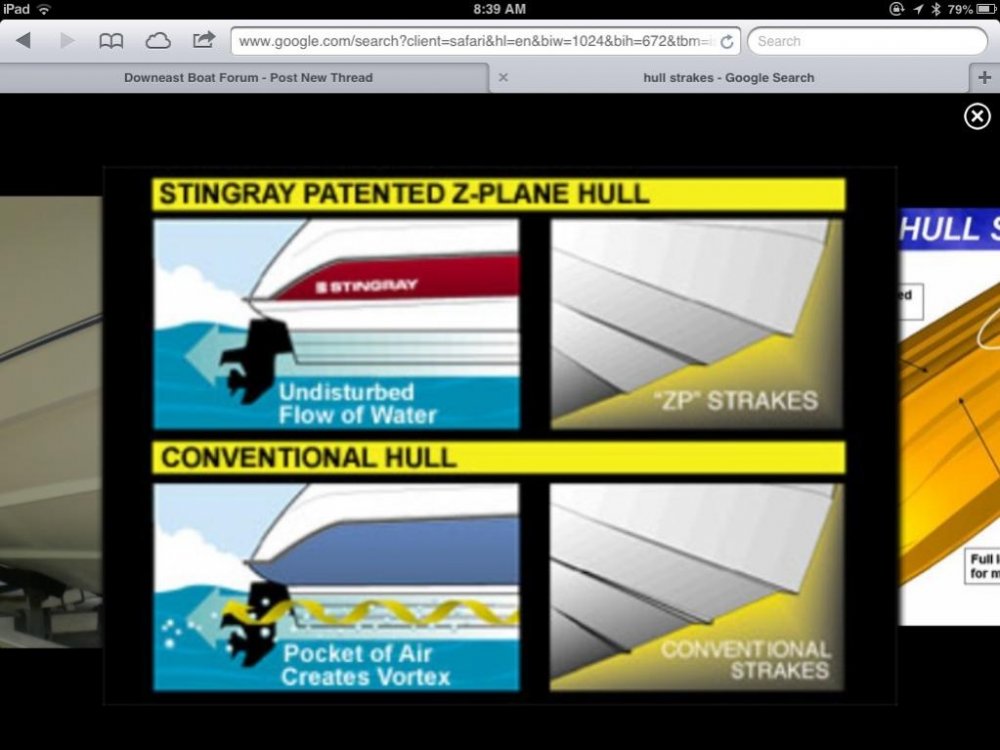 Gurryman said:
Blocking the rails when lifting with straps is no big deal. If you wanted a fiberglass lap strake style hull you should not have bought the Sisu.
Click to expand...

I'm not interested in a whole lapstrake hull. Should have pointed out that i was just thinking of 3 courses for the last half of the hull maybe stopping a couple feet short of the transom.

The attached pic is from the thread below this one and someone (Beal design if I recall correctly) is doing one course of what I am talking about. Seems that I am not alone in not wanting to have to worry about the blocking and bolting.

Basically I was thinking of 3 smaller versions of this that wrapped around the chines. Add a little lift as speed, maintain the round chine characteristics at slow speed, no bolts, no painting of my topsides, and if anyone thought that A, it would work, or B the hull and deck putty wouldnt just sag and fall off the boat when molding it, this could be a cool idea. 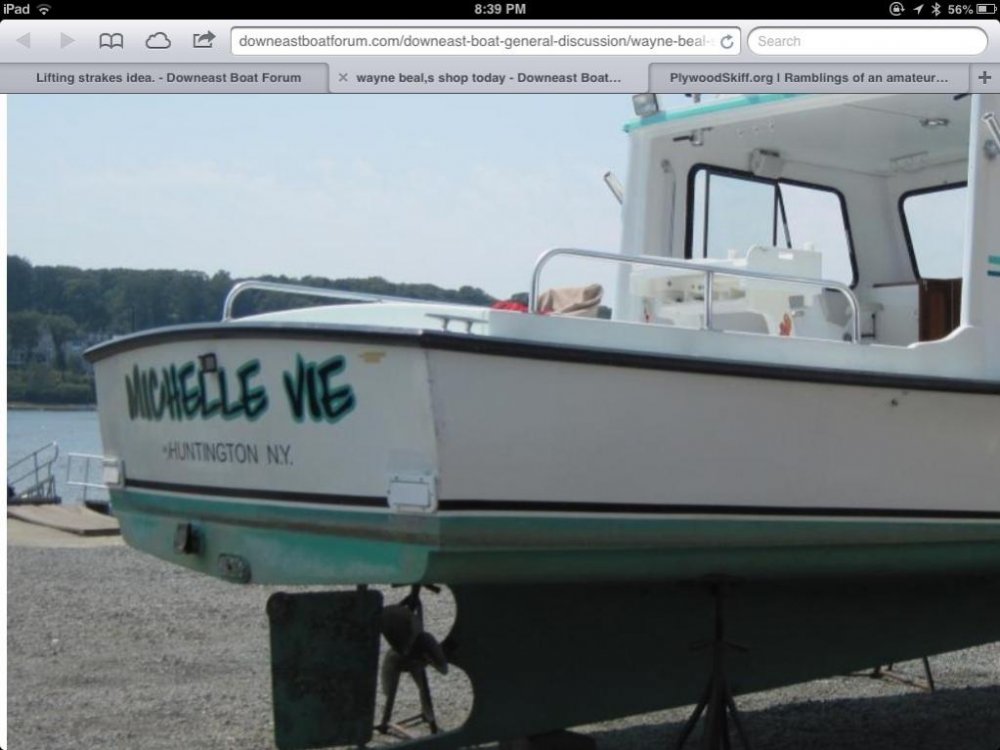 I would make a mold and shape the strakes in place like plasterers make mouldings (about 2:45 here you see him draggin his profile knife though the plaster against the guides he set for them- Rebuilding Plaster Moulding - YouTube)

Gurryman said:
Toolate, The rest of the story,,,,, "WC 29' Runs good.Very efficient.There is no real discernable pounding when running here on the Long Island Sound. When the waves start rolling she will bang some.After haveing CC's for many years i would not consider the ride 'pounding'.
In a fresh following sea the boat has to be run slower and with more concentration. Nothing out of the ordinary.
Boat's bow spray is somewhat wet. That is what the house is for.Would like to cut the spray down, however have already installed Smart Rails."
Click to expand...

Not your boat is it Gurryman?

SO I spoke to the guys at Lowell Brothers yesterday about a number of things but I went over this idea with him (Joe? I think it was- I am terrible with names).

His take was that lifting rails would be a better idea because, at the relatively low speeds the boat would cruise, the strakes would create more turbulence than lift and therefore more drag.

His suggestion was that I install PVC strake using plexus only to avoid bolting. I expressed concern over that with the lifting slings and his next suggestion was to use a high density foam and glass them into the hull. He also said that they normally just put them 1-2" below the water line at rest (not the painted water line but where the water touches the hull at rest) and maintain that going to about the midpoint of the boat where they taper down to about 1/2" thick and terminate- all of this below the water line which I like because, if I do it, then I wouldnt have to get involved in touching my original, gelcoated topsides.

I have never worked with any coring foam but would think it might be easy to come up with a way to leave a saw kerf in it that could be filled with epoxy after it was glued on the hull and before it was glassed over to give it a little more impact resistance. Maybe shape it to what I want and then cut a blade wide kerf lengthwise and perpendicular to the hull surface prior to gluing it on (or fill it with hull & deck?). Would love some thoughts on this (crazy) idea.

Dont think I will do them if it means gluing and/or bolting pvc rails on.

So, the advice from all here was spot on as far as his take is concerned. Thanks!

Gurryman said:
Toolate, The rest of the story,,,,, "WC 29' Runs good.Very efficient.There is no real discernable pounding when running here on the Long Island Sound. When the waves start rolling she will bang some.After haveing CC's for many years i would not consider the ride 'pounding'.
In a fresh following sea the boat has to be run slower and with more concentration. Nothing out of the ordinary.
Boat's bow spray is somewhat wet. That is what the house is for.Would like to cut the spray down, however have already installed Smart Rails."
Click to expand...


How long have the "smart rails" been installed? Any issues with them?

Smart Rails have been effective as advertised.

Fish220sr said:
Smart Rails have been effective as advertised.
Click to expand...

Are your smart rails attached with the VHB tape? Did you supplement with any other means of attachment?

We attached the material with the tape as supplied by manufacturer.7 seasons zero issues.

Excellent thanks, I was on their page the other day and saw they use the 3M VHB Tape. Did some research on it and it seems like pretty strong stuff. I’m looking to do a lifting/sprayrail and will probably give that tape a go and avoid bolting through the hull.
You must log in or register to reply here.
Share:
Facebook Twitter Reddit Pinterest Tumblr WhatsApp Email Share Link