A teacher asks her class, 'If there are 5 birds sitting on a fence and you shoot one of them, how many will be left?'
She calls on little Ralphy.
He replies, 'None, they will all fly away with the first gunshot.'
The teacher replies, 'The correct answer is 4, but I like your thinking.'
Then little RALPHY says, 'I have a question for YOU.
There are 3 women sitting on a bench having ice cream:
One is delicately licking the sides of the triple scoop of ice cream.
The second is gobbling down the top and sucking the cone.
The third is biting off the top of the ice cream.
Which one is married?'
The teacher, blushing a great deal, replied, 'Well, I suppose the one that's gobbled down the top and sucked the cone.'
To which Little RALPHY replied, 'The correct answer is 'the one with the wedding ring on,' but I like your thinking.'​


Little RALPHY returns from school and says he got an F in arithmetic.


Little RALPHY was sitting in class one day.

All of a sudden, he needed to go to the toilet.
He yelled out, 'Miss Jones, I need to take a piss!!'
The teacher replied, 'Now, RALPHY, that is NOT the proper word to use in this situation.
The correct word you want to use is 'urinate.'
Please use the word 'ur-i-nate' in a sentence correctly, and I will allow you to go.'
Little RALPHY, thinks for a bit, and then says, 'You're an eight, but if
you had bigger tits, you'd be a TEN!'​


One day, during lessons on proper grammar, the teacher asked for a show of hands from those who could use the word 'beautiful' in the same sentence twice.

First, she called on little Suzie, who responded with, 'My father bought my mother a beautiful dress and she looked beautiful in it.'
'Very good, Suzie,' replied the teacher. She then called on little Michael.
'My mummy planned a beautiful banquet and it turned out beautifully.'
She said, 'Excellent, Michael!' Then the teacher reluctantly called on little RALPHY.
'Last night at the dinner table, my sister told my father that she was pregnant, and he said 'Beautiful, just f...... beautiful!''​


LITTLE RALPHY ON GETTING OLDER​


Little RALPHY was sitting on a park bench munching on one candy bar after another.

After the 6th one a man on the bench across from him said, 'Son, you know eating all that candy isn't good for you. It will give you acne, rot your teeth, and make you fat.'
Little RALPHY replied, 'My grandfather lived to be 107 years old..'
The man asked, 'Did your grandfather eat 6 candy bars at a time?'
Little RALPHY answered, 'No, he minded his own f....... business.​

Those are great BOS!! My girlfriend said it's not little Ralphy ....it sounds like me..mind your own fucking business...love it
Last edited: Feb 13, 2014

Can we even immagine Little Ralphy's take on rules of the road?

Give it a stab keelboater with the weather and all I'm sure much ain't gettin' done down there anyways!

Little Ralphy on rules of the road

Little Ralphy was taking his drivers ed class in school. His teacher was reaching up to the top of the chalk board to write something and little Ralphy couldn’t help but notice a tramp stamp across her lower back. The teacher finished writing BACK UP LIGHTS on the board and then asked the question “what happens when you back up?” Little Ralphie replied “you blow your whistle 3 times”. The teacher replied “I don’t understand what you mean”. Little Ralphie repeated ….”you blow your whistle 3 times.” The teacher looked baffled and said, “But I don’t have a whistle.” Little Ralphy smiled at her and replied “I was counting on that. You can substitute this for the whistle..............." (You get the picture)

Thought this was going to be a "dictate" joke.

Little Ralphy's teacher decides to end the school day with a quiz
"If you get the answer correct you can leave early"
First question: what was the name of the ship that struck an iceberg and sank on it's maiden voyage?
Suzy's hand shoots up: Titanic miss?
Correct off you go.
2nd question: what was the name of the general who died during the battle of the little big horn?:
Johnny: George Custer miss?
Correct.

Ralphy, is getting desperate at this stage so delving into his desk he finds a couple of ping pong balls and with some swift work with a black marker pen, he throws them down to the front of the class.

The teacher looks up in surprise and says: OK who's the comedian with the black balls?

Racing towards the door Ralphy shouts back over his shoulder "Sammy Davis jnr" and he's gone!!! 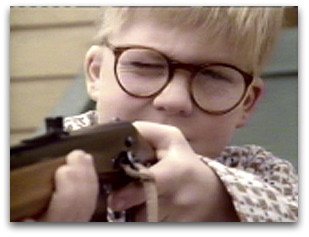