Im fairly new here but not new to boats. Ive got a 1937 65ft Antique Commuter Yacht thats become more than I have time for. Id like to sell or trade her and get into a 32-35ft DE boat. Im enjoying all the information on this forum. My boat is put away for the winter but if you are looking for a one of kind piece of maritime history shoot me a PM and ill get you more info. This boat did 31kts in her day! 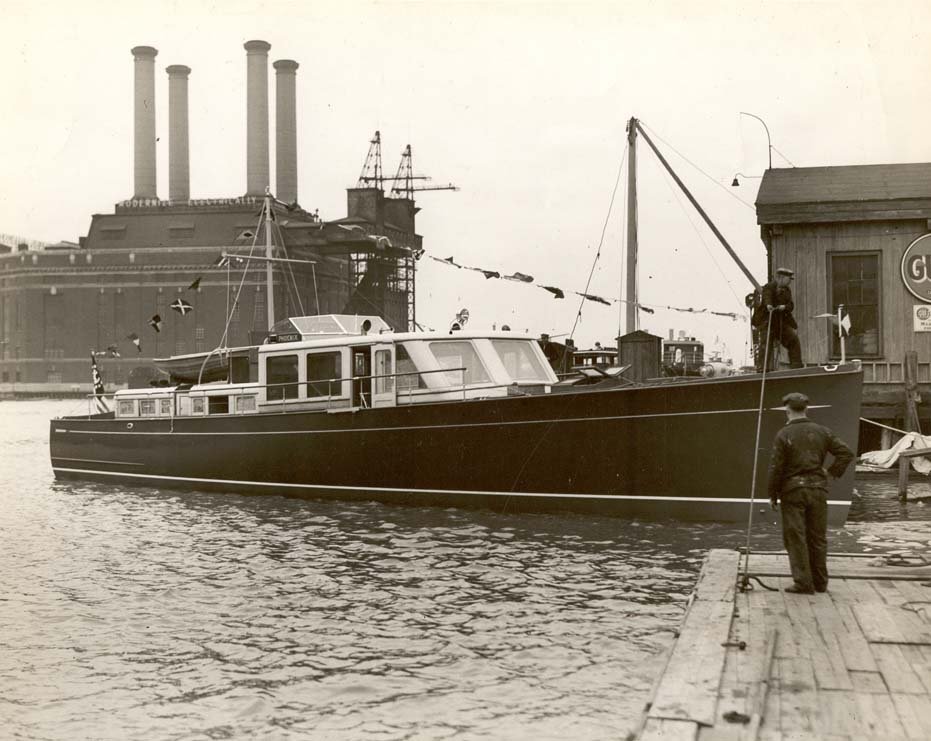 Nice ship dude.. Does it come with a trailer
P

Bill said:
Nice ship dude.. Does it come with a trailer
Click to expand... 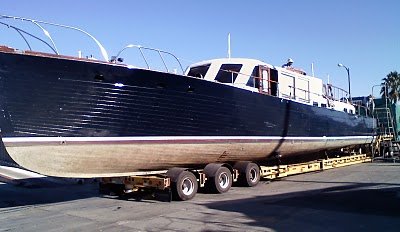 haha.. thats an interesting boat.. how long have you owned it? where do you keep it? would love to see some pics of the inside of that thing..
P

Ive owned it for 7 years and she has been mostly on the West Coast during that time. Just trucked her to Maine a year ago. 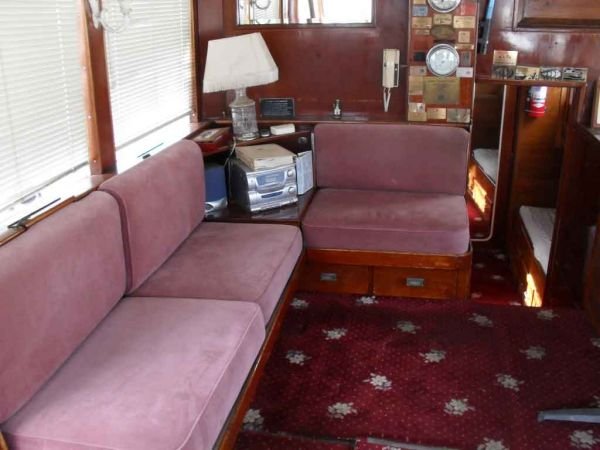 31 Knots for 1937, WOW! What is the history on it? Thing's a beaut! Where was it used as a commuter vessel and is it historic?
P

Thank you SS. During this time it was faster for people like Vanderbilt and JP Morgan to get from their Mansions on Long Island Sound to work by boat than by car or rail. The period between the two World Wars saw these boats get faster and faster and it become an ego thing. Ive heard that their times were actually posted on the Stock Tickers.

PHOENIX was built in 1937 for E.E.Dickinson (Dickinsons Witch Hazel) to commute from his home in CT to Wallstreet by the most prestigious yard of the day Consolidated Shipbuilding in New York. She has the further distinction of being designed by Sparkman and Stephens. Dickinson previously had a similar boat built but she burned to the keel the night before she was to be launched hence the name Phoenix because she rose from the ashes of that build.

Of the 6 or 7 remaining Commuters built by Consolidated she is the only one left in the world to have been designed by S&S making her as rare as they come.

Ive put a ton of time and money into her but some recent family tragedies force me to find her a new home. Looking for something smaller and easier to maintain to take the kids fishing. This is a picture of her sitting in the Royal River in Maine this summer. 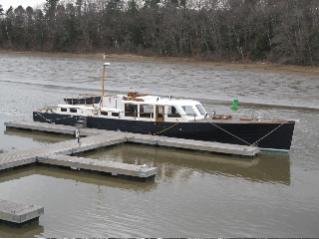 Starting to get warm up here. Anybody looking to trade their fishing boat for a classic? Please let me know. 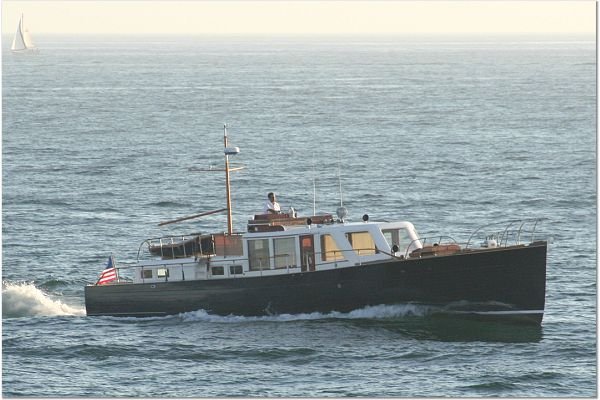 she still in boothbay? i went by it a 100 times this summer when you were keeping it over at samples (boothbay region shipyard)
Last edited: Mar 10, 2012
P

Raider Ronnie said:
@ 31 kts how many barrels of oil does it burn ?
Click to expand...

Ha I can only imagine it was alot.

That was back in the day when she had twin 500hp gas engines. She now has twin 671s that and will cruise at 13kts with top being closer to 17kts.

WoundUpMarine said:
she still in boothbay? i went by it a 100 times this summer when you were keeping it over at samples (boothbay region shipyard)
Click to expand...

No I brought her back down to Yarmouth for the winter.
P

F/V First Team said:
trade you a 34' Frost for it straight up right now
Click to expand...

What can you tell me about it?

It is a wooden boat whose hull was replanked a few years ago, 3 now I believe. She needs a new top and some paint. Originally had a 350 Buick which still is resting on her engine beds, but I do not know the condition of the running gear. Classic lines.
P

Thank you but Id be looking for a more modern glass boat. I should of clarified the last appraisal of this boat put her at $300k.. Id happily take a deal valued at half that in either a straight trade or combination of cash and trade.

Hey it was worth a shot
P

I dont blame you a bit... you do have a couple other nice boats we can talk about.