Building a new davit for a Electra Dyne hauler

I've been working with a local guy who fabricates/welds in steel and aluminum. I needed a davit the was somewhat compact and easily removeable to go on the small boats these guys around here call "ocean boats" but they never really go out in a ocean !! Its mounted on that box because i use it for a display demo at the outdoors shows i sell my gear at. Anyway here's a few pics of what we came up with and some of his other projects. Its made of sch 80 1-1/2" pipe with a nice gusset at the bend and a piece of flat plate for the gunnel mount and a piece of angle with a socket for the davit pipe to fit into on the deck. 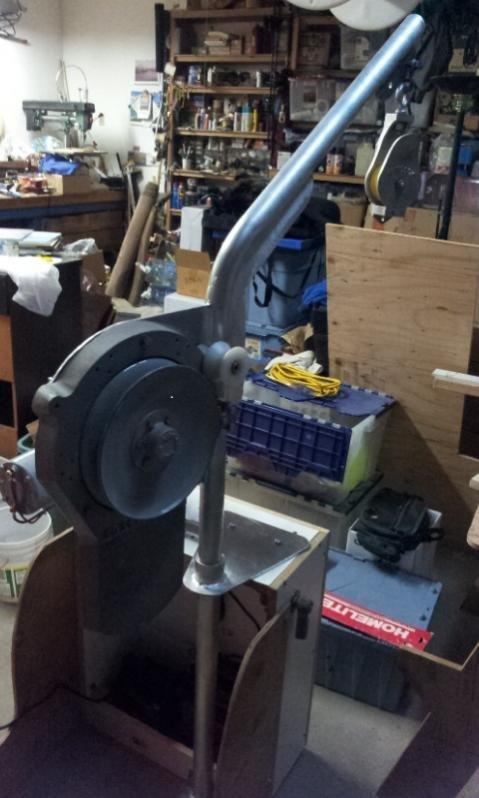 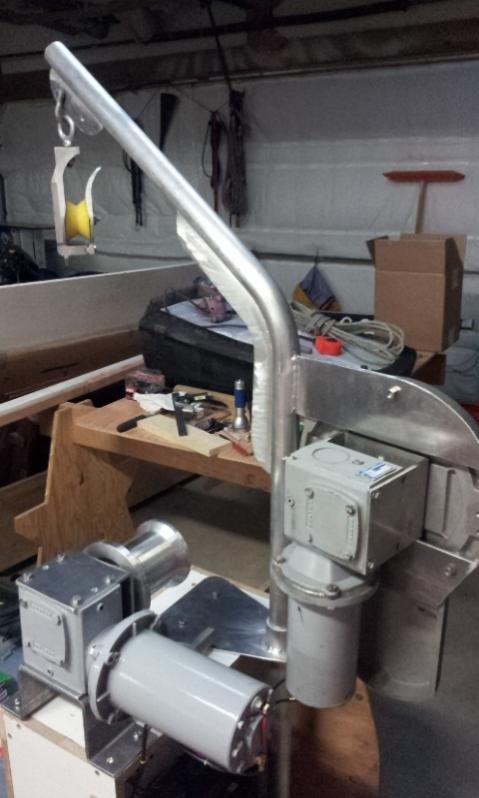 Send me some info on the skidder .
G

Steve , nice log arch.I have one similar to that I built out of a old gallust frame.I have a 3 inch scallop ring with a key hole welded to it so you can pull the chocker chain up tight for adjustment,this is where you have a shackle.I made up 3 chockers with a scallop ring on one end and reave it around the log and put the other end thru the key hole.I also have two keyholes on the top behind where the lift bar is for small logs that don't have to be lifted, basically just a slot cut in the plate for 1/4 inch chain,like in a boatstand..I have yarded out a pile of logs with that thing.Its amazing how well they work.I tow mine with a grizzly 450.I also have a triangle pipe in front of the tires,it makes a huge difference when in around trees and other logs.
Last edited: Mar 17, 2013
G

googinhater said:
Steve Tyler has that same setup on the pinwheel davit and hauler he loves it good luck with it looks great and I'm shore works great to
Click to expand...

His looks like the one that Electra Dyne sells, i use to have some of them, mine are built stronger and don't use a welded elbow for the bend. Mine are cheaper also !!
J

Steve
Is that for sale ? If so how much

Jhbw said:
Steve
Is that for sale ? If so how much
Click to expand...

steveinak said:
His looks like the one that Electra Dyne sells, i use to have some of them, mine are built stronger and don't use a welded elbow for the bend. Mine are cheaper also !!
Click to expand...

Steve Tyler had his made for him and no elbows on his all bent tube its a very slick setup if your not going to need it pop two wires off and pull out. Lol. Ezpeezy

Jhbw said:
Steve
Is that for sale ? If so how much
Click to expand...

Shipping the davit from here would be quite expensive, you'd be better off fabbing up the pieces yourself and taking it to a welding shop to have it squirted together, we use a local fence company to do the bends for us.

googinhater said:
Steve Tyler had his made for him and no elbows on his all bent tube its a very slick setup if your not going to need it pop two wires off and pull out. Lol. Ezpeezy
Click to expand...

OK i only have seen it on the show and thats for just a second or two.
P

Location
where ever the boat is tied up

I had a problem with Electra -dyne hualers years ago,couldn't keep brushes in them but I was haulin 4 ft. lobster traps on 50 fathom warps.I switched to the ones made in Rockland Maine,they are heavy duty & they have a nice SS backing plate.We have found a place to buy 2hp motors instead of the 3/4 & so far they will haul 300lbs. no problem.I did snap my pilot house off in the corner with an Electra dyne one time,I had the trailer rocked down & didn't know it while I was taking lobsters out of the main,when the house snapped it blew the window out cutting my nose on the haulin side & the forward window fell out as well.The sternman could only see from my waist down,the house was resting on my head!So much for putting a post on top of the pilot house that we connected the block to & the other problem divynacell is not that strong,yes I had a head ache for quite a few days.I wouldn't have anything but an electric hauler along with a 4 stroke outboard,life is good!
P

Location
where ever the boat is tied up

This is what I had on the old boat & my new one is similar. 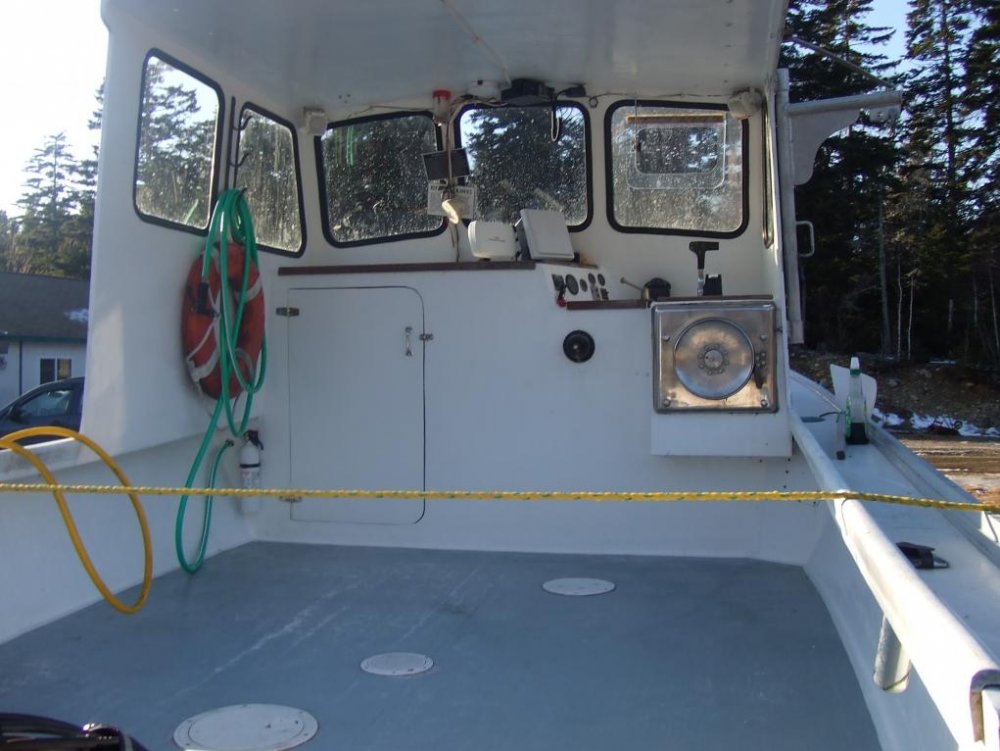