Now this is a snowblower

I bet that doesn't get old at all

LOL I would have thought he was a redneck !!

His neighbors must love it 1st thing in the morning after a storm.

F/V First Team said:
I bet that doesn't get old at all
Click to expand...

I just watched it 3 times. awesome

BOSBoatMan said:
I say it before and I'll say it again them beady eyed Canadians got snow removal figured out (South Park reference FYI)
Click to expand...

I can just picture the old locals up here in the frozen North if that guy lived here, they'd be shaking their heads and deciding whether or not to offer him a spare snow shovel!.

Out in the rural areas snow removal is accepted as an every day chore, we don't give a second thought to a snow storm dumping 3'+ of the white stuff, no sir..BUT in the cities it's a whole different story these days, they bitch and complain constantly, typical of city slickers the world over..a snow storm is just not....convenient!!!!.

BillD said:
His neighbors must love it 1st thing in the morning after a storm.
Click to expand...

Cause you know he's not out there at night doing the first bit so the next morning isnt so deep. Just drinking coffee and watching it snow with a smile. Needs bigger intake tho. Maybe start with a 9" ford rear end and go from there.

Steve I woulda figure you for this ?

jerseysportfisher said:
Steve I woulda figure you for this ?

My neighbor has one of those on a Cat skid steer, it works great only problem i have right now is NO SNOW !! 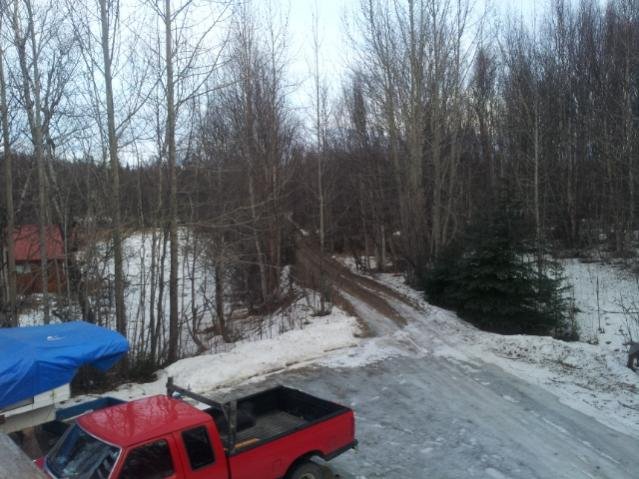 How is that a problem?

Here on Long island were about to get another 4-9 inches. This sucks the big one!!!