woodshop teacher said:
when I cut two fingers off, my friend Harold Burnham of Essex ma. gave me a copy of Lone Voyager. Blackburn lost all his digits and then sailed across the pond solo if I remember 3 times.
That was when men were men and fishermen were tough bastards
Click to expand...

Interesting you say that. I did something similar recently, when my friend, a life-long user of power tools, had a ghastly injury to his hand while using a wood splitter.

I too sent him a copy of Joseph Garland’s, LONE VOYAGER.

That said, I came back on this thread because of the 1940 26-foot Winchenbaugh over in the FOUND BOATS section raises the topic of boats by that Friendship, Maine builder.

Here is a photo of the Winchenbaugh shop, I believe taken in 1951. “Doc” Breed’s 38-foot JAGUAR is shown being launched. He had learned Bluefin Tiuna harpooning as a teenager on a smaller Winchenbaugh-built boat, the THETIS, out of Lane’s Cove, Gloucester, in the 1930s.

This was his first fishing boat, ordered after establishing a private medical practice and having served in the U. S. Navy as a combat physician in the Pacific Theatre in World War II.

She was powered with a 3-71 G. M. diesel, which according to some would have contributed to its being a very sneaky boat. Supposedly there is something about in-line engines with an odd number of cylinders that makes them run exceptionally smoothly.

Only a nine-knot boat, but he slayed Giant Bluefin Tuna by harpoon with that rig. 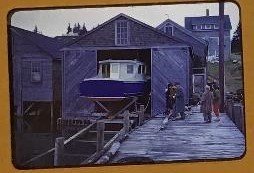 The Christmas Cove man with the 600lb. BFT, did he fish alone,or 2 men? And did he row in with the BFT behind him? Talk about the Old man and the Sea.
P 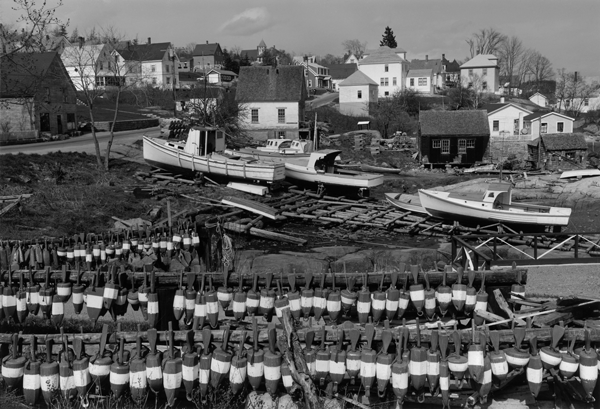 I miss those days !!.Spring time for sure with all those freshly painted buoys.

Some of the older Downeast Lobster boats were only rigged with what some called a "Bristol hauler", that is, no davit; just yank the trap aboard by hand after it breaks the surface by way of the rail-mounted "winch-head".

I own the Sea Fever…not sure what I’m doing with her…open too offers she currently has not power or fuel tanks. Gd shape …lots of potential…I may rehab her in my sencond life after I get done w the other 6 projects I have goin. 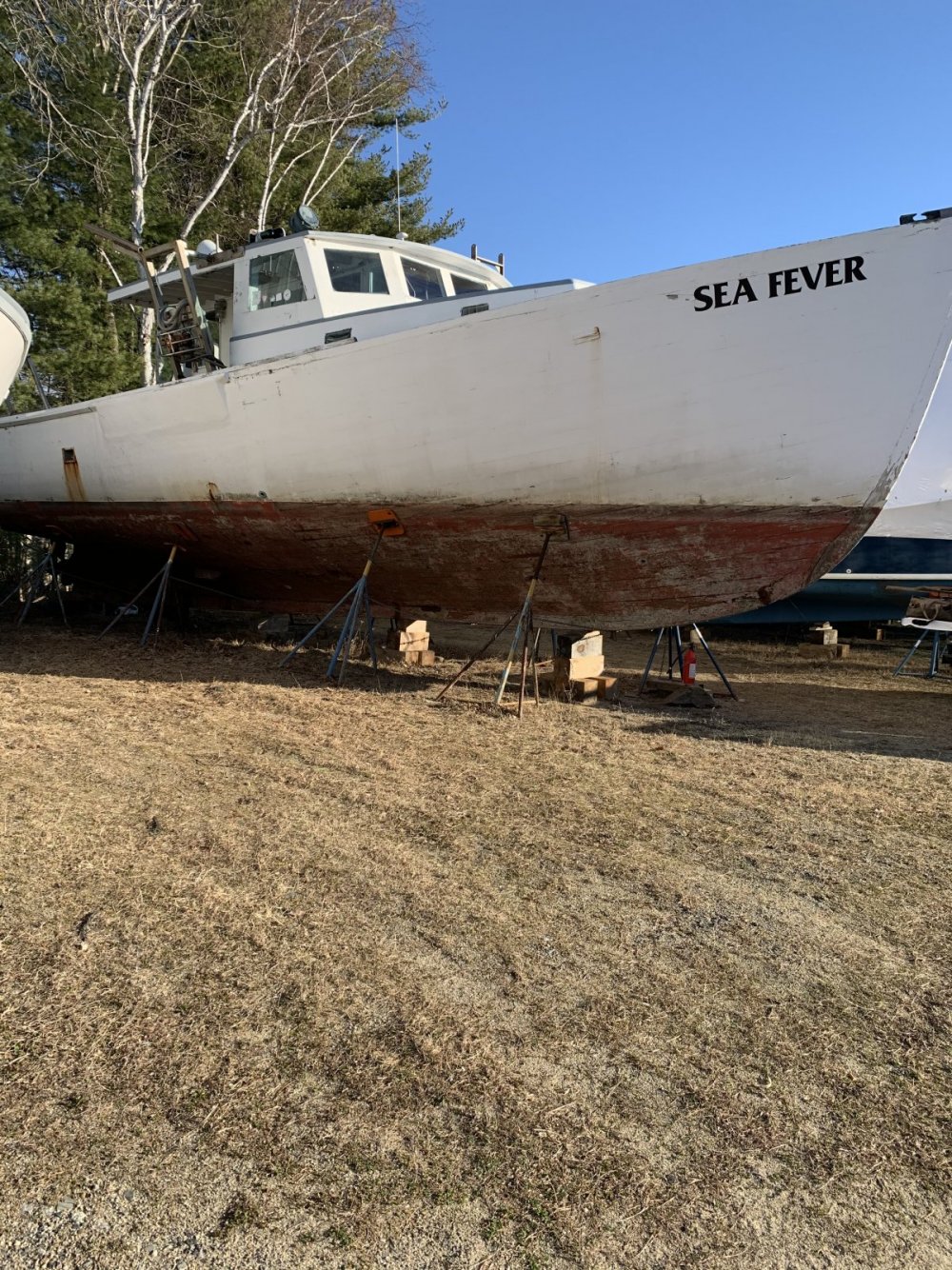 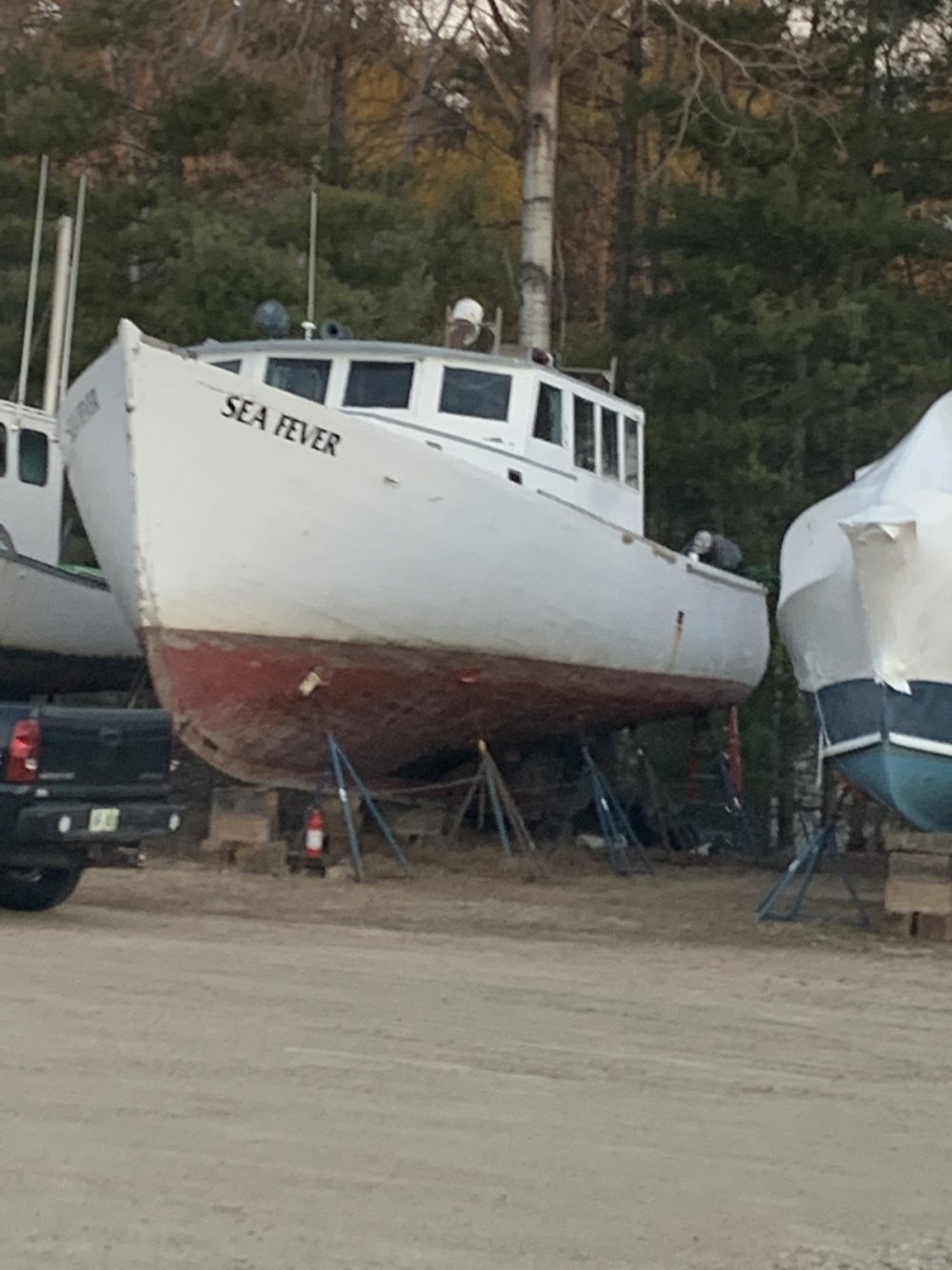 That boat is huge!

Now there is a boat with some history, if you remember or want to research the "Honour Brown Storm" of November 1980.

Interesting background before launch, too. An over-sized Downeast Lobster boat designed by Aage Nielsen, a famous sailing yacht designer, reportedly drawing it for his son-in-law, the boat owner.

Wow, pretty cool story. Thanks for sharing the info. Life was more interesting when forecasts were not as accurate. Occasionally they have blunders today, but it is nothing like the 80’s and earlier!
P 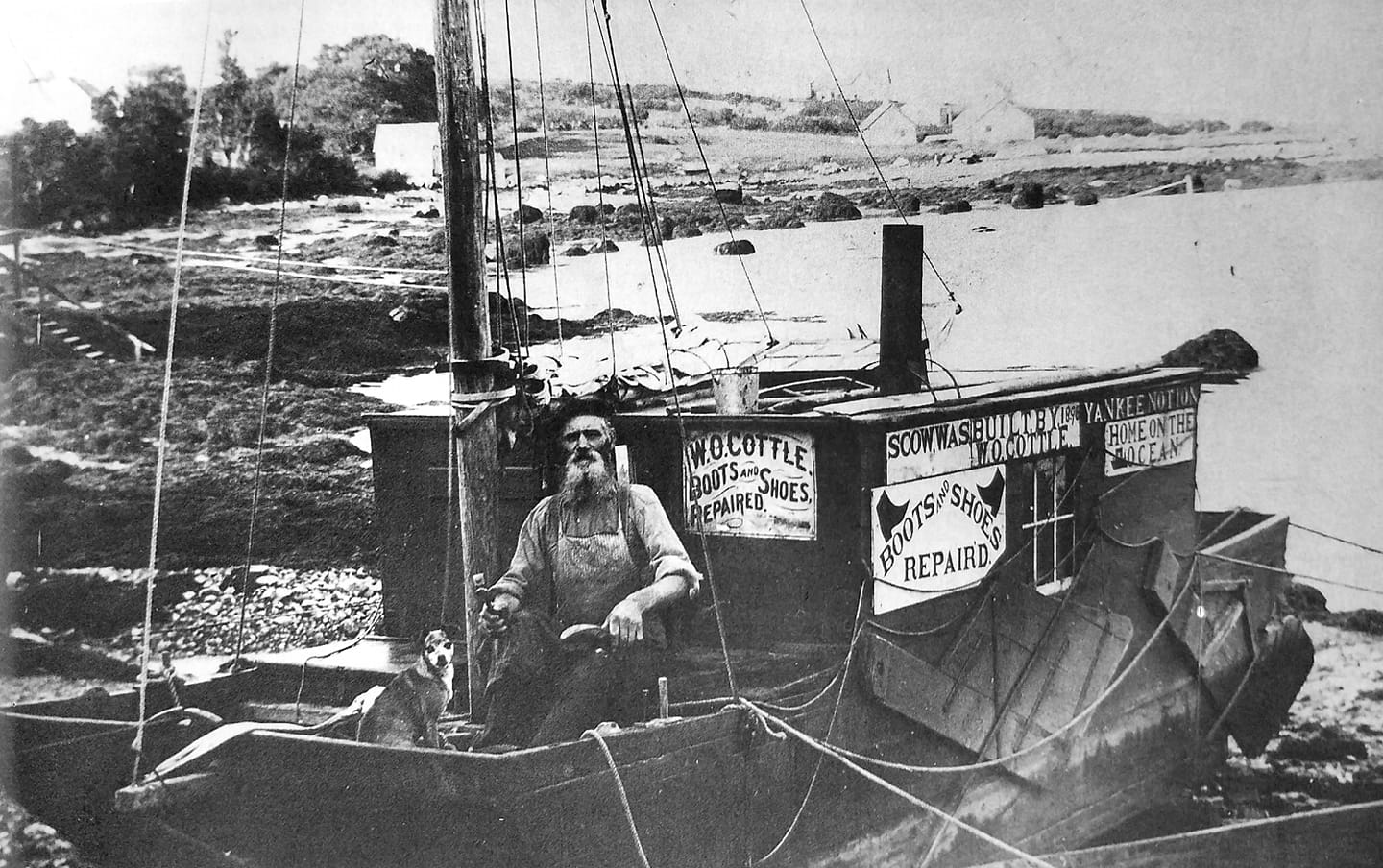 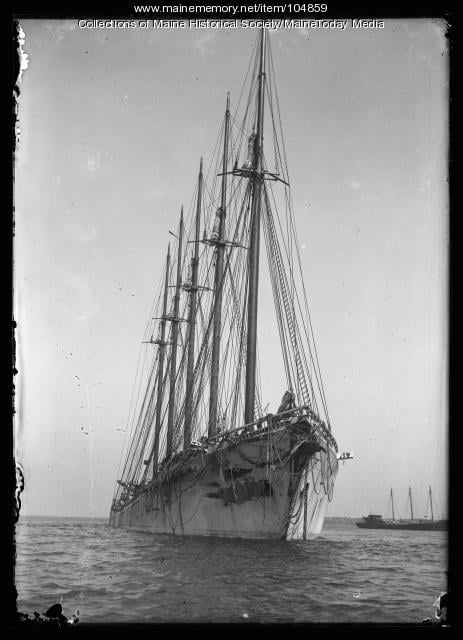 Built in Waldoboro in 1904 - the Schooner Harwood Palmer pictured here in 1930.
Large schooners like these were primarily used to transport coal from Virginia to cities in New England. The boat was constructed in Waldoboro in 1904, but was later hit by a German U-boat during World War I. The crew was saved but the ship eventually sank over seas in Europe. 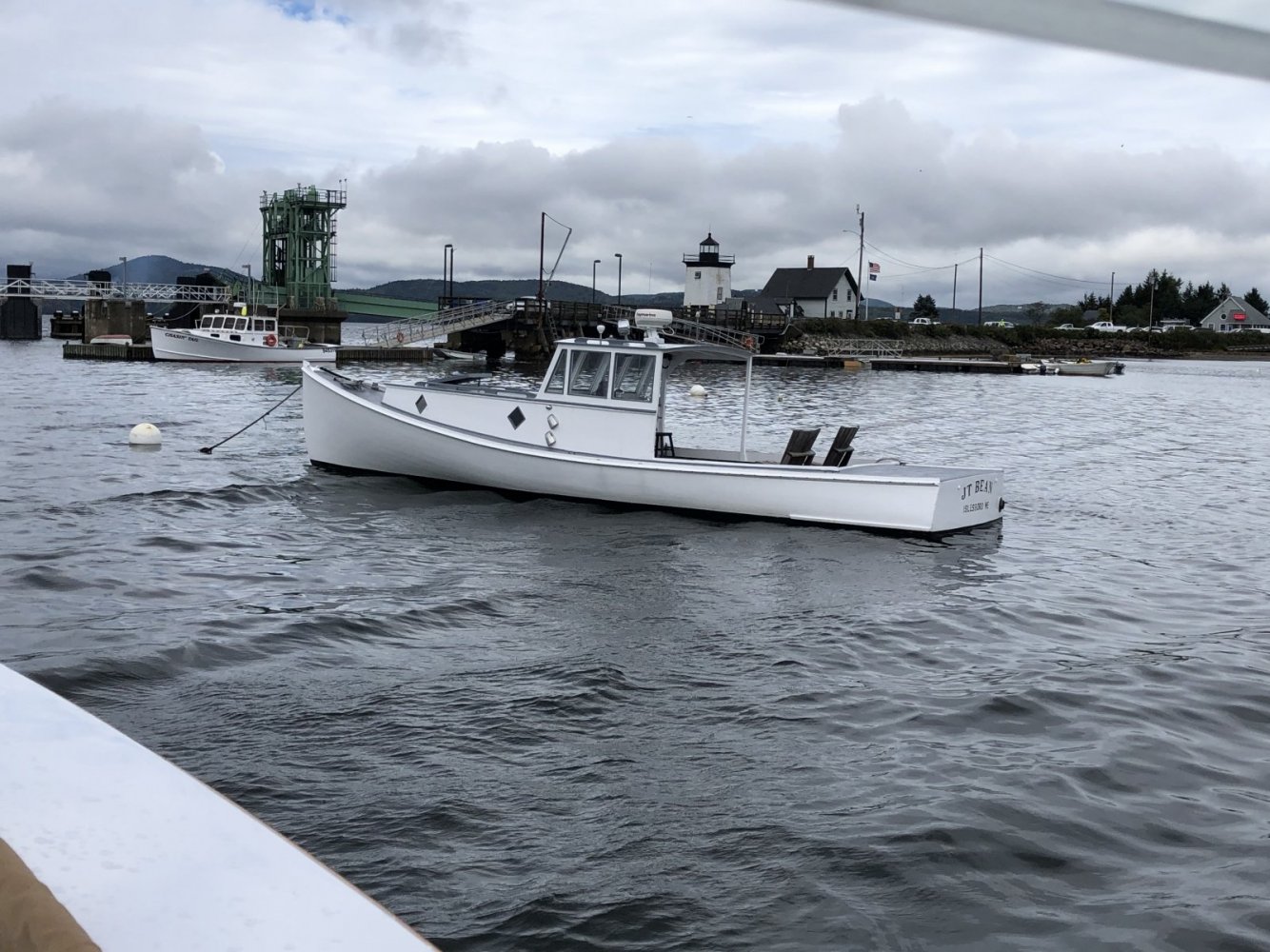 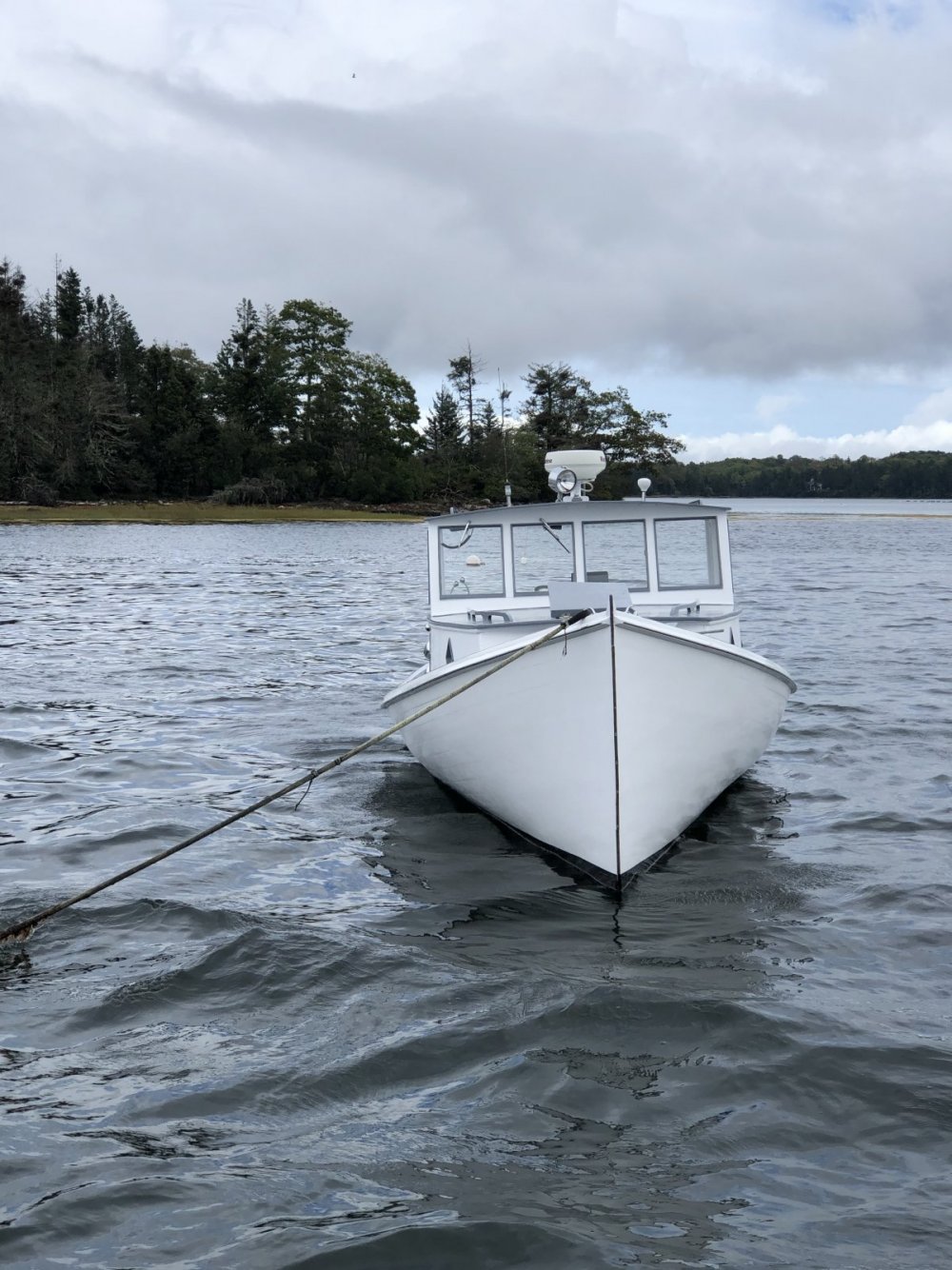 Passing through Ileseboro (corrected from N. Haven) end of last season, and had to take a couple shots of her. Appreciate seeing classic lobster boats that are taken good care of.
Last edited: May 5, 2022

I love this thread. Last pic is Isleboro I believe.

gettes said:
I love this thread. Last pic is Isleboro I believe.
Click to expand...

Yes, you are correct,…and I will edit To Ileseboro. Thanks.

Now THERE's a Downeast in the older Jonesporter/Beals Island style!

No geeky spray rails on her. 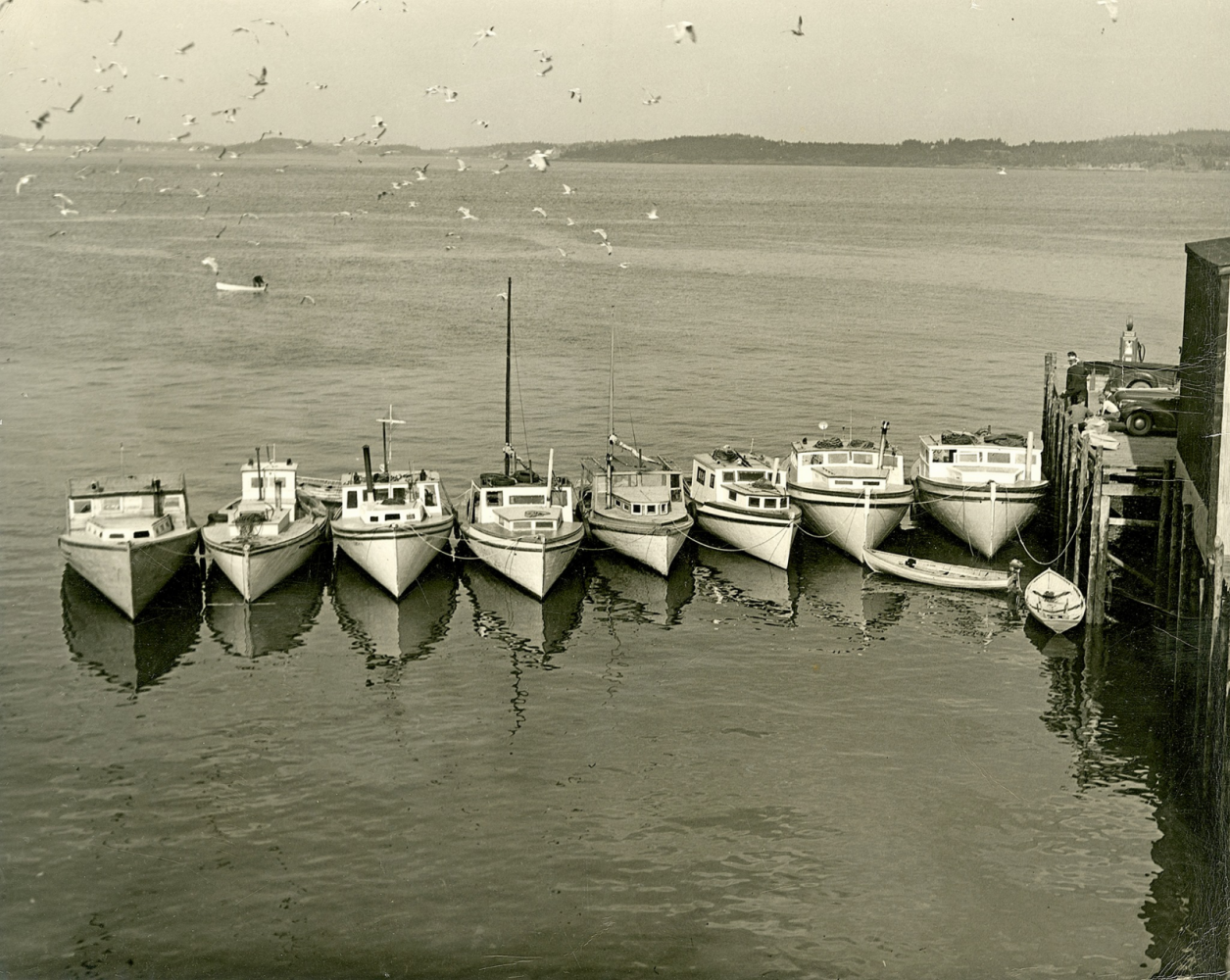 RAFTED TOGETHER! Photo from our collections that shows eight fishing boats rafted together next to a wharf in this region. Photo is the work of photographer, Cecil Greenlaw, and dates to about 1950.

Penzance Point said:
The Christmas Cove man with the 600lb. BFT, did he fish alone,or 2 men? And did he row in with the BFT behind him? Talk about the Old man and the Sea.
Click to expand...

When I saw that tuna and fisherman I wondered how the hell he got that whale on board his rowboat without capsizing?

Fiberglass mold made from a wooodie 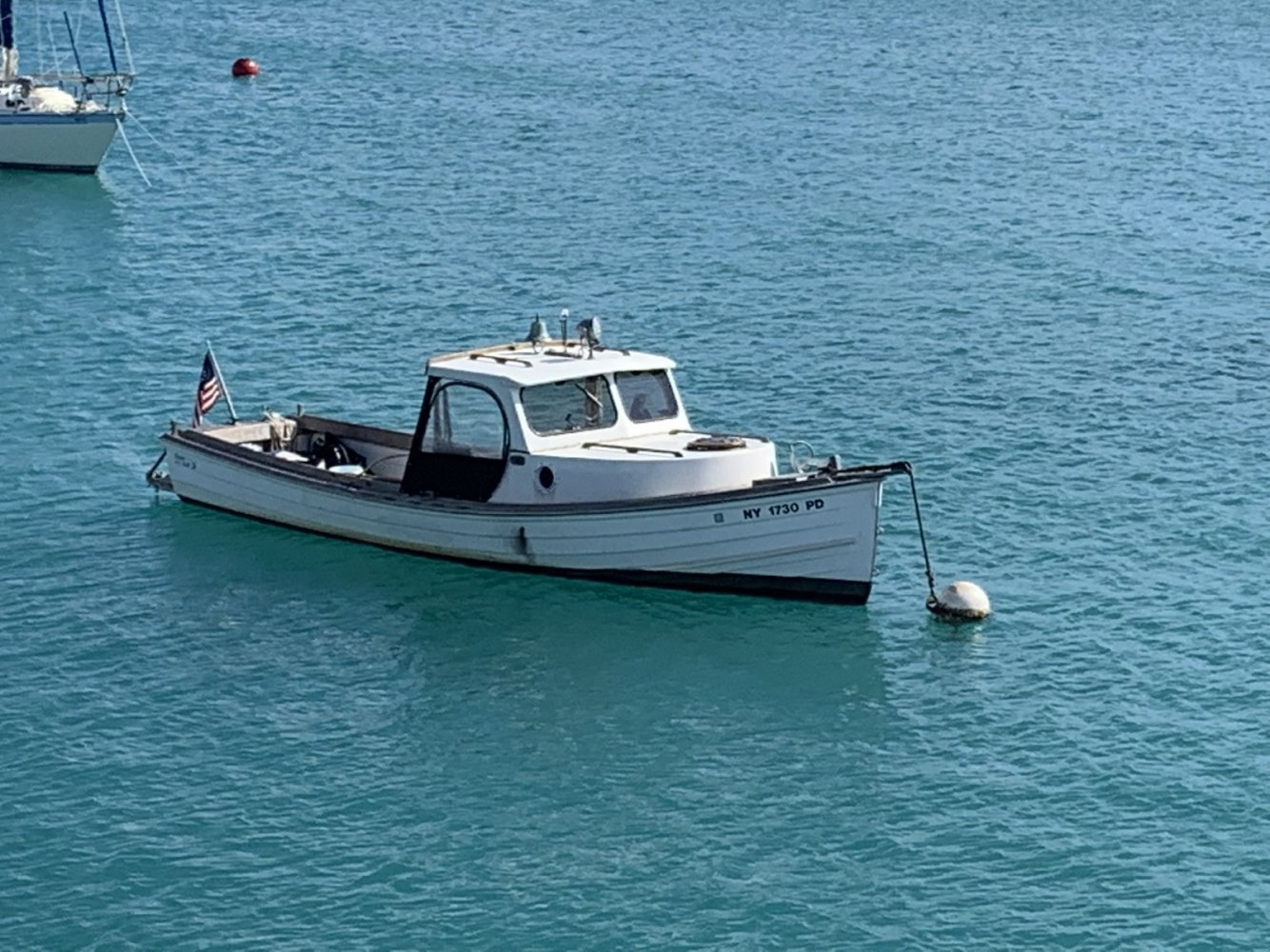 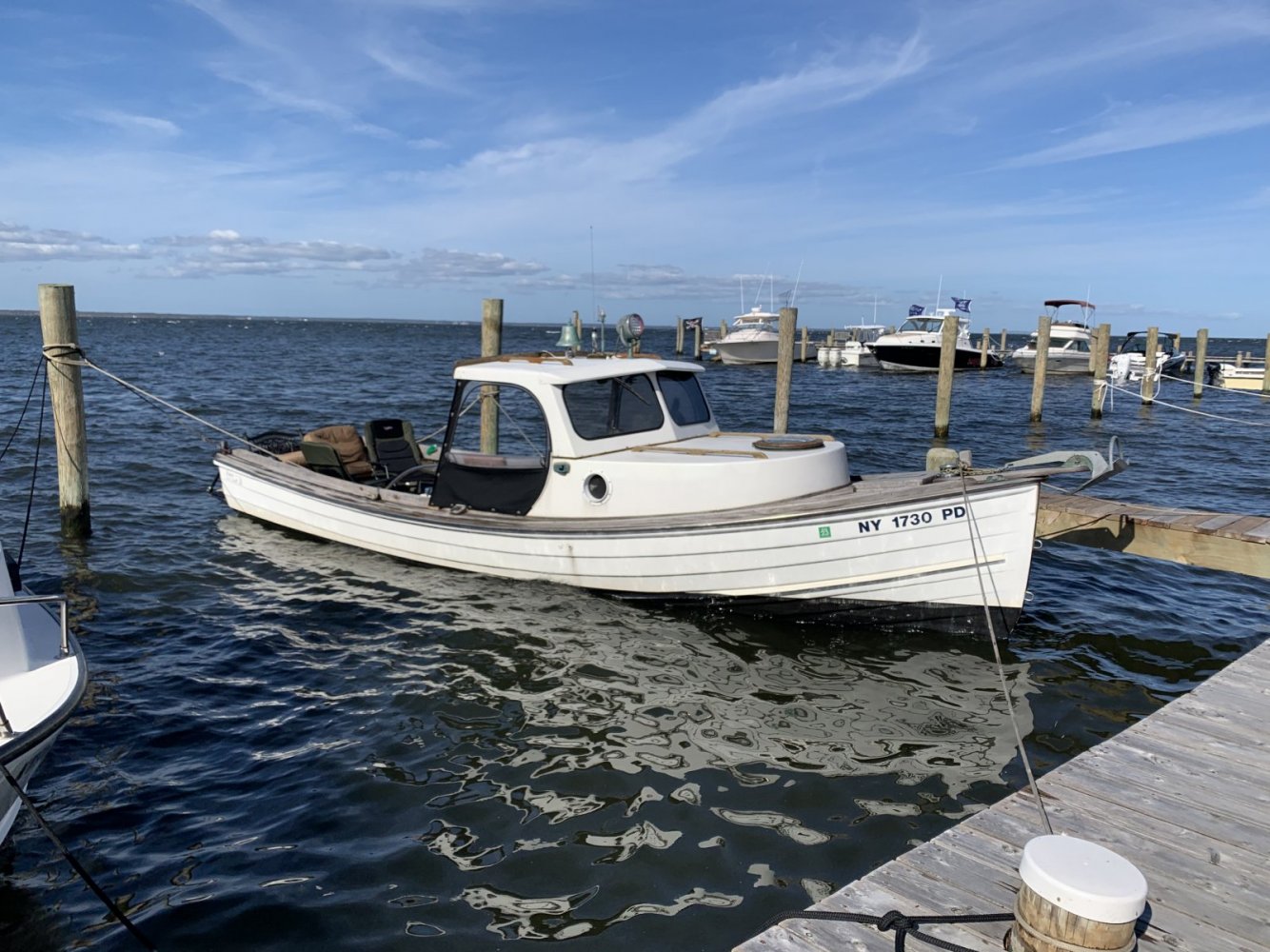 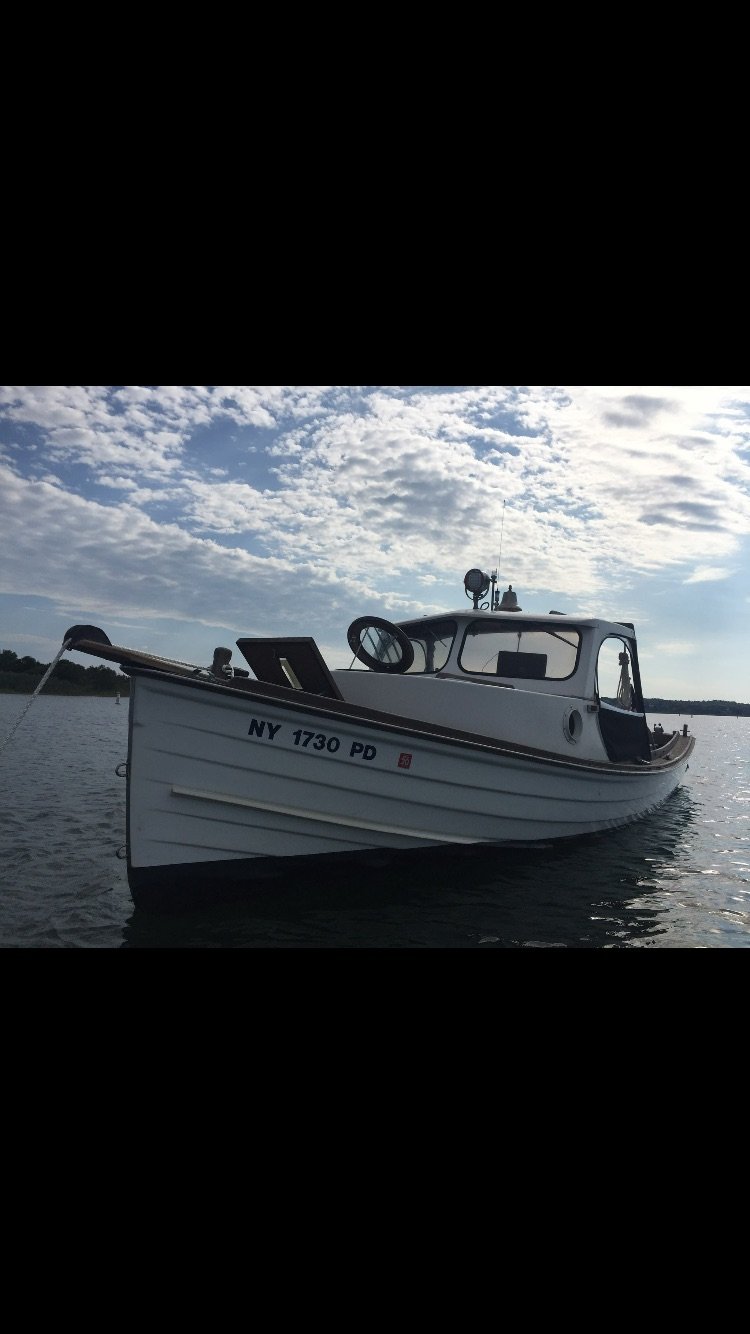 Any idea of location, boat name, or owner? There are legible numbers for a good investigator.

Is it a staged photo? He's not really hauling pots; his punt is alongside.