Looking to add a radar reflector to the boat and as I typically do I look at what the commercial guys use. I see that many of them use the diamond shaped ones mounted on a mast or antenna. I see similar ones mounted on boats on this page as well. For those of you that have them have you done any informal testing and do you have any tips on purchasing and mounting? Thanks.

Think he's taking about highflyer reflectors. Yeah they work well enough to find gillnet/longline gear in the soup. Mount one up high and you're pretty visible on a radar screen.

Documented commercial fishing vessels operating outside the boundary line are required to have them by law unless the rigging provides a radar signature at a distance of 6 miles.
G

Mr. Hardy is correct, the diamond shaped reflectors on high flyers. Thanks.
G

Brainey , Through the years I have had a few reflectors on various boats. I made this one 15 or so years ago and it has worked out fine. It is scrap 1/8 " aluminum and 12" dia. very easy and quite effective. some of the tests I made were when I gave my boat to my mate to bring out while I was on the dragger. visibility was about 1/8 mile that day. At 6 miles my boat had no signal without the reflector mounted. (It was just laying in the cockpit). That was with a Sitex 6 KW with 4" open array. (on the dragger).

When I called and told him to hold my reflector up as high as he could we instantly got a great blip right where he was. I had him do this several times to confirm that was him. At that point I was convinced that it worked good and wouldn't be without one again. As you can see I have it tied with Dart line because I have lost a couple when the mounts have snapped. 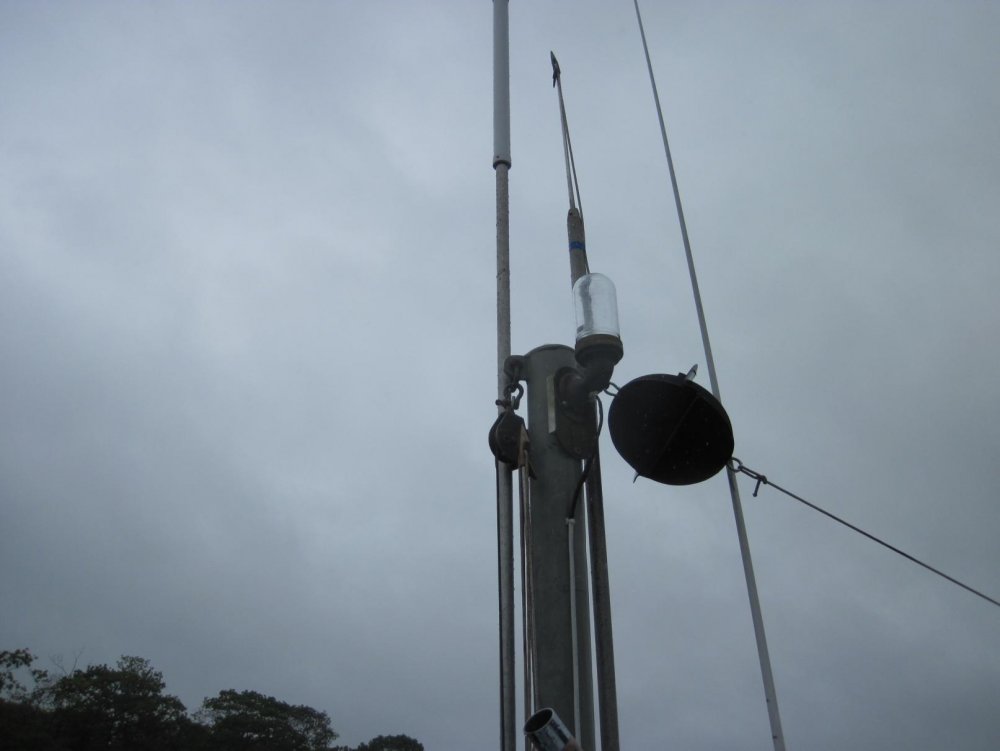