I have been seeing a bunch of the older seaway 26' hard chine lobster boats come up for sale. Some are I/O, bracketed outboards and inboards. Can anyone chime in about who designed this boat and general thoughts?
thanks
A

jojobee said:
I have been seeing a bunch of the older seaway 26' hard chine lobster boats come up for sale. Some are I/O, bracketed outboards and inboards. Can anyone chime in about who designed this boat and general thoughts?
thanks
Click to expand...

Jojo.. I randomly shot this pic this weekend of a 26 seaway.. is this the one you were talking about?.. I talked to the guy while I was passing.. he had an old 88 johnson on a bracket.. said the thing did about 18kts which is pretty good considering the length of the boat and the HP/ year of the engine.. not sure who designed or built them but i think these boats are classics.[attachment=0:qkv6bui9]photo.JPG[/attachment:qkv6bui9] 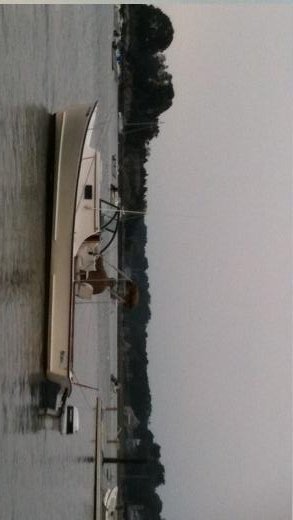 I know Harry Farmer of seaway built them. To me they had a JC/royal lowell thing happening with the hard chine. I never read anything that suggested Royal was involved. I really like the inboard version with lobster top.

Oh this guy right here is what you are talking about ... 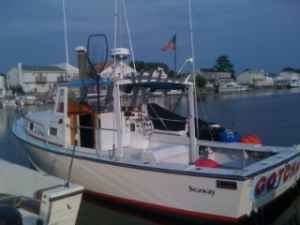 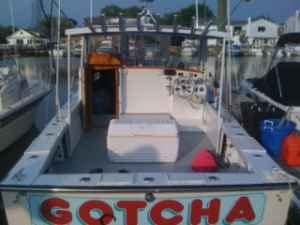 As the broker of the boat I can tell you that this boat was re-designed by the current owner . . . Everything has been redone, West Systems Deck, '06 Crusader, She is a great boat for the $!
J

The boat looks great. The lobster top can make or break the lines of a lobster boat. This one is perfectly simple.

jojobee said:
I have been seeing a bunch of the older seaway 26' hard chine lobster boats come up for sale. Some are I/O, bracketed outboards and inboards. Can anyone chime in about who designed this boat and general thoughts?
thanks
Click to expand...


Jojo.. did you see this 26 Seaway in CT? not a bad deal and sharp looking house on it.. 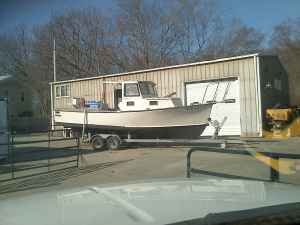 Hi Guys new on here but really enjoying the info. My dad has a 26 seaway that he has had since new in 84. We tuna fish the boat pretty hard and have pretty much had to do everything to it over the years but it is a great boat for us and sits like a rock on the drift or anchor.

The boat started off with a bracketed outboard but that has since been removed and the transom cut to have the outboard mounted straight to the stern. We have done new decks, stringers, and fuel tanks.

Best modification we have done was to extend the keel on a gradual rise to the transom. This eliminated virtually all of the following sea nightmares that come standard on the 26 hull.

One of the biggest things to check on these hulls if you are looking at an outboard is the transom. First off the transom is only 2 layers of 3/4 plywood and harry said from the beginning that if someone was considering a large outboard that they would need to do knee brackets for support. In '84 two stroke outboards were considerably lighter so todays four strokes are a concern. Also, the stern gunnels tend to separate slightly allowing for water intrusion and the pvc scuppers also leak. They need to be sealed on a regular occasion. A new transom is in our near future but we really do like the boat. Holds a 1000 deck load of tuna without an issue.
T

Forgot to mention that I enjoy the ride enough that I bought a 19' for short money and am doing a total rebuild over the winter. I think it will ride better than my 17 whaler!
Last edited: Oct 10, 2011
E

Welcome aboard Tunascapes! I'd love to see photos of your dad's 26' Seaway with the new keel. Please include what you did. Hope to see a full documented build on this site of the 19' Seaway this spring. Good luck!
T

I will get some pics for you. We will be in the water for another month or so but soon as I get a shot I will put them up.

Tunascapes.. would love to see the pictures of that seaway, especially if you have some of that keel job..
T

I finally have had some time to get some pics together. I do not have any of the keel, we will be out of the water in a few weeks so I can get some then.

I actually think the boat will be up for sale in the very near future. It is a really tough decision because we love the boat and it does everything we need, but my old man is not a spring chicken anymore and is starting to complain that he wants some more comfort. We have our eye on an upgrade now, so if there is any interest out there let me know I will get you some specifics. 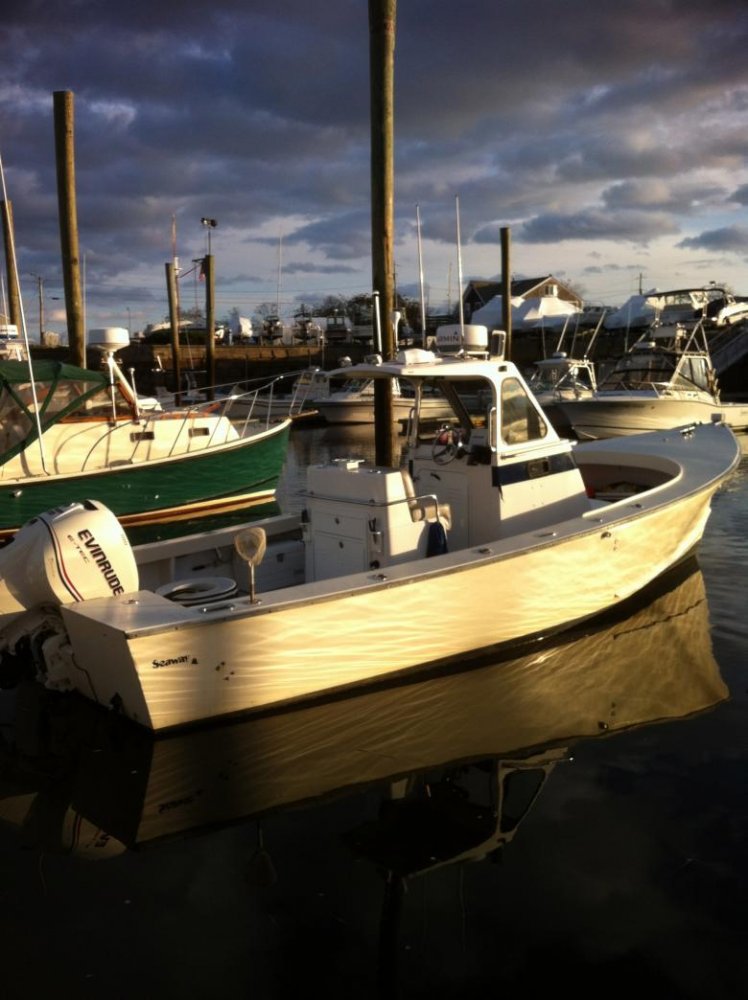 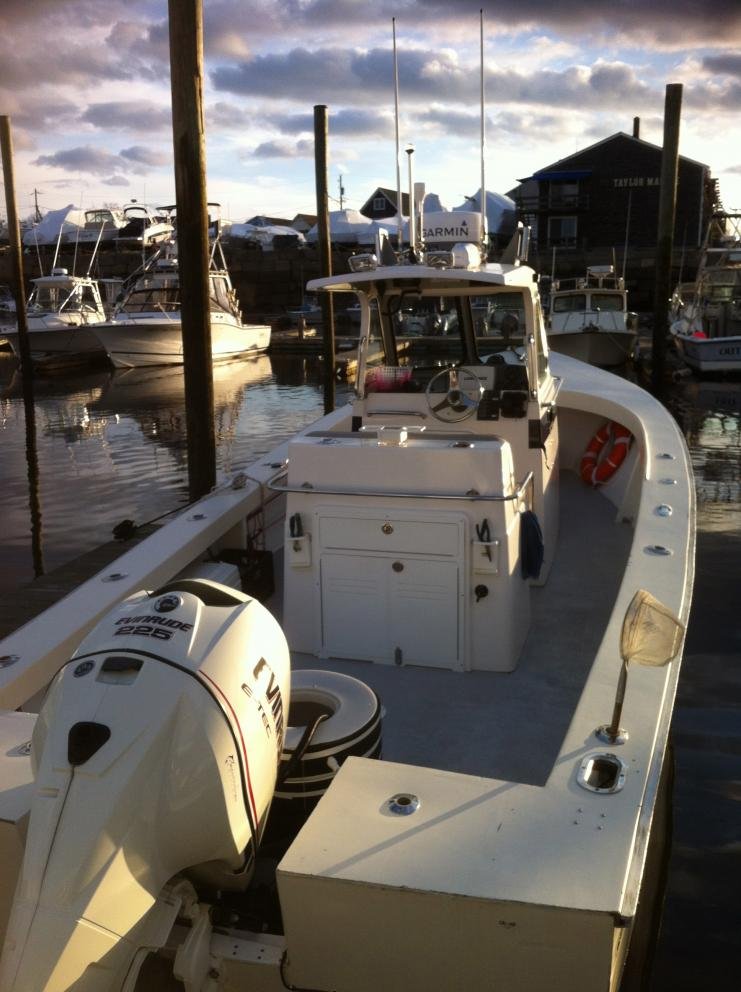 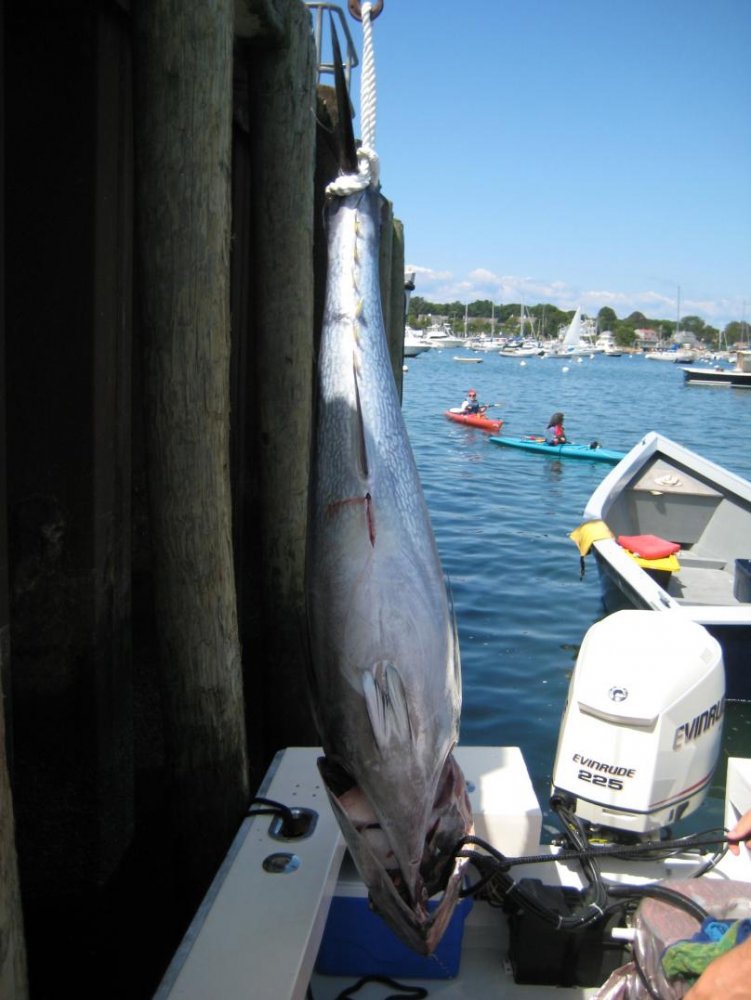 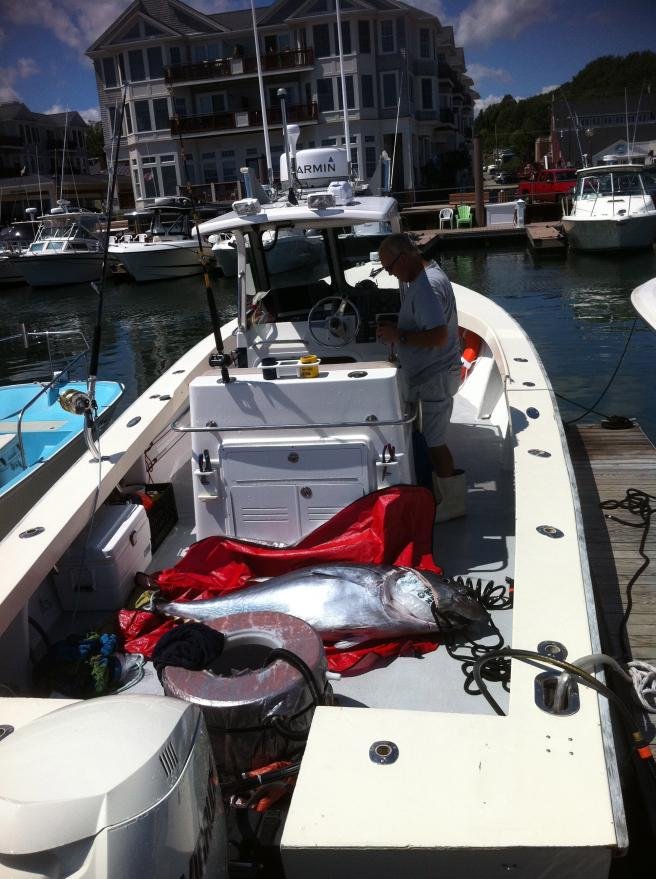 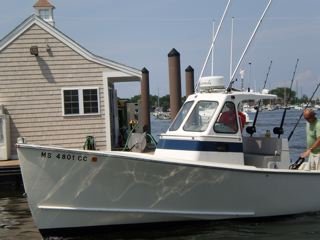 is that console off a maritime skiff?
T

Yes it is. The console and leaning post are both from maritime. I used to work them doing final assemblies back in the day.
E

Very interesting set up. I like it but it doesn't look like the 26' Seaway that I had in mind. It is a handsome boat none the less.

Tunascapes,i have a buddy who just sold a 35 Duffy and wants to get something to bottom fish in...what would you ask....i will pass the info along.....thanks Mike
T

Hi Mike. This whole thing is really in the early stages but I think we would be asking low to mid 20's. I will be able to get a little more specific a little later. Hull is a 1984. The entire boat was rebuild 2006-2007. The console and leaning post were added at that time. There is a new, at that time, single center 110 gallon aluminim tank, new deck with grey durabak rubberized coating for nonskid, all new wiring with tinned wire, lenco trim tabs with led switch, (2009) garmin 4210 with all the newest upgrades for a gps and radar, (2010) lowrance HDS 7 for a sounder and backup gps, marine stereo with its own dedicated digital antenna, motor is a 2008 envinrude 225 etec (hours are somewhere between 3 and 400, we could plug it in to get them), potra potti in the console, 2 group 31 optima blue tops with a blue seas vsr switch setup for house and starting power, and I know more that I am forgetting.
You must log in or register to reply here.
Share:
Facebook Twitter Reddit Pinterest Tumblr WhatsApp Email Share Link