As you all have heard, the damage to Long Island, New Jersey and surrounding areas is immense. As a FDNY member for over 22 years, except for a few other times in my career, not too much shocks me. Now I am stunned beyond words. The reason I posted this in the for sale section is the thievery and looting going on around here. Boats as well as houses are being stripped CLEAN. Generators are being stolen while running and the list goes on and on. Be very careful of that "good deal". Boats that washed away are being found days later bare. Marinas are being entered and everything including gas has been taken. My boat survived as did many of my friends only to find it robbed later. Now with this storm, the situation gets worse.
C

Scum bags is my first thought...my second is to catch one of em, and personally speaking,I assure you they would not steal again!

That pisses me off. About 10 years ago my buddy came out of the bar to find a guy under the dash of his car on the driver side, stealing his stereo with his legs out on the ground. He opened and shut the car door as hard as could until the police showed up.

Sometimes these guys need that kind of lesson.

so far we've been lucky and only had to deal with two fools trying to siphon what they thought was gas from a diesel boat on the hard. we have IP cameras set up, and the head of the ESU keeps his boat here, so these two fools got some 'special treatment' when 3 cruisers and an ESU truck showed up with 8 very tired, exhausted, and irritible cops showed up. it was all recorded on the DVR, but Sarge had us delete the good parts. all i'll say is that pepper spray AND a tazer will make the human body do some funny moves.

You don't see that side of Sandy's aftermath reported in the news. I helped my best friend who's house was flooded in Oakdale last week. It was starting to get a little "tense" when I left to come home on Sunday. My buddy was a Marine, a former SCPD cop, and now a Nassau County DA.

When I was there, he was concealing a Seacamp 32 ACP.

He said things are getting worse, and has since upgraded to carrying his Glock 27. 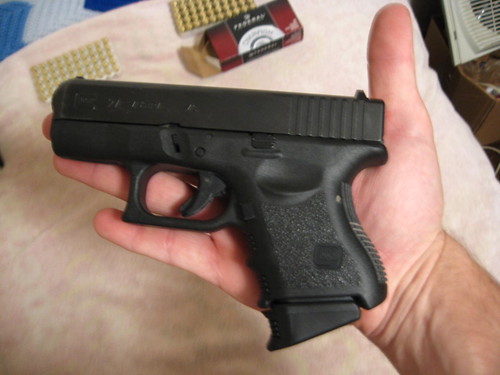 Let's just say I would want to be the skell that tries to take his generator.

Keep safe down there!

First thing I did after the storm was holster my sidearm.

Luckily things didn't get bad in my neck of the woods.

How bad is it there on Long Island?

My wife is from the Bay shore area so she knows the area.

I was going to have her drop me off there this weekend to run a boat back to Cape Cod from there.

I know the area has national gaurds at the tops of the streets, heard the curfew.

I was going to take the ferry, have her drop us off then have her drive back to the ferry all during daylight. On the way back it will just be her and our 4yo daughter... Reading this makes me a little worried about that plan...

Shawn, the CG has labelled FI inlet as non-navigatable. on top of that the amount of Debris in the water is nuts....floating docks, poles, etc...

Funny but I heard that as well. That "non-navigable" stood prior to the storm correct? Which tells me is going to stay like that until it is correct by dredging or natural event.

I called USCG LI Sector today and asked them about any closures effecting me moving a boat out of the Great South Bay, to Fire Island Inlet up to Montauk.

Killing me, because I'm just trying to get a boat out of there since a few days prior to the storm.

Any words of advice would be great.
R

I have only been on a short ride after the storm. There was too much debris to risk any other trips. The inlet can be tricky. Most guys don't follow channel and go out the west side.
Whole hoses were washed into the bay including docks and everything else. A bent prop now would be a crusher to change. Most yards got wrecked as well. Good luck.

See its funny because the majority of the posts on the noreast say they didnt see much debris...

I was just going to go at this slow ahead...

Its like this... I own this boat down there, no one is there to take care of it, I know no one there and not like a yard is going to do work for someone new out of state etc.

I wouldn't be afraid to have your family here. The pd and national guard have the risky areas pretty well patrolled. We work down there all night without any issues. Take it slow through the bay and you will be fine. I stopped on rm bridge yesterday to take a look and difn't see anything floating. When going your the inlet go around the 6 can and stay west of the next green. The shallow water is east of the green. After that go right for the red, the rest of the area is rough but deep. My friend went out yest and had 12ft the entire time. The guy you bought from has 2 boats, maybe he will let you follow him out the inlet? I hear he has a nice Searay in his pool also?.

When I get her to be mine, there will be some story's to tell...

Yes, there is a really big toy in his pool...

What is the distance from FI Inlet to Montauk... about 60-70 miles? Tried to measure it here but couldnt get it done...

67 if I remember correctly but I could be off. It's an enjoyable ride on a nice day, bring a spinner and diamond jig there should be plenty of bass moving down the beach. 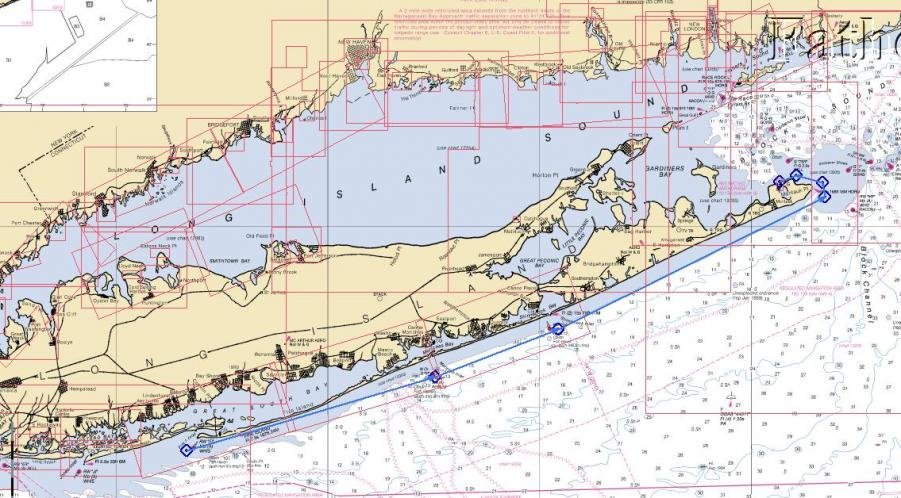 I'd like to throw some rods in the car, but to much crap in it already...

Game plan is overnight in Montauk, then up to Cape Cod and Monday tuna fishing...