Didn't know where else to put this except maybe the comm section. Feel free to move it about.

Ok, so I see LOTS of reports of tilefishing going on at the hudson and southern canyons. It seems to be a staple when the tuna aren't cooperating.

But what about the northern canyons? I've found some NOAA research where they did test trawls around atlantis, so the fish are there.

Does anyone target them?

On one trip out, one of my crew brought some electric reels and we tried a couple of test drops at the tails, but all they brought up were dogfish. I let him pick the spot, and it's not where I would have set up to try it, so I'm not sure it really counts.

Anyway, just looking for some evidence they are there and can be caught. Dragging dogfish up from 450-800 feet is not my idea of a fun day.....
P

Plenty of tile fish in the hole between Alvin and Atlantis.

That's pretty much where they did the test trawls.

Thanks. I'll give it a try next time I'm there.
P

I haven't lobstered there in quite a while but there was usually a bottom longline boat working there. Can't remember what time of year it was but we used to get a handful in the traps every once in a while.
B

Bill Erbe said:
I have caught Golden tiles in the fish tails, from 480 to 600 feet
Click to expand...


There's tuna there now, several EYES caught in the gillnets

There is an eddy spinning its way towards the hudson/southern canyons. It should turn on the bft bite and may be worth checking out.

The yellow blob in the image below has circulation to it. It is drawing shelf water down the east side (bright blue band). It also looks like it is banding in warmer stream water to the south.

It doesn't look like it will hit the northern canyons, but may hit the hudson. 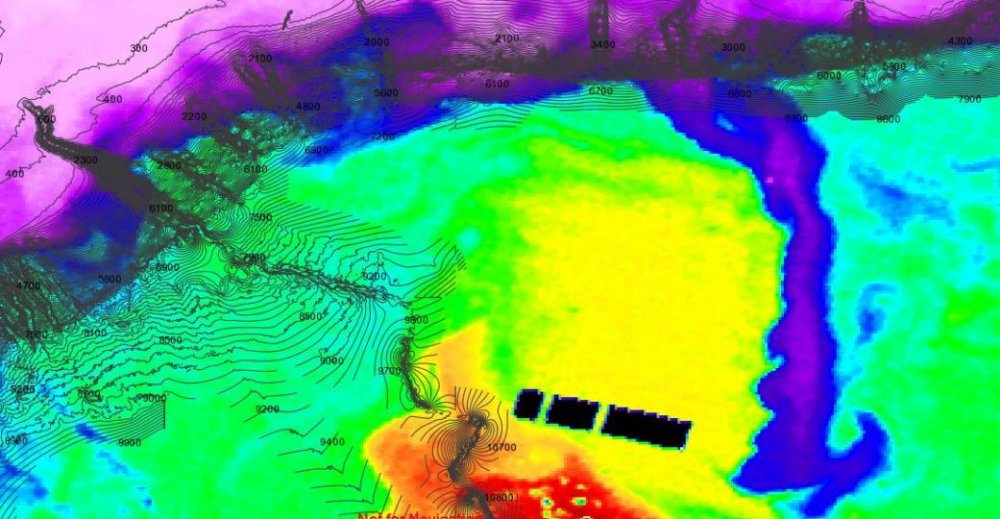