So last night it finally happened. Just inside pollock rip channel picked up a dragger net. Spent two hours trying to cut out what I could and certainly wasn't going in the water. The dogfish around the net were insane as well as other life. Tried to cycle engine back and forth with no luck. Talked to a couple friends who could get me in the morning. So called up in my charter/commercial towing insurance. Spent a hour come to find out the guy is sick. The next harbor over does not want to come out. Then tow service called a local private company and no go for them either. Now floating around for three hours. Uscg got involved issued a broadcast for assistence. Another hour or so. Then finally sent out to tow me. Once they decided to tow me very quick and professional bunch of people. Of course their policy is tow me closest harbor

So now here I sit in a "foreign" harbor waiting for a diver to call me back. Lets just say I'm not making friends here in the meantime.


So what plans do you guys have for when things go south? Lets say a failure at the canyon when others may not be around.

Figure I'd take onboard everything to not posses a hazard to others now
Still waiting to get rest out of prop and figure out how to get rid of net!

When I get fouled I just uncover and reach down the tube and cut away. . That one happens to be a piece of steel well casing , I put in a St Pierre Dory. I have put them in Glass boats also. finest kind to keep you our of the water at 50 degrees at 03:00. 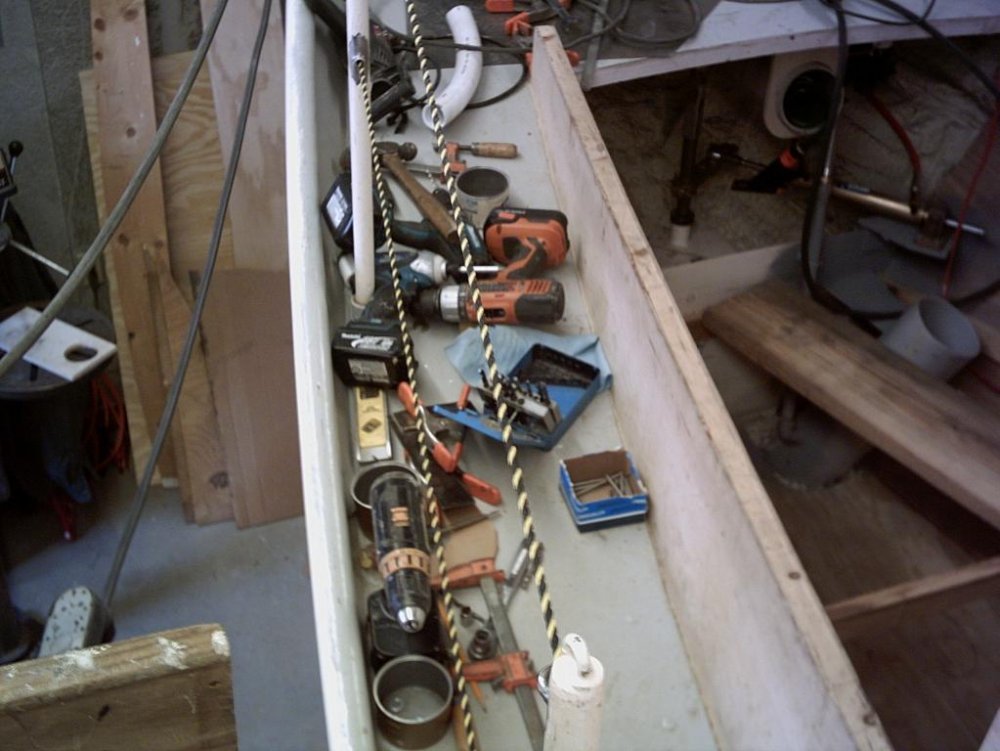 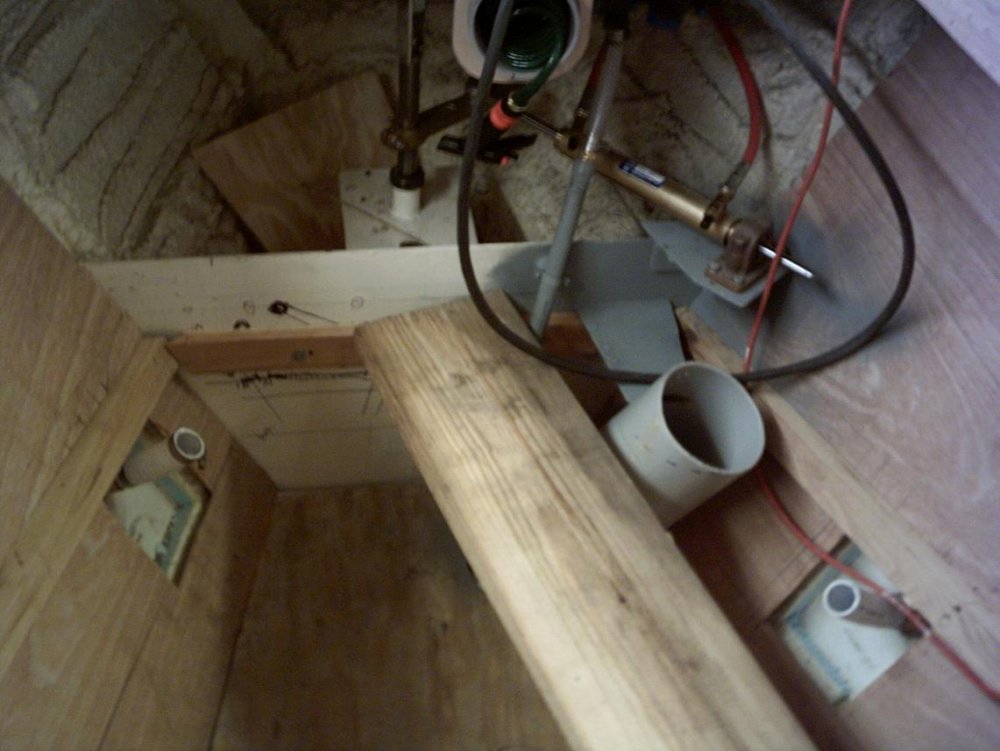 Bad luck man. I'm guessing you're laying over in Chatham then, probably at the fish pier?

There's a guy at the Harwich Harbormaster's office who dives, not sure what his situation is however (i.e. is he "out for hire" or does it have to be official town business or whatever). If the guy you're waiting on doesn't work out you might call over there....

That stinks! If it happened in the canyon I'm thinking someone's going swimming Would like to hear if anyone has had seatow or towboat come out to get them at the edge. My guess is no...
T

Very good topic. I am not sure what you mean by calling your marine commercial insurance. Is that same as calling A towing company like Tow boat or Sea Tow?
H

Old Mud said:
When I get fouled I just uncover and reach down the tube and cut away. . That one happens to be a piece of steel well casing , I put in a St Pierre Dory. I have put them in Glass boats also. finest kind to keep you our of the water at 50 degrees at 03:00.
Click to expand...

So whats the best design for a clean ? Round tube... square tube.. square tube with a taper? Should in be accessible from the cockpit deck or below a hatch? How tightly does it need to be sealed?

hmscapecod said:
So whats the best design for a clean ? Round tube... square tube.. square tube with a taper? Should in be accessible from the cockpit deck or below a hatch? How tightly does it need to be sealed?
Click to expand...

I have Seatow and know they will come as far as Nomans or the Hooter for me - after that I am on my own. Sea Tow will provide 5K of commercial tow coverage which probably would get a boat out of New Bedford half way to me.

I am prepared to lay to with a Sea Anchor and have wet suit, snorkel, flippers and Spare Air on board for simple stuff. I would not go in or put anyone in the water in any sort of seas or current such as Pollack Rip.

I had felt pretty good about my ability to deal with wrapping a line till I saw the mess on your desk! Lot of stuff piles up in Pollack Rip and at the bas eof the Hooter...

Last night no one wanted to come out and it was a perfect night. Also keep a broad horizon as I could have waited for daylight and had a friend jump in. What about those times when it's not that simple and its a total no go.

Last night boat us was going to pay for a commercial tow because there end of the service was kept up. They couldn't get anyone to pay their rate.

a sat phone, or a giant vhf antenna, and a good network of friends..the ones that WILL drop what there doin and come get ya.. not the ones that SAY they will.
I also keep a cheap wetsuit, a pony #30 tank with a regulator, and an old bike helmet in the boat..(from experience)

Good idea on the helmet.

Is it the foam kind? Wondering if it would float your head up uncomfortably.

Keep a pony tank, regulator, mask, fins, snorkel, and weight belt onboard. But the most important thing is a really heavy duty serrated knife. That poly rope can melt around the prop and shaft. A heavy duty serrated knife can usually cut through it. Be careful going in without a tank, you get tangled up, or a stray hook caught in the net grabs you, and it could be all over. The tank gives you the time you need to get out.

captjohn said:
Keep a pony tank, regulator, mask, fins, snorkel, and weight belt onboard. But the most important thing is a really heavy duty serrated knife. That poly rope can melt around the prop and shaft. A heavy duty serrated knife can usually cut through it. Be careful going in without a tank, you get tangled up, or a stray hook caught in the net grabs you, and it could be all over. The tank gives you the time you need to get out.
Click to expand...

Spent about 3 hrs sawing off a melted donut of poly line once with a hack saw blade (no saw just the blade...) and I think a good pair of large vise grips to hold the donut, mine was the spinning type, and a hand saw for wood would be better. A cross cut saw if I had the choice. Teeth really cut and clear the material rather than a knife that might just try to cut a groove.

Sucks ass any way you look at it. Air tank would have been so nice. Water was about 70 tho so it was fine.

Do Spurs hold any weight in the commercial fishing world? Would they help with a net like that?
Last edited: Oct 18, 2013
B

We all missed tht. I have been in twice in the dark over the years and a waterproof headlamp that stays put is really important. It's bad enough trying to not drop the knife!

Finally wrapped up the saga, well sort of. Also got a call from USCG Providence to complete a 2692 for loss of propulsion on a commercial vessel, AWESOME considering I've taken ships around the world and been sailing over 12 years and never had one. Now I got my first one on my own freaking boat, lovely.

I really want to add a clean out port above the prop, but have to cut my fuel tank back which is a huge job but man, got two things fouled in the prop this year. Sure you can dive over but between the risk of hurting someone and how easy the solution is if you are doing the work yourself I really think its something I need to do as it will happen again, its a gamble...

So if your in the area, lol... I was put in touch with Brendan Adams at Nautilus Commercial Diving 774 216 1081. Worked out great, got down there quickly and took care of it. Did get to grab some cheap fuel too while I was there...

would a prop cage ruin your cruise speed? a lot less time for an install than a tube..
the spurs work when they work..like on a high flyer tag line.. that net you had, not so sure..
I agree on the hacksaw also, when that poly heats up, your right... you get a plastic donut !

A different twist on having to be towed

Mid summer this year a dock neighbor who does a lot of offshore fishing sells his Grady White and buys a 29 Blackfin sportfisher with twin Yanmar 4LHA 240s and the boat has three (3) fuel tanks with manifold off/on levers.

The boat is "new" to him. 3rd or 4th trip out he takes the boat to upper Jeffrey's Ledge out of Newburyport about 40 miles offshore. He has 5 buddies on board.

Gets out there, trolls around for a few hours, engines "quit". He changes over to a full tank and starts "messing" with the fuel levers and gets all messed up on which tank is feeding the engines and what tank fuel return is going to.

Add running the engines dry and having to purge air "if" he could figure out the fuel lever manifold....well he's screwed.

Calls BoatUs tow out of Newburyport. 6 hours later he's back @ the dock by tow line and carried 2 full tanks of fuel on the trip.

This guy is not new to offshore runs but was new to twin diesels and multiple tanks.

30 minute lesson from the local Yanmar mechanic and the engines were up and running @ the dock.

Quite the embarrassing "learning curve".

Tow was 1200 and change....covered by BoatUs tow insurance.

Shawn call H&H or Pen Bay Boats one or the other installed the clean out on my rig and can help you design one for your boat. Maybe you could make a rectangular shaped clean out to get around your fuel tank, make yourself up a curved pole to attach a knife or hacksaw to be able to reach down and cut away whatever gets wound up. I used to have a heavy duty knife/spear head, sharp on 2 sides, on my bowpicker to cut nets out of the duoprops and it came in very handy for cutting sharks out of the nets, it just bolted on to the back of my boat pole. If you want some pictures of the clean out on my boat just say so. 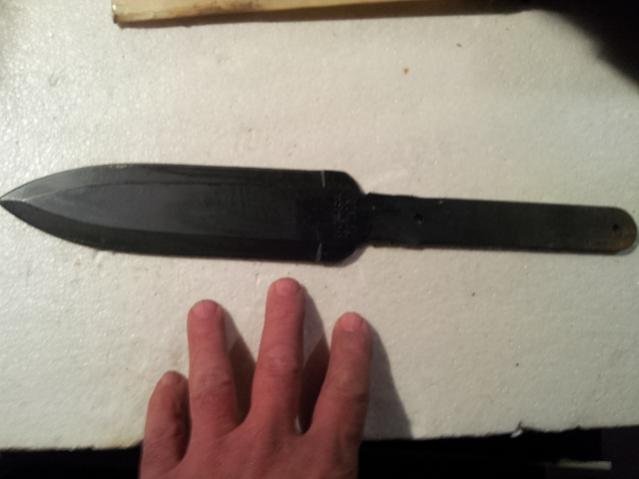 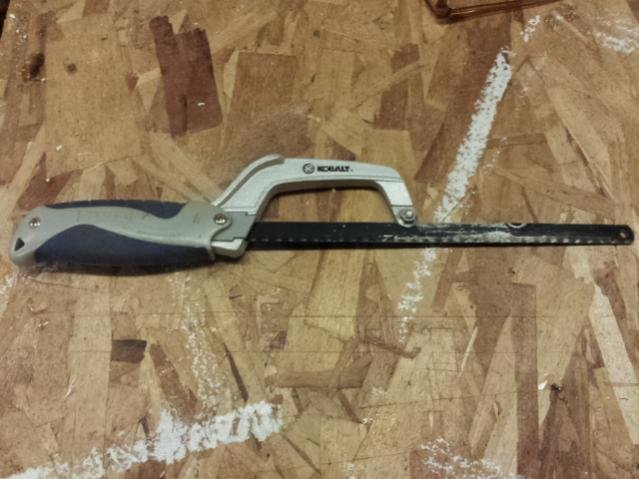