Waiting on some resin to kick I did some mock up of my plan for transom controls.
Waiting on delivery of a Simrad jog control lever for my auto pilot, will be mounted the the left of the Morse controls. 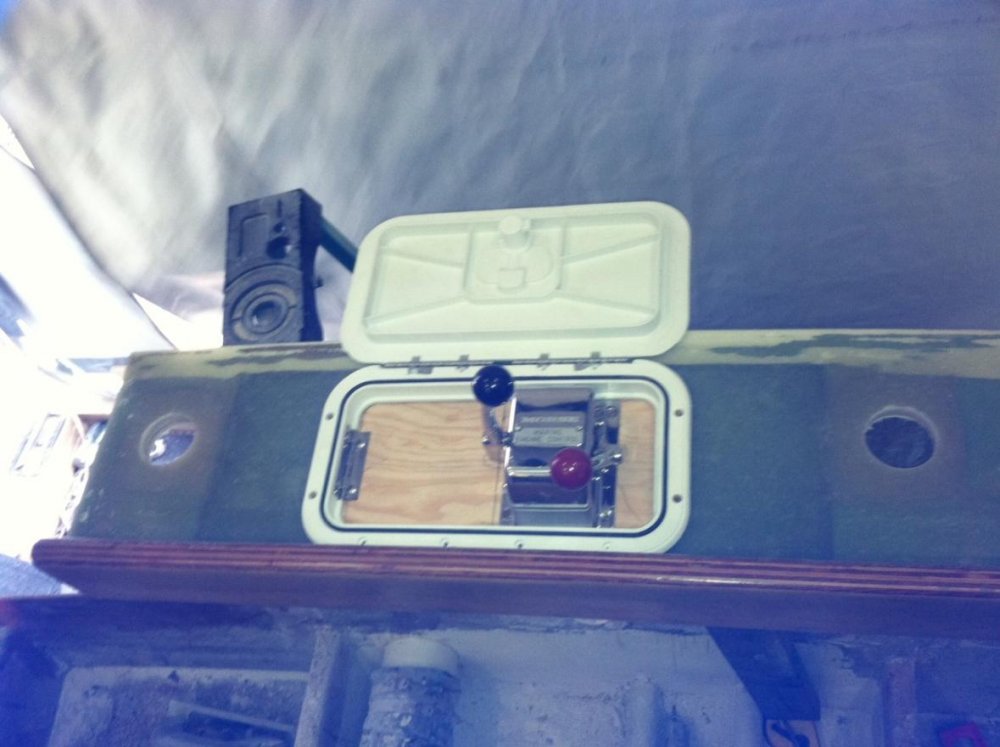 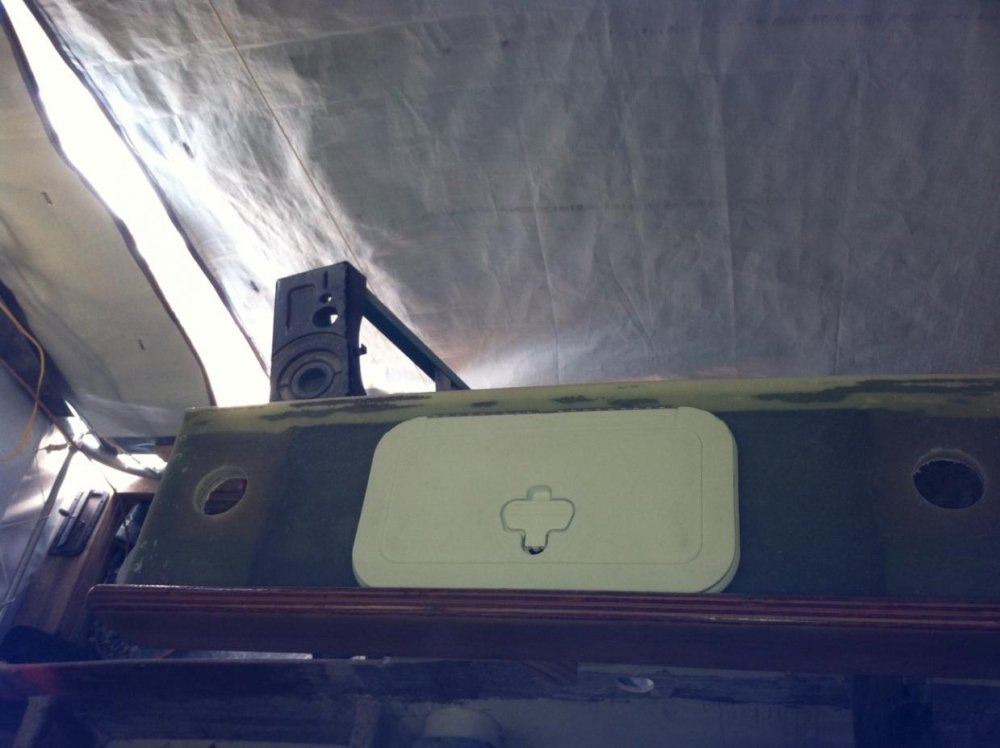 That is very nice, is it just hinged or do you have a trick up your sleeve?
B

Looking good Ronnie. So when you mount the jog stick which way are you going to mount it? Move it to the left transom (or bow) goes left or opposite thinking like a rudder?

twister said:
That is very nice, is it just hinged or do you have a trick up your sleeve?
Click to expand...

A simple piano hinge.
The plywood is just to mock it up and make sure knobs clear lid. Will make from a scrap piece of Coosa from deck.
Will come up some kind of latch to lock in up position, will glass stops to transom and the inside of air box (to be made up after deck goes back down) so Morse knobs are just below lid when it's closed. 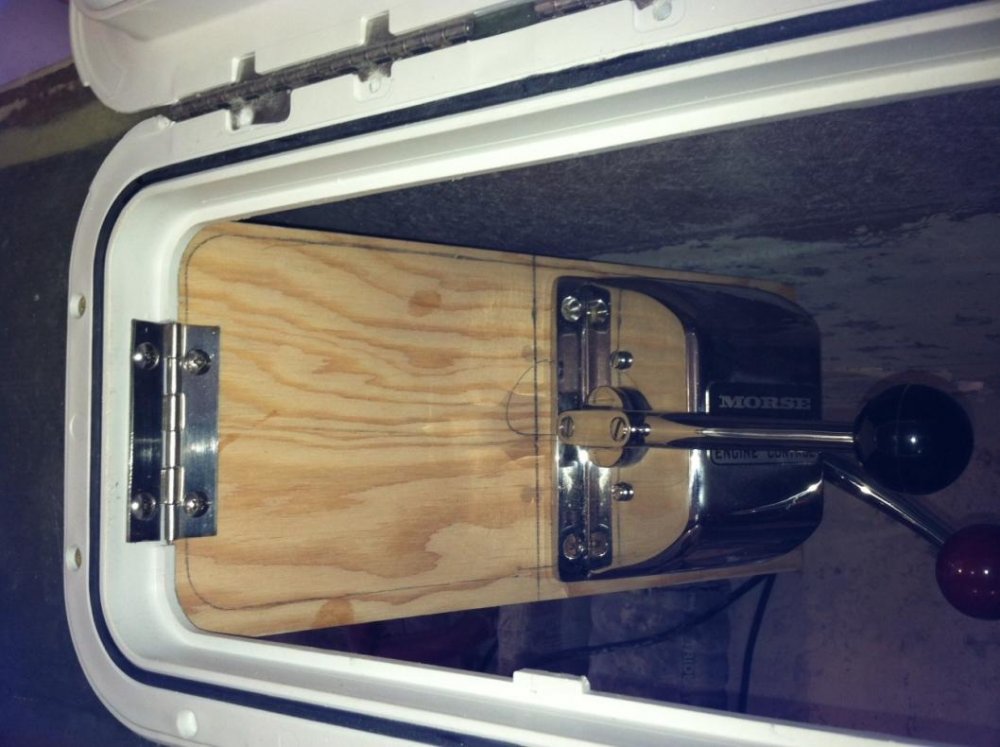 Looks good! Think about shortning the lever arms for added clearence and it will make it stiffer to prevent movement from a bump or harpoon line, plus it looks cool IMO. What model jog lever you going with a FU or non? I have the FU and rookies tend to oversteer that can be a problem when on GBFT at the end game but it is just like a tiller arm so very intuitive. I have thought about adding a toggle that would allow much quicker direction changes since it would not always finnish the last command before the next one that the FU does. I originaly put a FU lever in my tower instead of a helm trying to reinvent the wheel and on my first bunch, quickly found out that it would not work with all the quick direction changes needed to comply with the law "Follow the Dart" Good luck
You must log in or register to reply here.
Share:
Facebook Twitter Reddit Pinterest Tumblr WhatsApp Email Share Link