Turning a hydro pump on its side ??

Anybody know if i can turn my hydro pump a 1/4 of a turn so the ports come out on the side instead of out the top ?? 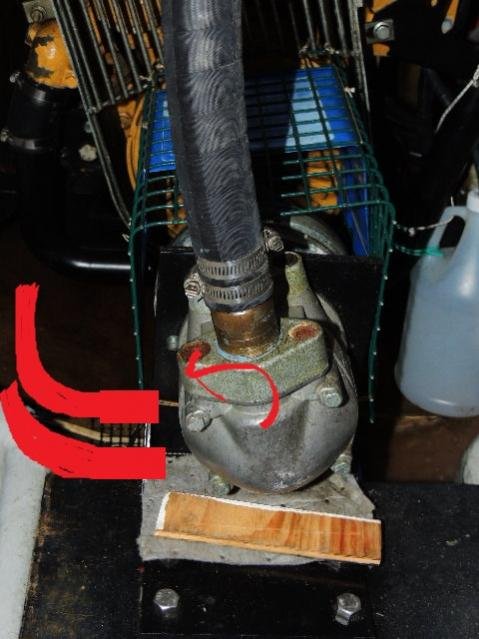 As long as you don't introduce air/cavitation in the flow. If the suction line is below the tank this should't be a problem. Smooth hose bends vs sharp corners help too.

The tank is above the engine so the flow to the pump isn't a problem. I'm planning to move the hydro tank over 8" to make room for the new helm in the house and run the hose down the bulkhead & next to the engine to the pump. I'd also like to make a engine box to cover up the engine and quiet things down with some insulation in the box. 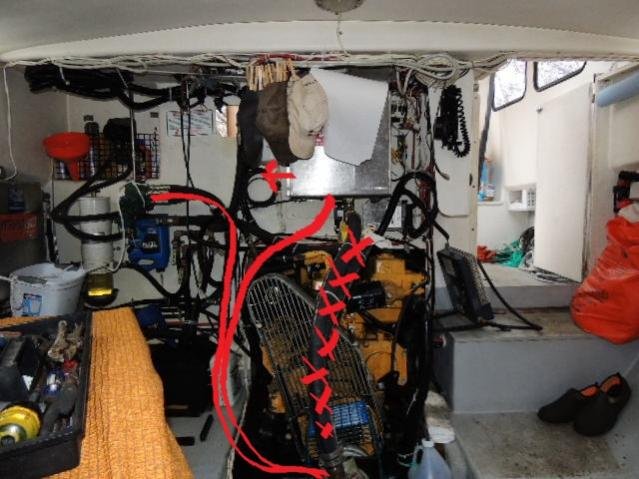 Just take out the bolts in the clutch and turn it the way you want.Warning,it can be hard to get the bolts back in.The pump and the mount and the clutch all sandwich together.I have used vice grips to hold the clutch to the moun tso I could position the pump.

Steve - I'm not familiar with that set up at all, but could you leave the pump the way it is and put elbows in for fittings?

Could, but then the oil would escape and make a mess

Last winter's project for me was taking a crane off an old telephone pole truck and installing it on a barge. The welders made up a frame and covered it with 1/8" steel panels bolted. I ended up putting a raw water oil cooler in later because the oil got too hot. I removed a lot of unneeded hoses and the tank was much closer so I think I basically reduced the oil volume.

The engine is an air cooled Deutz. I ended up rotating the gear pump 180 degrees from the original truck install. So now the in was the out and vice versa. Factory said it was OK. I wanted to use push on fittings for the suction but owner wanted JIC. I think they create more heat. 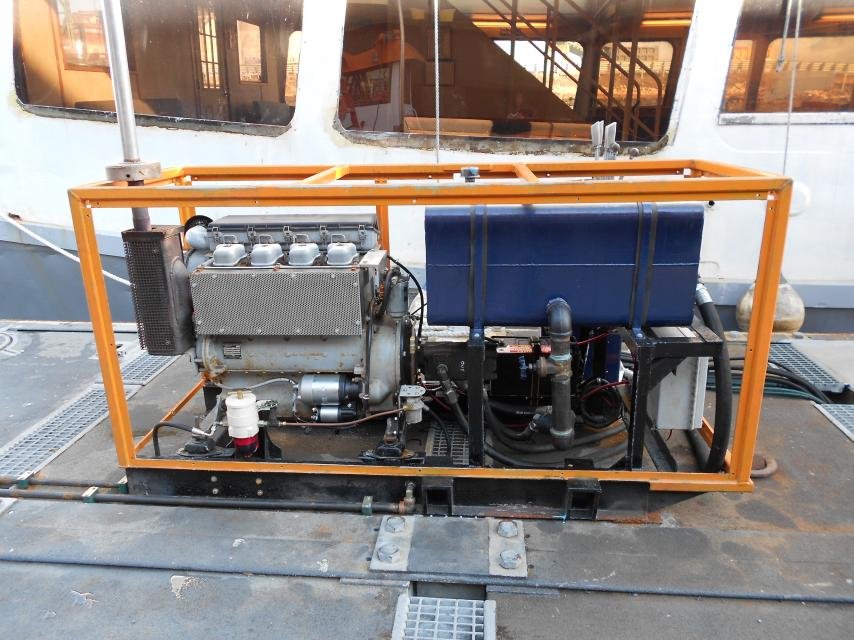 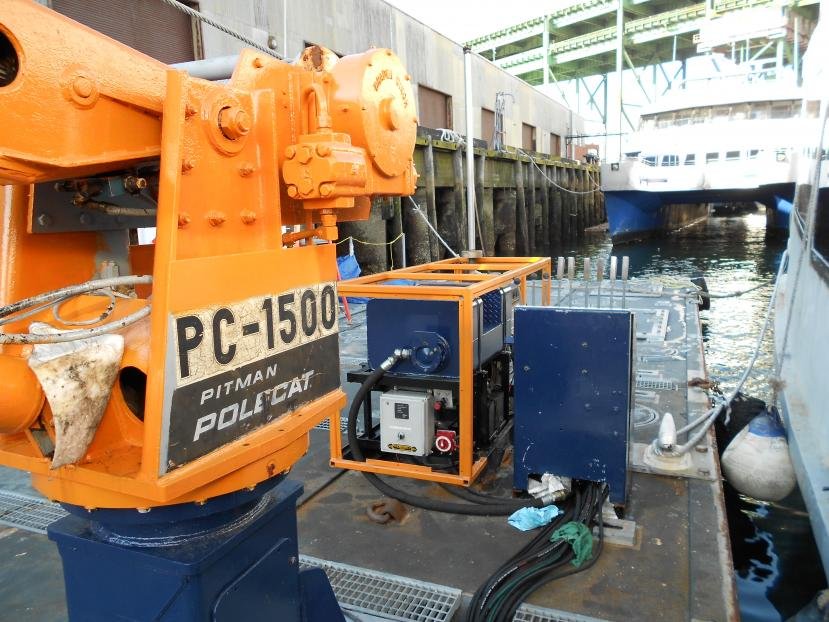 Every place you put an elbow in is like adding several feet of line, I think. At least that's what I've been told. Is there some rule of thumb for that?

Thats the way i bought the boat, looks worse than it really is but wait till i start trying to plumb in the auto pilot solenoid !! I have a friend that is a sprinkler fitter and i think he told me that a 90 degree elbow adds like a extra 10% restritction to the flow of a system, if i use anything it will be 45's to help make sharp curves.
Click to expand...

steveinak said:
I have a friend that is a sprinkler fitter and i think he told me that a 90 degree elbow adds like a extra 10% restritction to the flow of a system, if i use anything it will be 45's to help make sharp curves.
Click to expand...