Just about every downeast I see with a port (or stb if it's port helm) V-berth door, the door opens out into the wheel house, rather than into the V-berth.
Is this a CC code or just personal choice ?

MY experience is that the top of the door would hit something if it swung into the cabin space. No idea on CC.
S

South Shore Boatworks said:
the direction that the companionway door opens either in toward the trunk cabin or out toward the pilothouse isn't a code issue. but it would be awkward to open inward as the door could block a tight space if you had to get out of the trunk cabin in a hurry. and you are right you almost never see the companionway door opening inward
Click to expand...

My BHM originally opened out, I turned it in.
The space in the wheelhouse was much more valuable behind the door than in the V-berth.
The door opening out was in the way of having a port seat for 1 thing.
Having it in, much easier for charters to close for the ones that are bashful using the head (head is center, not enclosed)
Was never sure if it was a CC code for egress.
S

I know what you are saying about the space that a door takes up when open. I have routinely bi-fold the doors for that reason

We have a louvered door centerline on the boat that slide to the port side. And then the top slides forward along the ceiling of the cabin.

I made my door and folding bifolding hatch above out of quarter sawn white oak. The door hinges into the V berth and allows for the dash slightly slanting forward for 1/4" clearance. The door latches in the open position against the head and does not interfere with the use of the V berth. 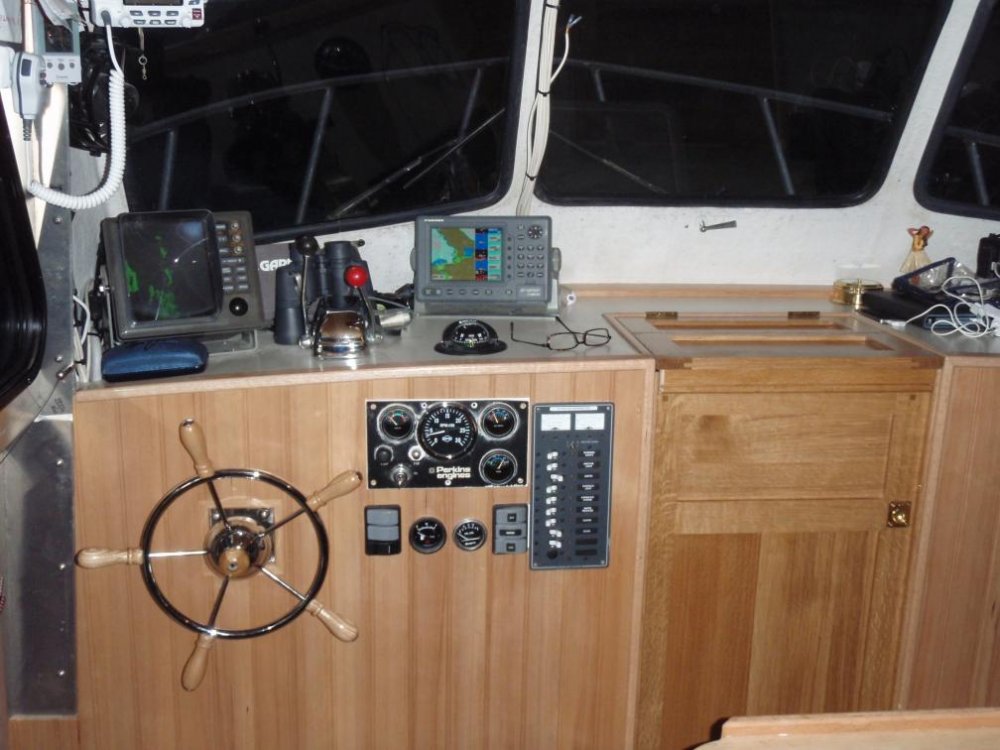 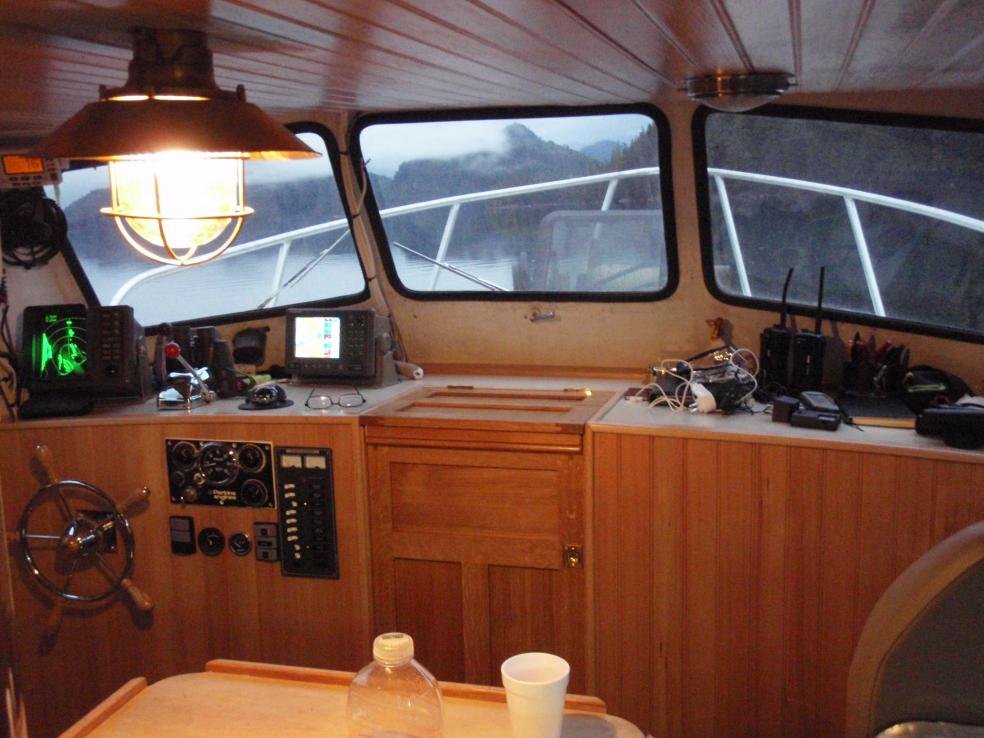 Steelguy- please start a separate thread on your boat. It looks like you have worked that thing over from head to toe with some interesting ideas that I am sure many would love to see. At least I would.

Toolate said:
Steelguy- please start a separate thread on your boat. It looks like you have worked that thing over from head to toe with some interesting ideas that I am sure many would love to see. At least I would.

ok, I posted a new thread as has been suggested on the renovation of our 30' Sisu.