What happened to this boat?

Back in the mid to late 70's and into the 80's, this boat was being built by a friend of my father's in the back of Tripp's Boatyard, in Westport, MA by a guy named Brad. I was around 10 years old, I remember Brad talking about how he was going to fish the boat someday and worked on it diligently when he could. Problem appeared to be money and he took other boat building jobs to support this one which left him little time to work on his own boat.

I'm not sure if he eventually ran out of money and the yard cut it up, or if he eventually finished it or sold it. I was just curious if this boat ever hit the water and if so what happened to her. My father has passed away and fell out of touch with Brad well before then.

So, has anyone ever seen this thing float? 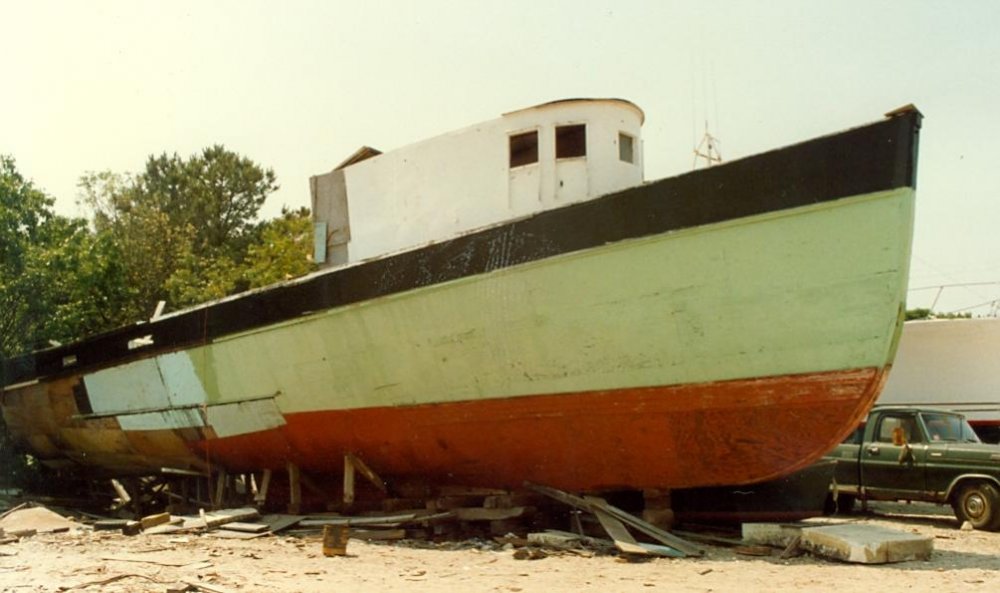