What is this knife used for?

So as to not hijack the Mudd Knife thread and since permits for a fishery they are used in may open up soon (hint hint). I bought some for the boat a few years ago from a knife seller at a fishing show. The seller is I was the first person in the three years he had carried the knife who knew what they were used for.

What is this knife used for?

Cleaning and scraping of swordfish
C

Yes, a slime knife used to remove the slime/mucus from the body cavity of a swordfish.

I grew up swordfishing in Shinnecock. The last day we left the dock to go swordfishing was June of 1975. That day we had five fish up and made five passes on one fish. All the fish were 10-12 miles southeast of Shinnecock. At the time I was fishing with a guy that would not have a stand or "Bronze Squid" on the boat.

It is interesting before the first Swordfish FMP there were two Scource Documents prepared dated May 1982 and February 1985. In the 1982 document it said the swordfishery would not be considered totally rebuilt until the fish returned inshore. This statement was not in the February 1985 document. Now they say the fishery is rebuilt and there are no fish inshore.

Back in the day the inshore swordfishery was all baiting/sticking fish on the surface. If the fish today were inshore we would see them. There are three reasons a swordfish comes to the surface: 1) To warm its body in the sun before it goes to the bottom to feed. 2) To digest its food. 3) To take a shit. Pressure wise do you know hard it is to take a shit in 100-200 fathoms? There was a cover picture in the 1970's for the National Fisherman on a stick boat about to stick a swordfish and there is a trail of shit behind the fish. The local stick boat guys talked about following the shit to the fish.
S 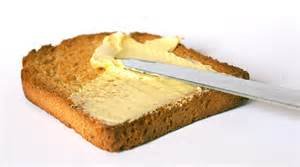 Frigate said:
Pressure wise do you know hard it is to take a shit in 100-200 fathoms?
Click to expand...