From another thread about the "speed" of Novi boats.

"are there Novi's out there that can get over 20knts?"

"Only ones I know of have Sisus in them".

OK, what in the world makes the SISUs push these boats,,, or any boat,,,, so doggone fast ??

Are these SISUs racing engines??? What is the SISU origin and what "makes these engines so fast". What are the hidden SISU secrets?

Gotta be somethin different about the SISUs than the other diesel engines used in boats?

btw, Travis, i'm just bustin them on ya but in all seriousness I have wanted to ask the question about the SISUs. You sell them, you like them, what about them?? Good engine? great engine?, what makes the engines tick and last?? Strong points? Weak Points? Why do you sell and promote the SISUs above the other brands??

Don't get distracted by my bright green shirt

They look like big, heavy and slow turning diesels. They wouldn't be my choice for speed. But maybe longevity.

Sounds just like my Detroit 6v53, except it is not fast! LOL


I read the brochure.
I can't find the torque curve of the 8.4

I'm tryning to get a comparison in my mind?

the engine chews up QSM11s
just sayin'
B

how do you figure it chews up qsm11s? just curious
i didnt think the sisu had the higher hp ratings

Chews up = they get a fine view of my transom
E

So yes, they sure do. Om nom nom nom. 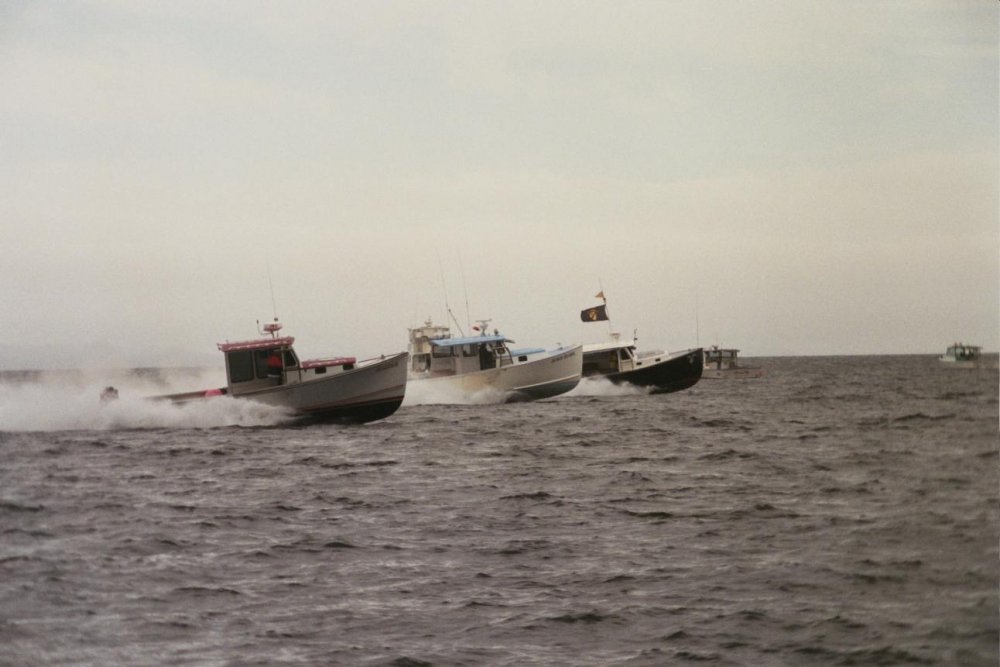 badabing said:
how do you figure it chews up qsm11s? just curious
i didnt think the sisu had the higher hp ratings
Click to expand...

F/V First Team said:
Chews up = they get a fine view of my transom
Click to expand...

I think you are "blowing diesel smoke up everyone's ....."

hmmm? i have never seen a qsm 430hp listed a 8.3 c yes but not the qsm11 but i see the only downfall of the cummins is it is much heavier and that may be where the sisu is winning but tough to tell and at least we can tell travis isnt biased......haha

I'm trying to get a sense of the "robustness" of the SISUs out on the wild blue seas, not the drag racing circuit?

The majority of us here do not race!

Travis did you repower "The Chain" with a sisu? i saw a sisu sticker on his boat at the pemaquid races. Was that the cat you took out a few months ago? If so what did he gain in speed and economy with the sisu?
J

Bill,I dont think Sisu power is any different then the others engines out there in it's class.....300 lbs give or take..is not going to make a huge difference...What i believe is ...(which some guys here dont know)The Otis family is very good at what they do.They build boats for a living and live to race..and the combination of the 36 Northern Bay and the Sisu..makes a great race boat...
W