Thanks for all the feedback. Did sea trial a 31’ a few weeks ago and do plan to buy one.

Please send me a PM if you come across a slightly used one.

jsakovits said:
Thanks for all the feedback. Did sea trial a 31’ a few weeks ago and do plan to buy one.

Please send me a PM if you come across a slightly used one.

I know of one in Cape May at the Marina where my friend docks. I'll put him on alert in case the owner decides to sell.

Rockasauras said:
I know of one in Cape May at the Marina where my friend docks. I'll put him on alert in case the owner decides to sell.
Click to expand...

Mr Machine said:
Wasn’t there a loaded 31 Steiger (Miami )at West Lake in Montauk ?
Always heard dock talk that it was the owner of Steiger
Click to expand...

The 31 at Westlake is Al Steiger's. It's a beautiful boat up close and he is a real nice guy.

I know its an apples to oranges comparison 23 to 31
I owned a 23 steiger 19 degree deadrise for 8 years & the boat was built solid but like all boats had its issues. The fore deck was cored and the anchor windlass, cleats and bow rail screw holes where not decored and had zero sealant, the worst was the 1.5' hole at the windlass for the rode to go down the exposed core was wet for 3 feet back.
The transom was still plywood in 2006 worst was the pockets at the bottom of the hull where the trim tab pistons are recessed they have fiberglass covers over them with 4 screws on each that penetrate the fiberglass hull all the way to the core again with zero sealant on screws that are below the water line, transom was water logged. When I brought the issue to Al's attention he just shrugged his shoulders and made a comment that all boats are wet somewhere. I ran that boat around 700 hours in the bays and ocean. On a nice day in the ocean it was fine but the afternoon South westerly's would slow you down to 9 to12 knots at best and constantly on and off the throttle, trim tabs and the helm to keep it pointed in the right direction. Makes for a long ride home. I have had it through 6 to 8 foot seas running along the bar coming through F.I. inlet (white water higher then the top of the teak windshield frame) and the boat would handle it very well never feeling unsafe the problem is that it can not handle a tight 1 foot bay chop you would have to keep it bow high and keep the speed down low enough so the bow wouldn't come over onto plane. so actual pushing water all the way across the bay. as soon as it would start to plane it would pound the crap out of everything including the crew. I would watch kids in a 13 ft whaler's passing me in those conditions.
To sum the ride I will quote my 90 year old father who has been on the water for 80 of those years. He would just sit on the starboard side and look at me and shake his head and say.
You Have Got To Be FFF---/---KKIINN Kidding Me. 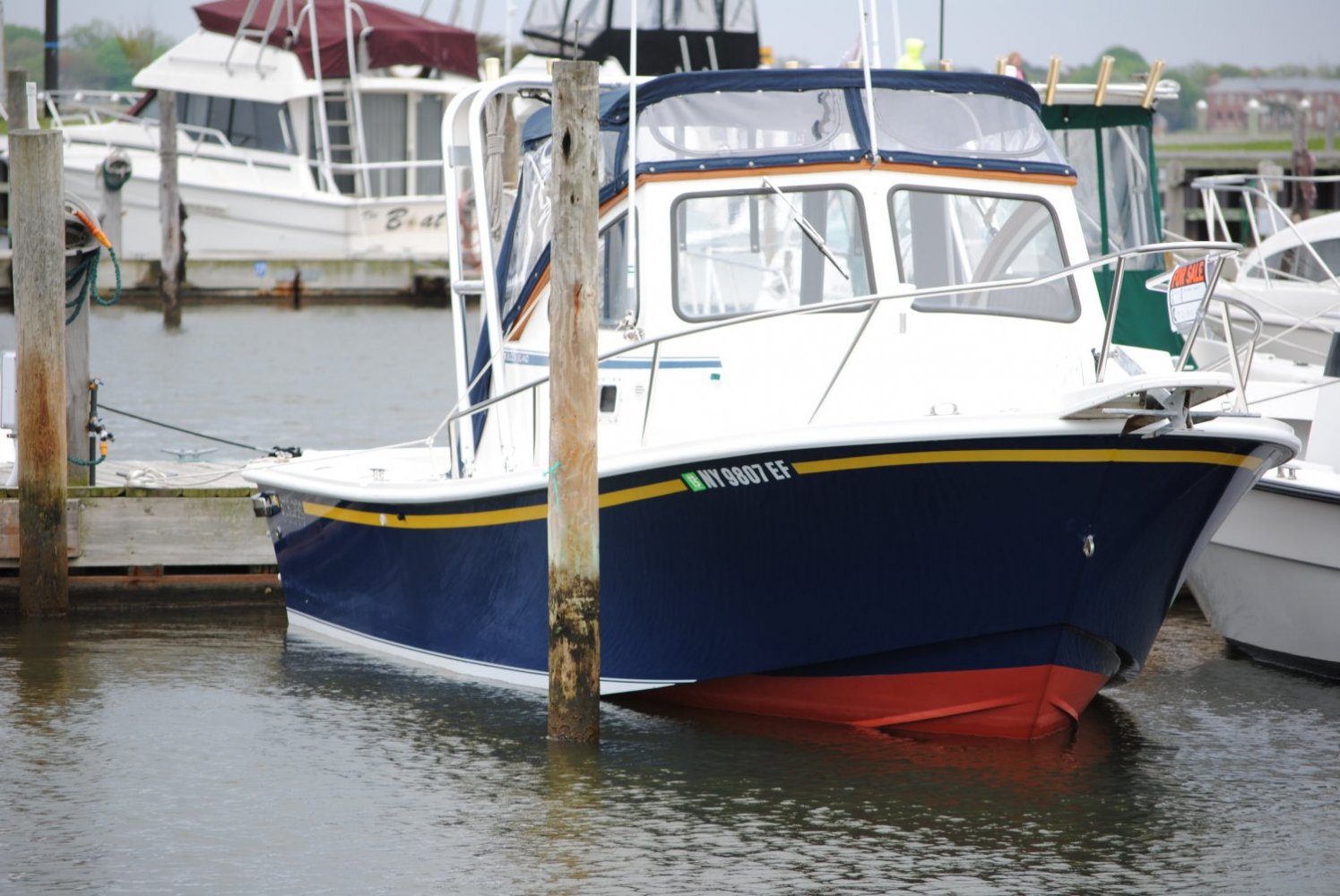