I know we may not get all downeasters with this topic. But i thought it would be cool if everyone could post a pic of their very first boat which then lead us all here where we are now. 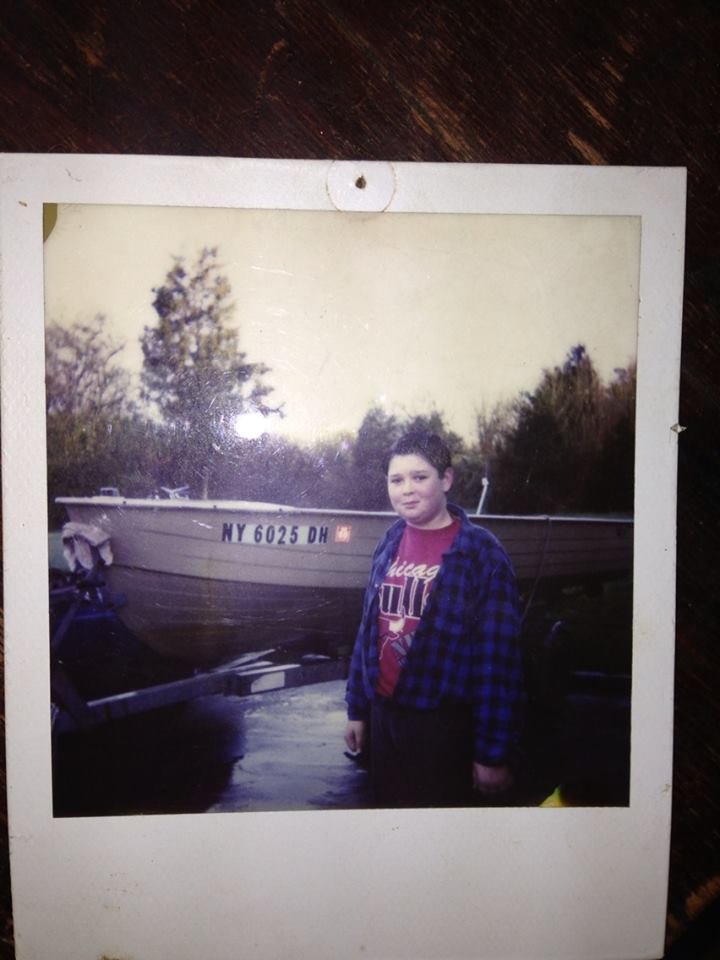 My first boat I owned... Dusky 20, after wanting some protection from the elements and downsizing with the HH40 I had with my dad came about the General Marine 26.

I will never forget for 3 months I owned HH40 with my Dad, the General Marine 26 and waiting for the Dusky 20 to sell... 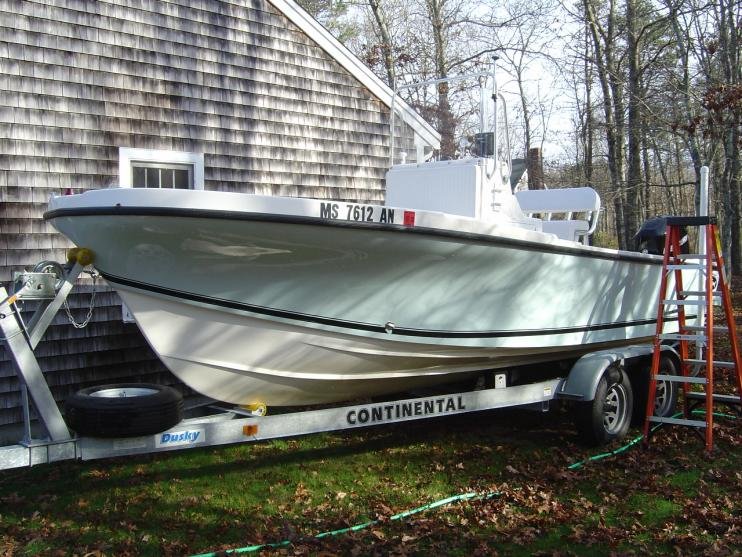 Sounds like me at one point. The first boat i grew up with was and still have a 1983 24ft privateer, then bought the 16' mirrocraft. A year later a 18ft starcraft. Then order in 8th grade my 18ft privateer brand new bare hull and assembled it with my dad. So now I currently have 18ft and 24ft privateers and the 35jc. I cant wait to see the rest of everyones stories.

Grew up on the water. First boat, an 8 foot dingy, with oars, I was 8 years old. Dad had a boat about 20 feet long at the time. My parents figured I was safer in the dingy crabbing than walking along the bulkheads crabbing. Came home soaking wet from falling in many a time before the boat (I swam OK, but I floated like a beach ball). The used 3 1/2 HP outboard appeared later on, followed by a brand new Scott 4 HP outboard, think it was a first communion present. Paid for the gas by selling Blue Claw crabs to the Striper fishermen (used to get a dollar each, but they only bought them one at a time), they broke them up and put them in traps to catch eels. I remember gas at the fuel dock being 32 cents a gallon!

If Dad had been a golfer, I'd have a lot more money today!

No pics again. First boat was a surfboard to paddle around little coves in CT. Then on to a 1956 Glaspar 13'er (red decks with white panels on the bow) bought at a yard sale for $300 with money made mowing lawns- lost the windshield over the transom hitting ahuge wake jumping wakes at age 13. Bounced off my head and cleared the engine and was gone. I had 8 lawns in 7th grade then my buddy moved to CA and I got his 6 so I was rich during the summers- 2 1/2 days of work for about $300 a week all summer....

It had several motors because we would let it sink at least once a year. The boat was on a dock in a tidal area so sat on the mud flats for 3 hours each side of low tide and if you didnt check it for 2 weeks and it rained often enough, the boat would sink tied to the dock which sounds bad but all you had to do was go at low tide and pull the plug and put it back when it had drained out.

Then 1977 15' MFG with a 60 evinrude, then a '78 I/O lake boat with a crack in the straight 4 engine block that spewed oil so bad that we made a copper funnel that it would spray on and drain down into gallon milk jug and about every hour you had to stop and pour it back into the valve cover (really).

Then a bayliner....ashamed to admit.

Then a 1977 28' Luhrs that absorbed about 1000 hours of work and ended up being given to a buddy when I had my first child in exchange for free breakfast and lunch at his deli for a year. It was better than paying yard fees for the winter and he still has the boat.

Then '06 Seaway which is for sale here.

Taking delivery of 1984 Sisu 30' Friday that I have never seen in person so will let you know how that goes.
P 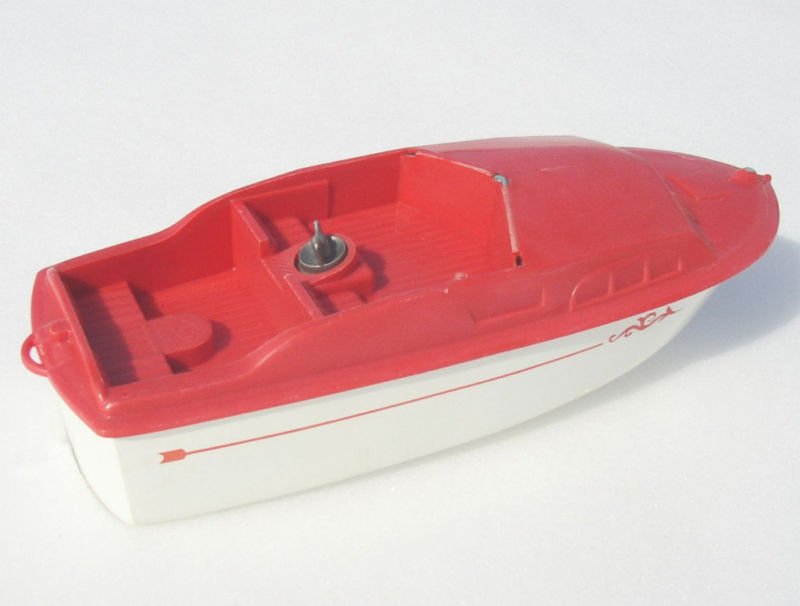 I started out without the diesel.... 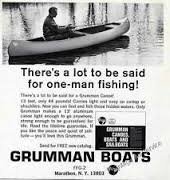 first boat, 11' jetboat. And yes, i was sitting on a phonebook! 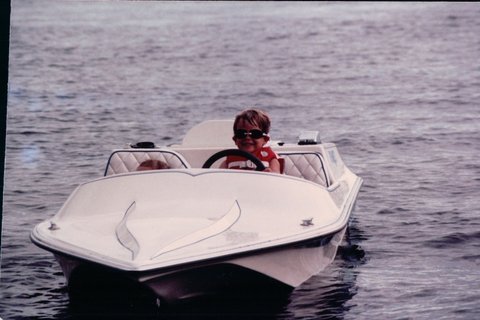 17 foot winner which is not just outside jones inlet
21 foot wood Garvey I got for free n my parents almost killed me cause there was 8 inches of growth on the bottom
20 mako I bought with my 2 brothers n we beat it to death!! Loved it
28 sport craft gill net boat we reported n my brother ripped the strut off in fundy bay taking "a short cut"
34 webbers cove with Volvo turbo diesel... Bought for $11,000... Everyone in Freeport laughed.... I sold it for $50,000 after I redid it
20 mako I bought for $500 n never told wife... This got her into boating
34 webbers cove with a 853 Detroit diesel...left handed wheel. Biggest piece if shit I have ever had. Used it 1 season n sold it
24 privateer I bought from FDNY (red one I sold 2 years ago...), wife came home n said whose boats in driveway? Sold it n redid 2 bathrooms...
24 Gwaltney I bought n never used so I sold it on eBay
24 privateer of which I have now and love....I'll only sell it if I find a privateer renegade with wheelhouse like I had or a 35 henriques I have an eye on

Pictures are probably here somewhere
B

First boat was a 24 San Juan sloop (yes, a blowboat, please don't think less of me). Does it make it better that I never had the sails or mast for it? Just had a little outboard and a barn door rudder.

Fourth boat 24 Eastporter project (I don't know why I have it anybody interested?)

15' Hydrostream Viper. 120hp 'Rude.
Got rid of it when bottom started coming apart

16' Hydrostream comp. Verado 120hp 'Rude
I think the motor weighed more than the hull, had my first near death experience with his one (more than once)

I think I may have left a couple out?

This is the boat I learned everything I know on(that's not saying a ton...but).

17' lapwork dory built by an old friend in Sheet Harbor NS. Unfortunately he passed away about a decade ago. The family got 25 years out of her though. We had an old 35 Johnson on her. She still holds water but is currently out of service replaced by an 18' Eastern that we keep in Nova Scotia. I'll probably end up trailering her down to Vermont.

Man that little bugger took on some rough weather when I was growing up.

This is the first boat I bought for myself. 1988 FourWinns H180. It's a fantastic little runaround for the reservoirs around here but useless on Champlain unless the weather is absolutely perfect. It's currently sitting while I try to find a used 150 to repower with that won't break the bank completely. I got three summers out of it before the engine crapped out though.

I'm hanging on to it for the kids to use for tubing and skiing when they get a bit older.

28 Peterson skiff that i bought when i was 17 started the addiction to kill fish That's Shark River's north channel i'm tied up in !! The island behind me is all townhouses now. 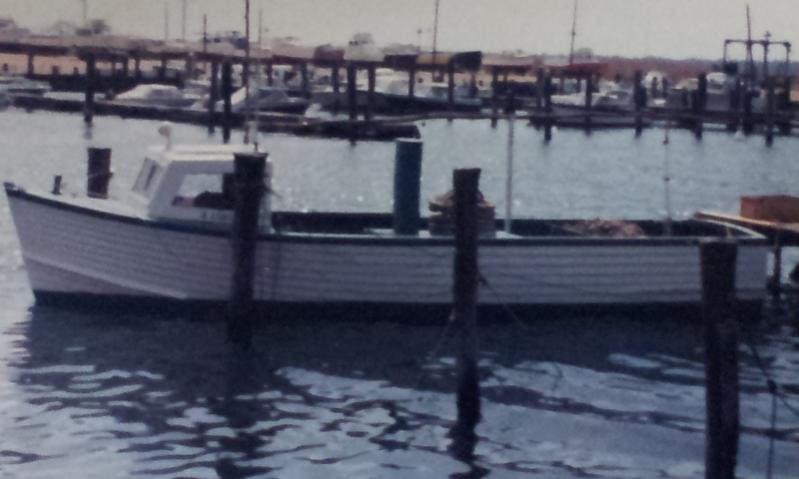 wooden Old Town, How is ended up in Ohio was beyond us but we learned a lot, Dad and me. Would love to have that Merc/Keifhoffer to look at again. 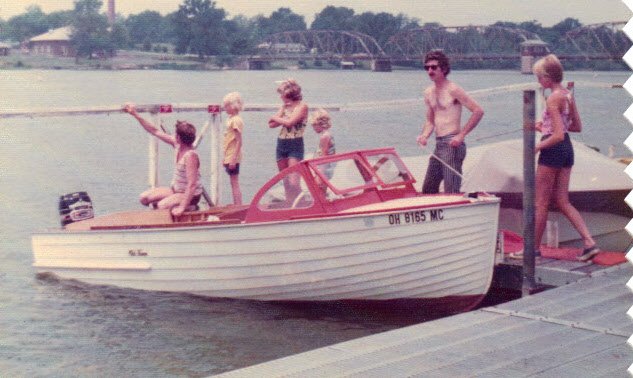 I bet I spent $4K trying to get the IOs up to snuff.
IMO, inboard/outboards/biggest pieces of crap ever designed.

This was my first boat. 1969 Chrysler conqueror. Put a 115 Evinrude on it after Dad and I drug it out of the weeds, replaced rotted wood and a fresh cost of paint. Wish I had some pics if it. 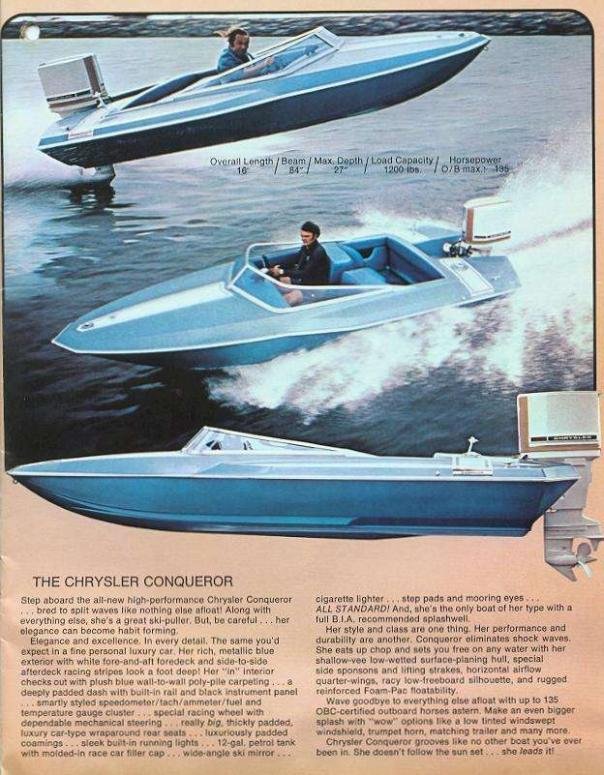 15' Hydrostream Viper. 120hp 'Rude.
Got rid of it when bottom started coming apart

16' Hydrostream comp. Verado 120hp 'Rude
I think the motor weighed more than the hull, had my first near death experience with his one (more than once)

I think I may have left a couple out?
Click to expand...

Is yours the one that was at Hudson Point in Freeport?
U

ORIENT STAR IV said:
Is yours the one that was at Hudson Point in Freeport?
Click to expand...